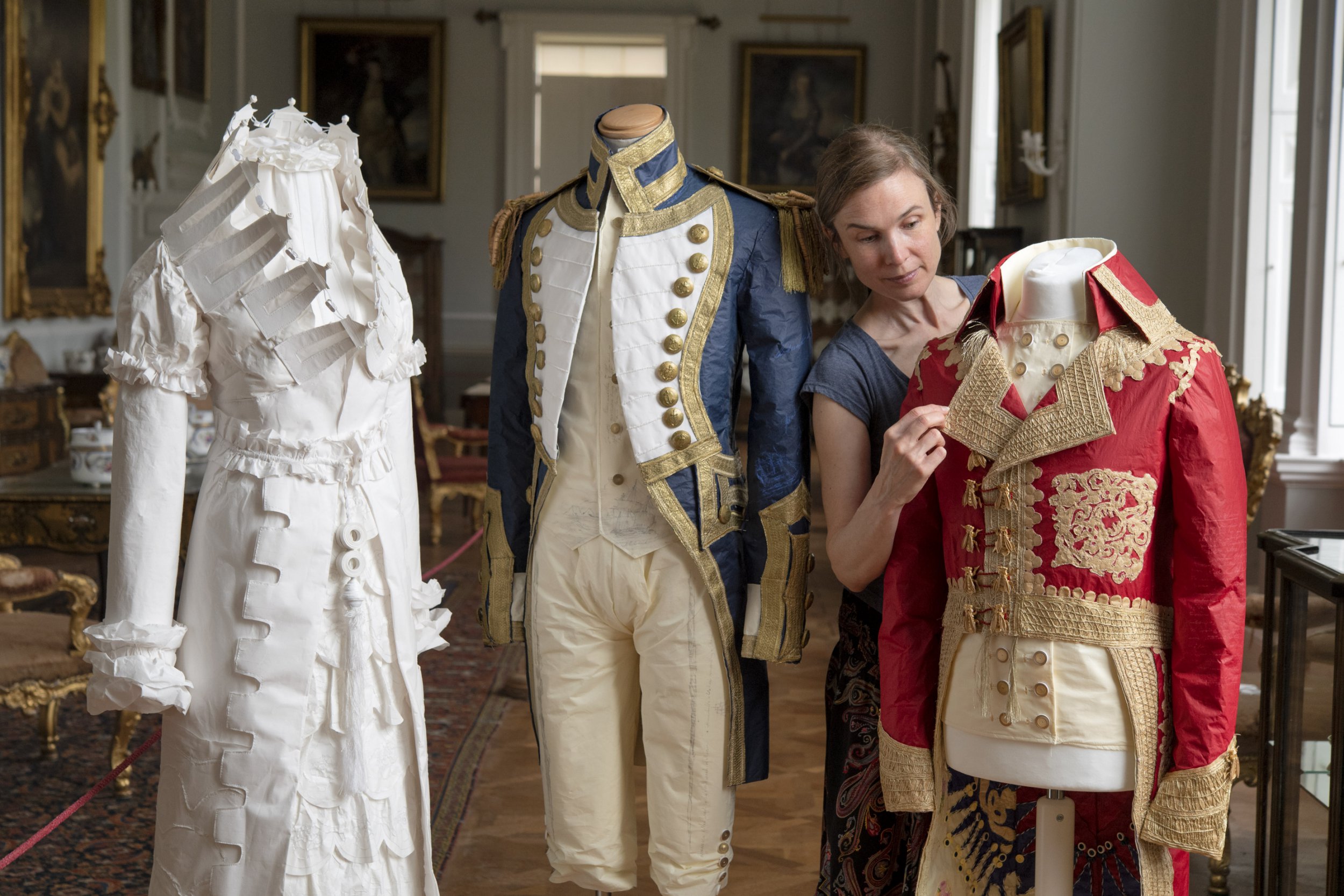 If you’re a little bit obsessed with the fashion worn on Bridgerton, you’re going to love this artist’s work.

The same goes if you really, really like paper.

Stephanie Smart has produced 11 life-sized outfits inspired by the Regency era – all made out of paper.

They’d be impressive if they were made out of usual fabrics, but the fact the pieces are constructed from paper makes them all the more mind-blowing.

It took Stephanie two and a half years to complete the works, which are now on display at part of The Regency Wardrobe Exhibition at Firlie Place in East Sussex.

Stephanie, 46, from Heathfield, East Sussex, said: ‘I didn’t really know about the Regency period until I completely immersed myself in the project two and a half years ago.

‘It is such a fascinating period and the women were less corsetted so they had more freedom to move in their dresses.

‘I had to include Napoleon as he was such an important figure in that period and put him next to a British naval officer to get that rivalry.’

Stephanie set up her fashion house and fine art studio, The House Of Embroidered Paper, in 2017.

To research the regency project, she visited museums and private collections to study garments from the period in detail.

Before that, she had been producing other items of clothing with paper after being inspired by a paper kaftan made for a Sultan.

Stephanie previously created the collection Maison de Papier inspired by past and present residents of a Grade I listed Elizabethan mansion in Sussex.

If you’d like to see her works in person, the exhibition takes place from August 29 to October 26.