Home » Fashion » As Fashion Tackles Its Diversity Issues, What Role Can Mentoring Play?

As Fashion Tackles Its Diversity Issues, What Role Can Mentoring Play?

LONDON — Last year the fashion industry had to come face-to-face with the lack of diversity that exists, not only on its public-facing runways, but also in offices, design studios and on sets.

The issue moved to the forefront last spring following the killing of George Floyd and the ensuing Black Lives Matter protests. Almost a year later, keeping the issue top of mind and working behind-the-scenes to ensure long-term change remains as urgent as ever.

The route toward such change is long and complex, but a number of practical solutions have come up among those committed to doing the work. Mentoring could be one of them, with more established industry professionals volunteering their time, networks and knowledge to help students or younger members of the industry who come from underrepresented groups.

Opportunities for those individuals are often not the same and in some cases, once they do enter the industry, they aren’t always met with inclusive environments, so guidance and increased networking opportunities from industry veterans could help provide them with adequate tools for success.

A number of mentoring initiatives have been set up in the last year, from brands and individuals. Danish label Stine Goya, for instance, partnered with Mentoring Matters to offer mentorship and a paid-work placement to a candidate from the initiative. The brand is joining mentors such as Alighieri jewelry designer Rosh Mahtani, fashion stylist Jeanie Annan-Lewin and Vogue.com editor Chioma Nnadi.

The organization said it works with “candidates from Black, Asian and minority ethnic backgrounds [and through mentorship] aims to redress the balance of equality and opportunity within the creative industries.”

Elle U.K. editor in chief Farrah Storr has been working with the Social Mobility Commission for years to identify ways for getting a more diverse pool of talent through magazines’ doors: “More than 30 percent of leaders in the media come from private education or have an Oxbridge [Oxford and/or Cambridge] degree. That’s not to demonize people who come from that background — not at all — but it is to say that it makes it quite difficult if you are someone, like me, from Salford to see where your place might be. The media is supposed to represent the nation, and I don’t think we’ll be able to do that if everyone who’s in the media is the same [in terms of both] race and class,” said Storr who has invited 12 students to help edit Elle’s last September issue and receive mentorship along the way.

“We are also committed to extending that mentoring program for a year, because what’s important is not to give students access to this world, [then] suddenly take it away. What we’ll do is open up our networks to them. That’s the whole point of the media. They have to open up their little black books,” she added.

Making connections was the reason Dior Bediako launched The Junior Network, a membership-based platform that developed into a mentorship scheme.

“The last problem I had as a professional was access to a network of like-minded individuals and senior leaders,” said Bediako. “The idea for the members’ club was to create grassroots connections and through that I was doing events, so many different companies welcomed us and gave us a chat.”

Through her work for The Junior Network, Bediako noticed a series of common issues, from worries about low salaries, to self-esteem issues and looked at addressing them through one-on-one mentorship, but also by launching dedicated online courses, including a soon-to-launch confidence course.

“A lot of people aren’t comfortable in fashion offices, because the working culture is centered on whiteness. Company culture usually revolves around what white people like to do in the spare time, there’s a lot of differences,” Bediako said. “Mentoring helps, mostly in a reverse mentoring way. In mentoring a young Black girl or someone from a specific cultural background, the senior leader — and most of our mentors were white and female — they get to have that proximity and learn about everyday experiences, and cultural celebrations. That’s where the mentees are of benefit, they can be really true about who they are and share their experiences in that way.”

“The pandemic demonstrated the urgent need to help juniors in the industry to thrive,” said Falconer, who worked as business director at Matthew Williamson and is now a brand consultant. “Following the Black Lives Matter movement in June, we also had the opportunity to take a hard look at what we’ve built over the past nine years and make sure it went back to our core business mission to offer open conversation and sharing of ideas that will drive the industry forward.”

The program started with 12 mentees, who were paired with experts from across the industry, including the likes of Maria McClay, Google’s senior industry head for luxury; Nina Patel, director of retail innovation at Farfetch, Susie Mashford, head of marketing at Ganni; artist Wilson Oryema; and coach and business strategist Vanessa Belleau, among others.

“Mentoring only has great benefits in my view,” said Belleau. “It really helps people from all backgrounds, and especially those from marginalized backgrounds to ask themselves relevant questions and get important answers by getting a new perspective and also by discovering new ways to achieving their potential.” 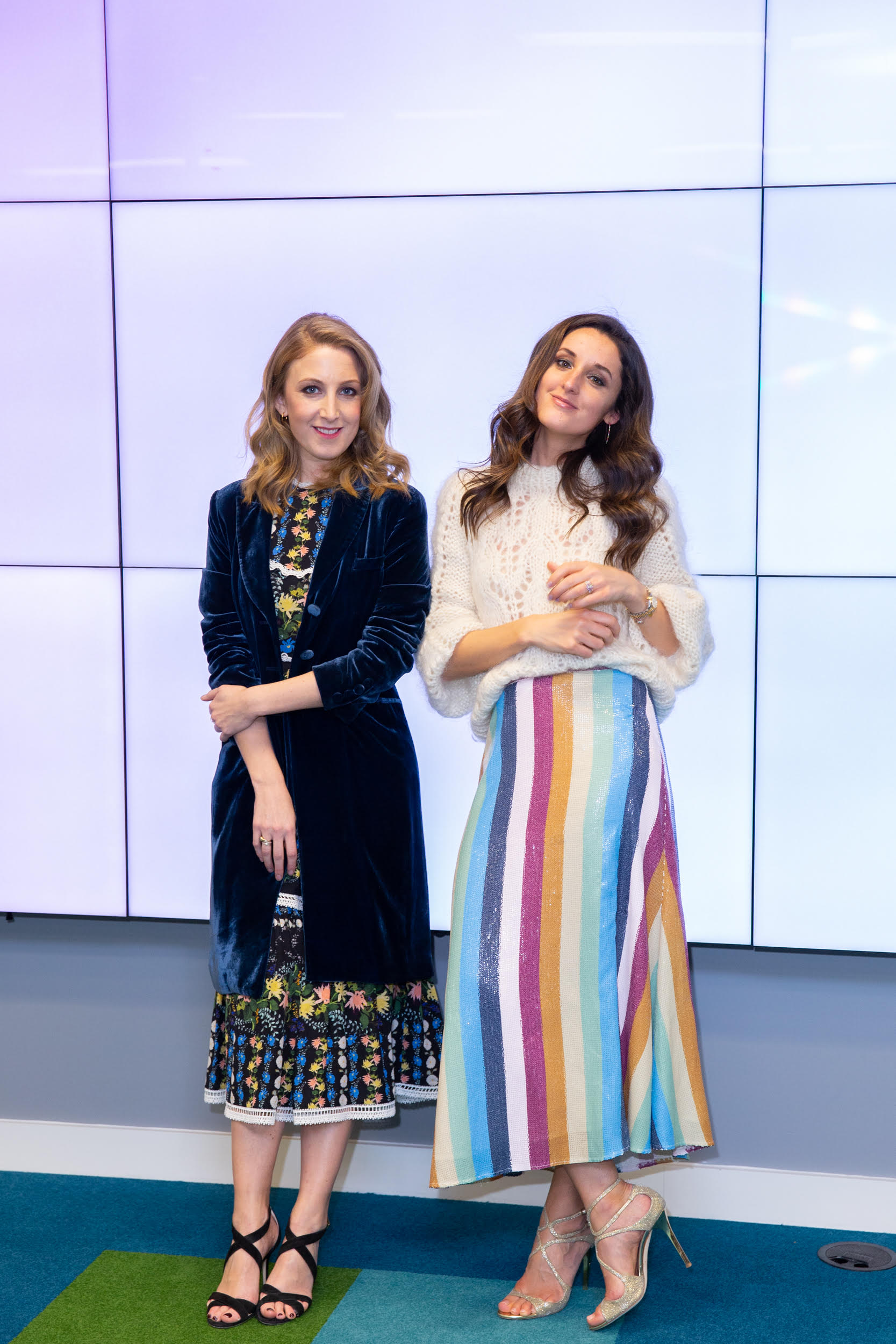 FashMash’s aim has been to work with young professionals who have the potential to excel, but may lack the necessary access and opportunities.

“We specifically focused on candidates from underrepresented backgrounds. We just weren’t prepared to take [someone from] the typical upper middle-class backgrounds, who do come through the doors of fashion brands quite often,” added Falconer. “We felt like those candidates had enough help already in the industry and that’s not the aim of this mentoring scheme.”

The criteria for the mentoring scheme required candidates to be under 27, to be earning under 25,000 pounds per annum, and to pitch why they want to be mentored and how they want to shape the future of the industry with their career.

“We were very aware of how careful we needed to be with how we selected candidates. It was only through spending ample time examining applications that we were able to handpick individuals,” Falconer said. “It’s worth saying that a lot was also ascertained in direct conversation with applicants, where they felt more able to freely express any hurdles they had faced in entering the industry.”

All participants already work in the creative industries, so the goal hasn’t been to give them a way in, but to ensure they have the tools to continue progressing.

“Once you get your first role, you kind of feel like you’ve got to kind of figure it out for yourself,” said Arthur, pointing to the importance of providing mentorship past the university stage, helping young professionals achieve their potential and move their way up to leadership positions.

FashMash mentees work all across the fashion sector, from sustainability startups, to buying teams, paralegal departments of luxury brands, or management consultancies. Like many in their generation they are passionate about sustainability, technology — and having a side hustle.

“Those early stages in your career mean you’re sort of a jack-of-all-trades within a business, because you’re in a junior role,” said Arthur, a sustainability consultant. “Many of them are faced with pressure to get to next stage, whether it’s pressure from themselves, from the industry or from peers to keep going and to do more. It speaks to the world we’re living in.”

The pressure to keep moving up, often comes clashing with racism in the workplace or pay discrimination, which some FashMash mentees have fallen victim to in the past.

“These individuals spoke about having put up with [racism]. But how do we move beyond discrimination being the norm and ensure that these young people don’t get left behind in terms of progression?” Arthur posed.

For Farfetch’s Patel, who often had to face being the only woman of color in the room, mentoring can be a big part of the solution when it comes to challenging such industry “norms.”

“Mentoring can address the industry’s issues with inclusion, firstly by raising awareness,” she said. “Working in the British fashion industry it’s been the norm for me to NOT be surrounded by faces that look like mine. FashMash’s mentoring is an opportunity to be part of changing this for the future, encouraging and developing the next generation of industry leadership, so that when they are one day in my position, they see far more faces that look like them.” 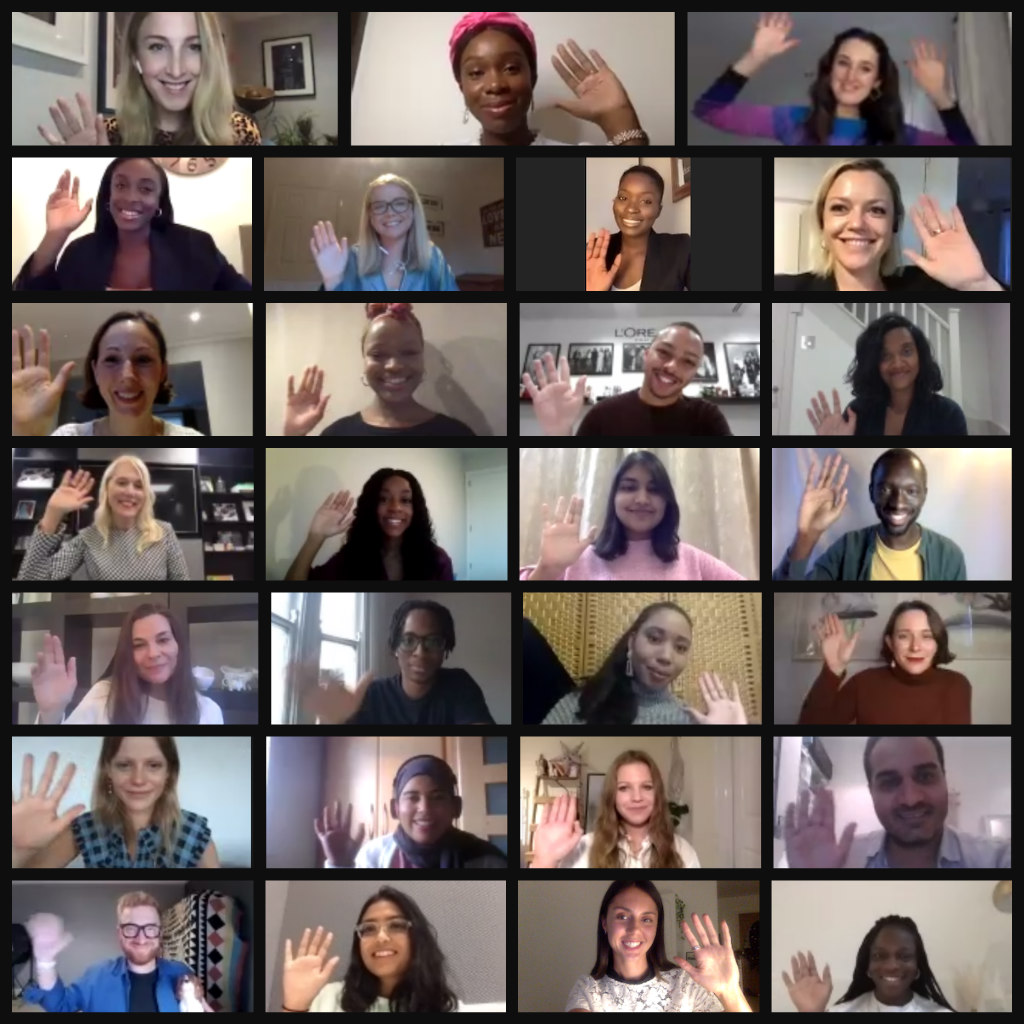 Young employees have also been hit particularly hard by the wave of redundancies across the industry as a result of the pandemic and are often among the first to be put on furlough or let go.

But the silver lining amid all the pandemic-related uncertainty has been the growing confidence among these individuals to make their own way: “There is this sense of ‘I’m going to do it for myself.’ That’s why we see so many side hustles,” Arthur said.

And according to Falconer, traditional employers and industry veterans could learn a thing or two from these young peoples’ resourcefulness.

“We as employers need to start recognizing that side hustles can benefit their day to day role and benefit the business they’re working for,” she said. “This generation is often criticized for always hustling or always pushing for more, but it’s actually because they’re so aware of what they can offer. It’s a really fascinating way of working that I think we’re all going to start needing to adopt.”

The FashMash program aimed at offering a variety of experiences: Outside of monthly sessions with their mentor, mentees also have the opportunity to participate in bigger group sessions, listen in to talks by industry experts like GoFundMe chief marketing officer Musa Tariq, and have one-on-one advice sessions from Falconer and Arthur. Some of the results became quickly visible in the form of new professional opportunities for the mentees, with some getting consultancy gigs; a placement at the fashion label Olivia Rubin for another; and even an opportunity to join a mentor at Textile Exchange.

“Mentorship has not only allowed me to gain my knowledge on sustainability in the fashion industry (which is where I would like to focus my career), but it has also opened me up to so many more opportunities and perspectives in the industry,” said Bonolo Madibe, who took on the role at Textile Exchange as a result of the program.

Others spoke about finding “accountability partners” and “personal cheerleaders” in their mentors, upskilling and growing a support network to navigating issues like being made redundant during the pandemic.

“Working in the fashion and sustainability fields as a person of color can be tricky to navigate, but the sessions I’ve had with my mentor and our group have provided invaluable guidance and an understanding of the nitty-gritties of a flourishing, impactful career,” said Nayanika Bharadwaj who works at the tech start-up Supply Compass. “It’s inspired me to be more confident in my skills and abilities, plus the incredible network we have gained access to has been so important as well.”

“A lot of it comes down to something that is almost impossible to achieve on your own, which is the network side of things,” added Arthur.

As the first cohort of the program reaches its end and a new round of applications begins, the challenge will be around scaling it up and keeping the conversation going, even once the initial buzz dies down.

“There’s been a lot of education that’s been going on and a lot of people being vocal. Right now we need to marry the voice and the education, to rebuild the foundations of company culture, industries and mind-sets,” Bediako said. “It’s been a good start but what’s to come next is actually the real work.”