THE January sales are a huge attraction for everyone after the festive season ends – particularly for bargain hunters.

But how do you know if you’re bagging a good deal? 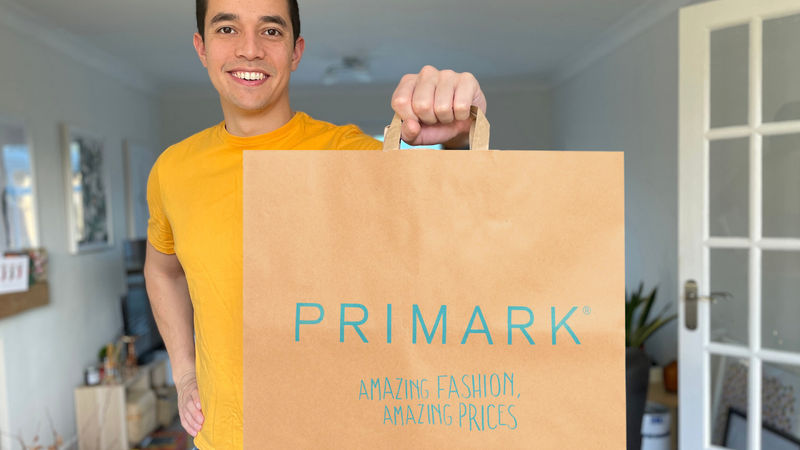 Tom Church, co-founder of the deal hunting community LatestDeals.co.uk said, “This year, like any other, online and high street stores are luring us in with some incredible bargains.

“However, before you max out your credit card or spend your entire shopping budget for the month within a matter of hours, it’s worth taking the time to think about what you need.

“Shop smartly so you avoid making some serious mistakes.

Don’t buy high-fashion pieces or trendy clothing. If they’re on sale, the style is on the way out.

By the time you get home you’ll look like someone with a dated wardrobe. Stick to classic items such as knitwear, tees, or plain colours. Timeless styles.

Check for damage and haggle an extra discount

Sale items get tried on the most. This means there’s the highest chance of it being stained with make-up, or damaged. So check the clothing more than normal.

If you see a mark you have a choice: leave it, or try to bag an extra discount at checkout. Often, cashiers have the power to give a further discount of up to 10%.

It’s January and you’re going to the gym. You’re on a mission to lose weight for the Summer and wow that top is nice, and only £1! But it’s a smaller size… Don’t do it. 70% of people quit the gym after two weeks.

I’m not saying you will, but use it as motivation. Save the cash, keep working out, and when the Summer comes treat yourself to something you know will fit.

Don’t assume all stores have the same stock

If you have a Primark in your town, Google how far away the next Primark is. It pays to shop at both. Don’t assume stores will have the same items on sale.

For example, I recently did a YouTube video showing the best deals at Poundland. I went to two stores in Manchester and they had completely different offers. One had personalised initialed mugs down to 50p, the other had loads of classic Disney Blu-Rays down to 50p.

I learnt this from my girlfriend. Only buy clothes that work with multiple options. Like a top that goes with jeans, but also under a pencil skirt, or with shorts.

Avoid clothing that only works with one thing you have. This way you make your budget go further, getting multiple outfit options from one.

Perhaps this should be the number one mistake I see FPs (full-pricers, people who pay full price) make in the January sales. They only think about the big fashion chains like Primark or New Look. Remember that small independent charity shops have sales too.

They’re often clearing out any unsold Christmas stock like games, cards, decorations and homeware for pennies. At my local Barnardo’s I found a brand new game of Catan, a classic board game, for £1.99 when it sells on ebay for £23.99.

Not in stock? Ask which store has it

I used to work in Hobbs, the ladies womenswear retailer, and on the till you could look up an item and see which other stores had it.

That included sale items. So if you spot something online but it’s not available in your local store, ask a cashier to see if it’s available anywhere else. It might be worth the drive if it’s a real bargain.

Ebay, the paradise of deal hunters. Ebay is where everyone in the whole country lists unwanted, unopened Christmas presents.

It becomes the biggest January clearance retailer by far. Everything you could want is there: Designer clothes, NIKE trainers, games consoles (usually the lower generation because people get the newer ones for Christmas), smartphones, books, homeware and more.

Search ebay for whatever you want and use a filter to select only new items (if that’s important to you). You can also filter by price and free delivery. My favourite ebay tool is called Lastminute Auction and it shows you all the stuff that’s 99p and about to finish.

Head to easyJet’s website and The Big Orange Sale is now on. But use a flight comparison tool such as Momondo and Kayak, which have nice graphs showing you historical average prices, and you’ll see prices are about the same as they always are at this time of year.

So don’t feel pressured into buying your tickets. Take your time to research the best option. On average, the cheapest time to buy plane tickets is six weeks in advance. The only thing you should be in a hurry to get is your COVID-proof travel insurance.

Debt, and that’s exactly what Buy Now Pay Later schemes are, should only be used for things you need. Use debt to buy a car, a house, a degree.

Not clothes in the January sales. You don’t want to start 2022 spending beyond your means and having to pay it all back for the rest of the year. I have a love-hate relationship with these schemes which are increasingly offered at checkout online with tantalizing buttons and lower prices.

It’s fine if you’re able to pay it back on time, but as soon as something goes wrong like you lose your job, or incur a bigger expense, it’s like a fire in your purse burning a massive hole. Best to avoid and spend what you can afford.

Note that with some of these Buy Now Pay Later services, you usually have 30 days to pay. So if you order clothes that you intend to try on and send back if you don’t like them, make sure you return the clothes promptly.