A FATHER-of-the-bride’s girlfriend has been slammed online after wearing a pale full length ball gown with a train to his daughter’s wedding.

Taking to Reddit, user nicole3696 shared a group shot of the newlywed with several wedding guests including her dad and his partner. 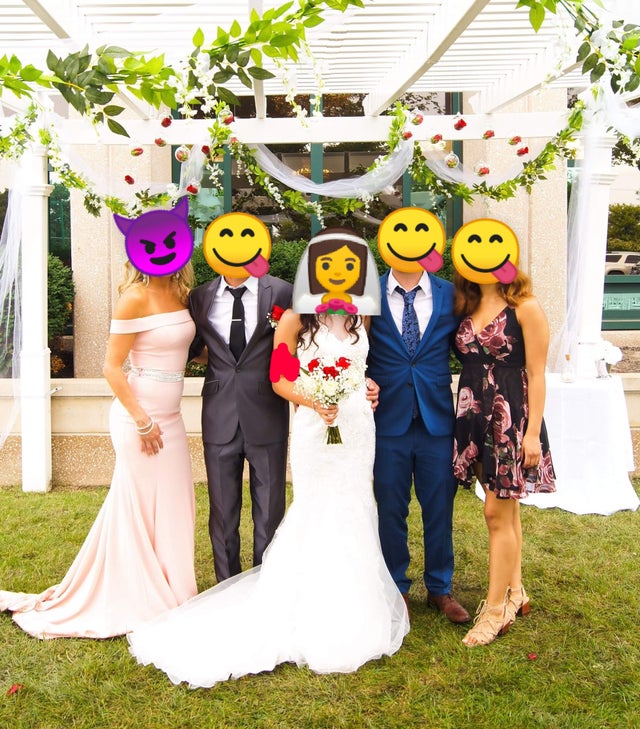 At a glance you would be forgiven for thinking there are two brides in the photo with her dad’s new girlfriend dressed in a full length pale pink dress.

The off-the-shoulder number was finished with a diamante belt and has a long train at the back – not dissimilar to one on the bride’s gown.

Captioning the snap the Reddit user wrote: “Father of the Bride's girlfriend wore light coloured dress with a train to his daughter's wedding.”

And fellow Redditors were equally horrified by her choice of outfit, accusing her of trying to “compete” with the bride. 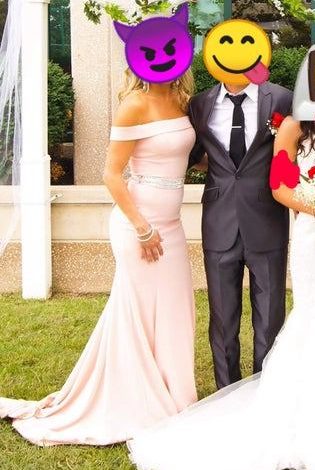 Commenting on the post, one wrote: “Wow. Just… wow. How blatant.”

Agreeing a second added: “It's even worse given the type of the dress of the bride almost the same style.”

“Dress looks great on her though. She just chose an awful time to wear it” said another.

“That train tho” remarked one Redditor, adding “Definitely looks like she’s competing with the bride.”

The photo was shared on the subreddit r/weddingshaming.

The group has almost 30,000 members and is described as a "place to shame wedding themes, brides, grooms, wedding party, in-laws, outlaws, guests, Uncle Bob, vendors… you name it, we shame it!"

In other wedding news, a groom has been blasted for wearing "grass-stained" jeans to his wedding, while his bride wore a full bridal gown.

Plus a man has been blasted for admitting he wants to buy his girlfriend a £180 engagement ring – despite planning to splash out £250 on a TV.

And we shared how a boyfriend secretly ‘proposed’ with ring in front of unsuspecting girlfriend for a MONTH – before finally popping the question.