A WOMAN’S engagement ring has been compared to an insect after she proudly flaunted the homemade jewellery.

She revealed her boyfriend has proposed with a ring he made himself, using a very unique stone. 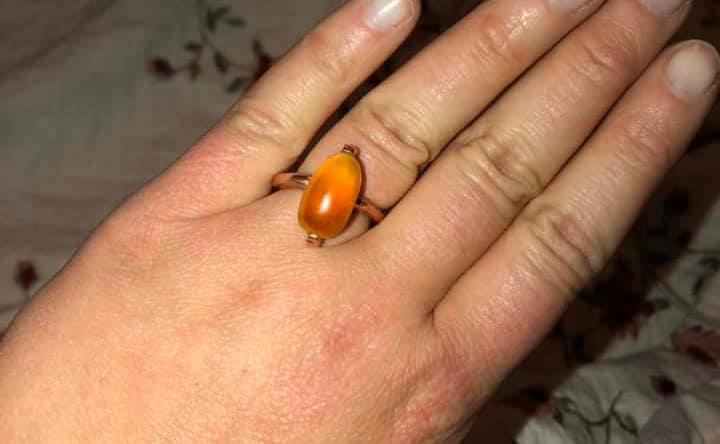 The ring is made from opal, with her new fiancé opting for an amber-coloured stone.

But the unfortunate colour and shape has seen it compared to everything from a boil to a tick.

A snap of her ring ended up on Facebook group That’s It I’m Ring Shaming, where it’s racked up hundreds of comments.

Despite her being proud of her new piece of bling, others weren’t so sure.

Commenting on the post, one person said: “So… that’s not your daily dose of fish oil?”

Another person wrote: “Her dermatologist might want to take a look at that!”

A third added: “That boil definitely needs looking at.”

This person commented: “I for sure thought this was a bug and here I am disappointed it’s this eyesore.”

Meanwhile this bride was fuming after her pal married them in a skin-tight mini-skirt.

This bride who was diagnosed with terminal cancer had her arm amputated to have enough time to get married.

While this woman also wore a white dress to her mate’s wedding – and nearly flashed her knickers.