Twinning alert! From her Friends days in the ‘90s and early 2000s, Courteney Cox has always had great style. And now her daughter, Coco, is showing she’s taking after her mom — literally! — by sporting a dress the actress wore over two decades ago.

Cox posted side-by-side photos on Instagram on Tuesday, June 11, of each wearing the frock — a periwinkle slip dress with a sleeveless, sheer blue lace overlay. “I’m not one to hold onto things but this was a damn good purchase! 21 years later…,” she captioned the photo. 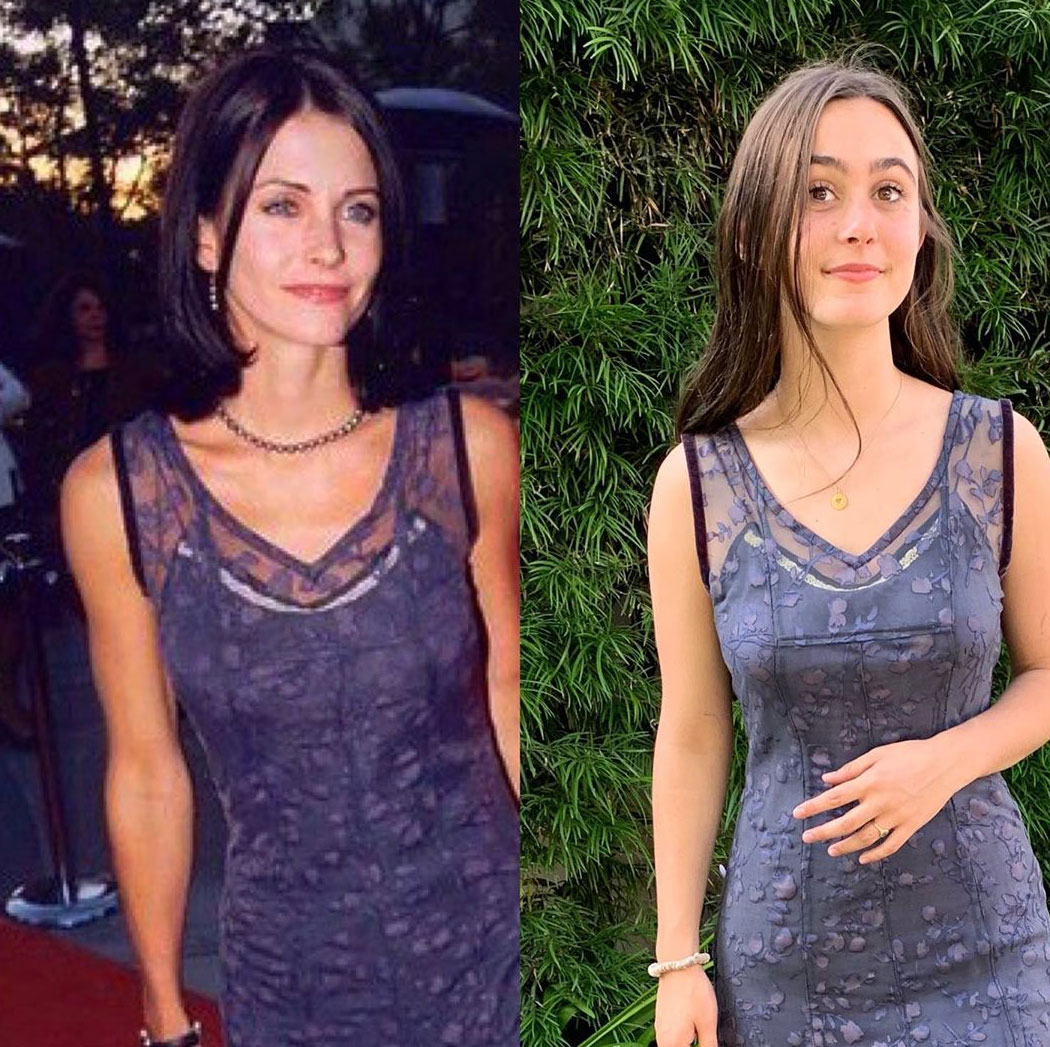 The Cougar Town alum, 54, originally donned the number at the September 10, 1998, premiere for the Nicolas Cage vehicle Snake Eyes. She finished the look with a silver beaded necklace, simple ankle-strap sandals (with a rectangular-shaped heel, natch) and a structured black shoulder bag with silver strap.

Cox’s then-husband (and Coco’s dad), David Arquette, attended the premiere as well. He wore loose red pants, a shiny red button-up Western-style shirt and what appears to be a red newsboy cap made out of pleather. 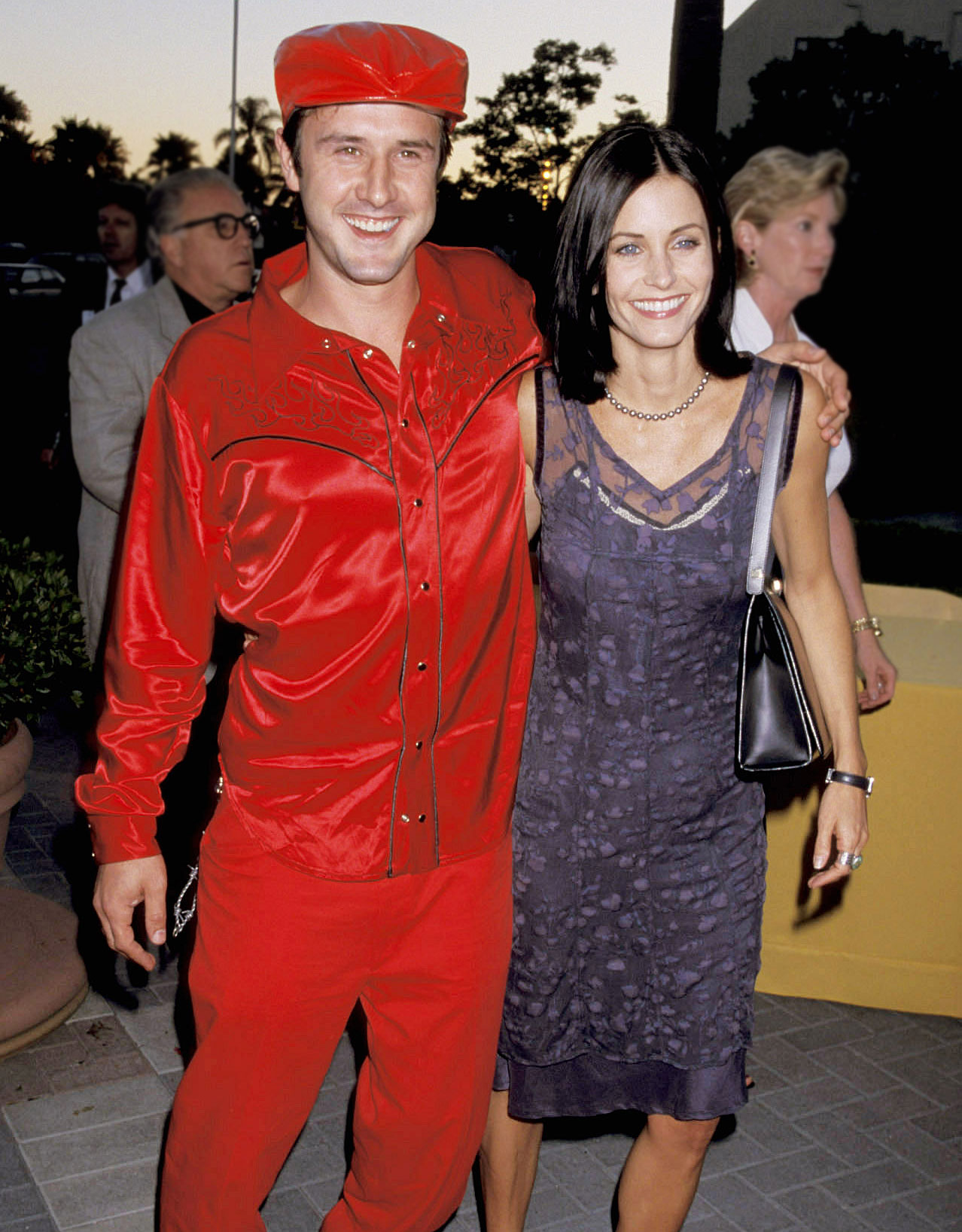 When Cox posted the photo of her daughter in the dress — just two days before Coco’s 15th birthday — the internet predictably lost its mind. “OH MY GOD I LOVE THISSS,” one commenter wrote. Another complimented both women: “Aww, that’s awesome! She is such a beautiful girl like her momma.” Still other fans noticed a similarity between the pic and an iconic Us Weekly feature: “OMG…who wore it best? ?. ????,” someone wrote.

Of course, there were also the Friends fans who deeply felt the passage of time. “My god I’m old,” one person commented.

So far, Friends castmates — including Coco’s godmother, Jennifer Aniston — have yet to comment.