Now lives: In a one-bedroom apartment in South Minneapolis

Claim to fame: Ms. Fae makes genre-defying R&B music that drifts between experimental electronica, jazz and the sensual grooves of “The Velvet Rope”-era Janet Jackson. “I create music that is evolving,” she said. Her uncategorizable sound comes naturally to her as a young biracial woman who identifies as queer. “I never question sharing my authenticity with anyone,” she said.

Big break: She wrote her debut single, “Color Me Bad,” when she was just 16. When Zane Lowe, the influential BBC Radio 1 D.J., premiered the track on his Beats 1 radio show in 2016, Ms. Fae was in the middle of a senior-year vocal class at the Saint Paul Conservatory For Performing Artists. “My teachers were worried because I kept running to the bathroom to check my phone,” she said. Shortly after graduation, she joined Lizzo on her nationwide tour. In 2018, she dropped her debut mixtape “Free Form.” “‘Free Form’ is a free-flowing spirit doing whatever she wants and calling it a mixtape,” she said.

Latest project: Her new mixtape, “No GMO,” was released in June. The project’s title refers to her interest in avoiding unnecessary additives, whether in the kitchen or recording studio. “It’s important to stay clean,” she said. “You are what you eat.”

Next thing: Ms. Fae is putting together a club night in her hometown called “Dizzyland” and an European tour that will kick off in October. “I am a very spontaneous person,” she said. “Each day I wake up not knowing what will happen.” 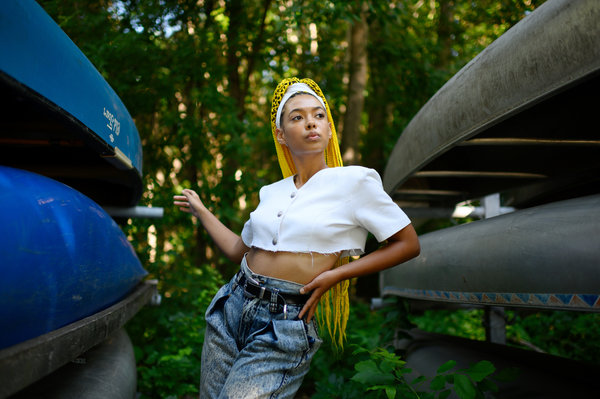 Double rainbow: In celebration of this year’s World Pride in New York, she performed the headlining set at Leslie Pride 2019, a queer party held in the cellar of Hotel 50 Bowery. “It had been raining that day and I looked up at the sky and there were two rainbows,” she said. “It was one of those days I will be talking about for years to come.”