Elle Fanning rocked a sheer bra, a fur coat, and a cowboy hat to celebrate the opening of Gucci’s new Austin store.

Welcome, Gucci, to the Wild Wild West! Elle Fanning, 23, celebrated the opening of the fashion houses’ Austin, Texas store by rocking a “rhinestone cowgirl” look right out of Penny Lane’s playbook. In a sheer Gucci bra, a luxurious white fur coat and a honky-tonk essential cowboy hat, Elle looked stylish and fun for the SXSW-sponsored event in a new shot shared to her Instagram.

Elle made sure to capture some prime social media content before hitting the event, showing off her enviable outfit in a series of photos. The starlet completed the ensemble with sky-high black platforms, delicate silver jewelry, and a can of good old Michelob Ultra. Elle sent extra love to the grand by tagging them in her caption as well. 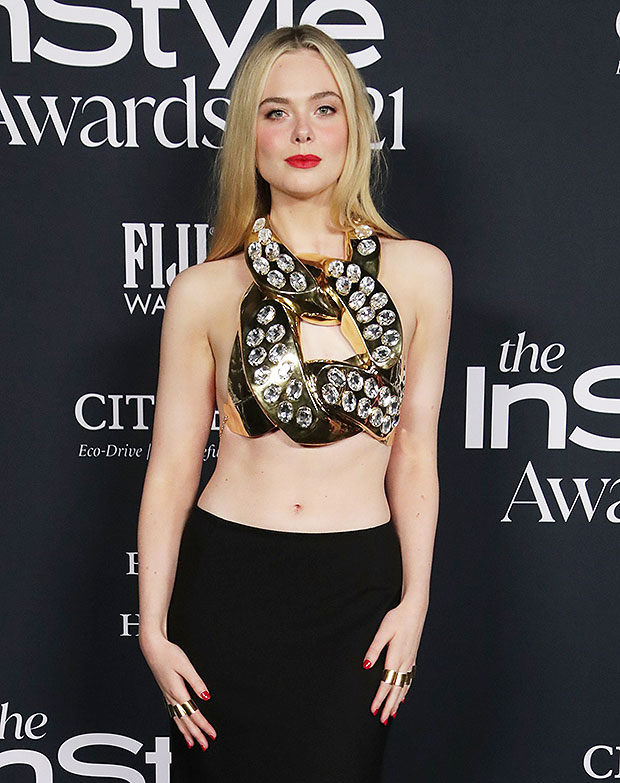 The private cocktail event, hosted by Gucci and Bumble at the new store, was held to highlight innovating women across music, fashion, technology, and film, as well as shine a light on Gucci and Bumble’s burgeoning partnership. While at the party, Elle also brushed elbows with Bumble Chief Brand Officer Selby Drummond. 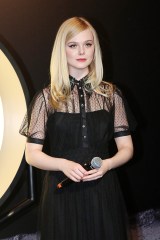 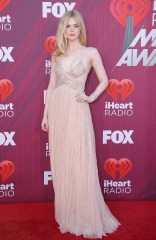 The actress was in the area promoting her latest role, starring in Hulu’s new series The Girl from Plainville. In the new drama, Elle plays teen Michelle Carter, who was convicted for encouraging her boyfriend, Conrad Roy, to kill himself via text message. The shocking crime captured the attention of audiences across the U.S. in 2014, and the new series, based on a 2017 Esquire article written by Jesse Barron, will premiere on Mar. 29. The series will also feature Chlöe Sevigny and Cara Buono.

In on-set footage, Elle looks absolutely unrecognizable in character as Michelle, eerily nailing her raised eyebrows and piercing eyes. When not in character as Michelle, Elle takes on a wholly different look as Catherine the Great on Hulu’s ‘The Great.’ Starring alongside Nicholas Hoult, Elle plays a young Catherine as she navigates becoming the Empress of Russia while trying to find her own personal happiness. Elle’s received critical acclaim for the role, and was even nominated for an Independent Spirit Award for ‘Best Female Performance In A New Scripted Series.’