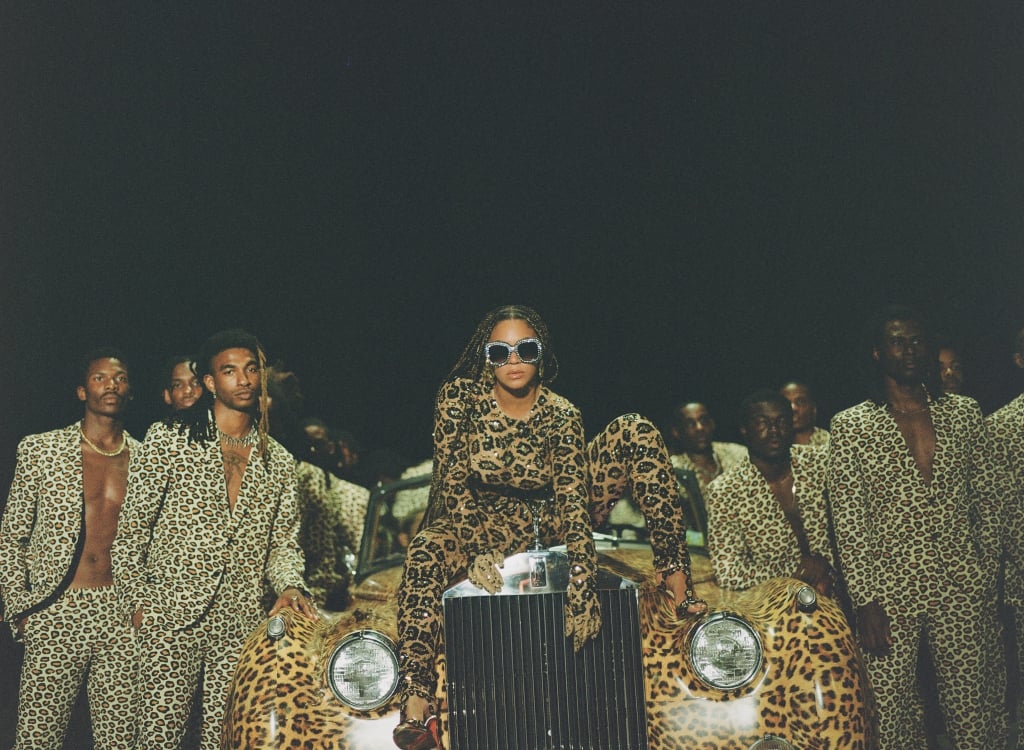 Beyoncé released her Black Is King visual album on July 31 via Disney+, along with a handful of stills from the empowering 90-minute film and a video introducing the year-long project to her fans, all posted on Beyonce.com. “The narrative unfolds through music videos, fashion, dance, beautiful natural settings, and raw new talent — but it all started in my backyard,” Beyoncé said of the story she tells here, which is a reimagination of The Lion King. “My hope for this film is that it shifts the global perception of the word ‘Black,’ which has always meant inspiration and love and strength and beauty to me. But ‘Black Is King’ means Black is regal and rich in history, in purpose, and in language.”

In order to convey that message through fashion, which Beyoncé mentions as an important aspect of the film, she tapped her longtime wardrobe curator Zerina Akers, who is celebrating the release of the movie and has already shared credits for one of the star’s most powerful looks included — a custom Timothy White dress made of layered tulle that seems to fully wrap itself around Beyoncé and simultaneously lift her into the spotlight. If that’s any indication as to how the rest of the outfits played out — from a floor-sweeping, hot pink Molly Goddard gown that was featured in the Met Exhibit for “CAMP: Notes on Fashion” to the Valentino Haute Couture jacquard leopard jumpsuit you see above — every look is fit for a royal goddess. Read ahead to get a sneak peek at Beyoncé and her talented team wearing the costumes that are sure to go down in history.