Ferrari Is Racing Into Fashion

Last weekend, 100 of the Italian style world’s journalists and tastemakers were chauffeured in black vans to the Ferrari headquarters, a soaring glass factory designed by Jean Nouvel in the small Italian town of Maranello. They sat surgically masked on socially distanced cubes besides what is, on a normal day, an assembly line for F1 cars but which on this day had been transformed into a runway.

This was Ferrari’s first high-fashion collection: an ambitious and well-financed attempt to transform the brand from a luxury automotive company into a luxury lifestyle name that will serve as an avatar of Italian aesthetics to the world.

“We’re a start-up,” said Nicola Boari, the chief officer of Ferrari’s branding diversification arm, which oversees the new clothing line, “but we’re the most fortunate start-up in the world.” 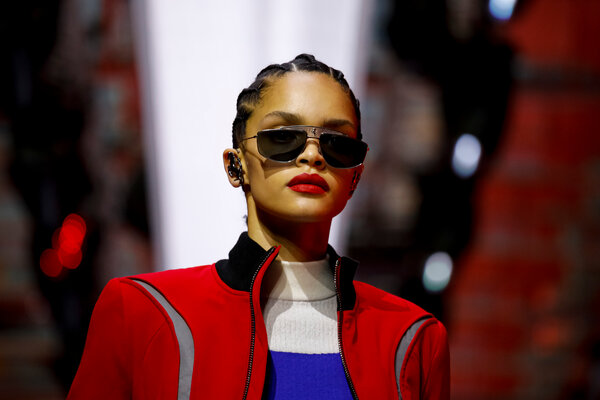 For two decades, the car company has leased its name to a vast range of merchandise whose prime selling point is the Ferrari shield: perfumes, shampoos, T-shirts, logo-emblazoned veils for the Saudi Arabian market, even a Ferrari computer.

Now the company is taking its design in-house and upmarket. It has hired Rocco Iannone, formerly of Armani and Pal Zilieri, as creative director and shut down more than half of its licensing deals, maintaining only key partnerships that will be supervised by Mr. Iannone, including Puma for sneakers, Ray-Ban for sunglasses and Richard Mille for watches.

“This is not a side project,” said John Elkann, the interim C.E.O. of Ferrari and C.E.O. of Ferrari’s parent company, Exor, which also owns Stellantis (including Fiat-Chrysler), The Economist and Italy’s GEDI media group. “That is important to understand.”

Exor has shown an increasing interest in fashion brands, buying a majority stake last December in Shang Xia, a brand founded by Hermès, followed by a purchase of 24 percent of Christian Louboutin in March.

Ferrari’s fashion line is feeding the idea that Exor may be Italy’s first major luxury group able to compete with the mammoth French conglomerates LVMH and Kering. There was speculation in the Italian media that an Exor stake in Armani was imminent, although according to a June 9 report in the Italian newspaper Il Sole 24 Ore, an Armani-Ferrari merger was rejected by both sides. (Later denials of the story by the two companies left the possibility open, although Mr. Elkann said there was “no grand plan” for Exor and Armani.)

“We have many interests, and one is definitely brands, and within brands, the high-end category is an interesting one,” he said. But while Mr. Elkann said there were no plans to turn Exor into a luxury group, despite a minor financing project with a range of small and midsize Italian companies doing business in food, cosmetics, design and fashion.

Ferrari is the high-end star among Exor’s brands, he said, and the fashion line is part of a strategy of Ferrari “trying to do better, and in a much more coherent way. We have legitimacy within representing a lifestyle, and an Italian lifestyle, to the world.”

Ferrari has previously branded almost everything, and this makes Mr. Elkann confident about selling clothes. But will the customer who purchased a $60 baseball hat because it bears Ferrari’s prancing horse be convinced by the striking construction of an $1,800 racer-striped bomber?

“There are a lot of people already buying Ferrari-linked products, right?” Mr. Elkann said. “So if I give them something better, why wouldn’t they buy it?”

The clothing is meant to attract fans of Ferrari who may not be ready to spring for a sports car (entry price: $240,000 before customization) but would like to envelop themselves in the Ferrari brand, as invoked by swank Italian-made clothes topping out at $3,000 for a leather trench plisséd like a vintage driver’s bucket seat.

Still, for Ferrari to delve into high fashion sounds as likely as Chanel announcing a CBD venture, and Mr. Iannone acknowledged there were challenges. “From an aesthetic point of view, in the beginning we have to be very literal with symbols and anatomy in order to legitimize our design territory,” he said.

For Mr. Iannone, that meant combing through the anthropomorphic car shapes of Ferrari’s archives and adapting them to the human body, as with a pieced-together parka of leather, jersey and cotton that recalls the lobes and hollows of a sports car’s muscular form.

The clothing and racecars share a propensity for bright highlights: A band of yellow on the asymmetrically positioned single seat of a Ferrari Monza appeared as a lone detachable yellow sleeve on an asymmetrically colored trench coat, for example. And the cars themselves became Pop Art-inspired fabric patterns, like a recurring Warholian reproduction on silk.

According to Mr. Boari, the ready-to-wear collection is also a way into new markets, especially those that are younger, female and mostly Chinese. He said that Ferrari’s fashion sights are set on distant dividends, on slow growth that will sprout in seven to 10 years, eventually contributing 10 percent of the brand’s earnings. (Ferrari, one of Italy’s most valuable public companies, had revenue of nearly $4 billion in 2020 despite the pandemic and a seven-week factory shutdown.)

“But if our concern were just profits, we’d stick with licensed goods, which are extremely profitable,” Mr. Boari said.

Emanuele Farneti, the editor in chief of Vogue Italia, who attended the show, said that it was “significant, and not at all obvious, that Ferrari would pick an Italian designer, and do something with a very Italian style and Italian production.” Mr. Farneti noted that he’d read a McKinsey report on corporate longevity and was distraught to see so few Italian companies projected to endure over future generations.

The fashion line will go on sale this month at the powerhouse etailer Luisa Via Roma as well as in Ferrari’s own network of a dozen shops, which are each being remodeled to reflect Mr. Elkann’s vision of a brand-wide upgrade. The Maranello flagship, for example, was overhauled by London’s Sybarite studio and given an undulating facade of red glass and white brick walls.

As part of the new image making, even Cavallino, the Maranello restaurant owned by Ferrari where Enzo Ferrari ate and took meetings, has been rebooted with polychrome interiors by India Mahdavi and updated menus by Massimo Bottura.

“It’s about changing a licensing model into a controlled model,” Mr. Elkann said. “The quality has to be on par with what we do in cars.”

In many ways, Ferrari was already a diffusion line: The flashy sports cars sell for prices that reach into the millions because they are road-ready counterparts to the unattainable racecars of Formula 1 dreams. Why should that not expand to include cape-style motorcycle jackets and towering metallic high-heeled pumps that are more Prada than Puma?

High fashion is different terrain from cars or even logo-stamped merchandising gear. But a brand, in today’s hyper-commercialized reality, is not its products. A brand is storytelling, marketing and perception. Customers buy a brand because they believe in the story that surrounds it, because they want to purchase the patina of belonging to that story and to the lifestyle they associate with it.

If the Ferrari clothing collection was more about pioneering branding exercises and logo-candy merch (Ferrari sports socks!) than it was about pioneering concepts in fashion, it was also a more thoughtful debut than many expected.

There were crowd-pleasers like the racer print silks (which Mr. Elkann wore to the show) and unisex sportswear jackets rendered deluxe in technical fabrics with what Mr. Iannone called “an haute couture feel,” alongside clunkier notes like treaded tire elbow patches.Under the red spotlights of the assembly line catwalk, the vivid colors of the apparel matched the look-at-me tones of the sports cars beyond the runway.

At the post-show dinner at Cavallino, as Mr. Bottura table hopped to expound on his revamped trattoria specialties, showgoers swapped verdicts. Some had presumed the clothes would be for racecar drivers, or street-wear-loving teenagers, but instead found the collection more skillfully rendered, and, ultimately, a deft way to buy in to the brand even without an eye-popping car. Or even a driver’s license, for that matter.