A YOUNG girl is unable to walk or talk and has screaming fits during the day because her mum had a common virus while pregnant.

Millie Marie, who is four years old, has a number of health conditions including epilepsy, cerebral palsy and is deaf in both ears. 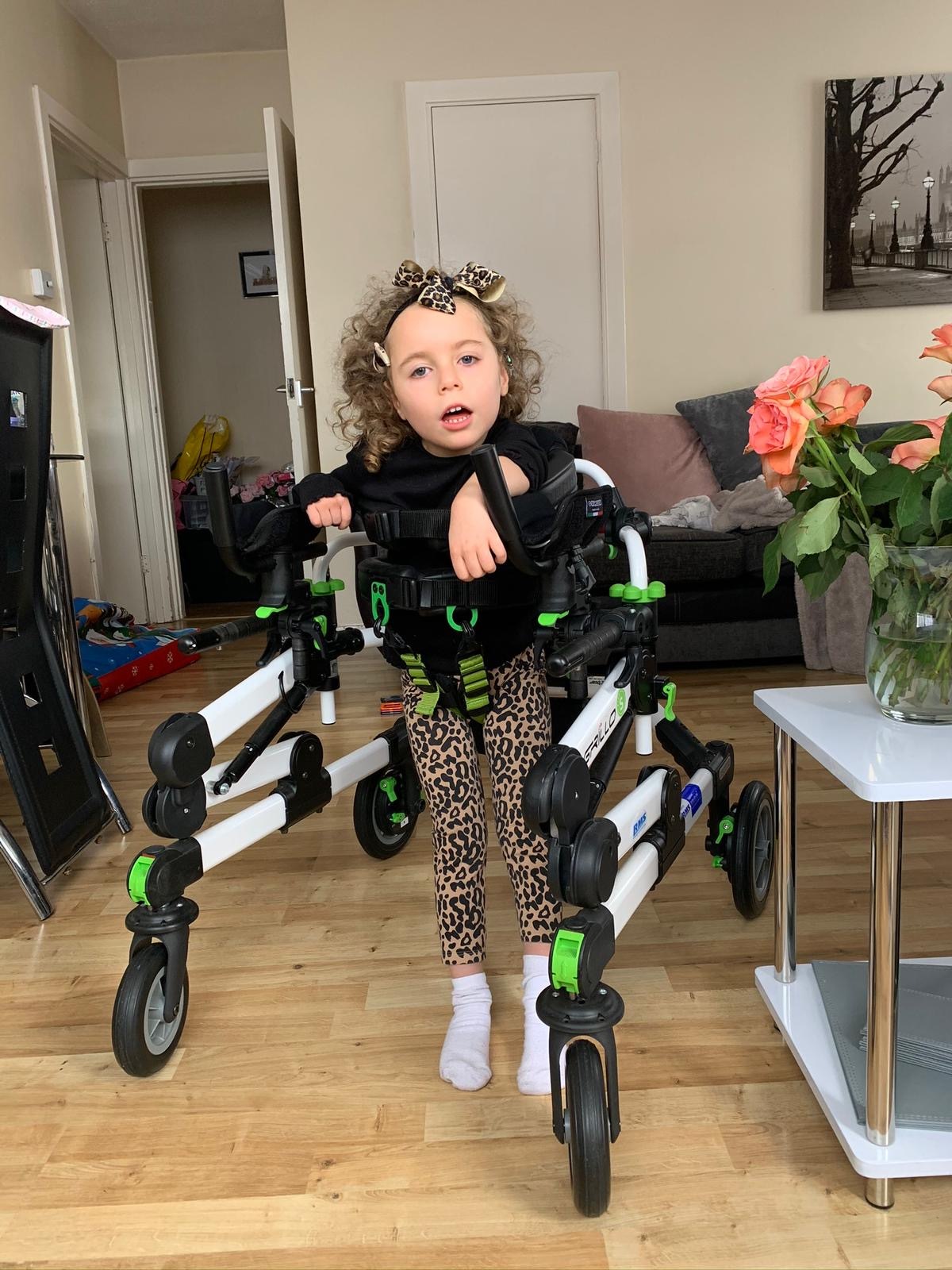 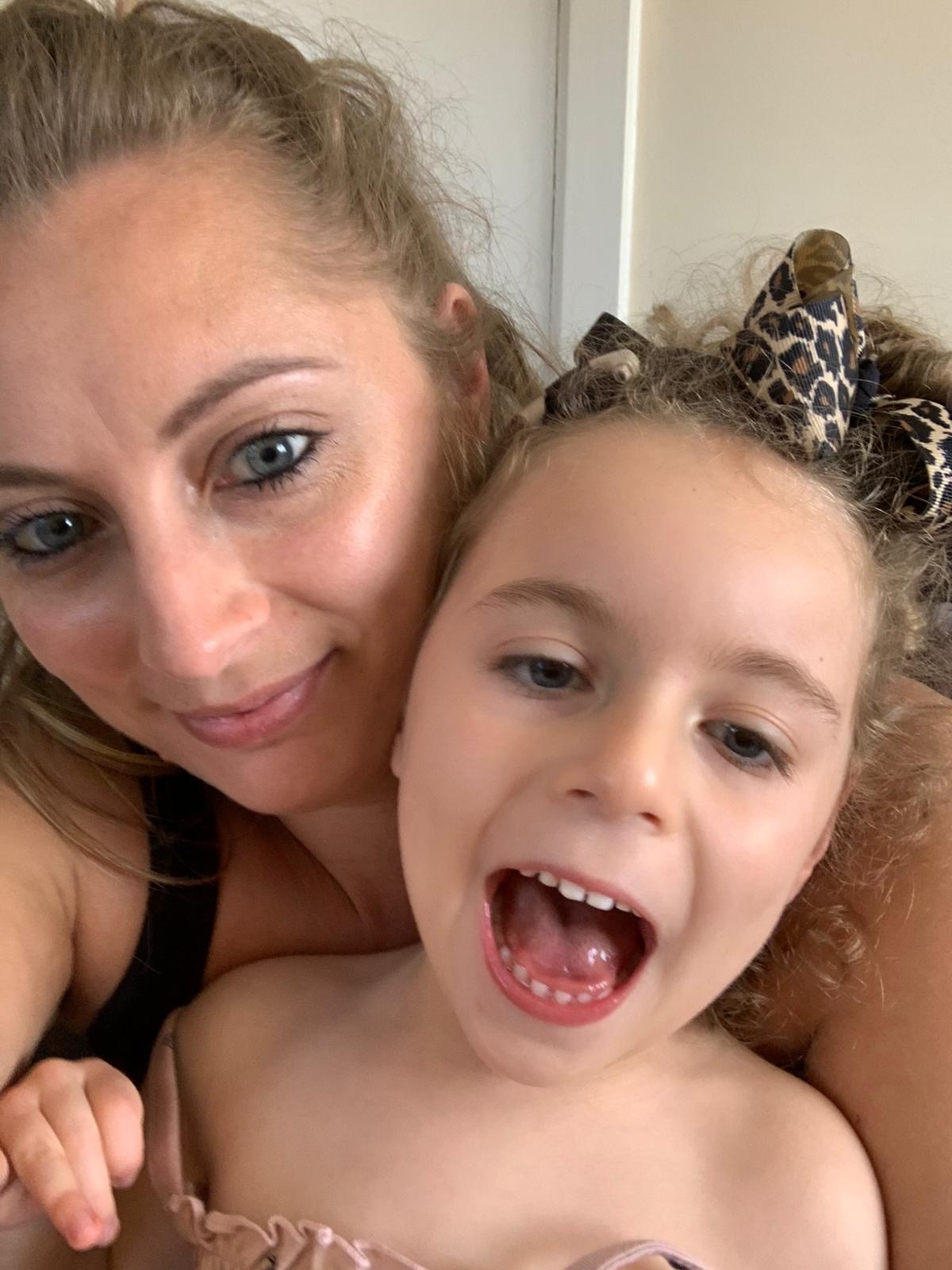 Her mum, Rio Taylor, 34, of Ruislip in West London, says this is because she was born with cytomegalovirus (CMV), MyLondon reported.

Rio contacted CMV while pregnant five years ago through her job as a childminding assistant.

Pregnant women who work closely with children or already have a young family are more at risk of getting CMV, the NHS says.

The virus is spread through bodily fluids such as sneezing, saliva, tears, urine and faeces and is typically harmless to adults, causing flu-like symptoms.

Rio said she and her partner were told in an early private scan that their baby was “very small” – but other than that nothing seemed amiss.

She said: "As far as we knew, every scan, everything was fine. It wasn't until after she was born that issues started happening."

Pregnant women can pass an "active" CMV infection on to their unborn baby, causing problems either clear at birth or that develop over time.

As many as one in 150 newborns have CMV, charities say. One in 1,000 will go on to have permanent disabilities – around 900 babies every year.

Rio said that although Millie appeared fine at birth, there were "so many things that weren't right" and are linked with congenital CMV.

She said: "It's a small head she's got, it's called microcephaly. They should've picked up on that when she was newborn.

"She's got a little tiny pithole on the ear. That's not marked down on the notes.

"She had a very faint rash on the body, and she still has them on her hands and feet and the inside of her mouth."

She gets really angry, she bites my hair, she's starting to hit with her left hand

CMV can only be diagnosed in a newborn within three weeks of birth, using a saliva, urine or blood test.

Therefore Millie can only be suspected to have the condition based on the tell-tale symptoms she has.

Rio said Millie "couldn't feed properly" on a bottle when she was born, which they later realised was due to her having a swallow delay.

"It used to take nearly two hours to do two ounces of milking," said Rio.

Millie was discovered to be deaf in one ear during her first hearing test, which took place three months after she was born.

Five months later, Millie's hearing had deteriorated, leaving her totally deaf and dependent on hearing implants for any sound.

She has screaming fits five or six times a day, and sometimes in the night.

Rio said: "She doesn't talk so I have to sort of guess what she wants. She can cry or smile, and is learning to push away if she doesn't like something.

"One minute she's sitting there all happy, playing, then within a split second she screams the house down.

"She gets really angry, she bites my hair, she's starting to hit with her left hand."

Millie has cerebral palsy affecting her entire right hand side, meaning she has to be reminded she can’t use it to do things.

She has epilepsy which causes her to have seizures and has been hospitalised on three occasions for breathing difficulties.

The family, including Millie’s dad and the couple’s elder daughter Lexi, 14, all live in one two-bedroom bungalow.

They have set up a GoFundMe in the hopes they can raise money for an outhouse in their back garden, which will be a “sensory room” for Millie.

Millie enjoys bright colours and lights, bubbles, and soft textures, and Rio said giving Millie "her own space to play" will help calm her down when she gets upset.

What is CMV and how can you prevent catching it?

You usually get CMV as a young child at nursery or school, the NHS says.

Once you have CMV, it stays in your body for the rest of your life.

It can only be passed on when its active, so is similar to chickenpox.

CMV does not usually cause symptoms, but in those it does, they get flu-like symptoms including:

If you do have symptoms, they usually get better without treatment within about 3 weeks.

Pregnant women can pass an "active" CMV infection on to their unborn baby. This is known as congenital CMV.

CMV can cause serious health problems in some babies who get the virus before birth, and in people who have a weakened immune system.

Most children born with CMV will not show symptoms at birth, and will not have any health problems.

But around 15 percent of them get hearing loss, and very rarely will get developmental or learning difficulties.

As many as one in 150 newborns have CMV, according to CMV action, and one in 1,000 will go on to have permanent disabilities – around 900 babies every year.

Overall around one in five children with congenital CMV will have permanent problems of some kind.