A LITTLE girl’s letter to Santa has gone viral after she admits she tried and ‘failed miserably’ to be good – but still demanded an iPhone, Airpods and a trip to France.

The nine-year-old took her time over her letter to Father Christmas, writing down a whopping 12 gifts she expects to unwrap. 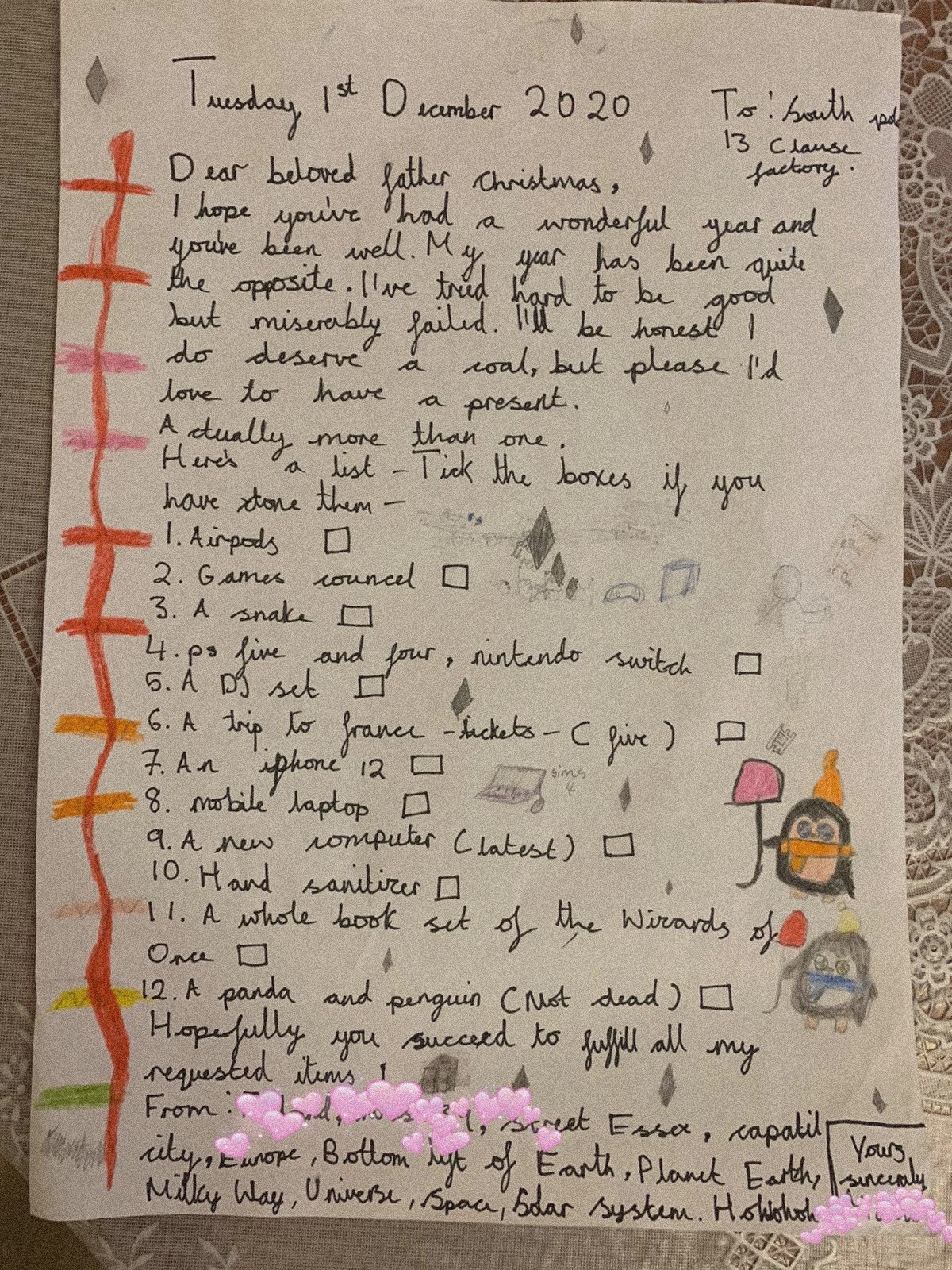 The youngster was quite blunt, and explained how she’s not been good at all this year, but reckoned she still deserved a long list of presents.

He said: “Y’all, look at this letter my little 9y/r sister wrote to Santa.”

The girl, from Essex, wrote: “Dear beloved Father Christmas, I hope you’ve had a wonderful year and you’ve been well.

“My year has been quite the opposite.

“I’ve tried hard to be good but miserably failed.

“I’ll be honest I do deserve coal, but please I’d love to have a present.

“Actually more than one.

“Here’s a list – tick the boxes if you have done them.”

I’ve tried hard to be good but miserably failed

She’s got expensive taste, as she asks for an iPhone 12, the ‘latest’ computer, AirPods a games console, Nintendo Switch, a PlayStation Four and Five as well as a laptop.

She’s not just into gadgets, as she also asks Santa for a trip to France – with five tickets.

And it seems she likes her animals, as she’s eyeing up a snake, panda and a penguin, which she specified should be ‘not dead’. 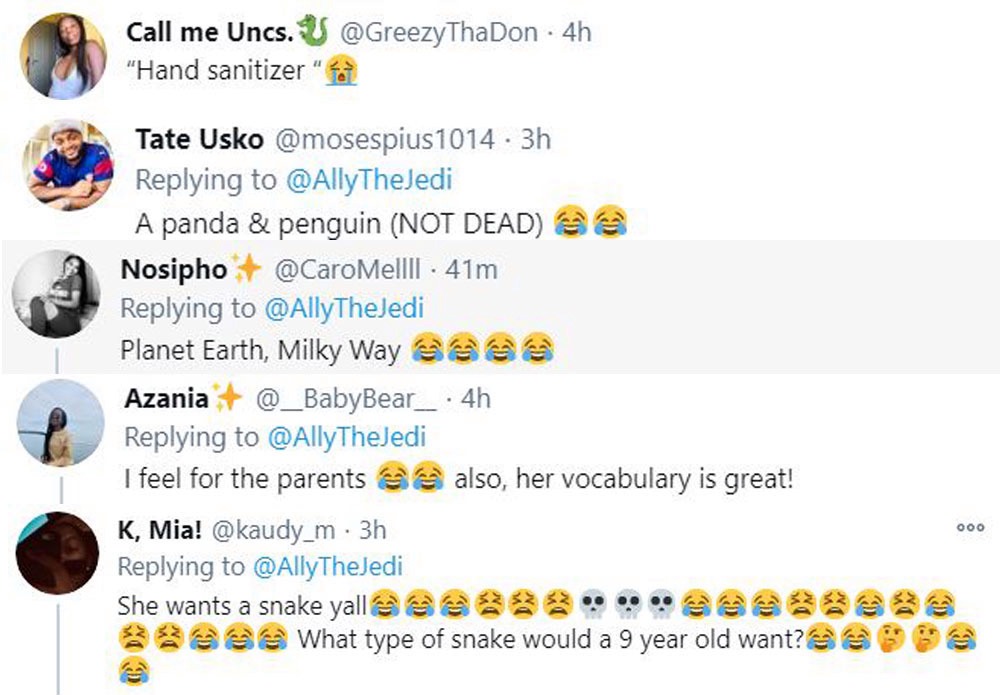 She signed it off rather politely, saying: “Hopefully you succeed to fulfill my requested items.”

Her very hopeful list has racked up dozens of hilarious comments, with one person saying: “I feel for the parents. Also, her vocabulary is great!”

Someone else wrote: "It’s the handwriting and vocabulary for me… And five tickets to France.

"Damn. Y’all should at least at the bare minimum complete half of her request. She invested a lot in making that list."

This person pointed out: "Don’t know what shocks me more; the fact that you have a 9y/o sister, her handwriting or her use of diction and syntax at that age."

While this delivery driver dad breaks down in tears after reading his son’s teary letter to Santa & realising what he really wants.

Plus an eight-year-old girl’s VERY detailed Christmas list goes viral after she asks Santa for 16 pairs of pants.

And savvy parents swear by the Christmas ‘four-gift rule’ which saves them time AND money.