Kristen Bandoo fell in love with Anthony Denning because of an early promise he made her that he has not been able to keep. “One of the first things he said to me was, ‘I could never be mad at you because you’re always smiling,’” Ms. Bandoo said. “Boy was I wrong,” Mr. Denning said.

It hasn’t prevented him from wanting to build a life, and a business, with her.

Ms. Bandoo, 31, and Mr. Denning, 27, met in the fall of 2016 when both were working at 7th Restaurant and Lounge in Charlotte, N.C. Mr. Denning, who grew up in Raleigh, had been cooking there for two years. Ms. Bandoo, from Atlanta originally, took a waitressing job to supplement her income as an American Airlines flight attendant.

Before he made the smile promise, Mr. Denning didn’t think they would hit it off. “I was like, she’s pretty and everything,” he said. But their friend groups at the restaurant didn’t overlap. She bridged that divide with a flirty text.

“I was crushing on him,” she said. “I told him he should come over and make a birthday dinner for me.”

Her birthday is Nov. 4. The only day their schedules aligned was on Halloween, but Ms. Bandoo had already made plans to attend a costume party that night, so he agreed to cook her an early dinner.

“But the whole time I was cooking she was in her room, putting on makeup for her costume,” he said. “Then I had dinner with a lion. And then she said, ‘Thanks for the dinner,’ and left me.”

The groundwork for a realization that he could, in fact, get annoyed with her had been laid. But he was lovestruck anyway. By 2018, they were boyfriend and girlfriend. And no longer co-workers. 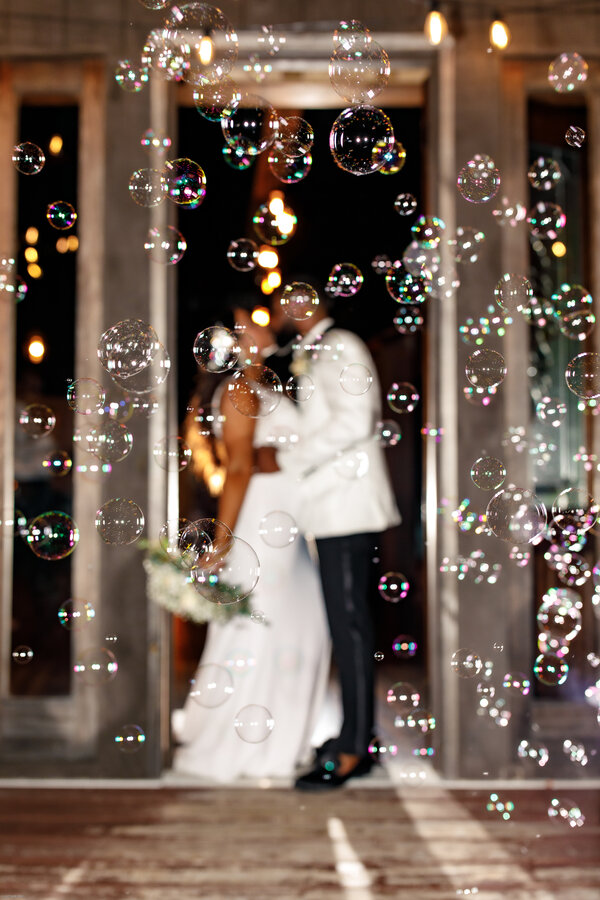 Ms. Bandoo, who remains a full-time flight attendant, lost interest in keeping a side job. And Mr. Denning quit the restaurant to launch a food truck, 225 Street Food, with two business partners. He was only a few months into selling shrimp po’ boys when Mr. Denning proposed on Nov. 3, 2018, at Escape Tactic, a Charlotte escape room.

“The last mission was, you had to figure out a code that unlocks a rope that pulls a key out of a well,” he said. In addition to the key, he had arranged for a waterproof box to come up from the well. Inside was a note that read, “Will you marry me?”

When Ms. Bandoo retrieved it, he got down on one knee and presented an engagement ring.

“I told you from the jump I was serious,” he said. “I am serious, and I want to spend the rest of my life with you.” Through tears, Ms. Bandoo said yes.

A little more than a year later, they would start spending their lives together almost exclusively. They had already moved into a Charlotte apartment together when the pandemic hit. Then the 225 Street Food partnership disbanded, paving the way for a pairing in both love and business.

In September 2020, they launched Another!? Food Truck. As Mr. Denning hammered out the concept — Southern staples with a Northeastern twist, like a fried shrimp lobster roll — Ms. Bandoo, whose flight schedule had thinned with the plummet in air travel, booked catering gigs.

The wedding they initially planned for Aug. 1 was pushed to 2021.

“We were busy getting the business going,” she said. “But then it was like, this pandemic isn’t going to blow over.”

On March 27, they were married by Tori McCullers, a Universal Life Church minister, at Majestic Mill Weddings in Belmont, N.C., as 96 guests, who agreed to strict mask enforcement, watched.

“Honestly, when the venue told us they had an opening, we took it,” Ms. Bandoo said. “We had been engaged a long time, and we wanted to get married and get back to work.”

Their sights are now set on a new venture: “Our next goal is to become homeowners,” she said.