DIANE and Phil Alliss met as teenagers and were delighted when she fell pregnant accidentally at just 17.

After three more children, their family was complete and it made sense for Phil to get a job as a cabbie – the money was better. 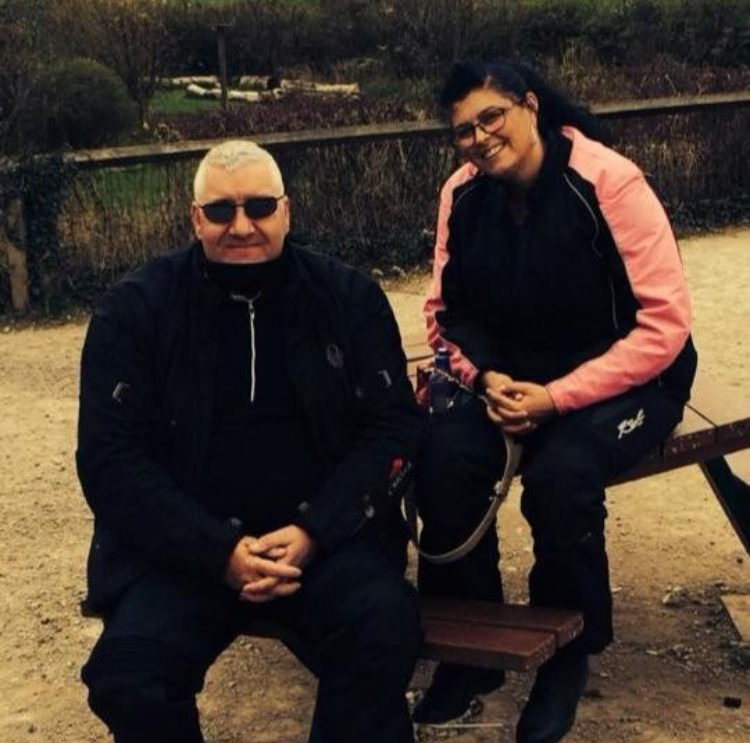 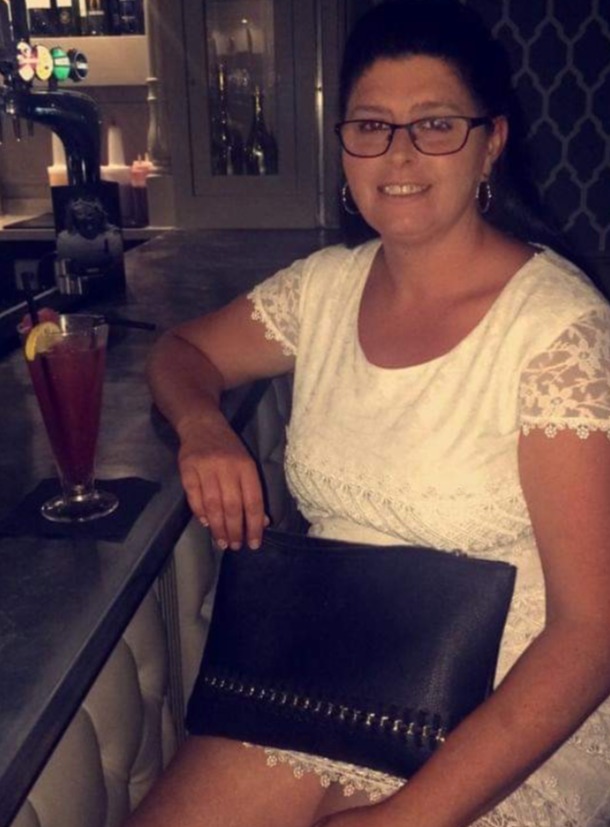 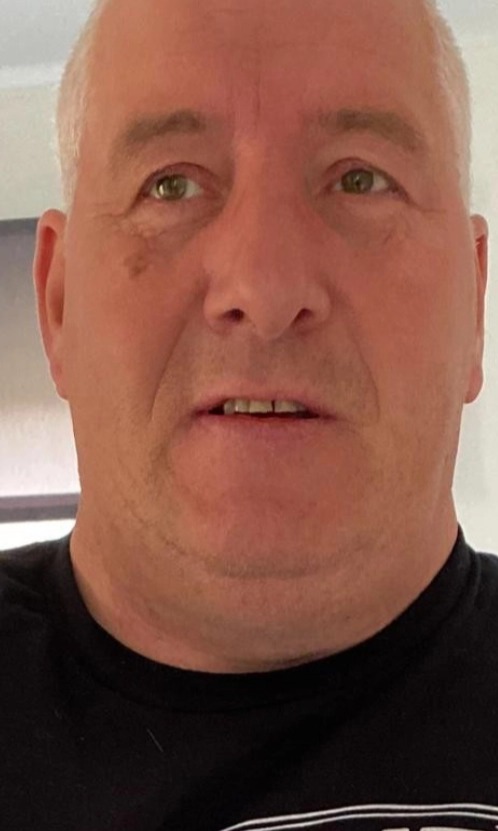 But their happy marriage was shattered when Phil had an affair with a passenger.

Diane found out when she smelt the other woman scent on him and divorce proceedings started.

But now they're back together. Diane, 41, shares her story with Fabulous:

Smiling at the boy next door as we moved into our new home, I felt my stomach flutter. I was only 13, and it was my first crush.

Phil was a few years older than me and I was sure he wouldn’t be interested.

But we soon became friends and as I got older it became clear there was chemistry between us. We started dating, and when I fell pregnant at just 17, it was a shock but Phil and I were determined to make it work.

We got our own flat together, and before long we had another baby – we were so happy.

So when we finally got married I was thrilled. Two more children followed, and our perfect family was complete.

Our lives could be hectic, but our love kept me and Phil strong.

When Phil decided he wanted to quit his job as a window fitter and become a taxi driver, I supported him.

Four children to look after certainly kept me on my toes and I was grateful Phil was doing his best to give us everything we needed.

But it meant we hardly saw him, as he picked up shifts day and night.

I was so sad he was missing out on seeing our children grow up, but I knew he was doing it so he could take care of us.

When our youngest turned one, I decided to go back to work as a healthcare assistant at our local hospital. We started to drift apart, and things became strained. But in time, my suspicions grew.

There was a woman who seemed a little too friendly, and something about her annoyed me.

Every time Phil and I were out and we walked past her, she’d wave at Phil a bit too enthusiastically.

‘What are you waving at her for?’ I said when Phil waved back. ‘How do you know her?’

‘I sometimes pick her up in the cab,’ he said. ‘She’s become a bit of a regular.’

I tried to push my worries to the back of my mind.’

Before long, I felt like every time Phil and I went out, she was lurking nearby. I could always smell her coming a mile off too, thanks to her distinctive perfume.

I’d sometimes notice her walking past the house, smirking at me through the window. I tried to tell myself I was imagining things.

Having the divorce papers there in black and white made me finally see our relationship was well and truly over.

But then I started noticing other little changes.

Phil had always left his phone lying around, but now he was becoming secretive with it.

And my eldest daughter told me that when I was out and Phil was at home looking after our younger children, he’d get mysterious phone calls and take them out in the garden.

But when he came home one day reeking of a very distinctive perfume, I instantly became suspicious. ‘I know you’ve been with her,’ I said. ‘I can smell her perfume.’

Phil denied an affair and although deep down I knew he was lying, I had no evidence.

But when I lost my job and then our house, and Phil left me and the kids to stay elsewhere, I knew he was up to no good.

Finally, after months of me begging him to tell me the truth, he eventually admitted everything.

Despite our marriage ending Phil and I still had contact for the sake of our kids and grandkids, and even though I knew he was still seeing her I struggled to let him go.

When he eventually filed for divorce it was like the final nail in the coffin of our marriage.

Having the divorce papers there in black and white made me finally see our relationship was well and truly over.

I still struggled to move on, and it was only earlier this year that I felt ready to start dating again.

But when Phil got wind that I’d signed up to a dating site, he got jealous.

‘It made me realise how much you mean to me,' he said as he begged for another chance. ‘I love you, and it’s you I want to be with, not anyone else.’

I was wary but Phil was my first – and only – love and I’d never stopped caring for him.

We reunited in February this year, and have been solid ever since.

‘When I saw Diane I thought, maybe I’m doing something wrong here and it’s time to call it a day and come back. I came back with a better attitude, more mature as I got older, and we seem to get on a lot better.

The kids gave him a harder time than I did, worried he’d hurt me again, and they struggled to forgive their dad for betraying me.

But we’ve shown them that this time, it’s forever, and they’re happy for us.

We’ve rebuilt the trust between us and I know Phil would never do anything like that to me again, but I’ve learnt to always follow my nose.

Phil says “That’s everything that happened. Yeah, I regret the fact that I actually did it, it’s just hard. I turned to somebody else and I thought it was going to be comfortable, but obviously, things didn’t work out that way.

‘When I saw Diane I thought, maybe I’m doing something wrong here and it’s time to call it a day and come back. I came back with a better attitude, more mature as I got older, and we seem to get on a lot better.

'I’m glad to be back with her [Diane] and it just shows my heart did lie in being with Diane. It’s love, love works in mysterious ways.

‘I wouldn’t put her [Diane] through that again. I’m not interested in other women now – been there, done that, bought the t-shirt. Sometimes, when I was with this other person, I was thinking I really don’t want to be here.

'I just wanted to be back with Diane and enjoying my life. I was immature and didn’t know quite what I wanted in life, and by turning to another woman, you always think the grass is greener on the other side and another woman is going to comfort you more – but then you find out that this other person is not what it should be.

'But yeah I’m quite happy being back with her [Diane], it’s made me wiser on what I would have lost if I’d carried on doing what I was doing.”

More in family drama, see how one mum has banned her MIL from being alone with her baby after the granny breastfed her other grandchild.

For friend-wars, see how one bridezilla kicked her friend out of her wedding for cutting her hair -for medical reasons. 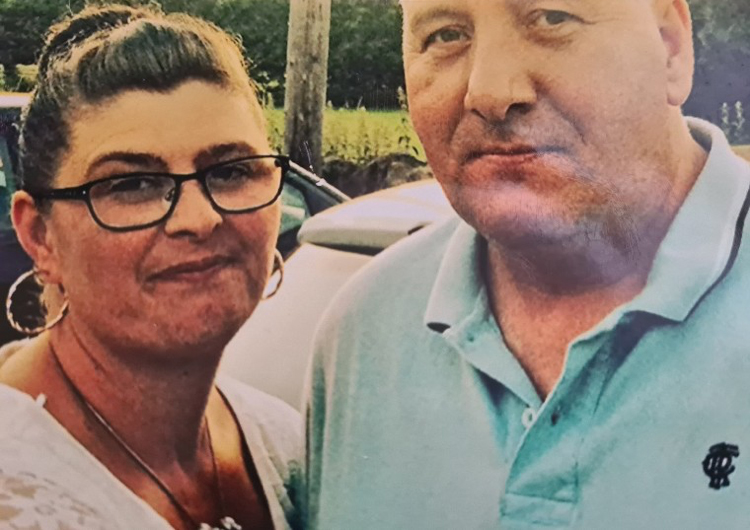