IN complete agony and with constant burning sensations, Alice Burleigh's eczema had completely taken over her life.

The 23-year-old's skin had got so bad she was forced to tape mittens on her hands just to stop herself from clawing at her own skin. 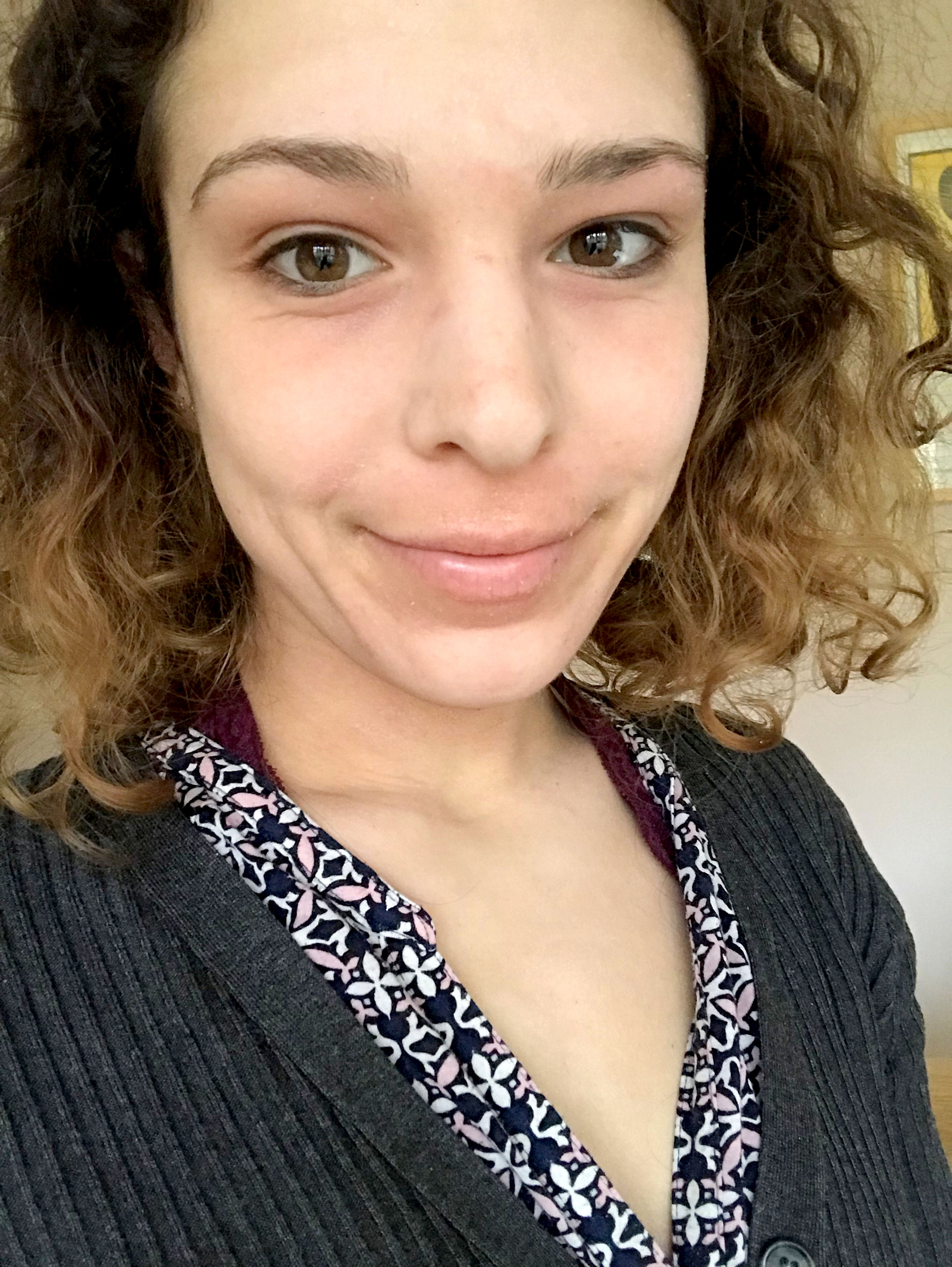 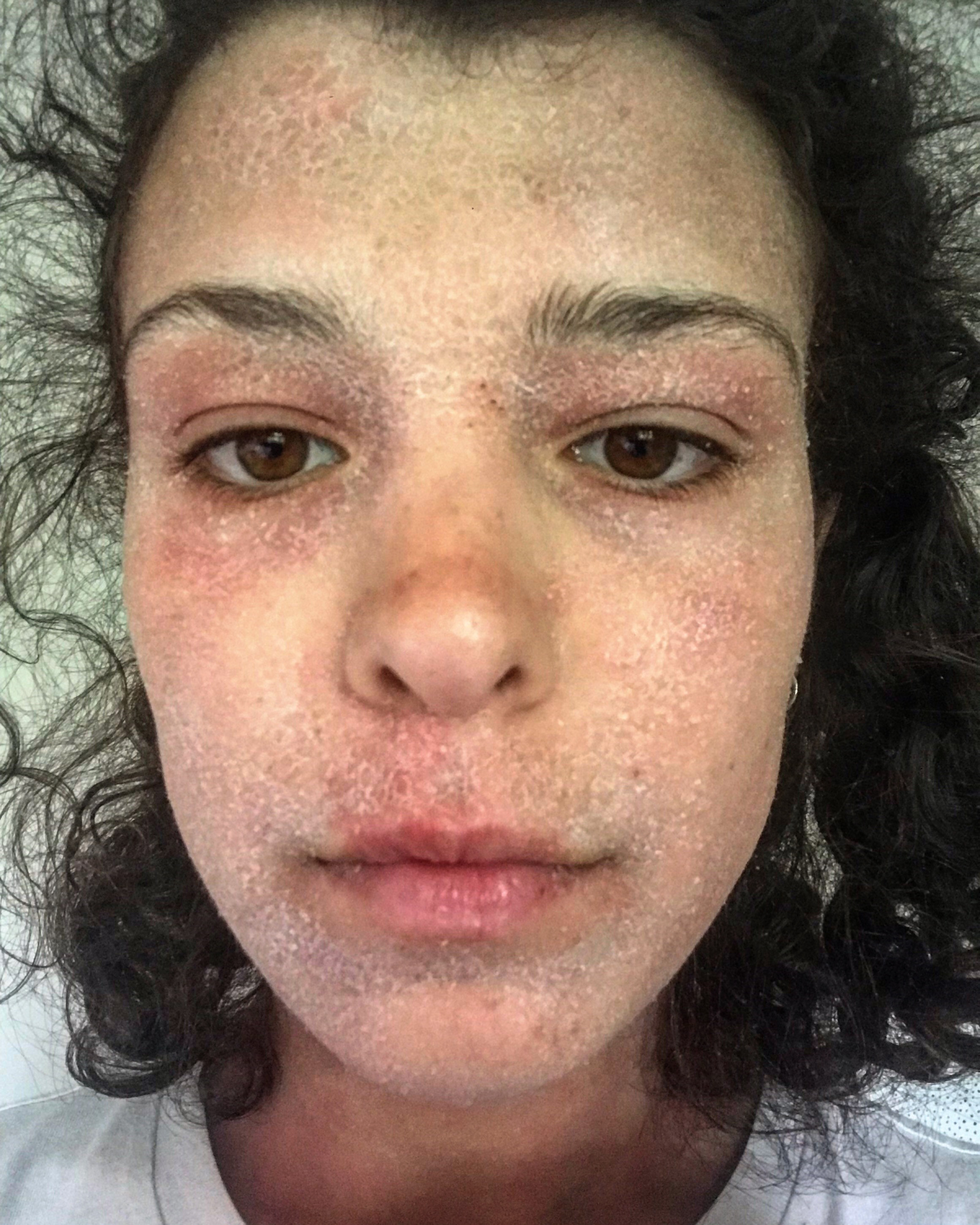 Alice, from Market Harborough, Leicester, spent eight years on steroids in a desperate bid to clear up the eczema – only to realise in April this year that it was only making her skin worse.

Now recovering from the painful condition, the student is sharing her story to raise awareness for eczema and how to treat it.

She said: "I still suffer with flare ups and my skin may not be perfect, but it is perfect to me."

Alice first started suffering with eczema when she turned 13 – and from then on her skin began to deteriorate. 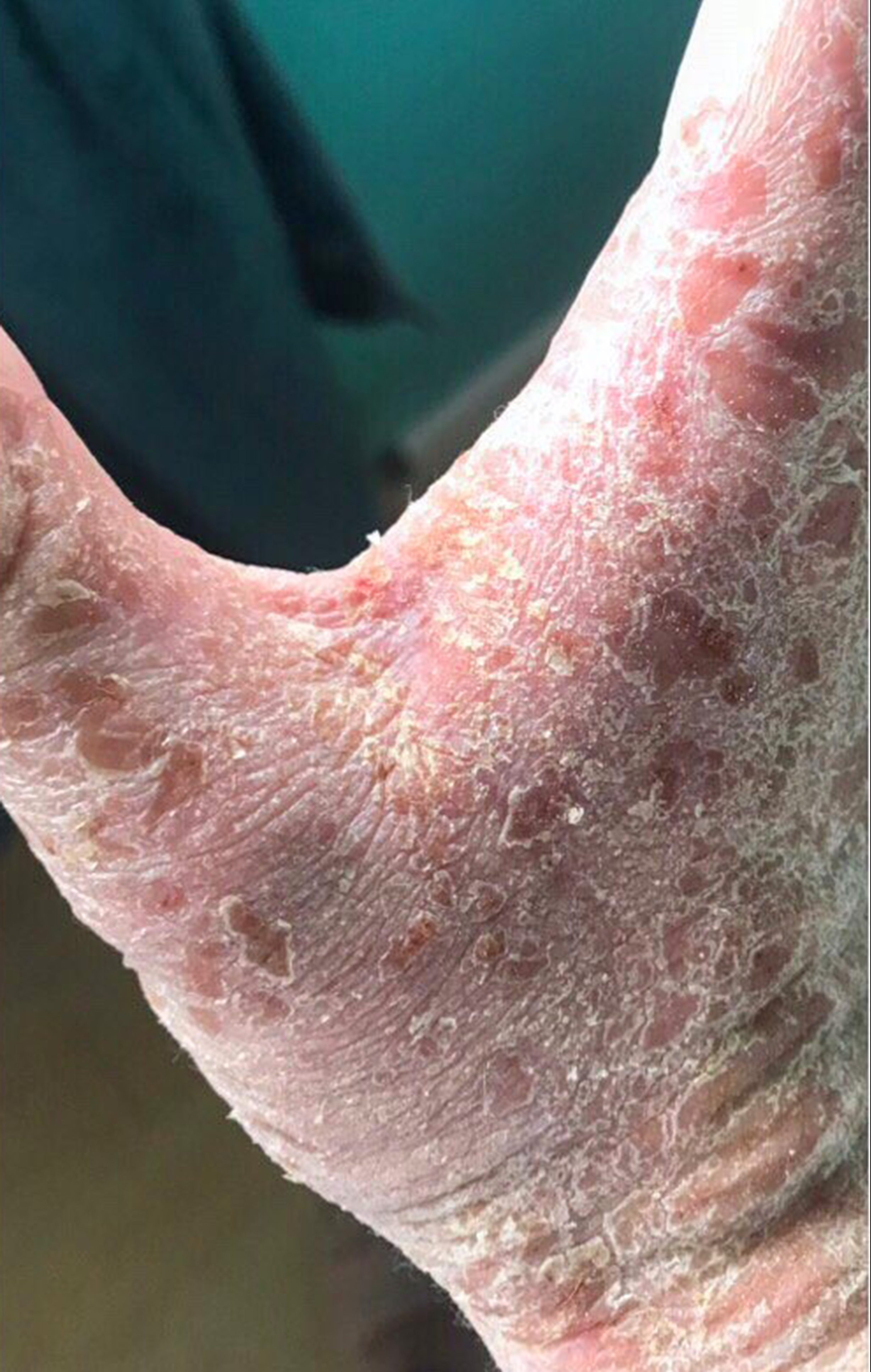 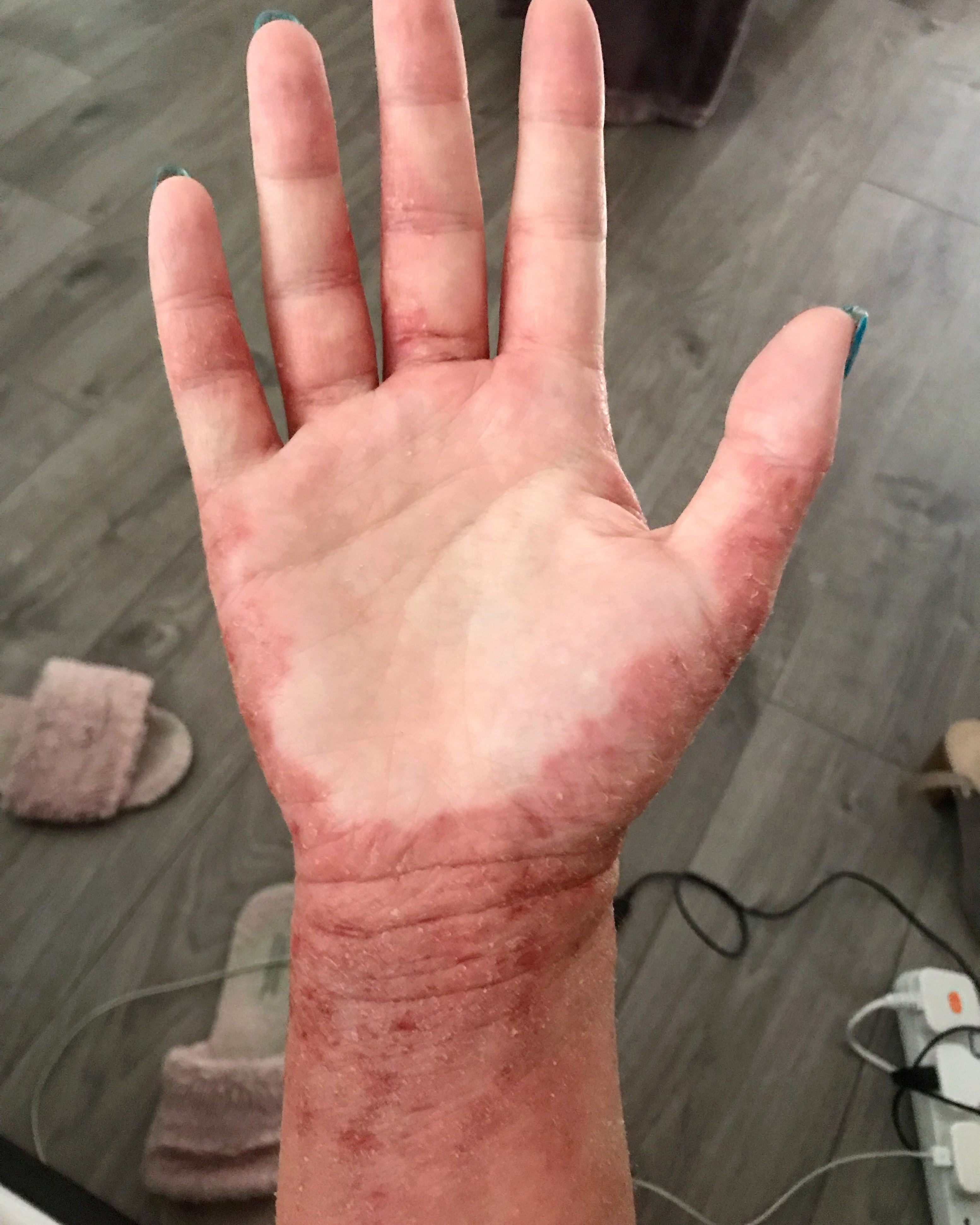 She said: "After being diagnosed at 13, my eczema got worse and worse – I noticed stress was a massive trigger.

"I was first prescribed steroids whilst at school to control the flare ups and over the years, they got stronger.

"During my final year of university last year, I was under a lot of pressure and stress – my whole body being plagued with eczema."

After years of hell, Alice started researching the condition and came across topical steroid withdrawal. 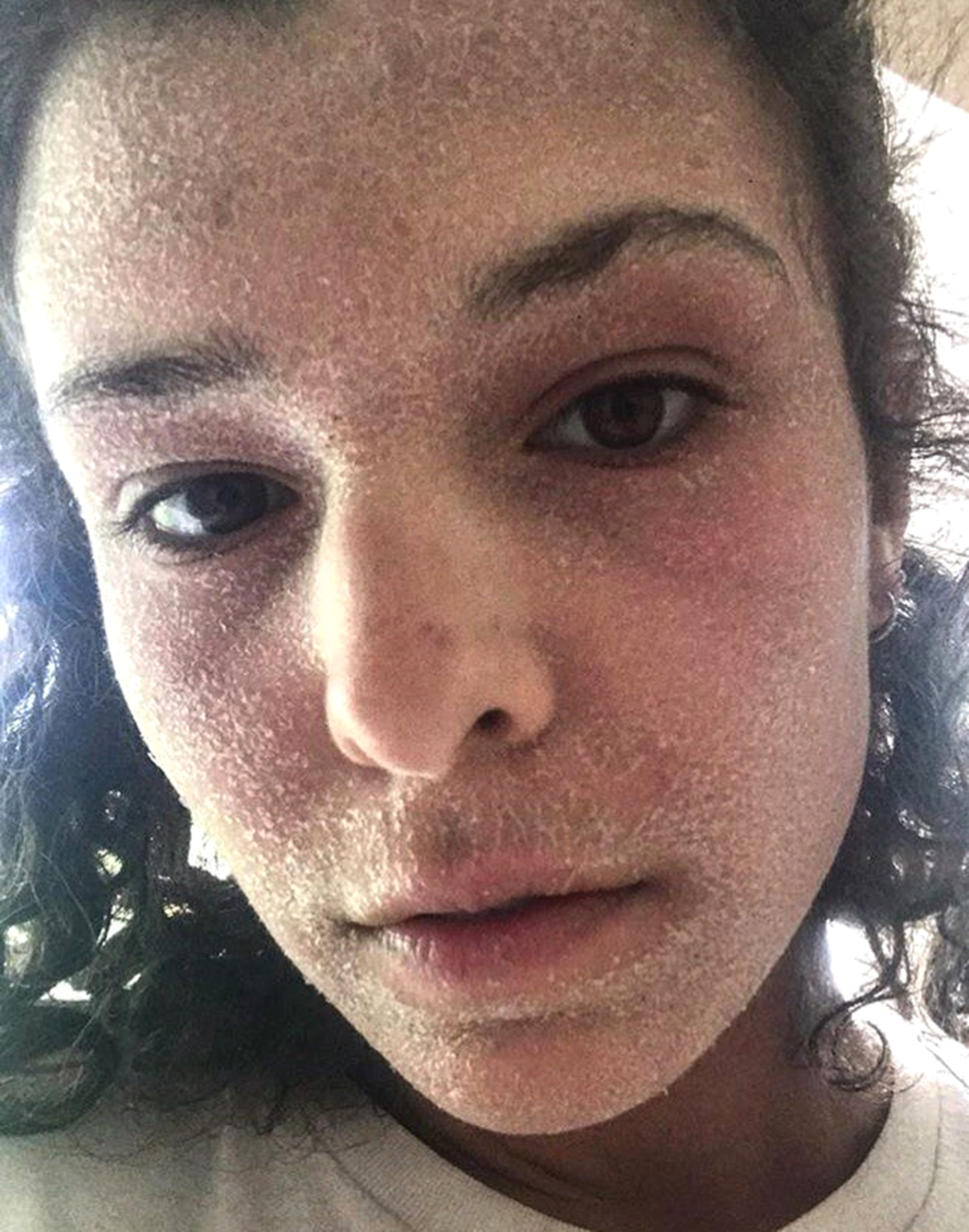 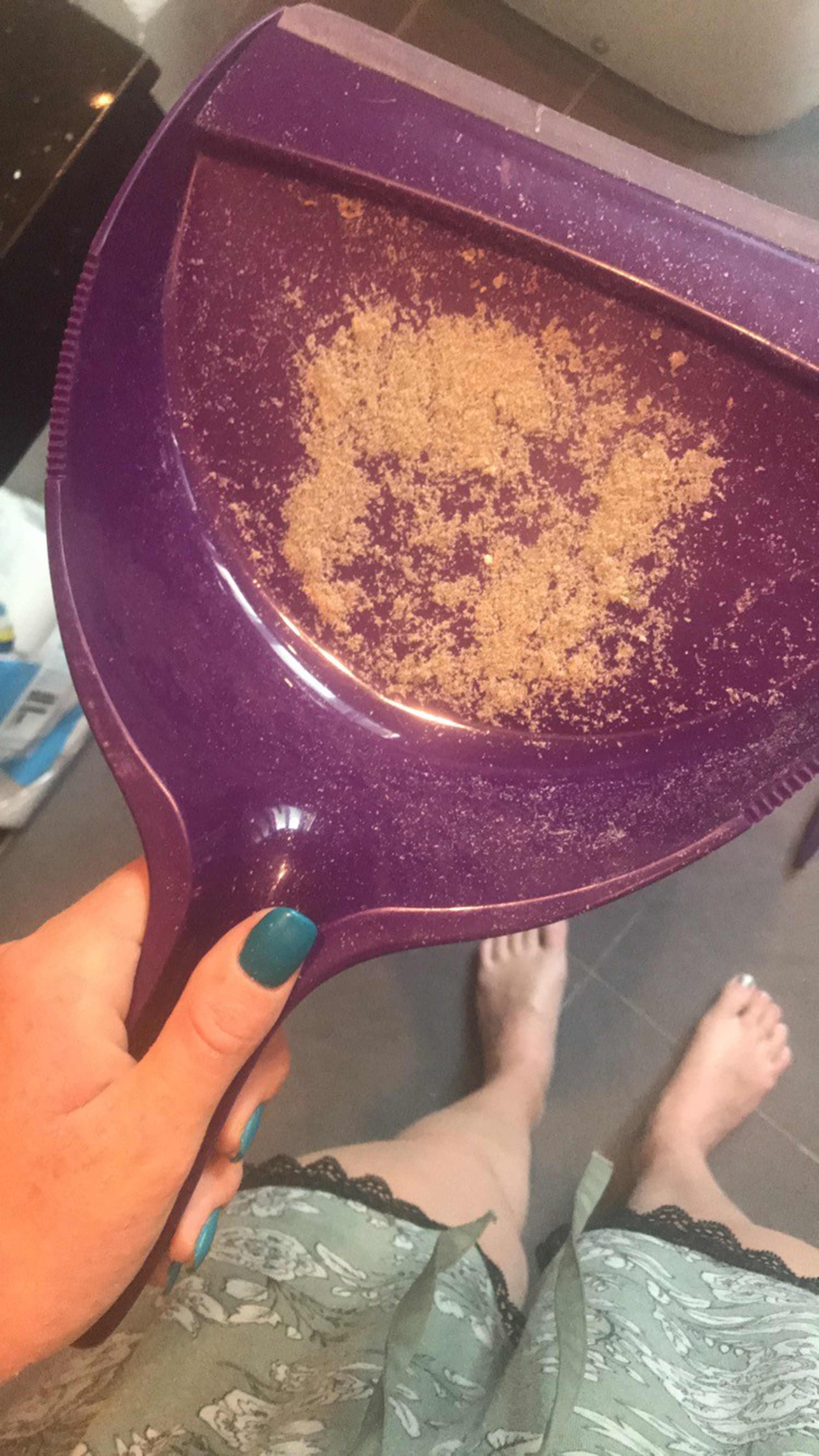 She said: "I hash tagged eczema and found hundreds of accounts that had symptoms the exact same as mine and mentioned topical steroid withdrawal.

"I had never heard of it before but it seemed the only way to stop my skin from being red was to completely stop taking steroids.

"I didn’t ween myself off them, I just stopped taking them in April."

As the weeks passed, Alice noticed her skin worsen – and it had a huge impact on her physical and mental health.

She also was forced to tape mittens onto her hands at night to stop the severe scratching and says her bed became a "sand pit" due to the amount of skin shed.

She added: "As the weeks passed, my skin got worse – I also lost a stone in one month because I felt so ill and lost my appetite.

“It was frustrating because when you are ill, you just want to lie down in bed but when I was in bed, the sheets would irritate my skin.

“Most of the time I was happiest standing up without clothes on in the middle of my room.

“My skin got worse before it got better, I had to quit my job as a research scientist and move back into my parents’ home.

“Eczema was controlling my life and began to take its toll on my mental health. 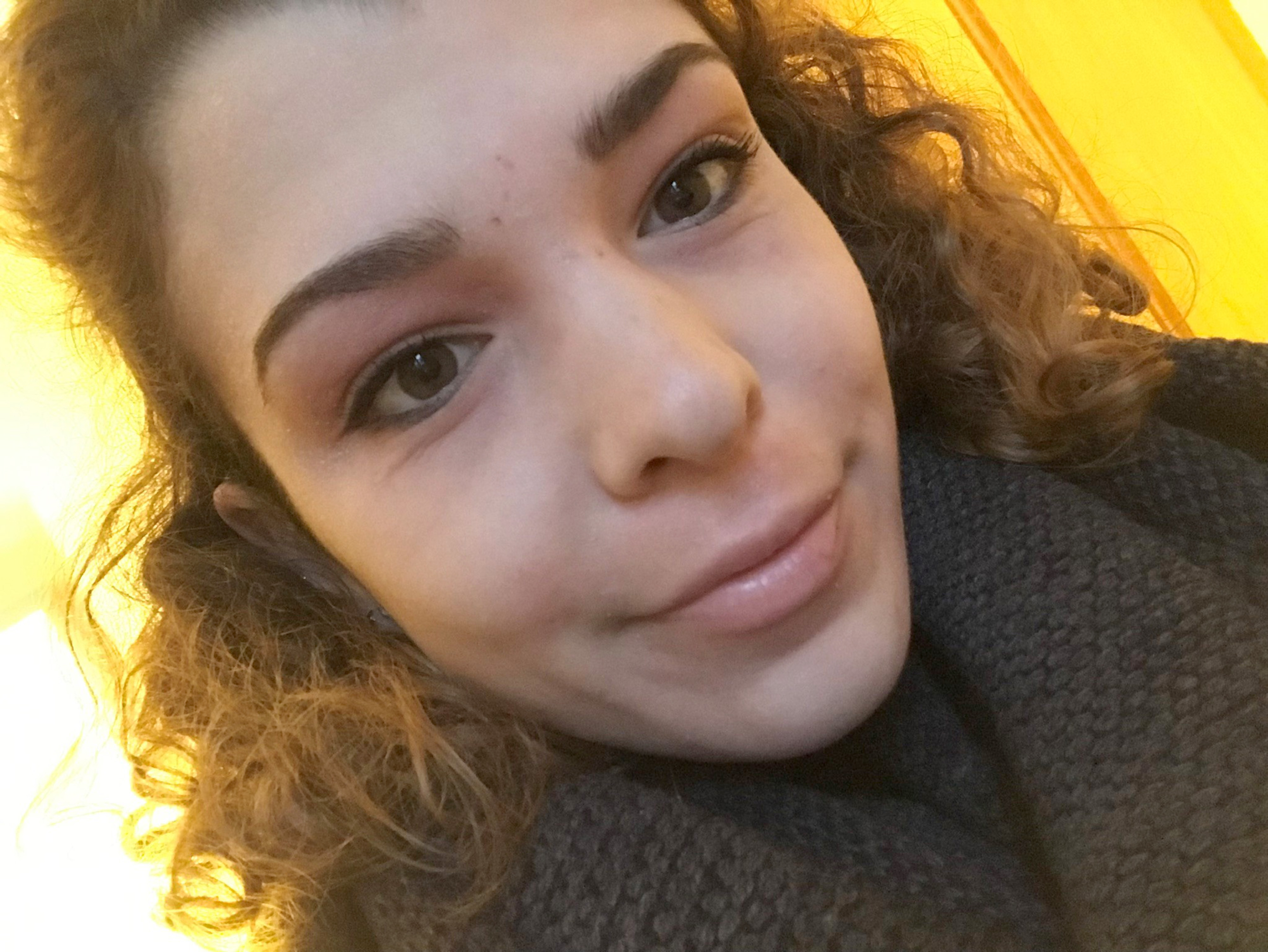 “I had to sleep with mittens taped onto my hands to stop the itching and in the morning, I would use a dustpan and brush the skin away.”

Alice stopped using moisturiser which was a "turning point" as her skin became less irritated and regenerated after three weeks.

Alice’s skin is now clear after taking advice from those online to stop the steroids, and she is feeling better than ever. 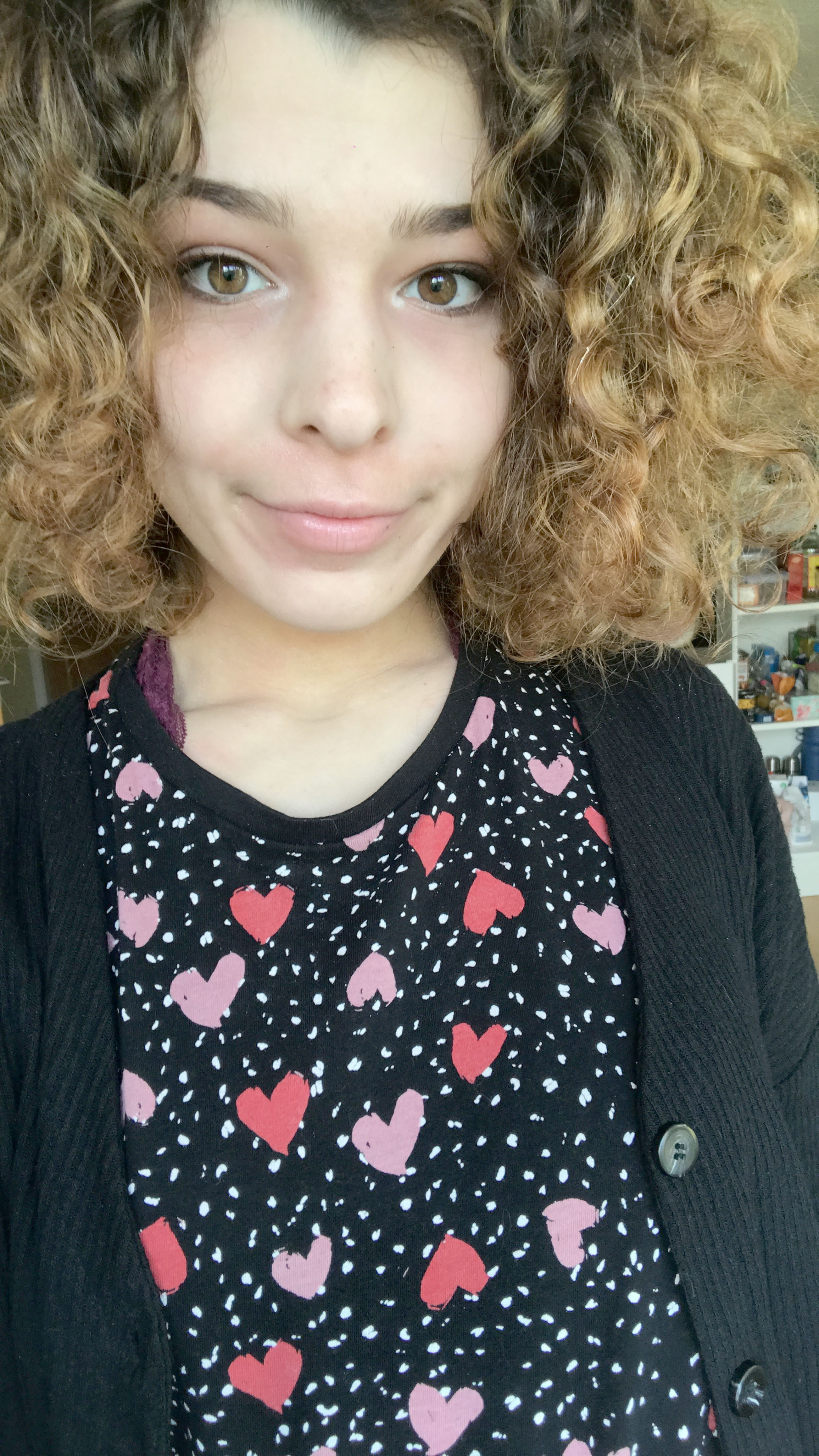 Alice said: "My diet is very restricted, but it has massively helped my skin, it is basic but worth it.

"The most frustrating part about this ordeal is doctors are the one who prescribed me with steroids that led to worse skin than ever before.

"I visited them a number of times and even dermatologists weren’t willing to take on a case like mine."

Alice is now praising Instagram for helping her realise she was "addicted" to steroids and that her only "cure" was to stop taking the medication.

Eczema is a condition that causes the skin to become itchy, red, dry and cracked.

Atopic eczema (the most common form of the condition) is more common in children, often developing before their first birthday.

However, it may also develop for the first time in adults.

It's usually a long-term condition, although it can improve significantly, or even clear completely, in some children as they get older.

The exact cause of eczema is not known.

Symptoms:
Some people only have small patches of dry skin, but others may experience widespread red, inflamed skin all over the body.

It can affect any part of the body but it most often affects the hands, insides of the elbows, backs of the knees and the face and scalp in children.

There are many different treatments to help control eczema, including:

"I learnt about everything on Instagram and gained support from other girls going through the same thing," she said.

"It was nice to know that I am not the only one and I have since made friends through TSW so at least there is one positive."