ONE woman has gone viral after styling her hair whilst in immense labour pain because she wanted to look her best.

Those who've given birth know how painful the process can be – and it's certainly not the most glamorous one either. 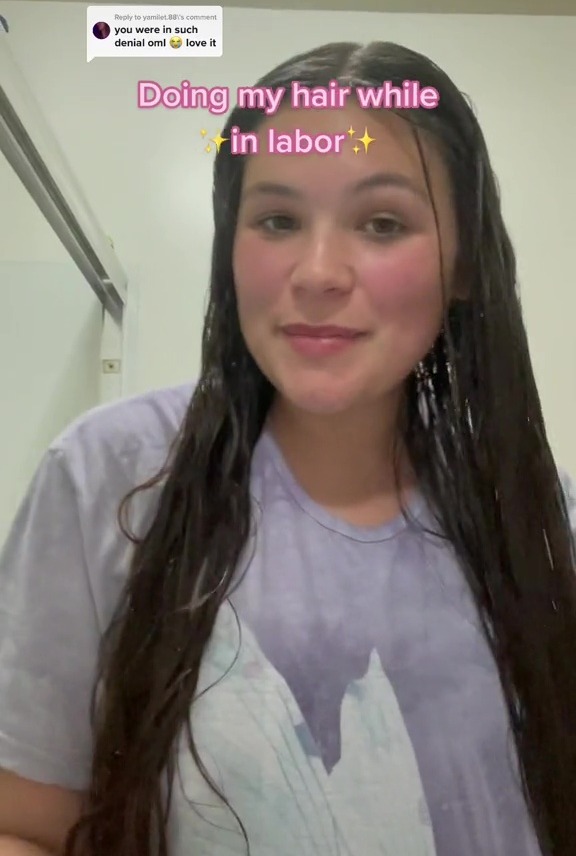 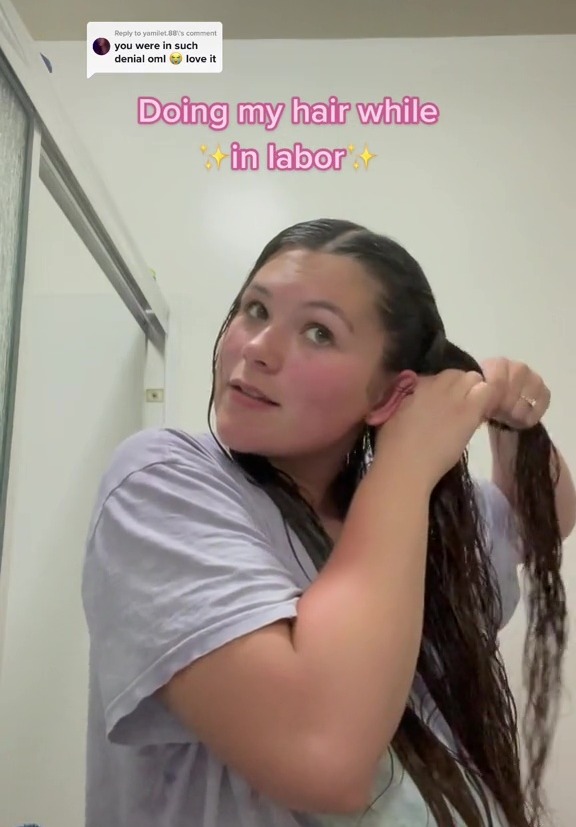 But one mum-to-be was determined to look her best when the baby arrived and went so far as convincing herself she wasn't experienced contractions just so she could finish braiding her locks before heading to the hospital, The Mirror reported.

In a clip, which has since taken the internet by storm, Secora Hawks, from the US, appeared perfectly calm whilst styling her long hair, despite admitting that she was in ''the worst pain''.

"My husband is on the phone to the labour and delivery department to ask if we should come in, and I'm definitely in the worst pain [I've felt] in my life.

"I'm just trying to do my hair before the pain starts again." 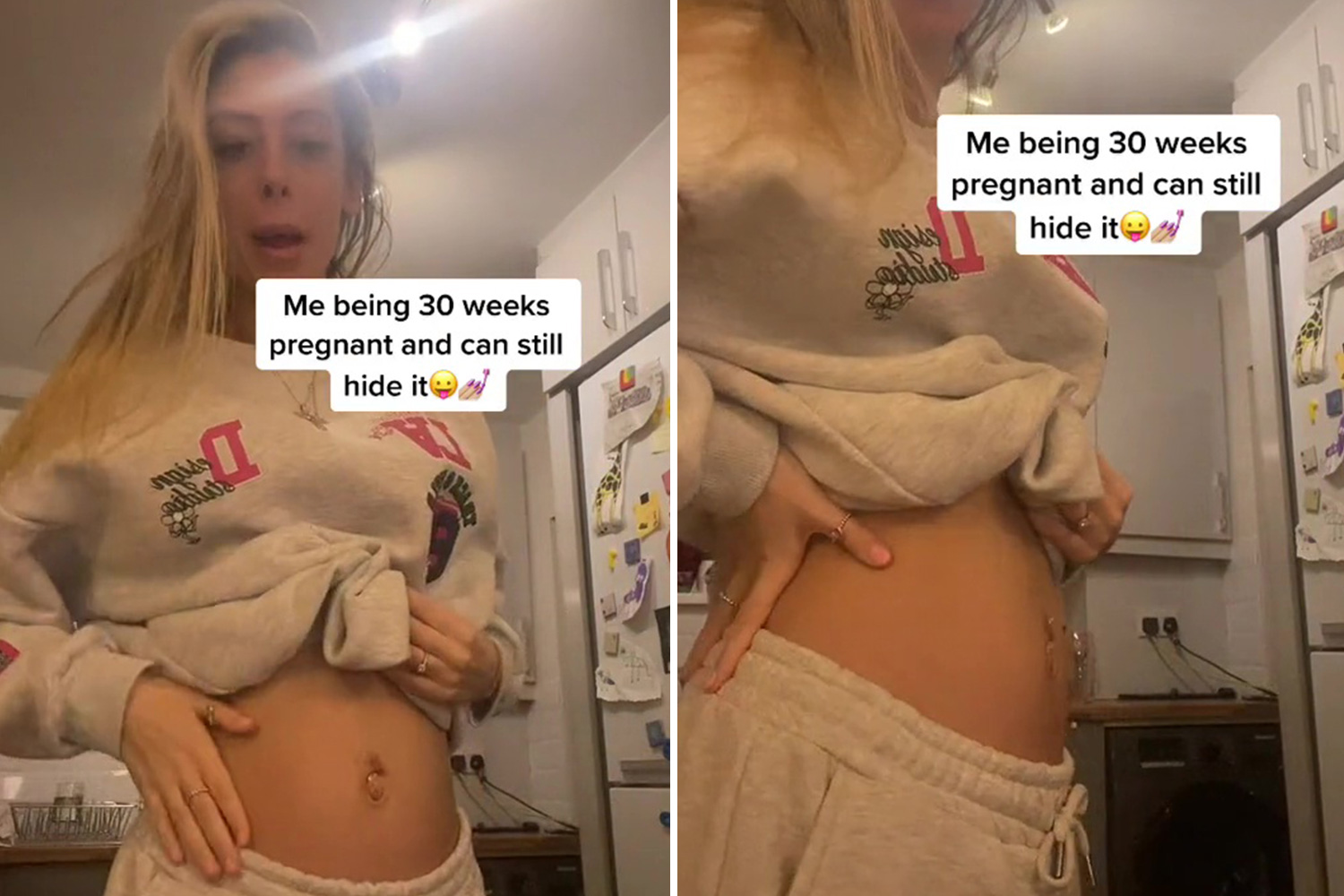 Halfway through the video, which has been viewed more than a whopping 12.3 million times, Secora stopped for a second whilst braiding to take deep breaths, as she experienced another contraction on camera.

However, the mum, who later gave birth to an adorable baby girl, continued to power through and finished the look.

The viral video came as a follow-up in her pregnancy-childbirth series, in which she insisted there simply was no way she could be approaching the big day.

"I better not be in labour because my mum's not coming until tomorrow.

"I also have lunch plans with my dad tomorrow, so I really hope this pain goes away tonight and I'm not actually in labour,'' US-based woman prayed.

But despite Secora's prayers and denial, she was indeed in labour and the couple welcomed her baby daughter into the world soon afterwards – whilst her hair was in two neat Dutch braids.

Viewers, who had followed the mum's journey, took it to comments to show support, with many praising Secora for remaining so calm throughout the process.

"The fact that you were in the worst pain of your life, still looked amazing and didn't show you were in pain,'' wrote one fan.

Someone else wanted the woman to share her secret of keeping her composure, saying she'd be ''sobbing on the floor''.

There were also a couple of fellow parents who shared their pregnancy stories, like this person: "I was in labour on Thanksgiving and didn't want to miss dinner so I dealt with labour pains until I finished eating and then went [to the hospital]."

"I took a two-hour bath, did my makeup, drank a cup of coffee, mopped my floors and had her three hours later,'' another revealed. 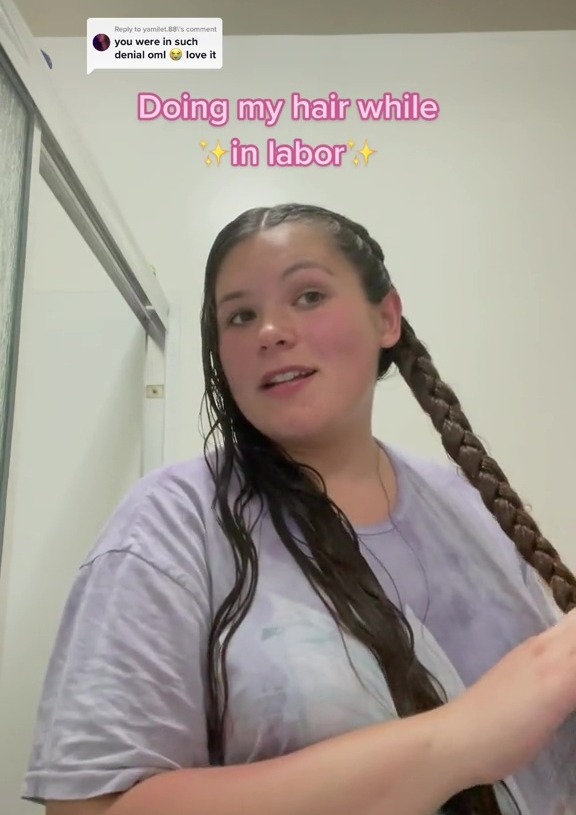 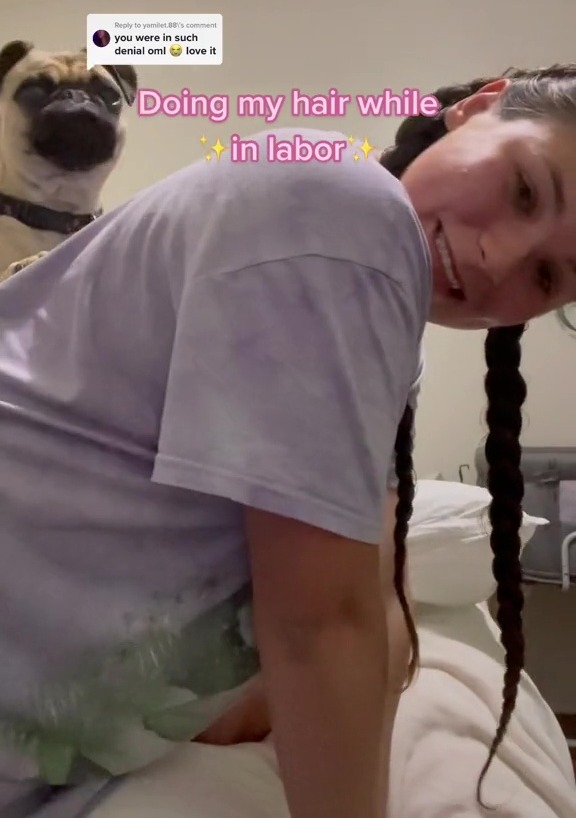