IF you have ever left a nail salon disliking your new set of nails, you will understand the feeling of disappointment.

One woman has taken to TikTok to reveal that she wanted a set of glamorous French tip nails but got more than she bargained for, when she ended up with what she described as “watermelon nails”. 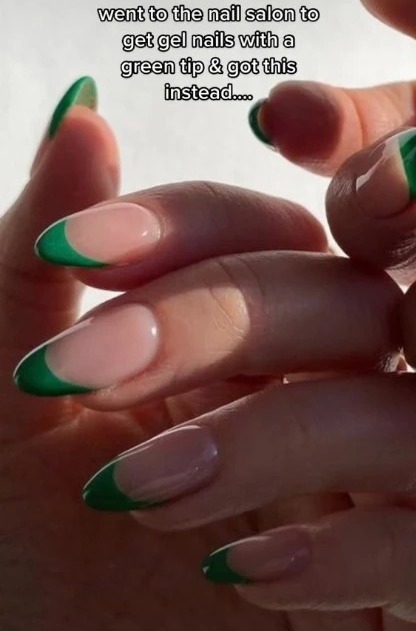 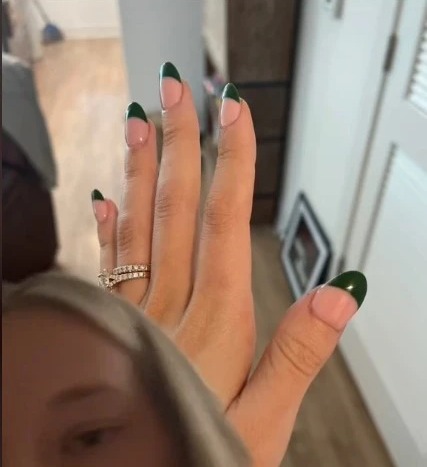 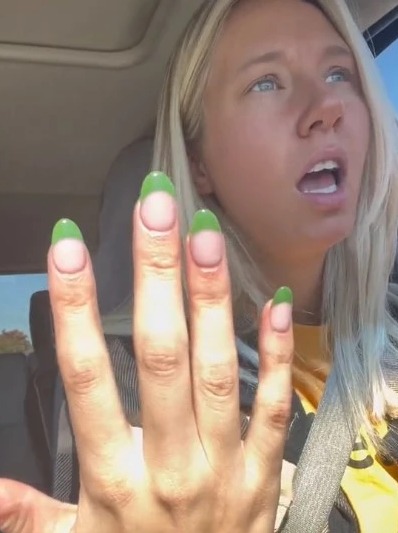 Ivey Hale, who posts on social media under the username @iveys_journey, has amassed an impressive 39.4k followers and 2.4million likes on the video sharing platform and recently took to the social media app to show off her new nails.

The content creator and part-time nanny revealed that she wanted a set of green nails but was left very disappointed at what she ended up getting.

The beauty fan said: “Nail salons stress me the f out.

“I go to the same person every single time, I told him, I want gel, I hate SNS. 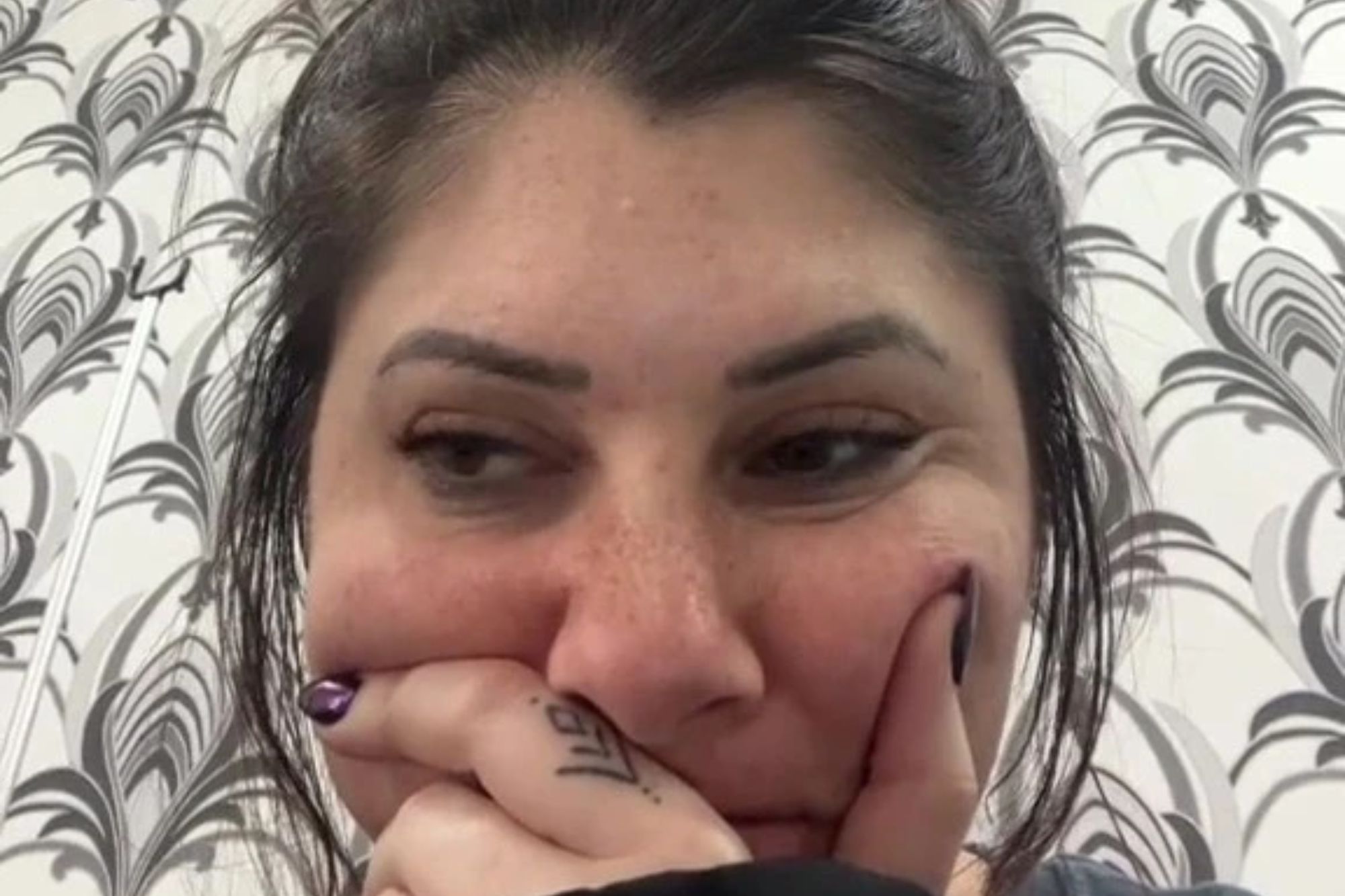 I went for a pedicure but fell asleep…I woke up with Shrek toes, they’re awful 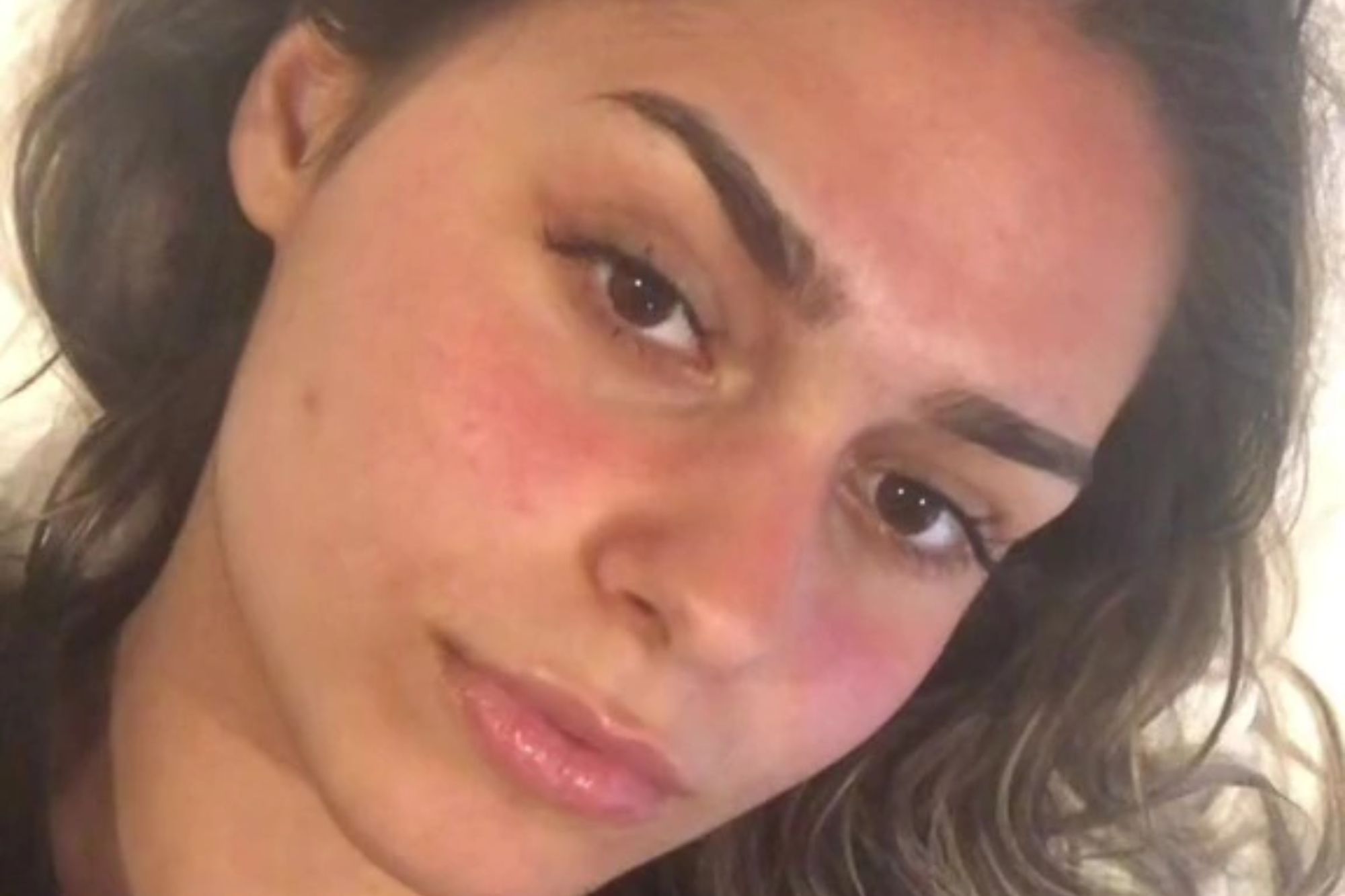 “I always get gel and he knows that right?

“Well, tell me why this man put SNS on my fingers and these are the green tips.

“I have watermelon fingers, that is full on plain pink at the bottom.

“They’re so bulky and I didn’t realise he was putting SNS on my nails.

'WE KNOW THE TRUTH'

“I thought it was just acrylic, I was so confused and now I hate my nails.

“I have a business photoshoot on Sunday and I don’t know what to do”.

In another video, Ivey shared an image of the nails she wanted, followed by a picture of what her nails actually looked like.

She explained: “Went to the nail salon to get gel nails with a green tip and got this instead.

“Please look at my thumb…. I wanted natural looking gel nails and got SNS chunky ones”.

Ivey’s video has clearly left many open-mouthed, as it has quickly racked up an impressive 200.6k views.

One person said: “Did you tell them? Get a refund?” to which Ivey confirmed “I texted and asked to come back but haven’t gotten a response yet”.

Another added: “Nail salons stress me out and my anxiety gets so bad that I have a hard time sticking up for myself” to which Ivey replied “It’s crazy bc I’ve been going here for a year and love them sooo idk how this happened”.

A third commented: “Those are crazy thick and look terrible”.

Whilst someone else advised: “Girl pls go to a new salon, they look so bad”.