A WOMAN who put her bloated tummy down to IBS has revealed her shock at finding out she was actually six months pregnant.

Blogger Abby Pollock, who is from the US, took to TikTok and shared a short video showing off her bloated-looking tummy as she gets into a car. 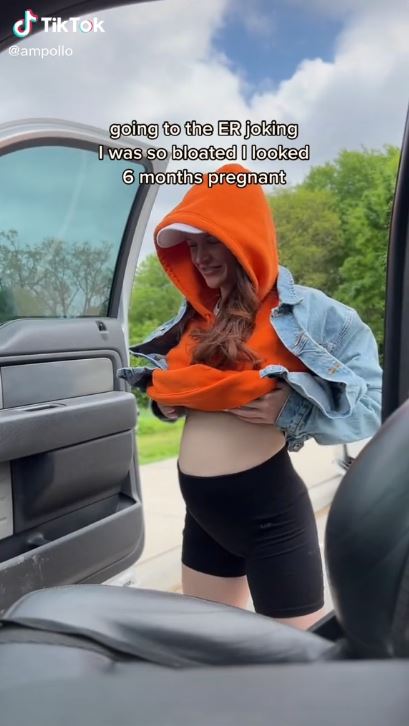 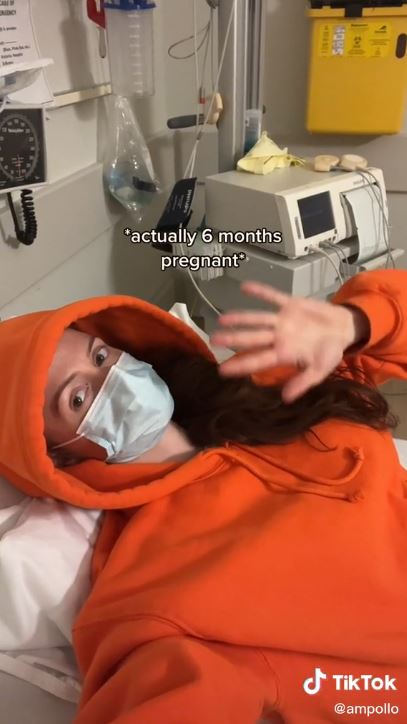 "Going to the ER joking I was so bloated I looked pregnant," she says.

In the next clip, she's lying in the hospital bed as a baby scan flashes up on the screen.

Abby shared more of her surprise pregnancy story to her YouTube channel.

"Where this story begins is that I have IBS," she says. 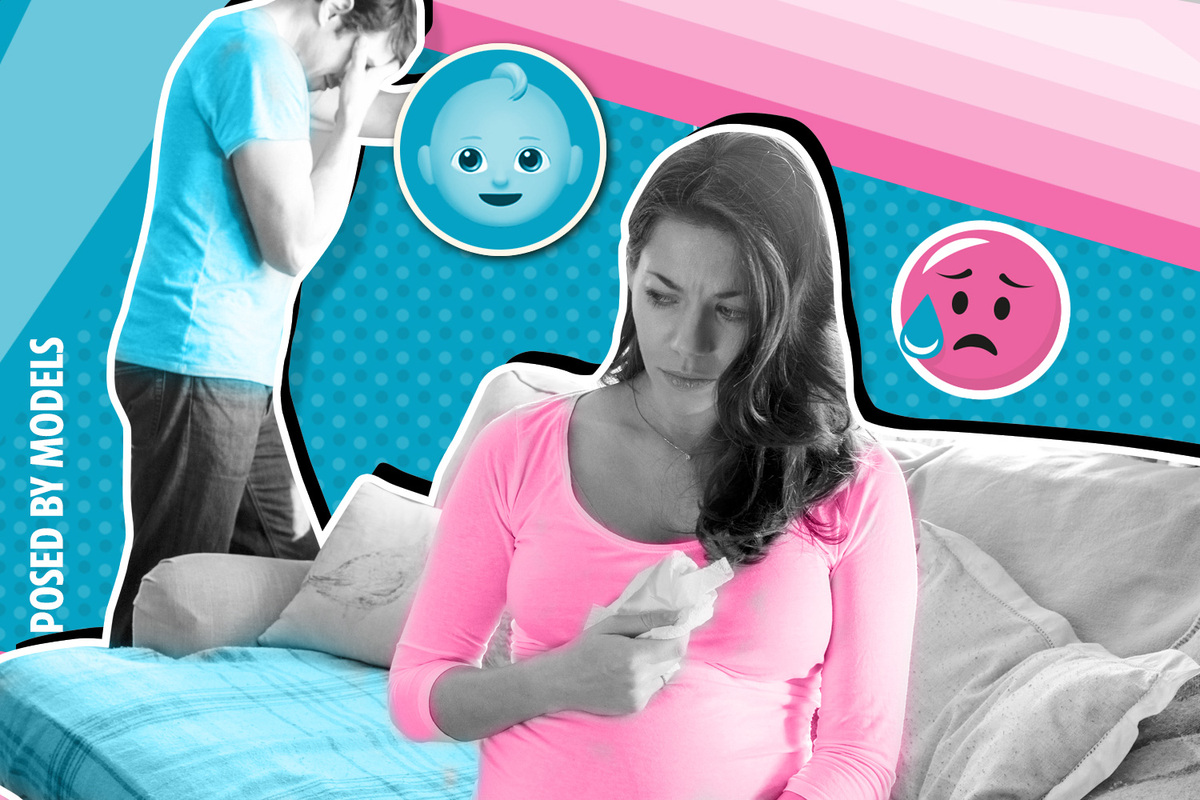 "It may seem random and unrelated…but these details are necessary for the story.

"I have tummy issues. They've been well managed for the past year until a couple of weeks ago when I started experiencing pretty bad bloating."

"It's not normal for me but I thought 'fine, I've been stressed out, I'm going to try my normal strategies – nothing!"

That bloating then turned into constipation…it was concerning for me."

She continues: "It turned into a dull abdominal pain and after a few more days of not being able to go to the bathroom, sharp abdominals and pelvic pain when I tried to go.

And when I touched my stomach it was rock hard."

I tried on a wedding dress… I felt sexy, but a pal said I looked horrendous

Eventually, Abby grew increasingly concerned and went to her local doctor where they did an ultrasound.

"The doctor very calmly says 'this is not bloating…this is a baby. And from the looks of it, this is not a small baby. At first glance, this may be a six month old baby!"

She adds: "The doctor was just as shocked as me!"

It wasn't long before the comments section was flooded with messages – with many congratulating Abby on her happy news and others recalling their own unusual pregnancy stories.

"Imagine having only 3 months to let the reality set in that you’ll be a mum and your life has changed forever," wrote one.

A second commented: "Omg I've been joking about my bloating looking like I pregnant for so long. I do not claim this."

A third penned: "GIRL DON’T SCARE ME LIKE THIS."

Meanwhile, another added: "Congrats!! 7 month pregnant here and I keep on saying that if it wasn't for the ultrasounds I wouldn't know I am pregnant."

A further penned: "This is more common than people think. Especially if you already have abnormal periods or continue to bleed/spot throughout pregnancy."

Another recalled: "Woke up in the middle of the night feeling a baby kicking turned out to be 5 months pregnant." 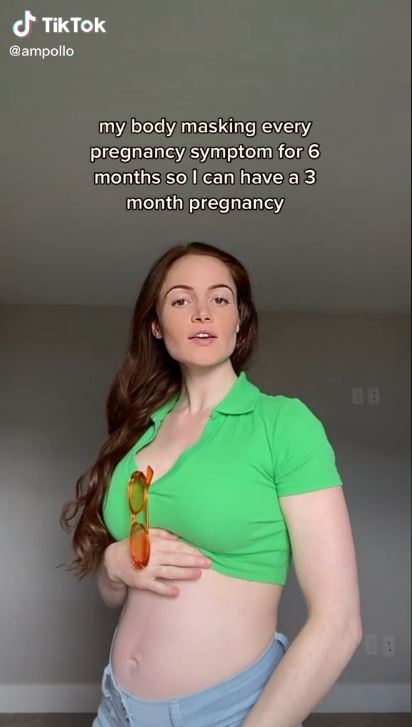