IF YOU thought you knew how to cook a jacket potato perfectly, think again.

It seems as though we’ve been doing a lot of stuff wrong recently…cooking, cleaning and all sorts. 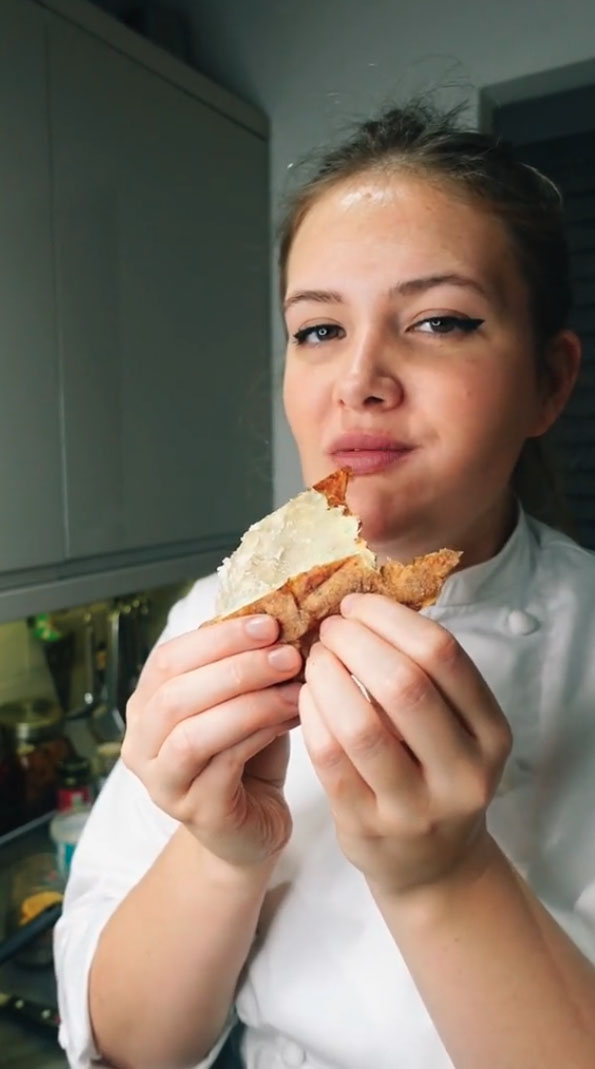 And now, it appears that we’ve been cooking our jacket potatoes wrong too.

Poppy O’Toole, a Michelin-trained chef turned ‘Potato Queen’ has taken to TikTok to tell us how we should be cooking our potatoes if we want to get the perfect crispy skin.

Poppy uploaded her video to TikTok account ‘poppycooks’ with the caption ‘A chef’s secrets to the perfect baked potato’.

She said: “Everyone wants to know how I get the skin so crispy and I wish there was something chefy to it, but there really isn’t.

“All you need to do is poke a fork in, that’s going to let the moisturiser out that lets you get nice, crispy skin.

“Then you’re going to slather it up in vegetable oil, that’s also going to help get that crispiness in there.

“Add a load of flaky salt, you want to push the boat out for a baked potato.

“Then I get it into a cold oven and get it up to 200 degrees celsius and leave it in there for about two and a half hours or so, so it’s crispy and delicious.”

So there you have it…the secrets for the perfect jacket potato.

Into a cold oven (who knew) and leave it for two and a half hours (which seems like a lifetime to be honest). 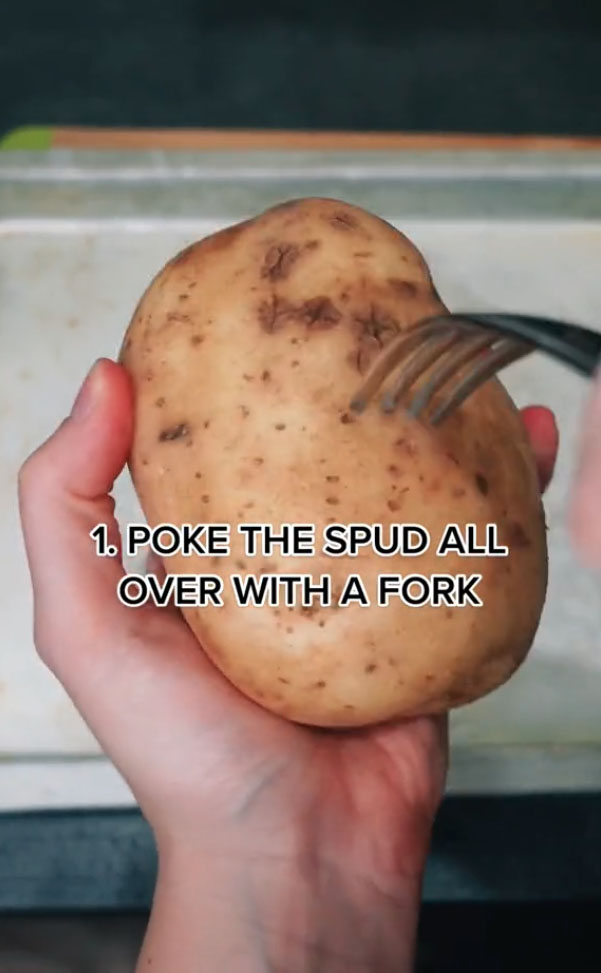 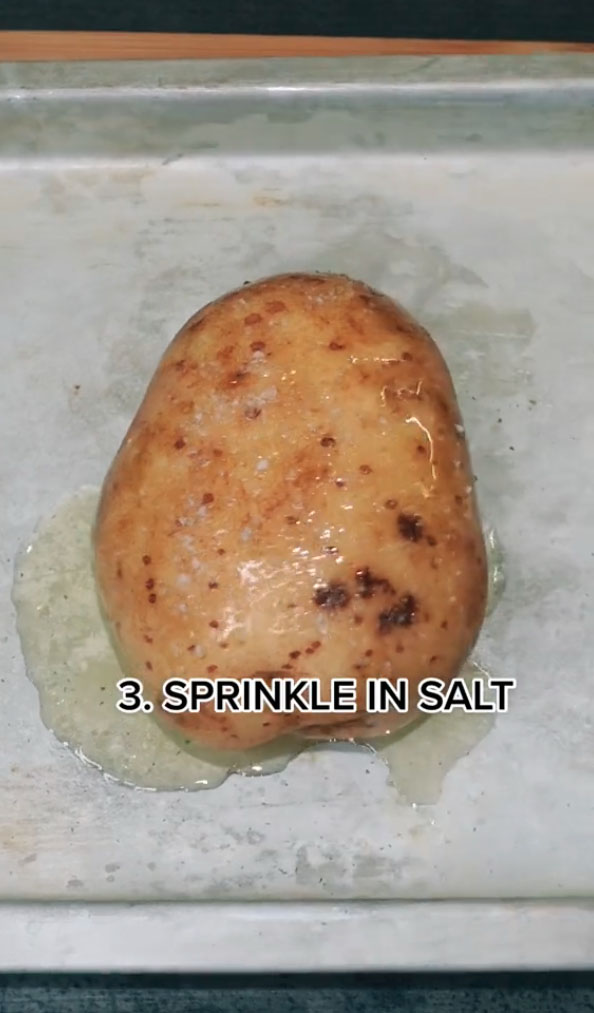 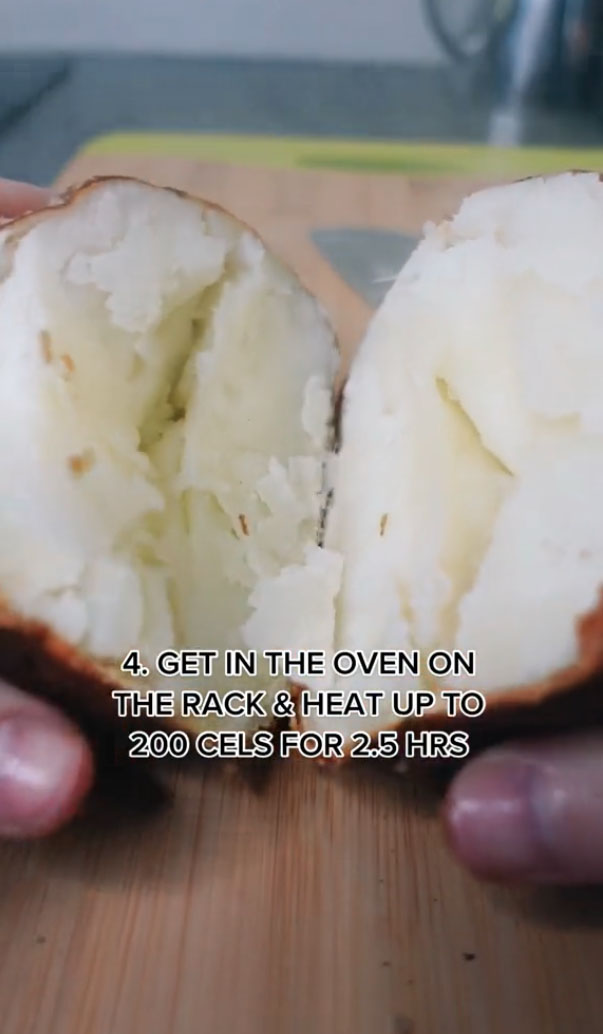 So if you thought leaving it in the oven for 40 minutes would do the trick, you heard it here first that that is not enough time for the perfect crispy potato.

At the time of writing, Poppy’s video had only been posted to TikTok four days prior, but had already racked up a whopping 664k views.

One person said: “From a cold oven? I've not heard of that before!”

Another added: “When I make a baked potato I put it in the microwave for 7 minutes.”

A third commented: “The energy bill for 2.5 hours for one potato.” 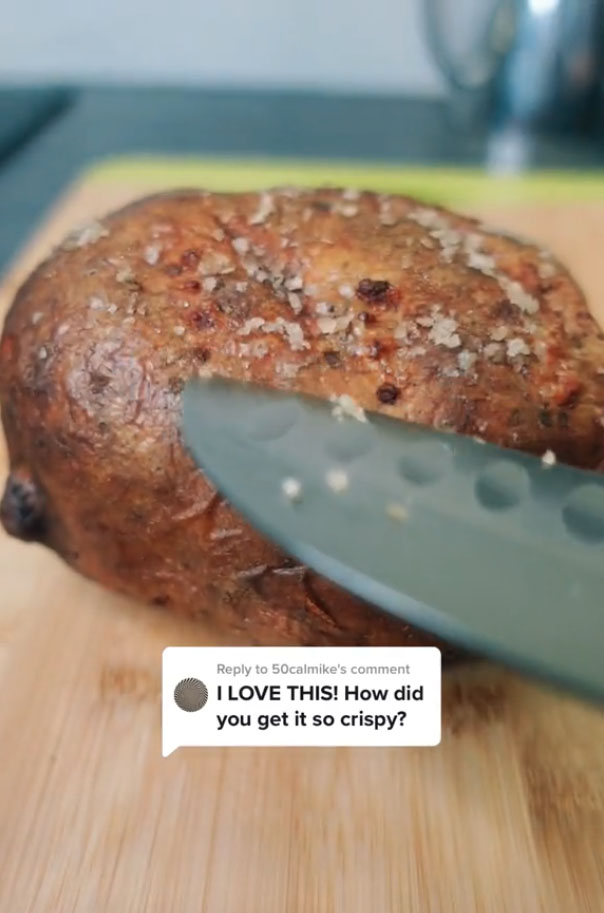 For other things you're doing wrong, you’ve been cooking scrambled eggs all wrong… these 5 hacks will give you the perfect fluffy finish.

Meanwhile, you’ve been poaching your eggs all wrong… here’s how to get the perfect runny egg in just 40 seconds.

Also, you’ve been cooking steak all wrong – and this trick will make it perfect every time.