A WOMAN has revealed how she nearly died after taking the contraceptive pill caused her to have two huge blood clots.

Lauren Dyer awoke moments after suddenly fainting, she had no idea what had happened to her. 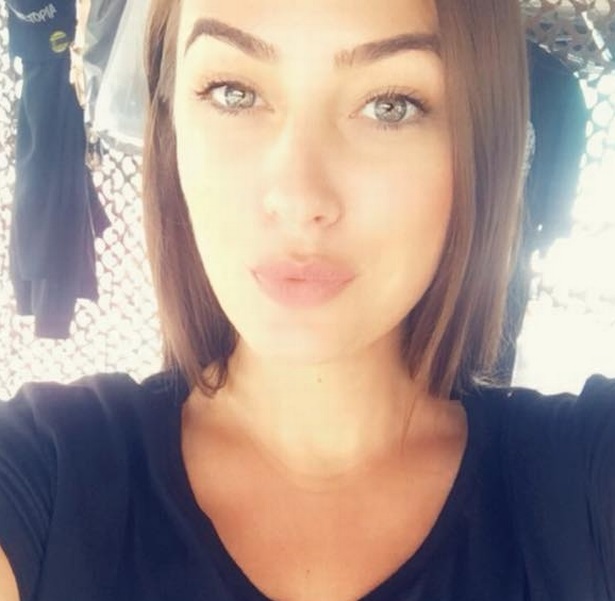 The 33-year-old Aldi worker was short of breath and unable to talk or move around without gasping for air.

Her brother called an ambulance and the normally fit and healthy Lauren from was rushed to Good Hope Hospital from her Tamworth home.

After questions, tests and a scan, she was told that she had two massive pulmonary embolisms (two big clusters of blood clots), restricting her breathing.

One was blocking the main airway of her right lung and the other was in the lower part of her left lung. 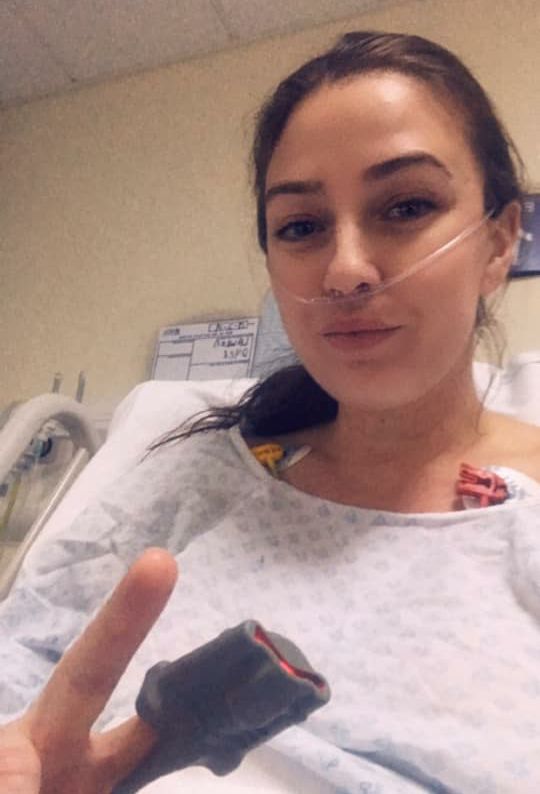 A blood specialist confirmed they had started as blood clots in the pelvis that had dispersed to her lungs, brought on as a result of her taking the Microgynon contraceptive pill.

She feels lucky it was spotted early as Tamworth teaching assistant Fallan Kurek died of a massive pulmonary embolism on her lung caused by taking the contraceptive pill in 2015.

She suffered two cardiac arrests after she stopped breathing.

"I’m very lucky to be alive today," said Lauren."I didn’t get any warning signs I just passed out.

“Usually with blood clots, they start in the legs and your legs will swell and give you pain and treatment can be given before they travel closer to you heart or brain, but mine developed in the pelvic area and when I passed out that was the clots passing through my heart." 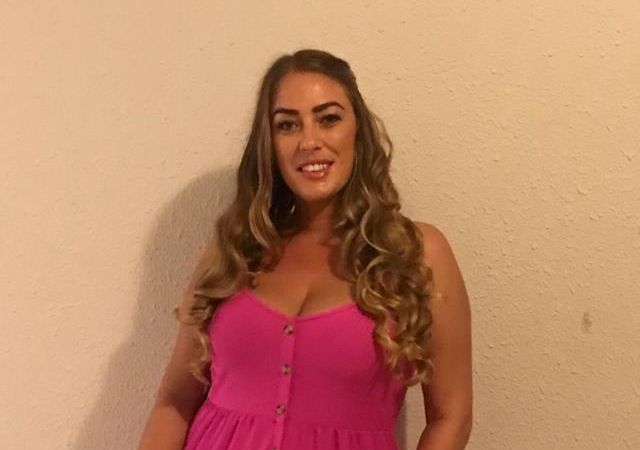 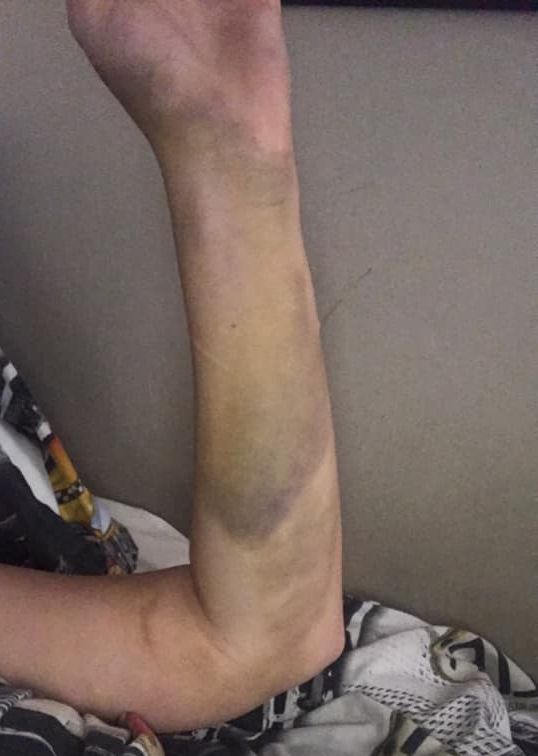 When Lauren first arrived at hospital in February 2019, medics injected her with blood thinners to start the process of breaking down the clots.

But after 24 hours her condition still hadn't improved.

So a consultant decided to give her a drug that would blast the clots into tiny pieces and clear them immediately in a bid to help her breathe more easily and bring her heart rate back to normal.

She continued: "My heart rate had been ridiculously high for two days straight so there was a risk of giving me heart problems in the future if the clots weren’t cleared soon because my heart had enlarged.

"The drug is only usually given to patients who are unresponsive due to blood clots however even though there are small risks like, internal bleeding or stroke. 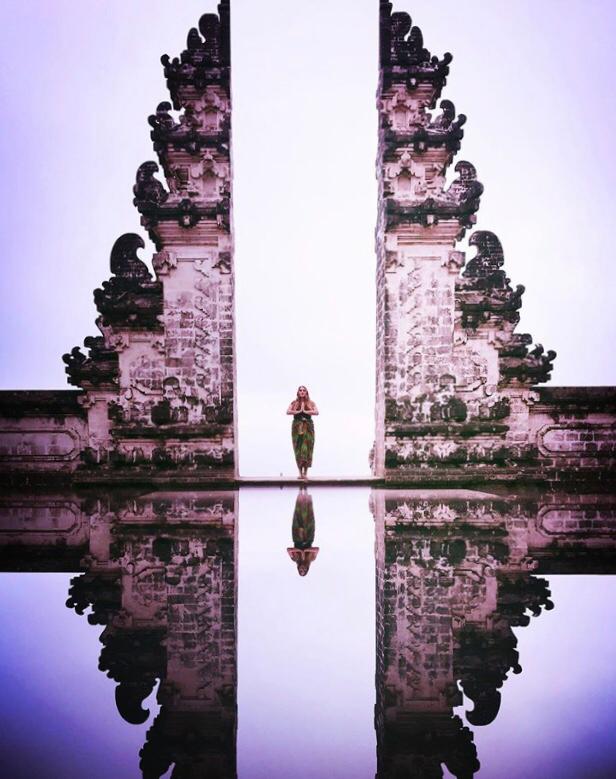 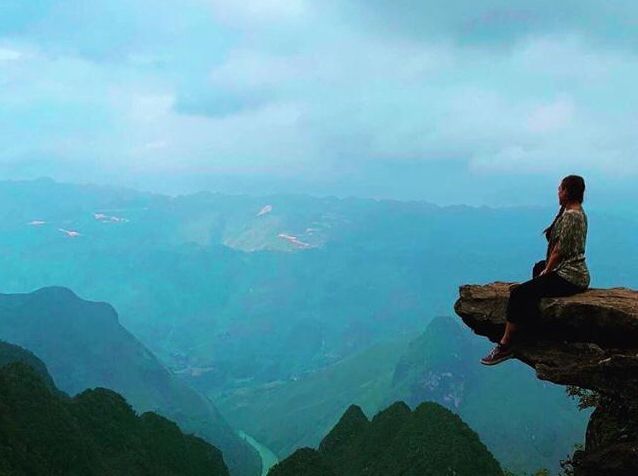 "The consultant was confident that this is the treatment I needed and was best for my heart in the long run."

She added: "It really was a scary time for me, but mostly my family and close friends.

"I felt normal apart from the shortness of breath so it’s seemed strange me being in hospital with an oxygen tube up my nose, attached to monitors and drips."

Lauren had planned a 12-month adventure around Bali, Malaysia, Cambodia, the Philippines and Thailand in May and was worried that she was going to have to cancel her trip.

However, the treatment worked really quickly and, although it caused bruising, she was able to continue with her plans, setting off for Bali in May 2019, albeit with six months worth of medication in her bag. 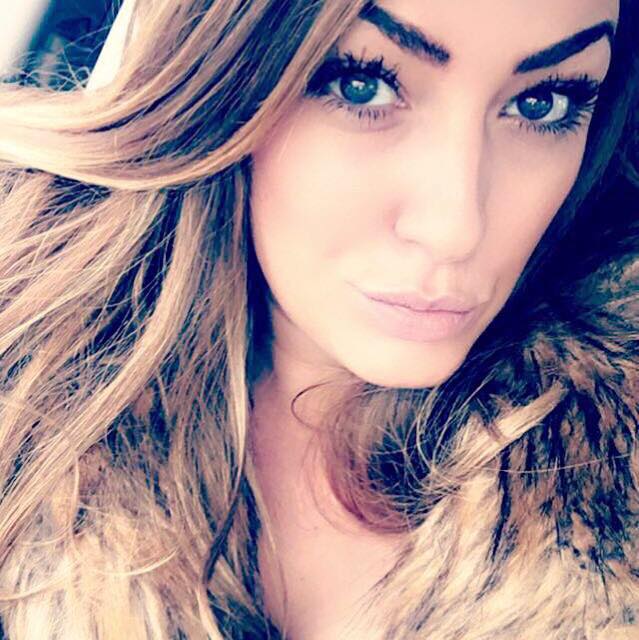 She said: "I was concerned I wasn’t going to be able to go travelling or it be delayed massively but the treatment worked within 10 minutes of the drugs being administered.

“My heart rate started to go down, I gradually needed less oxygen and, before I knew it, over the next 24 hours I was in the clear. I was kept in hospital for a few more days for monitoring.

"I was a bit battered and bruised from all the tubes and drips, had to go on medication for the next six months but I was alive, my heart was OK and everything was all good.

"I know I'm lucky because there was a girl in Tamworth who died from a blot clot caused by the pill.

“It's important for women to look at other options, especially if they've been on the same pill for years as it increases your risk of blood clots." 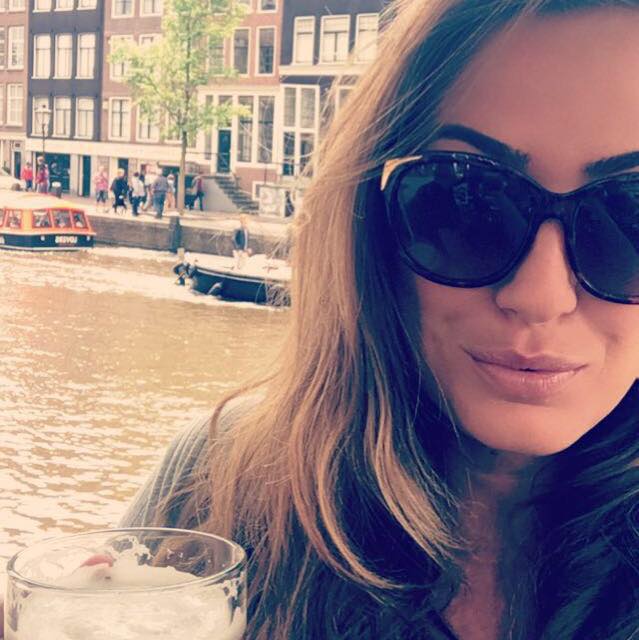 Lauren was referring to Fallan Kurek, 21, who collapsed at home in May 2015. Her parents called an ambulance and paramedics desperately battled to save her life but sadly, three days later, Fallan passed away after being pronounced brain-dead by doctors.

An inquest at Cannock Coroner’s Court found that her death was linked to Fallan taking the contraceptive pill and her death sent shockwaves around the world, leading many women to question their use of the pill.

Lauren added: "I’m so thankful of the staff at Good Hope Hospital for looking after me and giving me the right treatments to not only get rid of the clots but to save my heart from future problems. 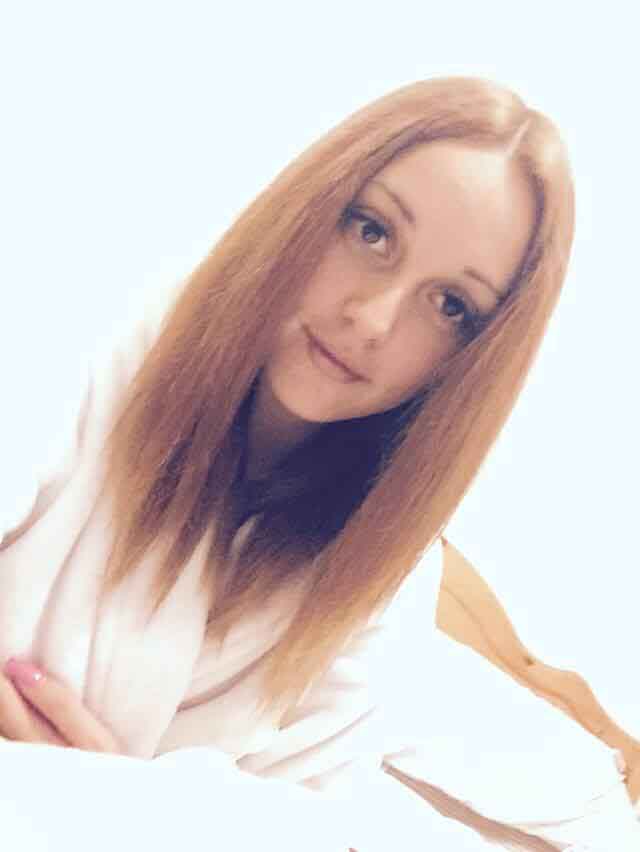 "I’m also extremely thankful for my family and friends who where there to support me, especially my mum who didn’t leave my side until she knew I was going to be OK.

"To think now after all that I’m here six months into travelling South East Asia and living my best life!

“I have had the most amazing time away and hopefully the next few months will be just as awesome. Just remember life is short and it can be made even shorter so live everyday like it’s your last!"

Lauren is keen to raise awareness of the risks of taking the pill, especially for women who have used the same contraceptive method for years.

"I want to say to any women on the contraceptive pill for birth control, please go see your doctor and discuss any other options there may be for you, especially if you have been on it for years and years.

"The pill increases the risk of blood clots and is the reason I ended up in hospital."

What is Microgynon? How dangerous is it?

Microgynon is a combined hormonal contraceptive (CHC) that contains the oestrogen ethinylestradiol in combination with the progestogen levonorgestrel.

Out of 10,000 women who are using a CHC that contains
levonorgestrel, around five to seven will develop a blood clot in the leg (deep
vein thrombosis DVT) or lung (pulmonary embolus PE) in a year.

A spokeswoman for the government-run Medicines and
Healthcare products Regulatory Agency said: "Hormonal contraceptive pills
(“the pill”) are highly effective medicines for preventing unwanted pregnancy
and the benefits associated with their use far outweigh their risks.

"The risk of blood clots associated with using the
combined contraceptive pill is very small. Prescribers and women should
familiarise themselves with the major risk factors for blood clots and the key
signs and symptoms provided in the product information.

"Bayer investigates reports on side effects thoroughly
and collaborates closely with regulatory authorities concerning the use,
benefits and risks of all products. Bayer strongly encourages all patients and
healthcare professionals to report adverse events to the company directly or to
the Medicines and Healthcare Products Regulatory Agency (MHRA).

"Combined hormonal contraceptives (CHCs), like
Microgynon® (levonorgestrel 150 mcg/ethinylestradiol 30 mcg), are among the
most systematically studied and widely used medical products available today.
Based on a thorough assessment of the available scientific data by regulatory
authorities, outside independent experts and Bayer scientists,

Microgynon® is considered effective and overall, has a
favourable benefit-risk profile when used appropriately.

"Risk of blood clots is increased for women taking CHCs
when compared with non-users. This is a well-known class effect of all CHCs as
is clearly stated in the patient information leaflet of CHCs. This risk,
however, of blood clots in a woman taking a CHC is smaller than the risk of
clots associated with pregnancy.

"A woman’s individual risk for a blood clot is
determined by her personal risk factors. General risk factors for clots include
genetic predisposition, obesity, pregnancy, advancing age and immobilisation
(bed rest, a long-haul flight, trauma or surgery). The clot risk for a healthy
woman is low , whether she takes an oral contraceptive or not. The more risk
factors a woman has, the higher her risk might be.

"A woman should discuss their own medical history and
known risk factors with her healthcare professional to weigh the risks of blood
clots against the need for contraception and determine the contraceptive method
best suited for their individual circumstances."

Anyone concerned about their contraception is advised to
speak to their GP.

In other health news, a mum who was left horrified when pubic hair began growing out of her face begs Botched doctors to help her.

And this woman waited to lose her virginity until her wedding night only to find out sex was impossible.

Plus crippling endometriosis means this woman can't have a baby until she saves up to £3,000 for surgery.