CARRYING a few extra pounds has long been associated with being unfit – and exercise plans often focus on losing weight.

But a study published this week suggests you can be fat AND fit.

A US review of a series of scientific reports concluded that when it comes to improving our health and lowering the risk of early death, regular exercise is more effective than shedding pounds.

Professor Glenn Gaesser, of Arizona State University, claims our obsession with weight ahead of fitness has added to the health risks associated with yo-yo dieting.

He said: “We’d like people to know that fat can be fit, and that fit, healthy bodies come in all shapes and sizes.

“In a weight-obsessed culture, it might be challenging for programmes that are not focused on weight loss to gain traction.”

Here, three women tell ALISON MALONEY why they believe you can be overweight but in shape.

CHANTAL O’BRIEN, 46, works in a children’s home in Preston.

She says: "I’m over 16st at 5ft 2in, so I’m classed as morbidly obese. But I’m fitter than most of my thinner friends. 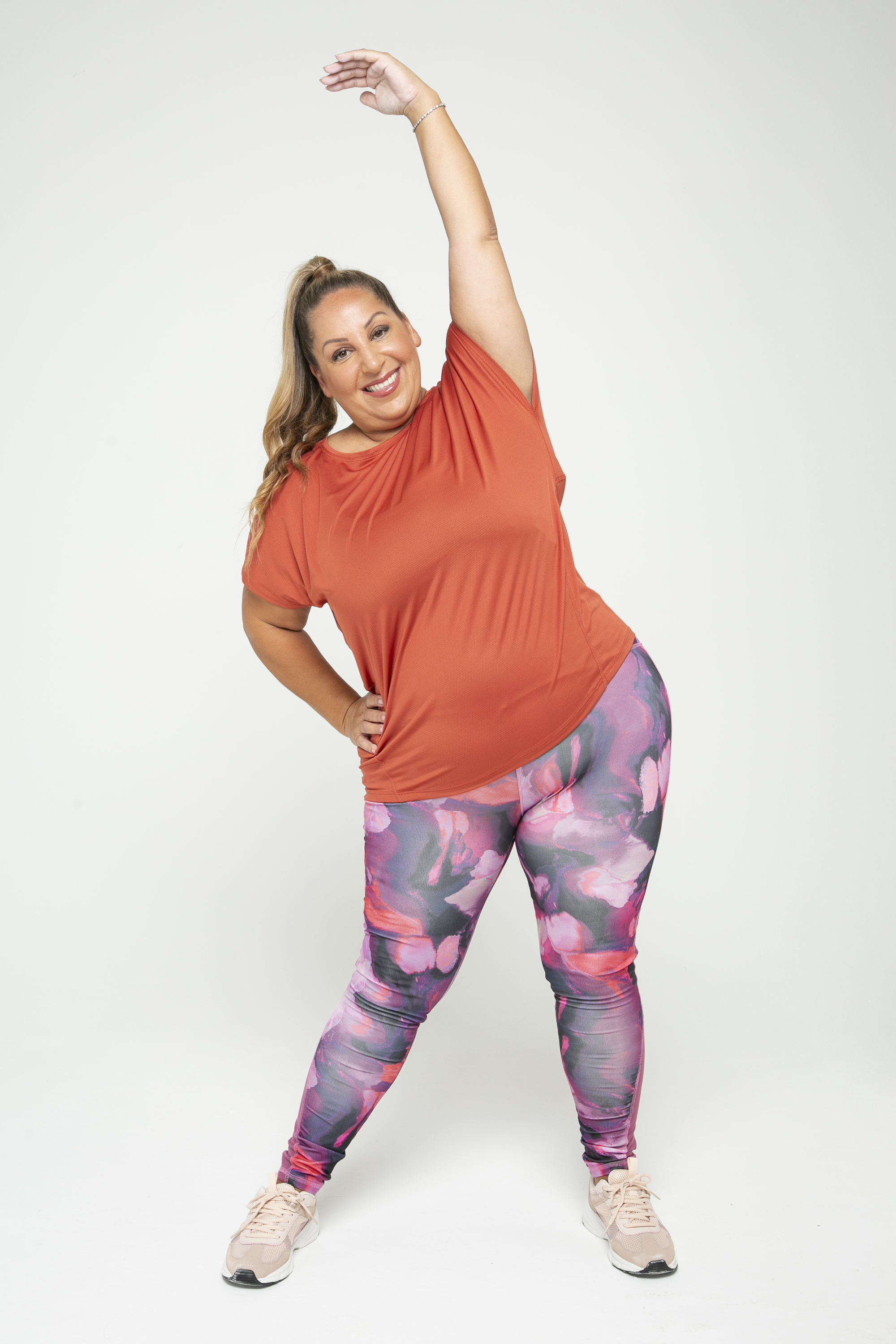 "I live near the Three Peaks in Yorkshire and earlier this year I took up mountain climbing. So I will go on a two or three-hour uphill hike twice a week.

"In between climbing I also go to the gym twice a week, so I would say I’m pretty fit.

"I started putting on weight when I had my daughter, who is now almost 18. But even then I was a size 14, compared to the size 18 I am now. Because I’m so small, every pound I put on shows.

"So people look at me and assume I’m unfit. When I climbed Scafell in June, lots of people on the climbing forum I use posted: “We saw you going up, well done.

"But they weren’t saying it to my sister, who’s thinner – so it felt quite patronising, like they were surprised I’d done it. Even when I go to the gym, people look surprised when I start running on the treadmill.

"They look at me and expect me to do a little walk. They assume bigger people sit on the sofa eating crisps all day and that they don’t do anything. But I’ve got thin friends who couldn’t do what I do.

"Just because they’re thin on the outside doesn’t mean they’re fit on the inside.

"Doctors are always telling me to go on a diet but I don’t eat badly at all. I have a balanced diet, with lots of fruit and vegetables.

"I have joined Slimming World a million times and lasted, at most, three weeks.

"I’ve never stuck to a diet.

"Climbing mountains is the only thing I’ve stuck to because I love it.

"When I put my height and weight into the NHS app, it goes off the scale. I’m nowhere near what’s termed normal weight.

"But being classed as morbidly obese doesn’t worry me because I am fit.

"Apart from getting Covid last year, I’ve never been ill or had an operation, and my blood pressure levels are perfect. After having Covid, I had a thorough health check and they tested me for everything. It was all perfectly normal.

"I’ve had weight problems for more than half my life but it hasn’t affected my health at all and I’m fitter than  most people my age.

She says: "As a child I did athletics and gymnastics. I was slim but at 14 or so girls started talking about diets and waistlines, drinking low-calorie drinks. 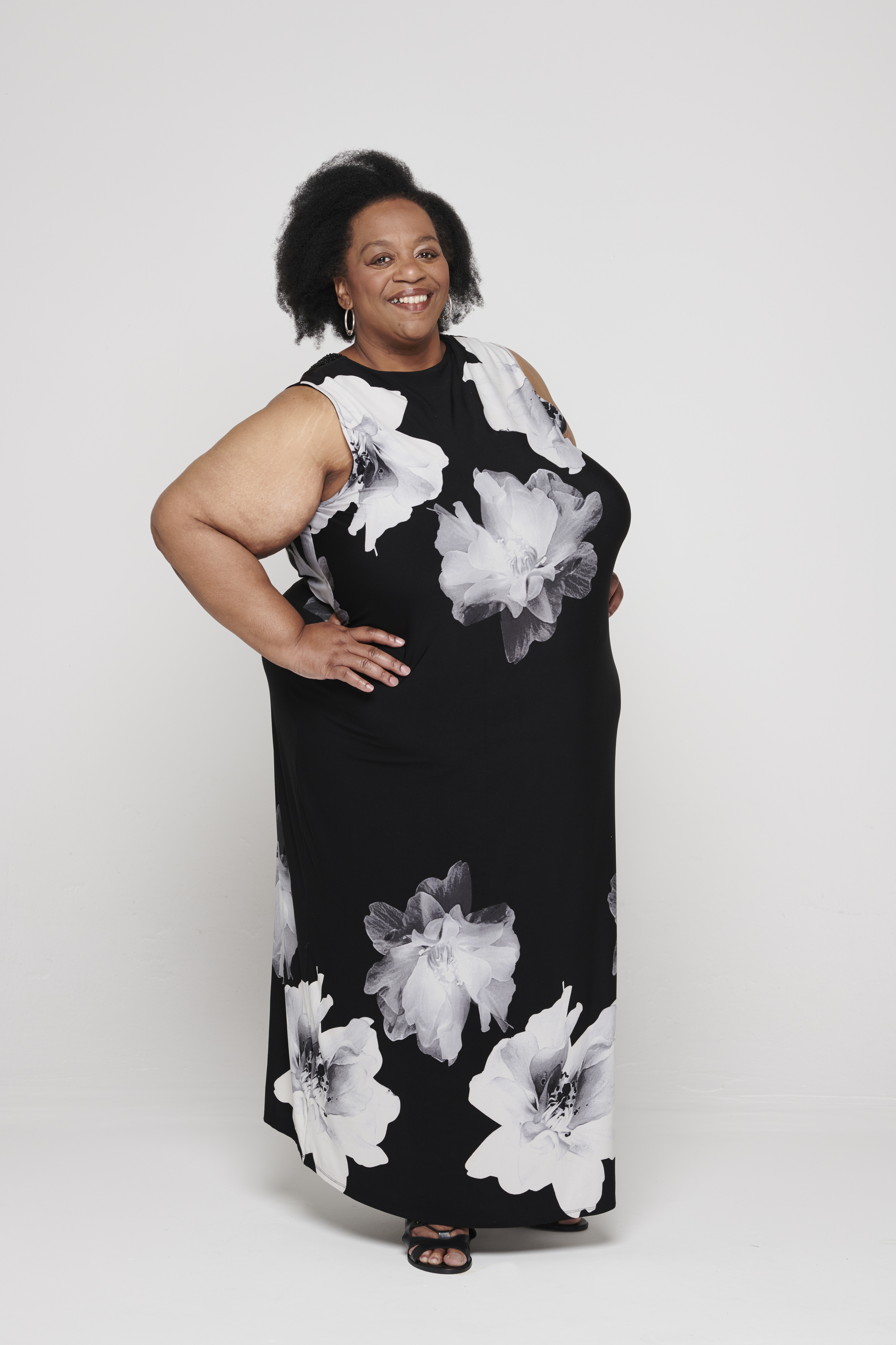 "When I got pregnant with my son, now 33, I put on a lot of weight. I was always on a diet, which messes up your hormones.

"More than 20 years ago I trained as a 'exercising to music' instructor and started Full Figured Fitness. I was quite big and wanted to help larger clients get fit.

"I saw a gap in the market. I felt targeted at fitness classes because of my weight. I’d be told: 'You might not be able to do this.' Or they’d say: 'Come on, you can do it.'

"Assumptions were made because I was fat. Gyms can be uncomfortable places.

"Once, I was really tired and doing a mix of walking and running on the treadmill. A personal trainer stood in front of me doing a slow-motion Six Million Dollar Man run as a joke. Or I’d get high-fived for touching equipment, as if it needed celebrating. 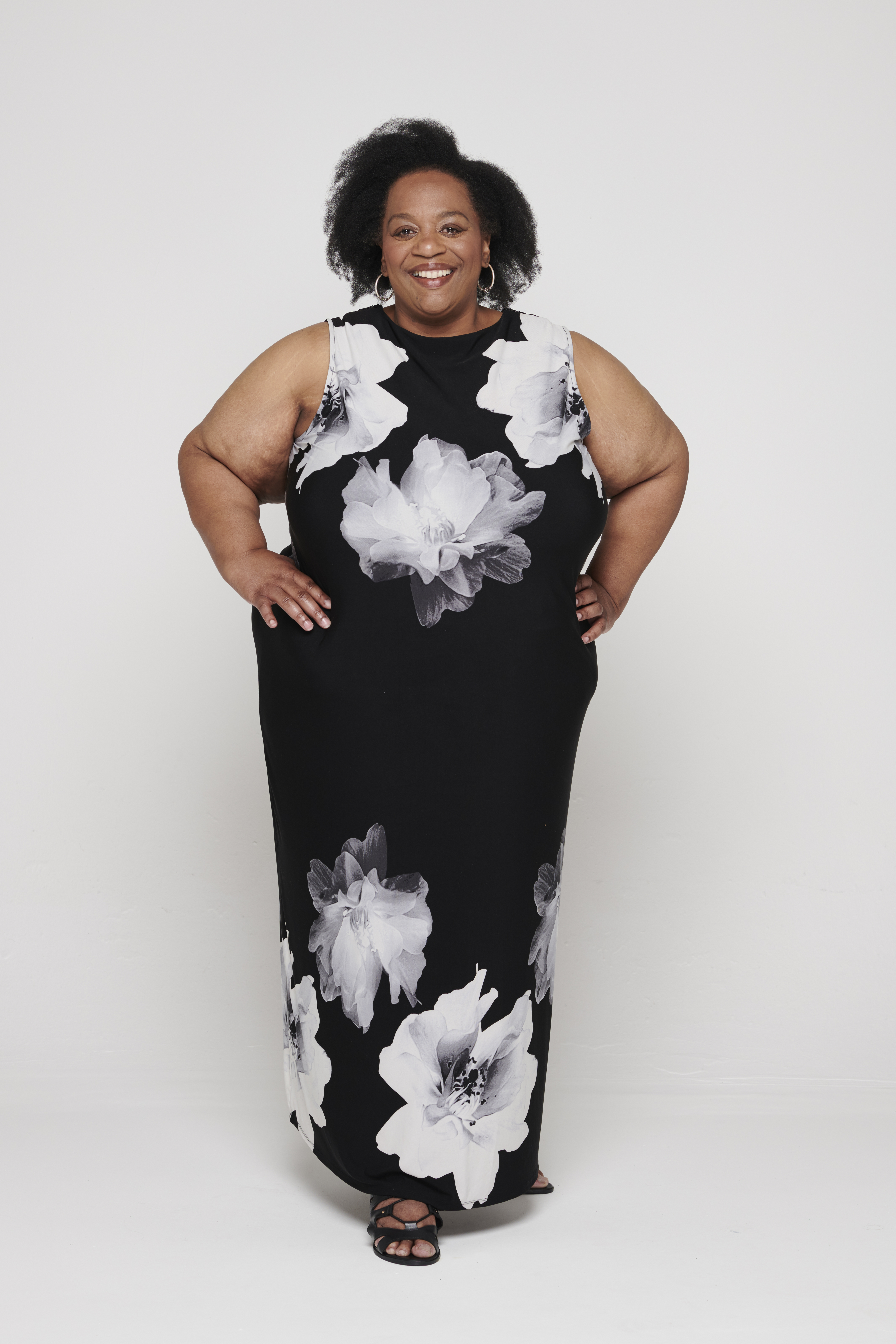 "Gym posters always show slim, muscular, white women. I was never going to be that. Equipment is not designed for bigger people. We’re made to feel ashamed. One client had a drink thrown at him from a car when he was running.

"That’s not because they don’t run. They just don’t want to do it 7
in public.

‘I work out, swim and run weekly 5k but doc always says I should lose weight, do more’

SOPHIE EDWARDS, 27, is an influencer and food stylist from Crawley, West Sussex.

She says: "I did loads of exercise as a kid and danced until I was 17. But that brought up body confidence issues and I ended up with an eating disorder. 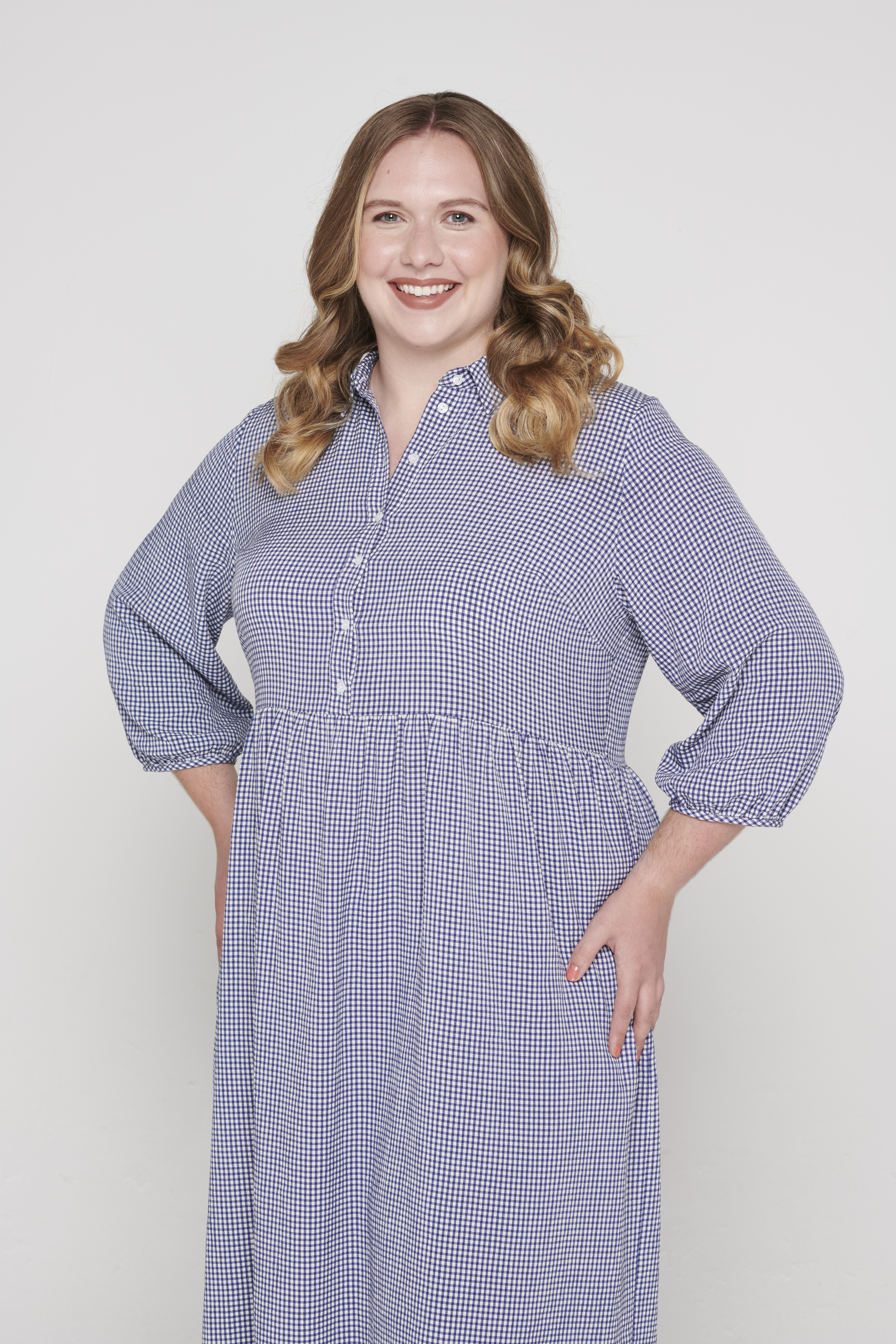 "It wasn’t until I was made redundant in 2019 and started running that I got back into exercise. It helped my mental health.

"I use a fitness app at home three times a week – HIIT sessions, yoga and strength training – swim at least once a week and run 5k once or twice a week.

"People look at me, a size-16 to 18 woman, and don’t believe I could run a 5k tomorrow. Society associates weight with being unfit. But I’m much fitter now than when I was poorly and living on a huge calorie deficit trying to be thin.

"I eat a healthy, balanced diet while a lot of my thinner friends don’t look after themselves as much. Yet at the doctor’s I’m told: 'Lose weight, do more.'

"I tell them what I do and point out my size is not because I’m unfit – it’s in my genes. I have polycystic ovary syndrome, which messes with your hormones and makes weight loss hard. 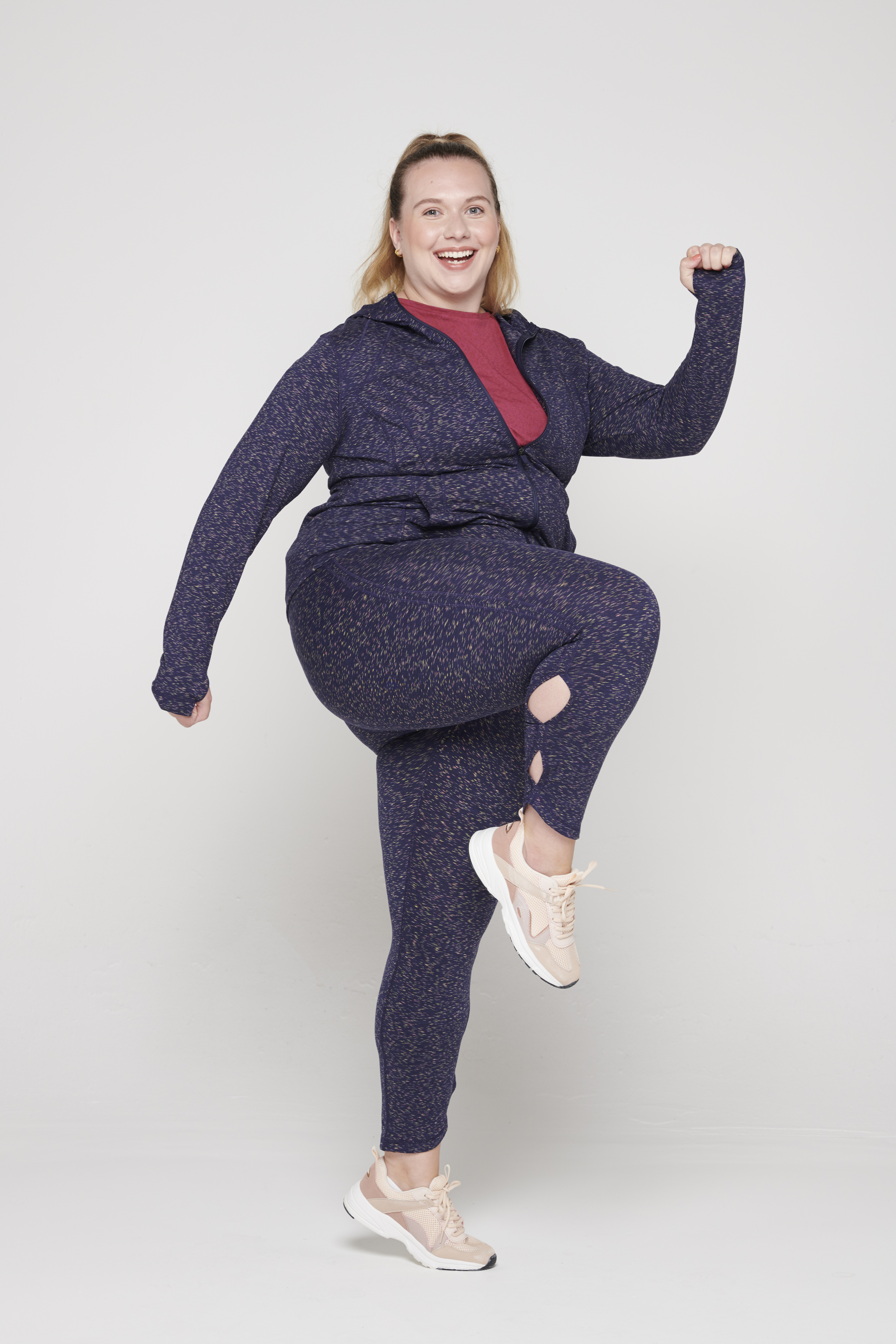 "I realised there weren’t many people that looked like me on Instagram. I started posting about exercise, mental health and body positivity and it took off.

"People need to stop putting others into boxes and learn not to judge a
book by its cover.

Weight is a factor

THERE’S now plenty of evidence to support the idea that it’s possible to be both fat and fit.

When assessing someone’s health, it’s important to look not just at the scales but at the whole person – their strength, exercise levels and so on.

But don’t be fooled into thinking that weight no longer matters.

Being overweight or, worse, obese, still isn’t good for health. It raises the risk of high blood pressure, heart disease, diabetes, stroke, back and joint trouble, sleep apnoea and even several common cancers. So if you can shed excess weight, you are likely to be better off for it.

What the science does say is that weight loss on its own isn’t a be-all and end-all. If you want to become healthier, it’s also very important to become more active physically.

If you’ve never exercised much before, have a word first with your GP or practice nurse.