Now lives: in a three-bedroom house in East London that she shares with several roommates.

Claim to fame: Ms. Buckley is making waves with her flame-red hair and powerful voice. She portrayed Marya Bolkonskaya in the 2016 BBC adaptation of “War and Peace” and stars in the HBO mini-series “Chernobyl.” “When you have a passion and you believe there is something you need to do with your life, it can be quite vulnerable and beautiful,” she said.

Big break: Ms. Buckley inherited her freewheeling spirit from her parents. Her mother was her vocal coach, and her father was a poet. “I was raised in a household where forms of expression were respected and encouraged,” she said.

After taking classes at the Royal Irish Academy of Music, she traveled to London in 2008 to audition for a drama school and was rejected. The next day, she “somehow found myself in a queue to try out for Andrew Lloyd Webber,” she said, and ended up on “I’d Do Anything,” a BBC show in which unknown actors competed for roles in a West End revival of “Oliver!” (Mr. Webber was a host.) Ms. Buckley made it to the final rounds and finished second. 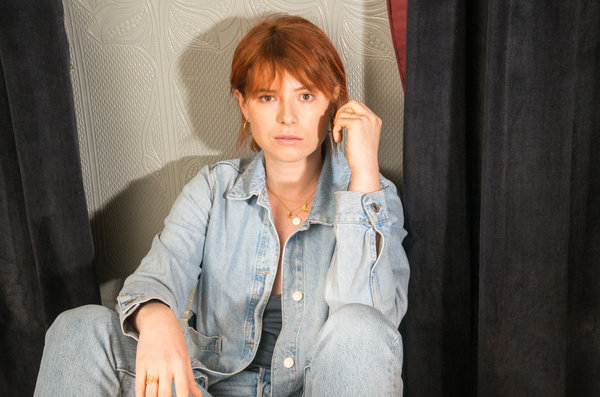 Latest project: Ms. Buckley stars in “Wild Rose,” a “Star Is Born”-esque tale of a downtrodden woman from Glasgow seeking to become a Nashville superstar. Her performance has earned high praise from Variety and others. “I had no real connection to country before filming,” she said. Now “Emmylou Harris and Bonnie Raitt are the only things on my Spotify.”

Next thing: She just finished filming “I’m Thinking of Ending Things,” a film adaptation of the 2016 suspense novel of the same name by Iain Reid.

“I am probably at my worst when I have to take photographs of myself, and I am probably at my best when I can be with a group of people making music and singing songs,” she said. “Getting the music to the people after we finished filming and having that personable intimacy was really important to me.”