The ‘DWTS’ costume, hair and makeup department went all out to dress the stars up for Icons Night on Nov. 9 — and Johnny Weir definitely won the night with his Amy Winehouse look!

Johnny Weir got to channel his icon, Amy Winehouse, during the Nov. 9 episode of Dancing With The Stars. He perfectly replicated Amy’s iconic hairstyle with an epic wig, as he and his partner, Britt Stewart, danced to the legendary singer’s hit, “Valerie.” Johnny performed an incredible Quickstep dance, which earned him a perfect 30 score from the judges. 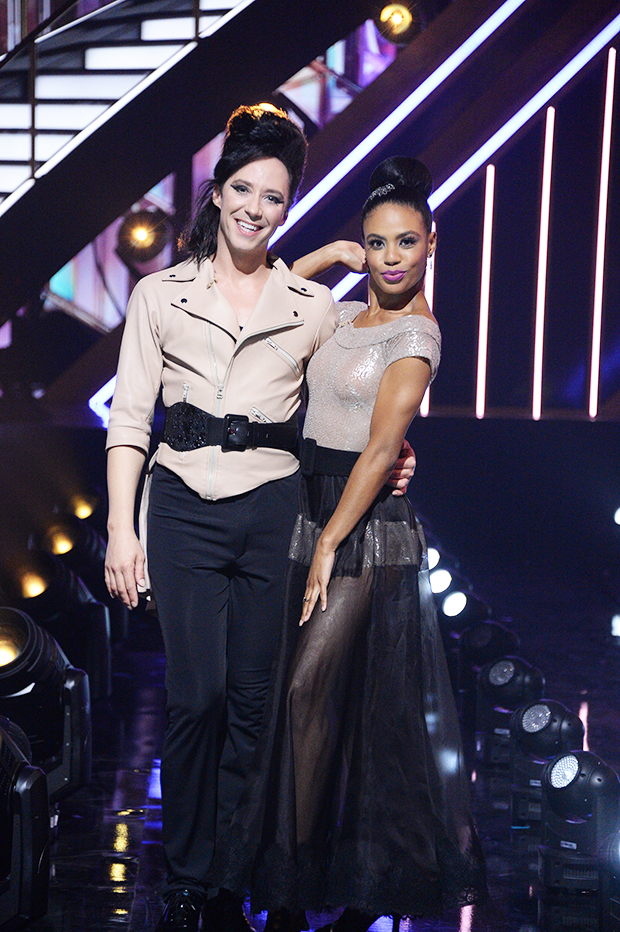 Despite his impressive scores, though, Johnny still landed in the bottom two along with AJ McLean and his partner Cheryl Burke. At that point, it was up to the judges to save one of the contestants. Bruno Tonioli chose Johnny, but Derek Hough went with AJ, which left Carrie Ann Inaba as the deciding vote. She ultimately went with Johnny, which means that he’s heading to next week’s semi-finals.

Johnny and Britt will be competing against Justina Machado/Sasha Farber, Kaitlyn Bristowe/Artem Chigvintsev, Skai Jackson/Alan Bersten, Nev Schulman/Jenna Johnson and Nelly/Daniella Karagach. This is Britt’s first season as a pro dancer on the show, and she and Johnny have had some ups and downs. During week five, they scored a 29 for their contemporary dance, only to fall back down and earn a 22 the following week. 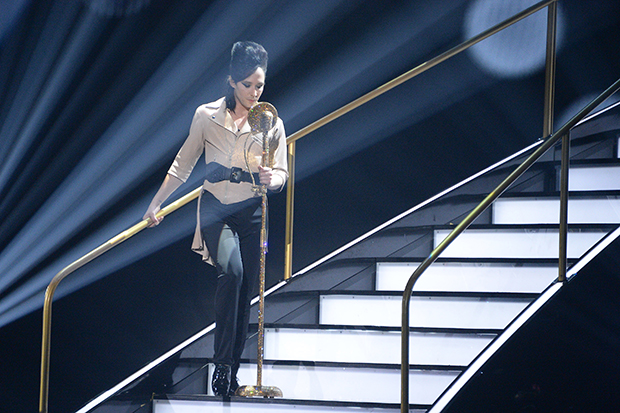 That lower score left them in the bottom two against Vernon Davis and Peta Murgatroyd during week six, but the judges once again opted to keep Johnny in the competition. Unfortunately, though, the judges’ scores are only half of the contestants’ totals, and even at the top of the leaderboard, he was still in the bottom two this week. Johnny’s fans will have to show up big with their votes if they want to keep him dancing as the show continues!

During the Nov. 9 episode, Kaitlyn and Artem also received a perfect score for their dance. Skai/Alan and Nev/Jenna earned 27s, while Justina/Sasha and Nelly/Daniella got 24s. Dancing With the Stars continues with another two hour episode on Nov. 16 at 8:00 p.m. on ABC!