Kate Middleton wore a brand new hat, along with her fashion-forward ensemble. The Duchess of Cambridge wore the Roksanda Denton Coat, costing £2,600.

Her boots were the dark brown Zipkin style boots by Stuart Weitzman, which cost in the region of £530.

However, it’s Kate’s hat that is perhaps the most interesting part of the ensemble, because another member of the Royal Family also owns one. 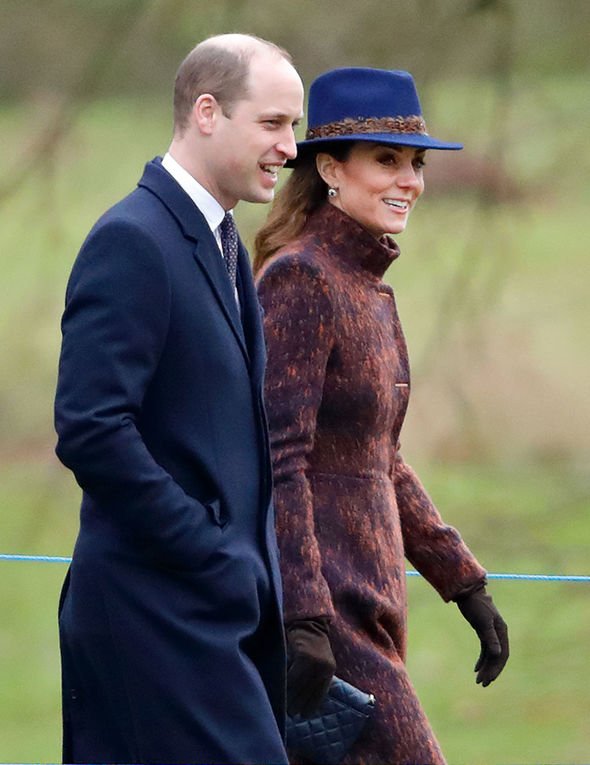 Kate’s version of the hat is a cobalt blue and has a pheasant feather trim.

Sophie Countess of Wessex, who is said to be the Queen’s favourite daughter-in-law, also owns a Hicks and Brown hat in an almost identical design.

However, Sophie’s is in a beige hue.

This is not the first time the two royal women have worn the same clothes.

It was recently revealed that Kate Middleton’s jewellery at a recent diplomatic event has been worn before, by Sophie.

Kate Middleton caused a stir when she wore a mystery set of jewellery to a diplomatic reception at Buckingham Palace in mid-December.

The huge sparkling diamond pieces were soon revealed to be from the Diamond Chandelier Drop Demi-Parure.

Sophie wore the gems first though, in June 2019.

Kate is considered to be a major style icon for many.

Her look has been studied and copied, with many following her every style move.

But a wardrobe like Kate’s is difficult to maintain and very expensive to buy.

How much does Kate Middleton’s wardrobe cost, and is it more than Meghan Markle’s?

The Duchess of Sussex spent roughly £5,666 a month on her wardrobe this year, according to reports.

Meghan gave birth to her son, Archie Harrison Mountbatten-Windsor, seven months, in May and it was revealed she spent a jaw-dropping £90,000 on clothes during her pregnancy.

How did Kate Middleton become a royal?

Kate Middleton, or Catherine, Duchess of Cambridge, was born on 9 January 1982 at the Royal Berkshire Hospital, Reading, England.

She was born to Michael and Carole Middleton, a former flight dispatcher and air hostess. The couple founded a party supplies company, Party Pieces, in 1987 – now estimated to be worth £30 million.

Kate has a younger sister Pippa Matthews, 34, and a younger brother James Middleton, 31.

Kate and her family moved to Amman, Jordan, in 1984, where the future Duchess was educated at an English-speaking nursery school.

After moving back to Berkshire the family sent Kate to private school, St Andrews School. She went on to briefly study at Downe House before moving onto Marlborough College where she boarded.

For university the young Kate attended the University of St Andrews in Fife, Scotland. Here she was awarded an undergraduate MA (2:1 Hons) in history of art.

Kate met Prince William when they were both studying at St Andrews, and both living in St Salvator’s Hall. Famously, William reportedly took a fancy to Kate after she wore a see-through dress during a fashion show.

In 2003 the couple began dating and lived together during their second year of university.

The couple split in April 2007, however, in October they were back together.

Prince William proposed to Kate Middleton with his late mother Princess Diana’s engagement ring in October 2010. The couple were holidaying in Kenya at the time.

On 29 April 2011 they married at Westminster Abbey with a whopping 26 million watching the event live.

Kate wore an Alexander McQueen dress worth a reported £250,000 on the big day.