As the creator of her own cosmetics company, KKW Beauty, it’s no surprise that Kim’s rarely seen without her own makeup on. But the star showed off her natural beauty when she was spotted going completely barefaced while out to dinner with husband Kanye in Santa Monica.

The Kylie Cosmetics mogul wished her fans a “happy hump day” as she snapped a pretty makeup-free selfie.

Kylie snapped a selfie shortly after waking up, showing off her skin’s radiant glow. “Morning,” the star wrote to her fans.

Shortly after her older sister showed off her freckles, Kylie did the same in this stunning sunkissed shot. “Skin,” she simply captioned the photo.

The supermodel skipped the foundation and gave fans a rare glimpse at her freckled face on her Instagram stories.

Kim took a less-is-more approach to beauty during Paris Fashion Week in fall 2016, even wearing practically no makeup at all front row at the Balenciaga show.

The eldest Kardashian sister kicked back in her leopard print bikini without worrying about putting any makeup on her face.

Kim’s been candid with her fans about struggling with psoriasis and revealed what the flare ups look like on her face before she gets glammed.

Kourtney cozied up in a plush robe with 6-year-old daughter Penelope by her side as she gave her skin a breather on Oscar Sunday (before getting dolled up later that night for afterparties with her sisters!).

Even though Kylie’s the mastermind behind a billion dollar cosmetics business, she still loves to embrace her makeup-free skin.

With no mascara, no foundation and no concealer on, Kim gave fans a close-up glimpse of her “psoriasis face.”

Kendall’s opened up about her longtime battle with acne, but the supemodel enentually built up the confidence to shoot without any makeup. “zero makeup,” she wrote on her Instagram Story as she shared a behind-the-scenes photo from set.

The new mom spends most of her snuggle sessions with 1-year-old daughter Stormi sans makeup.

When Kourtney isn’t working, she loves cuddling in bed with her kids, watching movies and giving her skin a breather from cosmetics.

Kylie flaunted beautiful barefaced skin (and freckles!) as she snapped an adorable selfie with Stormi sitting in her lap. 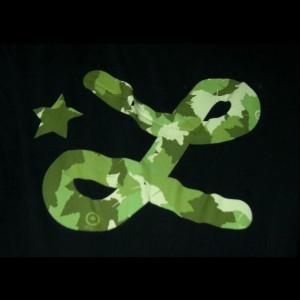