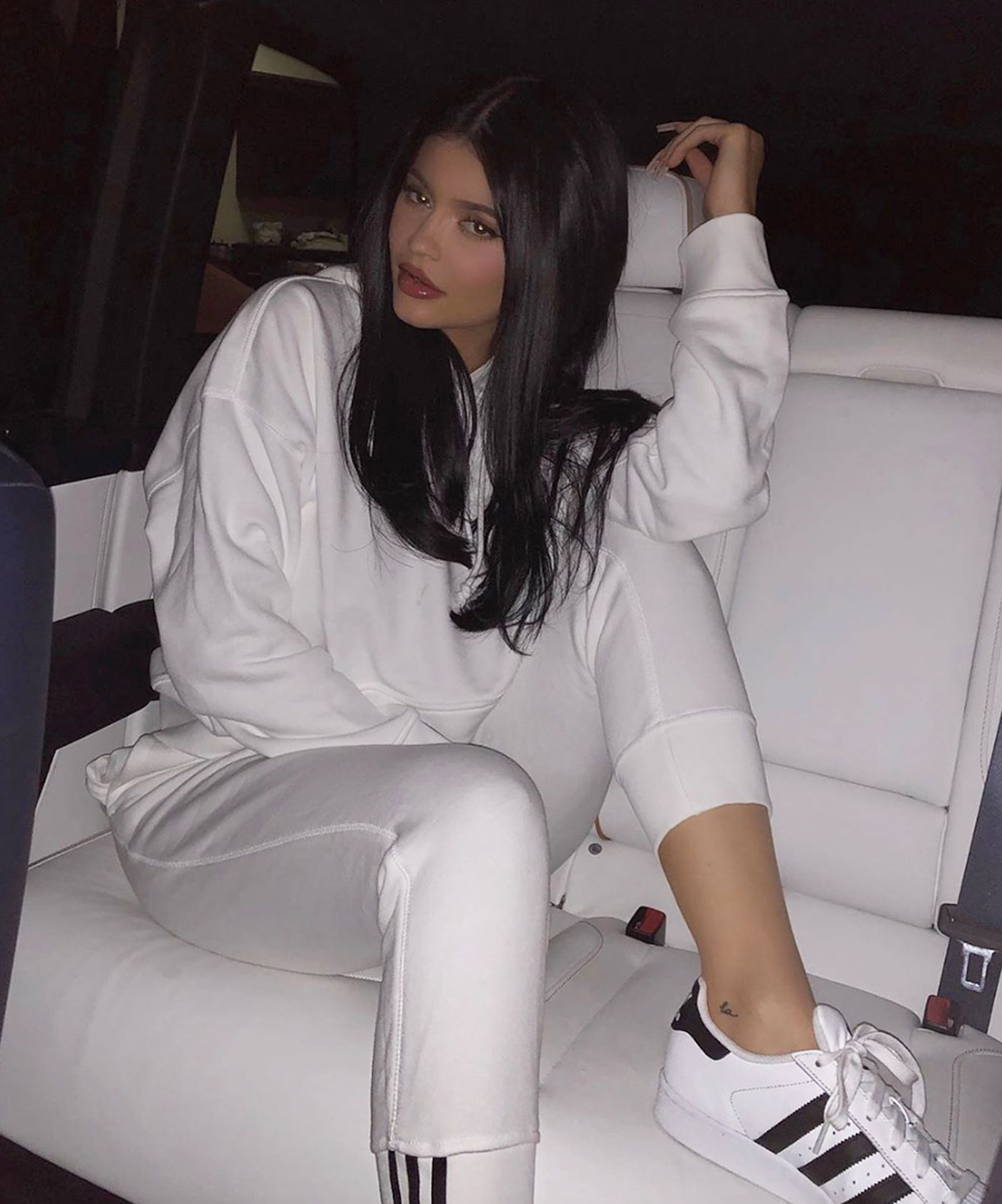 Kylie Jenner has no time for drama! The Kylie Skin founder is not only in the process of restocking all of her sold-out (and top-rated) skin care sets, but she’s also serving up some sexy post-breakup fashion — oh, and shutting down rumors that she’s dating her ex-boyfriend, Tyga.

The social media superstar was spotted at a hotel Tyga was recording at on Tuesday, October 1, which sent her followers into speculation that she met up with the rapper following her split from Travis Scott. In response to the drama, the beauty guru denied any romantic interaction with her Tyga via social media. She took to Twitter on Thursday, October 3, to say, “The Internet makes everything 100 times more dramatic than what it really is. There was no “2 a.m. date with Tyga. You see me drop two of my friends off at a studio that he happened to be at.”

And to further drive home her point, the reality star took to the ‘gram to post a photo of her in an all-white Adidas sweatsuit, paired with the brand’s iconic sneakers. She captioned the sultry pic, “All adidas,” but we couldn’t help but notice that the star appears to be showing off her little ankle tattoo, which says “la” in lowercase script. Sure, the post seems to be made in partnership with Adidas, with the hashtags like #adidasRYV #adidasAmbassador and #createdwithadidas to prove it. But the pics still very prominently display the ink. A message to the world that she’s over Tyga? Whether subliminal or intentional, we’re getting her loud and clear.

For some background, Kylie’s “LA” tattoo used to be a cursive, lowercase “T” for — you guessed it! — Tyga. When the couple broke up in 2017, the KKW Beauty founder miraculously replaced her former beau’s first initial with “la.”

Us Weekly confirmed that Kylie and Travis Scott called it quits on Tuesday, October 1. Nevertheless, sources have reported that the two plan to share custody of their daughter and generally, things are A-OK. She also Tweeted, “Travis and I are on great terms and our main focus right now is Stormi! Our friendship and daughter is priority.”

Kylie fans stood by her in the Instagram comments section of that tattoo post, sharing positive sentiments like “Shining after separation,” and “Who needs a man 😌😍😍.” Another ‘grammer called out exactly what’s going on in the photo, writing, “She’s showing the ‘LA’ tattoo that used to say ‘T’. It’s the little things. I hope she finds happiness.”