SHOWING a camera crew round her huge, but strikingly bare, home in The Gambia, Michelle smiles blissfully beside her younger husband.

The 58-year-old is just one year into her marriage to local handyman Ebou, 46, who she met on a previous holiday to the West African country. 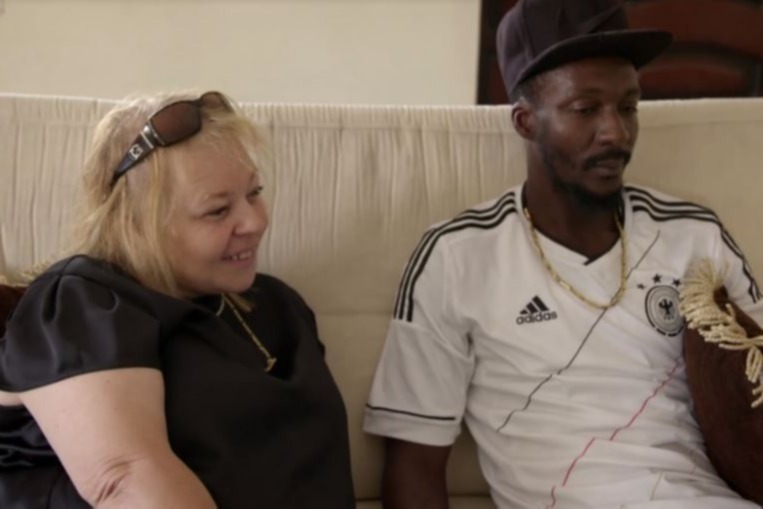 She's one of many European women who have flown across the world to meet younger local men, in the hopes of either enjoying holiday romances or, as is her case, longer marriages.

The shocking situation is laid bare in new Channel 4 documentary Sex On The Beach, as journalist Seyi Rhodes meets the women claiming to be happier than ever with men who, in some cases, they've spent a matter of weeks or even days with.

Stepping off the plane on his visit there, a shocked Seyi watches on as countless passengers are greeted by younger men. He says: "Every single one of the [single] women I spotted has been picked up by a young, attractive Gambian man."

While more and more gobsmacking stories of older 'grannies' being scammed out of their life savings by Gambian men have made the news in recent years, these women insist their relationships are the real deal. 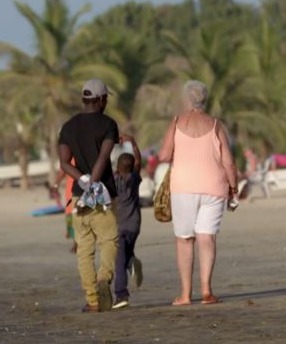 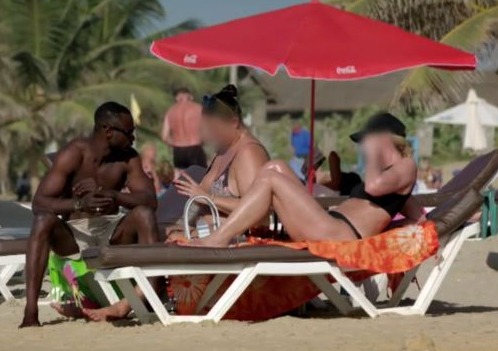 Essex woman Michelle has been visiting The Gambia on holiday for the last few years with her friend P.

She met Ebou two years ago on one of her trips and they married shortly after, without any of her family there. 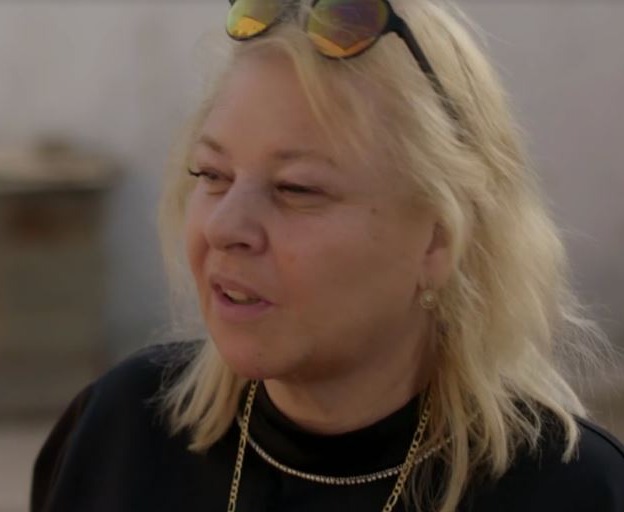 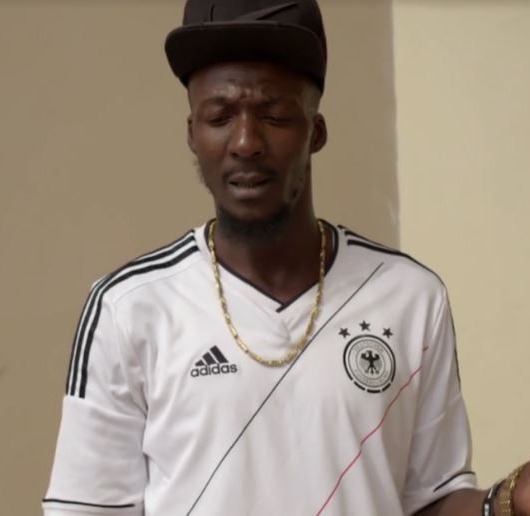 “It was a really traditional ceremony. All his family and his people from work came. We just thought that getting married would secure our relationship," she says on camera.

They have since moved into a huge house together, which Ebou told her he'd spent years building and working on before they met.

However, when visiting the huge home, Seyi immediately becomes suspicious and asks how he's afforded such a massive building.

"I’m an engineer. I work as a plumber at the president’s office," Ebou explains – as Michelle insists she hasn't paid her husband any money. Overall, he's spent around £80,000 doing the place up. 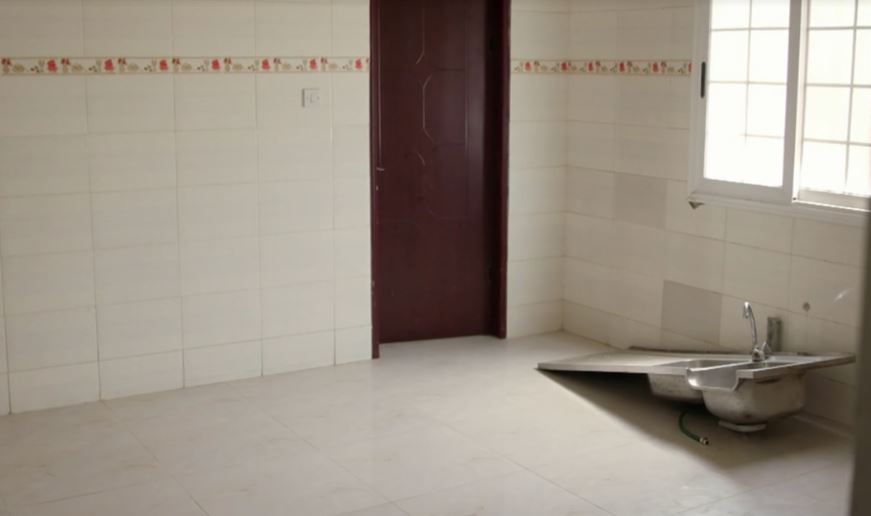 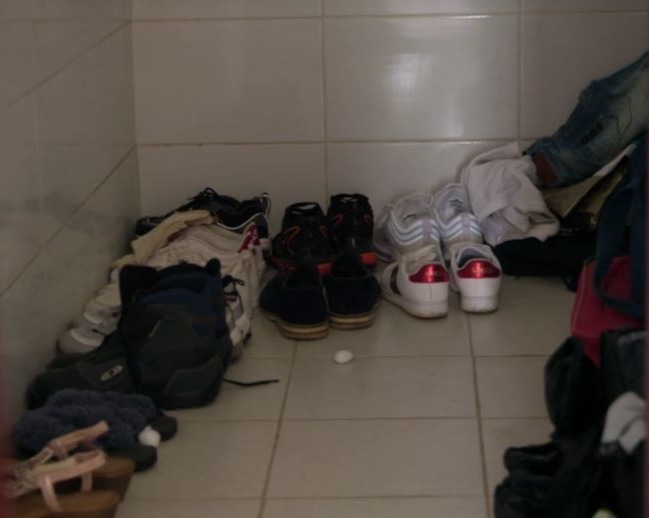 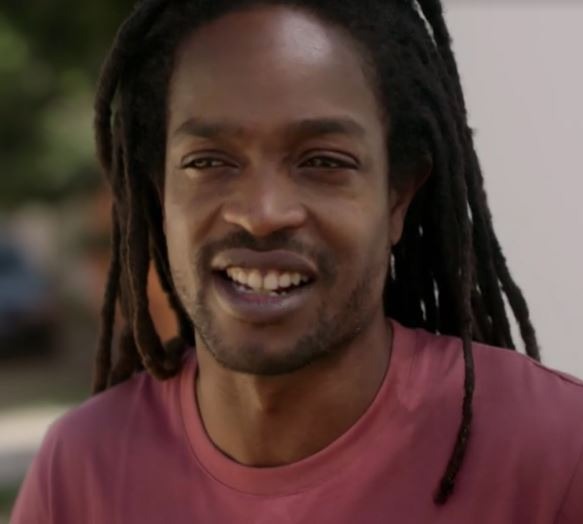 Seyi's suspicions are raised even further when his driver shows him a rental sign outside, appearing to signal Ebou was either secretly renting it out, or had rented it himself for Michelle's latest visit.

However, when he tells Michelle of his findings, she insists she's seen the sign herself and it had simply been left there from years before. 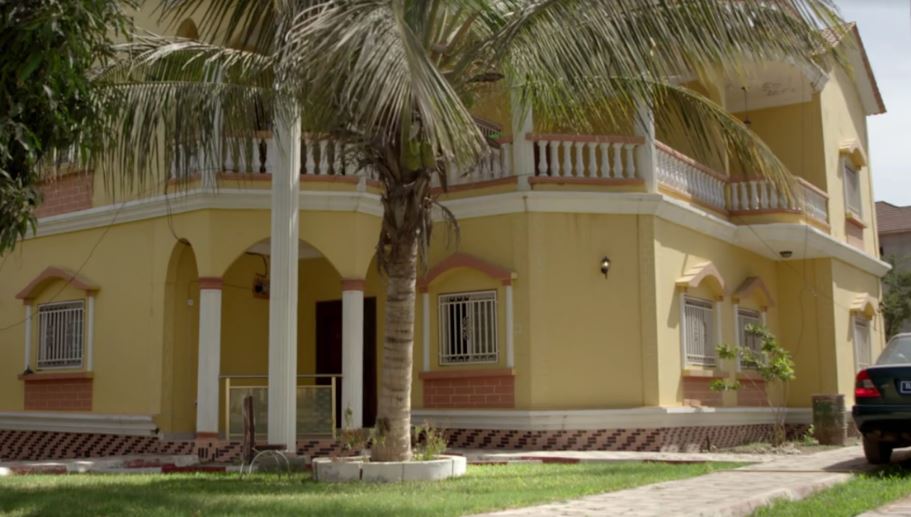 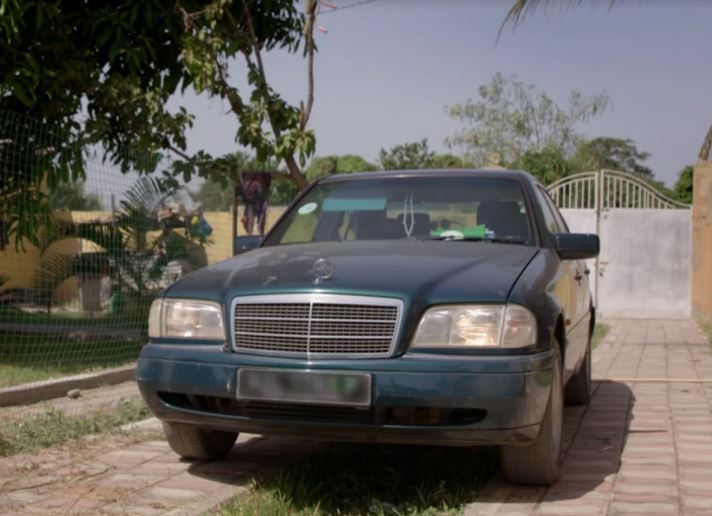 According to Daily Star, Michelle has since defended their relationship, saying: “I blame the women because if you meet a guy who lives on the beach, who’s got nothing, he’s got no home, he lives in a tin shack or whatever, and then you’re sending him £1,000 here and there, you’ve got to be stupid.

“They say they get duped by the sex. If you want to have sex, you can be with a prostitute and pay for it.”

'Being here, it refreshes you. It makes you feel alive'

Michelle's 60-year-old friend, known as P, says she has previously visited The Gambia four times in one year.

It initially began as a bit of fun – with P saying she's enjoyed a series of one night stands there. 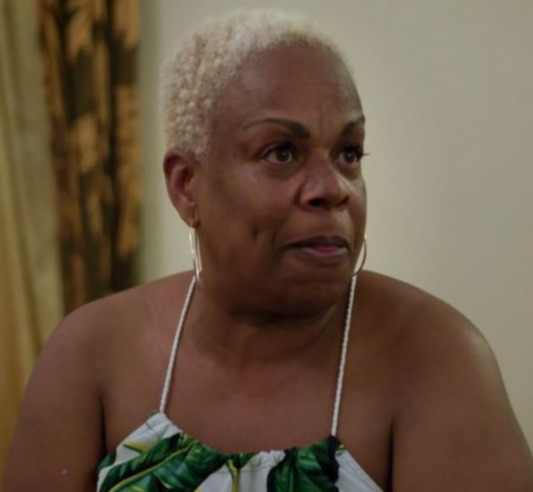 “I don’t feel morally nothing… I do what I want with my noo-noo!" she says.

“I’ve done it many times honey, gone and had fun, had a bingey drink, have a little one night stand, bye later, get your socks and everything and go, bye.”

I don’t feel morally nothing… I do what I want with my noo-noo!

However, when Seyi meets her in The Gambia a short time later, she says she's fallen head over heels for a 49-year-old local man, known as 'Bob The Builder'.

They met in a local bar, before spending New Year's Eve together, and she openly describes their two days of passion. 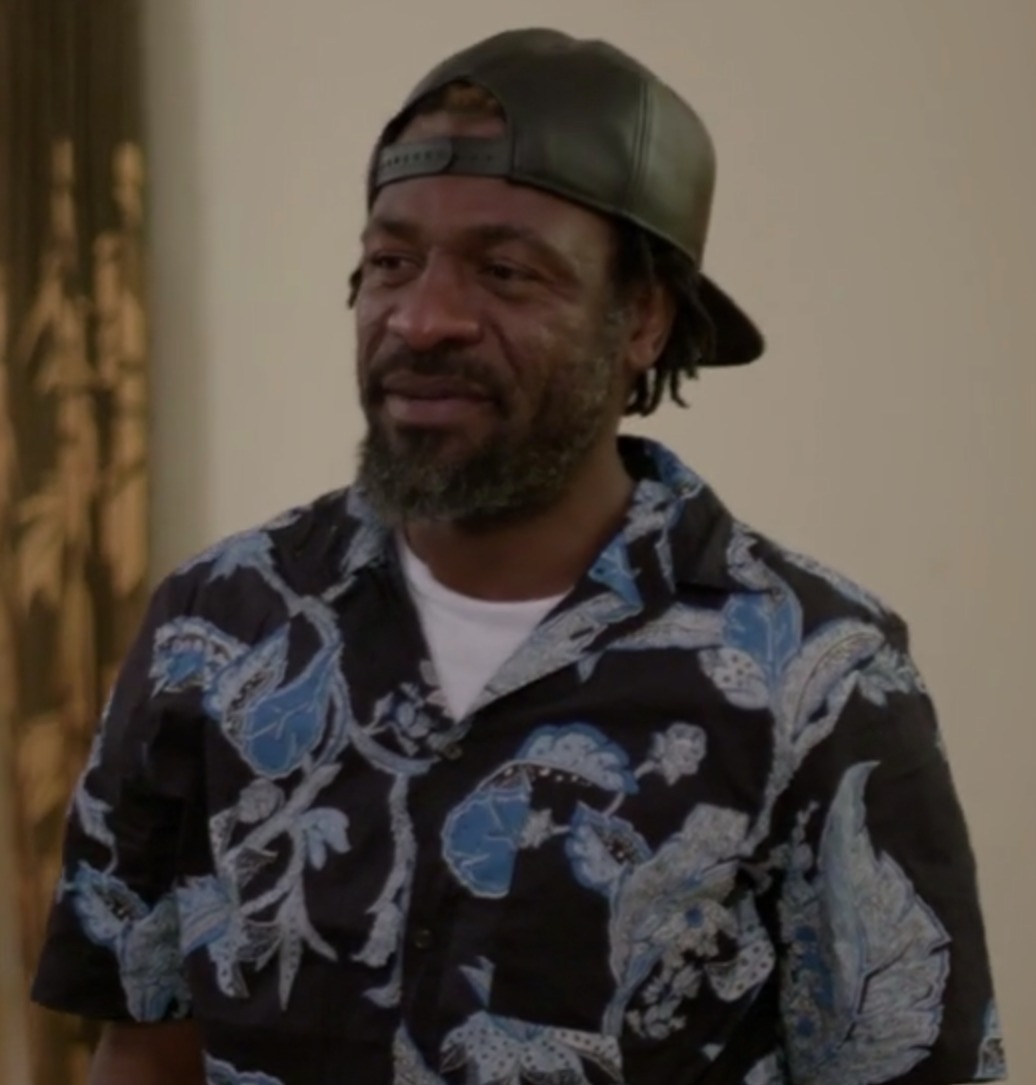 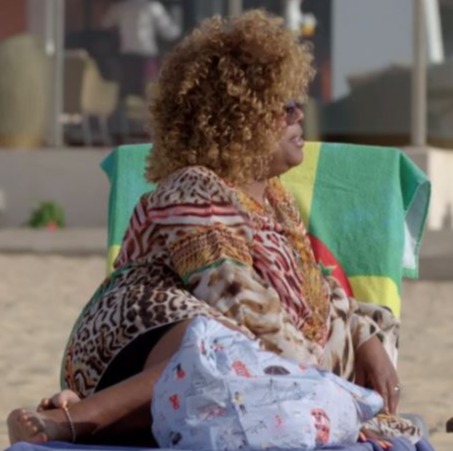 “My New Year’s Eve was a bang! His name is Bob The Builder, we had a lovely two days," she says. “One needs a soak. One needed to sterilise oneself… soak the wounds.”

However, P says she's completely in control and told Bob from day one that he wouldn't be getting a penny from her. While she insists she understands that many of the men there are scamming women out of their money – she believes Bob is different. 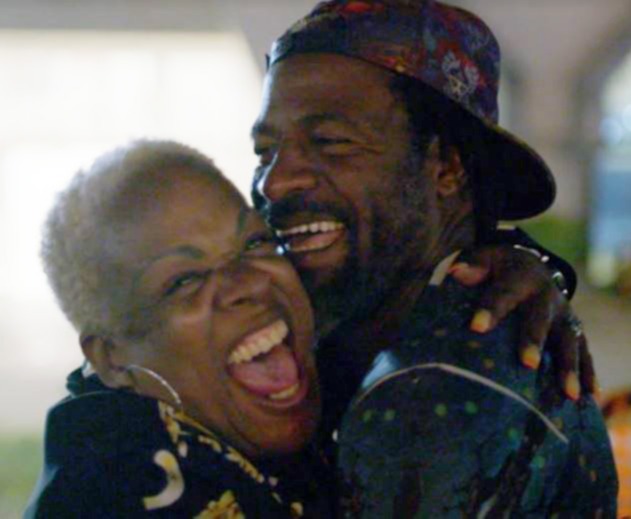 “Being here, it refreshes you. It makes you feel alive," she says of The Gambia. "If you have someone beside you, no matter how old you get, you share that always.”

Breaking down in tears, she says she feels young again and doesn't even suffer with the aches and pains she has while in the UK.

Credits at the end of the show reveal P has gone on to return to The Gambia and has got engaged to Bob.

'I want her to die in my arms'

He initially believed his fiancee was 85 years old – just two years younger than his own mother – but later finds out she's actually 68. 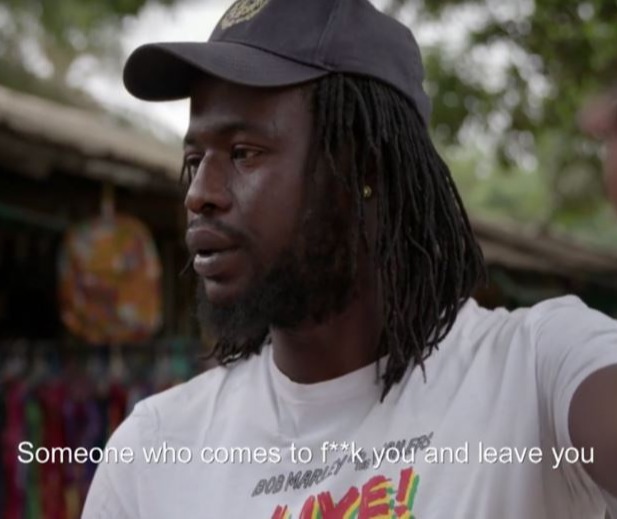 Alka insists their love is real, after watching many other European "holidaymakers" flying over for sex.

When Seyi questions if he's truly attracted to his partner – who at this point is back in her home country – he insists they have a healthy sex life and adds: "I do everything with her… Nice to be nice.”

Alka says he's never asked a woman for money, but openly admits many of them just freely "give it". In Francoise's case, he says she's already transferred him "sixty thousand Euros [£54K]". 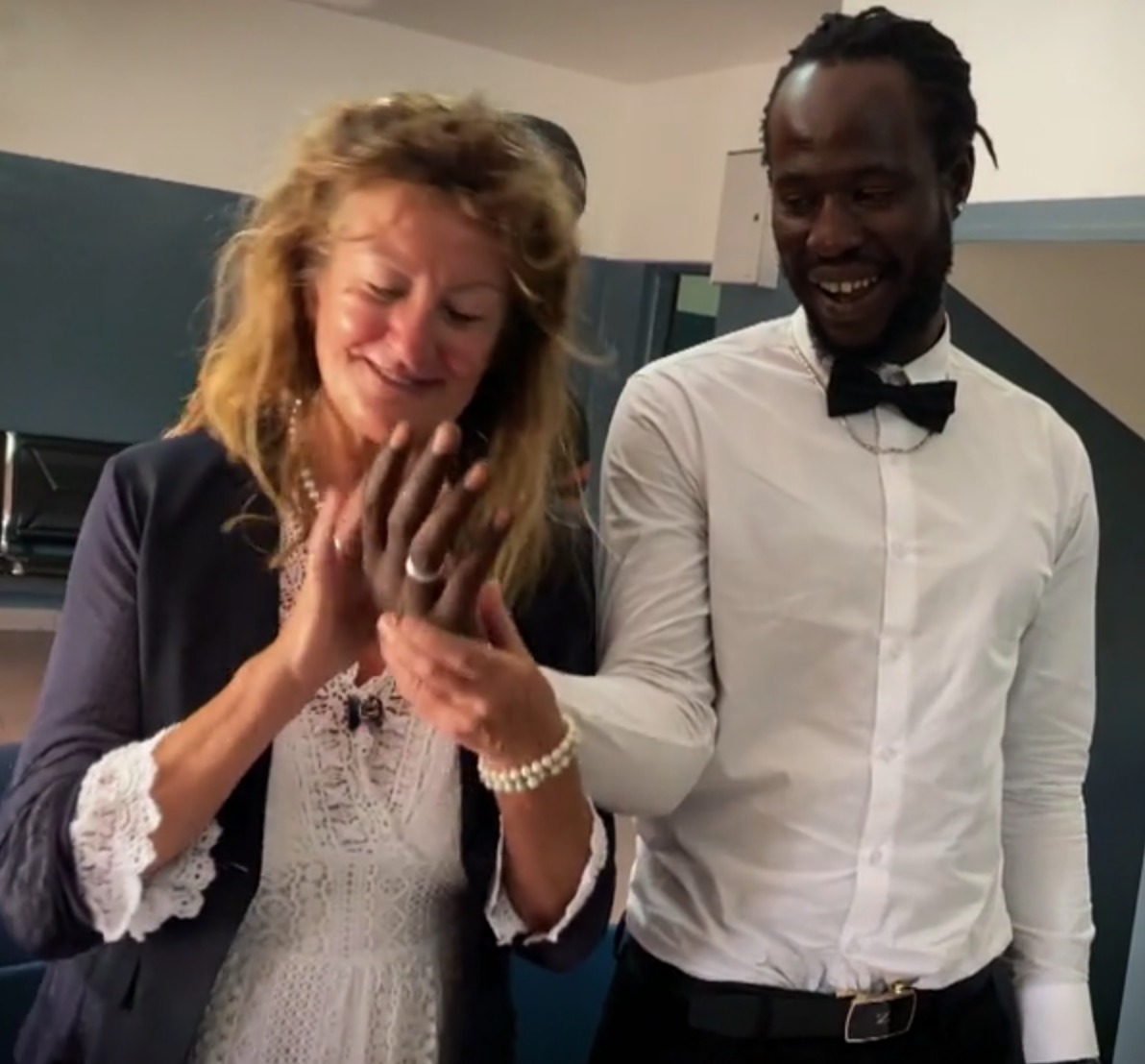 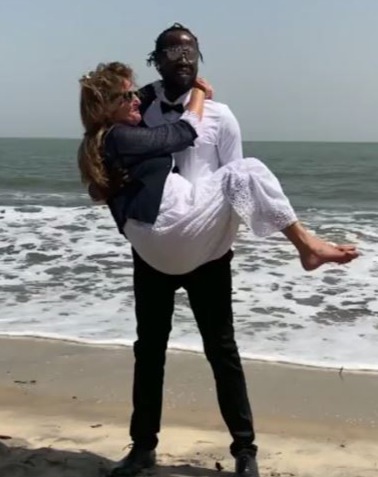 In a later scene, Seyi visits Alka on a plot of land he's recently bought with the money – and he points out how he hopes to build a huge home on it for him and his future wife, who also transfers him 300 Euros a month to live on.

“I want her to die in my arms," he says when once again quizzed about her age, before pointing at his land and showing where she will one day be buried. 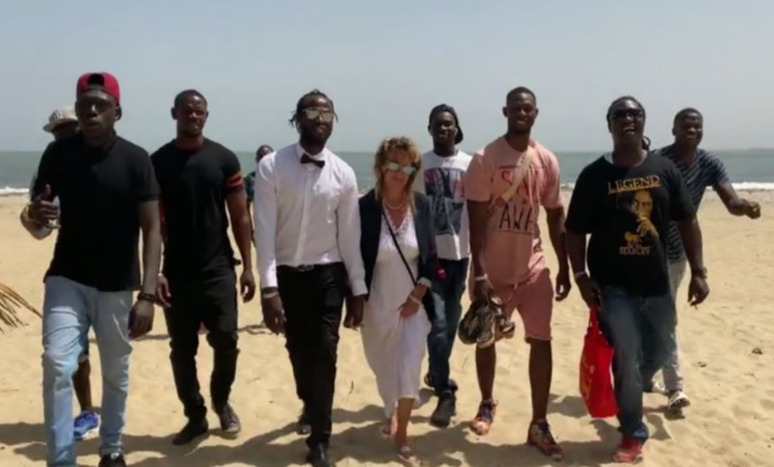 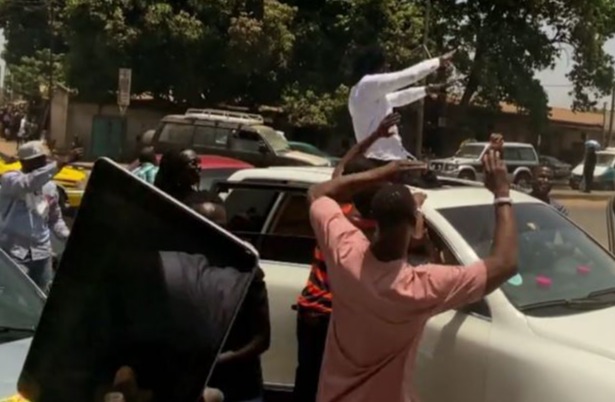 Seyi speaks to Francoise on the phone, and she says Alka makes her feel like a "newborn baby" with a new life, adding: “I just lost my best friend, she died from cancer, and I just feel I have the same relationship with him as I had with my best friend.”

The couple eventually marry in The Gambia, with their wedding video revealing the moment they kissed on the beach before Alka stood on top of a car and threw money out to his family and friends around him.

British woman called Jackie, 57, also appears on the show, having moved permanently to The Gambia a few years before. 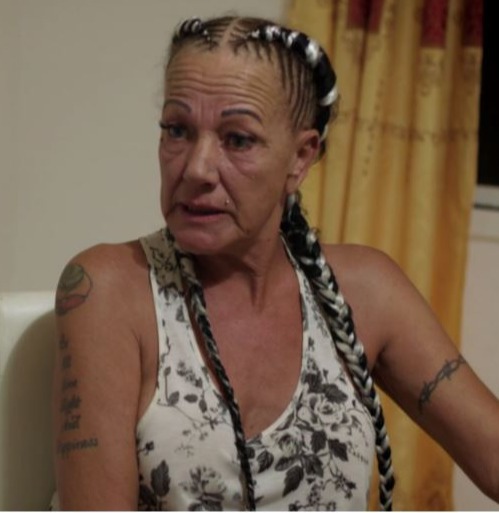 If you just want a good time, it’s paradise. You could have two or three different men in a day, if that’s what you want. It’s that easy.

She says she's had several relationships with men while living there – but is well aware that for some tourists, it is purely about the physical side of the romance.

“They’re coming here on their little sex holidays aren’t they," she says.

“If you just want a good time, it’s paradise. You could have two or three different men in a day, if that’s what you want. It’s that easy.”

She adds: "It’s not long after you’ve brought them home that they start saying, ‘oh well my mum’s a bit sick and she needs to go to the hospital and I haven’t quite got the money’.

“Or my children’s school fees are due… they’ll come up with some excuse.”

For many local men, Jackie says they class meeting richer European women as a necessary "job" to help support their families.

“They’ve just got to put up with her for a certain amount of time, let her think they’re in love with her, she’s going to go back to England saying, ‘oh I’ve found my soulmate’… They’re good at talking," Jackie claims.

“It’s just the way they are, you ain’t ever going to change them.”

Sex on the Beach is available on demand on All4