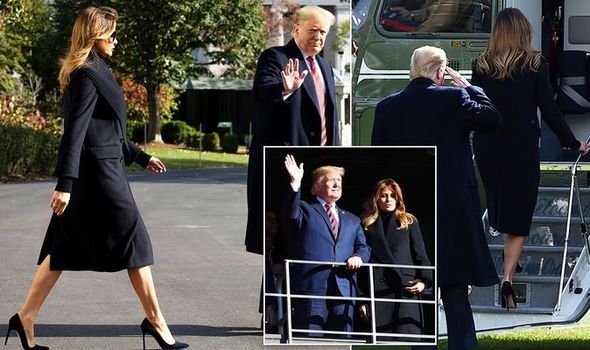 Melania Trump opted for a smart look as she attended a football game in Alabama, USA this weekend. She and husband Donald Trump were at the Louisiana State University Tigers vs. Alabama Crimson Tide Football Game on Saturday. The event was held at the Bryant-Denny Stadium in Tuscaloosa, Alabama.

Melania Trump opted for a chic all-black outfit as she was pictured both heading to the event and in the stadium.

Her elegant black coat fell below her knees and featured chunky ribbed lapels.

Two large buttons fastened the coat up across her body and two large pockets adorned the number.

While the done-up coat hid most of her ensemble underneath, Melania appeared to opt for a high necked, long-sleeved black dress. 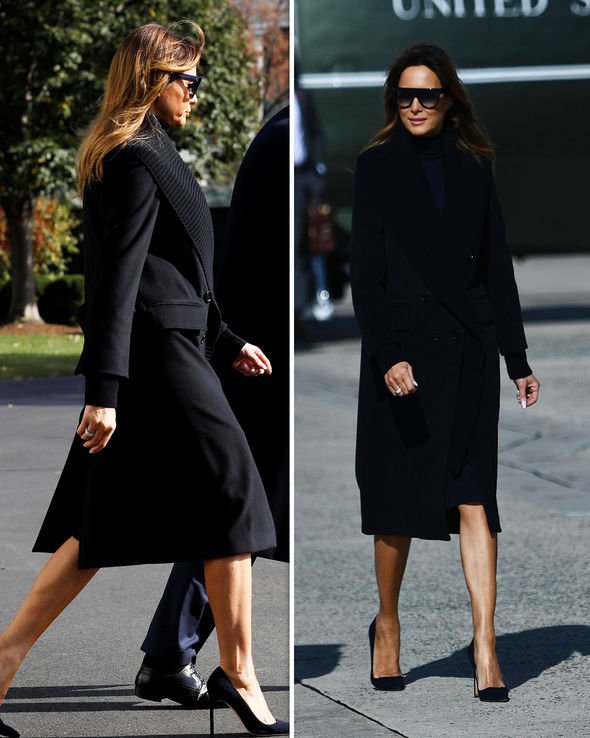 The First Lady kept her legs bare despite the cooler weather to show off her tanned, shapely physique.

Donald’s wife was seen wearing oversized sunglasses as she and her husband walked from Marine One to Air Force One at Andrews Air Force Base in Maryland.

Melania’s blonde-brown hair was styled in loose waves and fell about her shoulders.

Rings could be seen on each of her hands and her nails appeared to have been painted a pale shade.

As for her make-up, the First Lady opted for a natural look with a pink lip.

Donald wore a dark blue suit with a red and blue striped tie. For the journey, he donned a large navy winter coat. 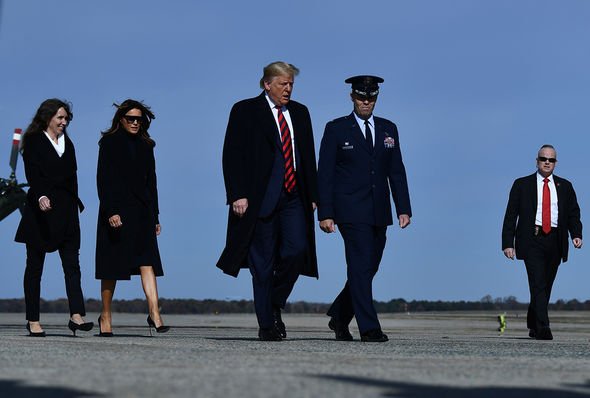 Melania and Donald waved happily to the crowds as Trump enjoyed the support.

More than 100,000 fans watched the match at Bryant-Denny Stadium hours before kickoff.

Trump is said to be a lover or sports. Donald Trump Jr., the President’s eldest son, once said in an interview: “That’s his happy place where he still gets to be the boy from Queens,” reported the New York Times. 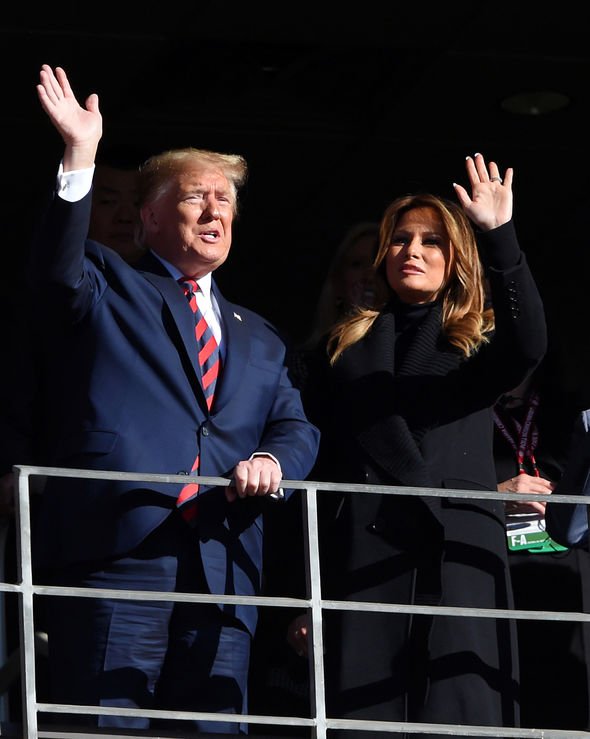 In a recent explosive pre-FLOTUS interview with Du Jour, ex-model Melania revealed how she was snubbed by the Clintons on her wedding day.

When asked what political couple Hillary and Bill Clinton had brought as a wedding gift, the mother-of-one revealed that she was left empty-handed.

Mickey Rapkin, author of the interview, wrote: ”I ask what Bill and Hillary Clinton got the Trumps for a wedding present in 2005, and Melania says innocently: ‘I don’t think they sent a gift.’