In the final hours of her husband’s presidency, Melania Trump wore head-to-toe black while departing the White House.

The outgoing first lady, who often used her clothes to send messages during the Trump administration, donned the chic mourning look while boarding on Air Force One for Mar-a-Lago.

Noticeably, the first lady did not wear any American designers. Instead, she opted for a Chanel jacket, a Dolce and Gabbana dress and heels by Christian Louboutin. Her purse, a crocodile Birkin bag from Hermès, is worth upwards of $50,000.

It was a stark difference from the bright blue Ralph Lauren ensemble she wore four years ago at her husband’s swearing-in ceremony.

Breaking modern tradition, the Trump spouses will not be attending the inauguration ceremonies of President-elect Joe Biden.

Melania joined President Trump as he gave a farewell speech, though she did not speak.

The couple’s 14-year-old son, Barron Trump, was not seen.

Throughout the Trump administration, the first lady often teased the press with her outfits, like when she wore a jacket that said “I don’t care, do u?” while visiting the border camps and an all white look seemingly inspired by suffragettes to the State of the Union. 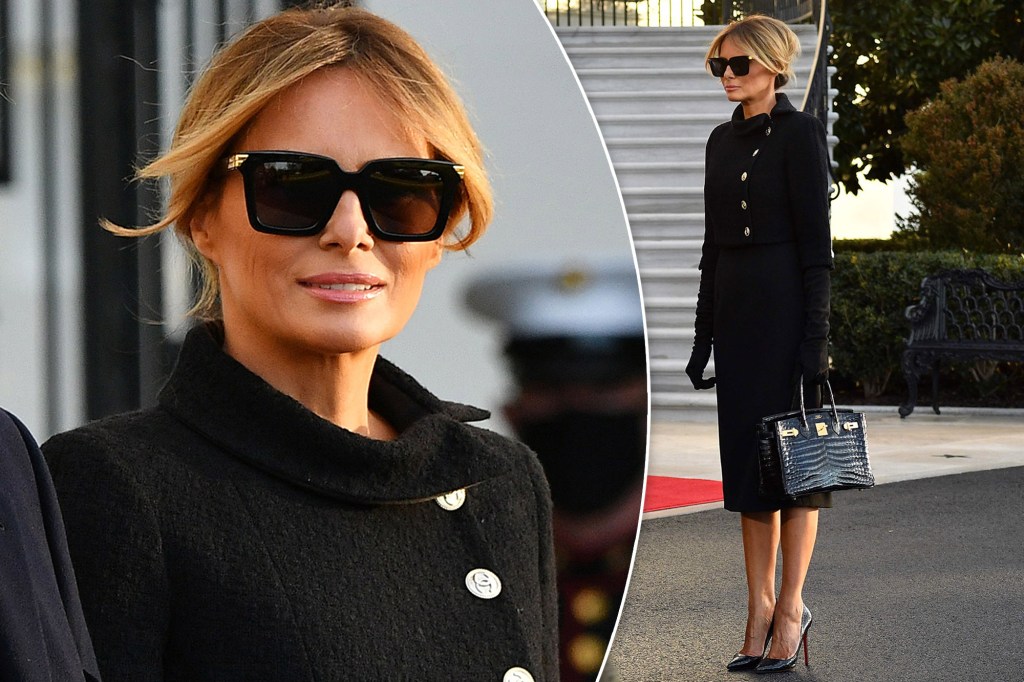 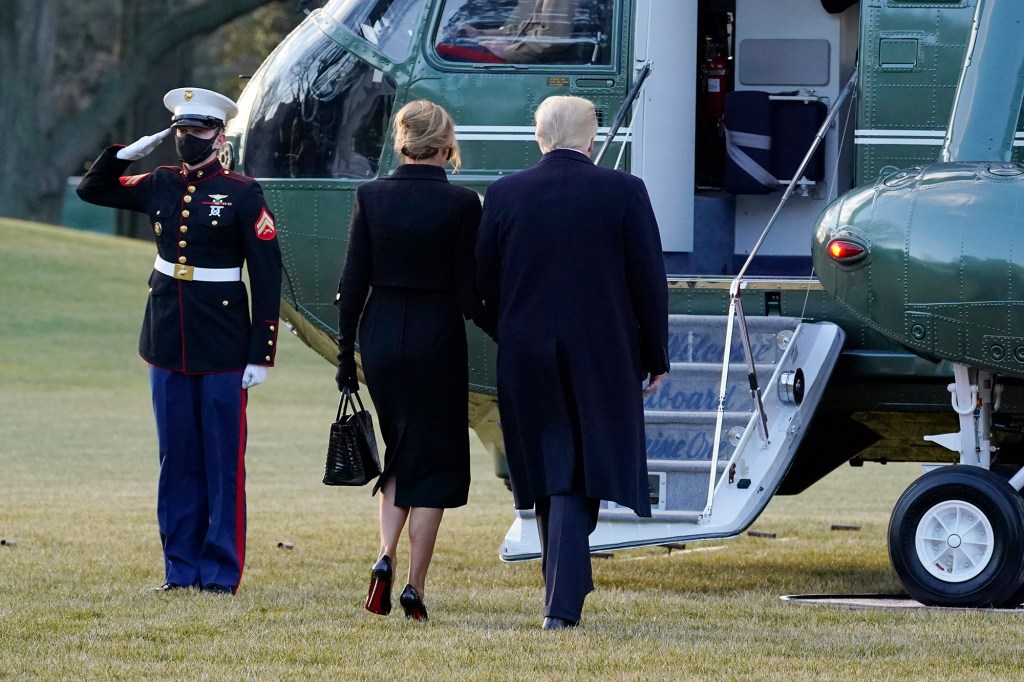 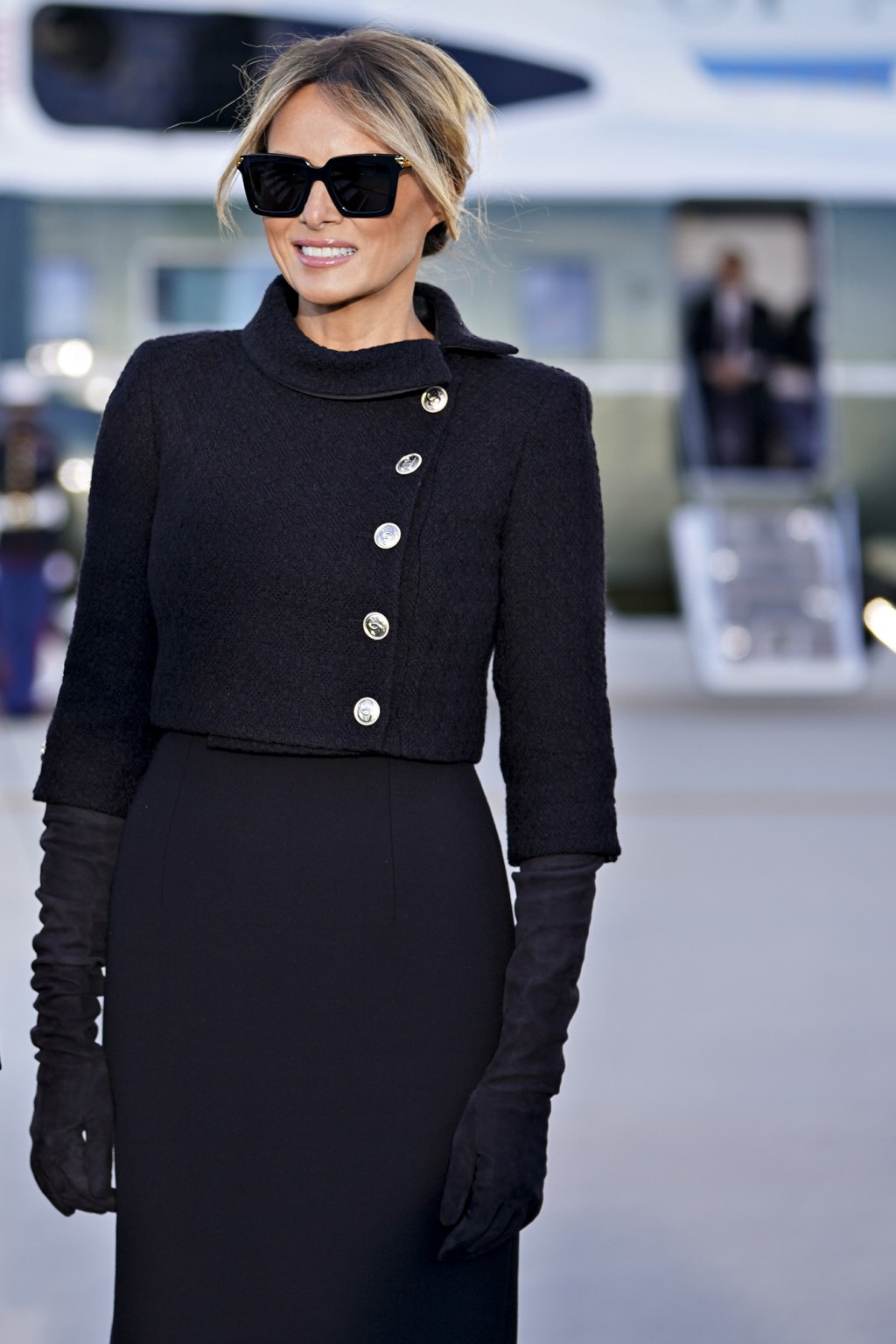 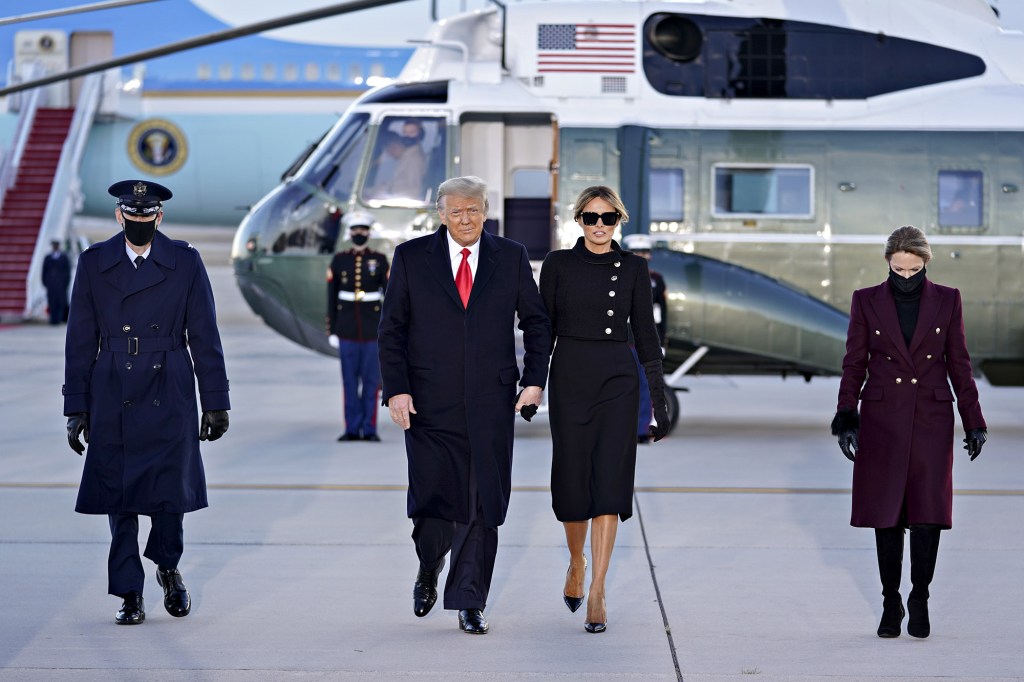 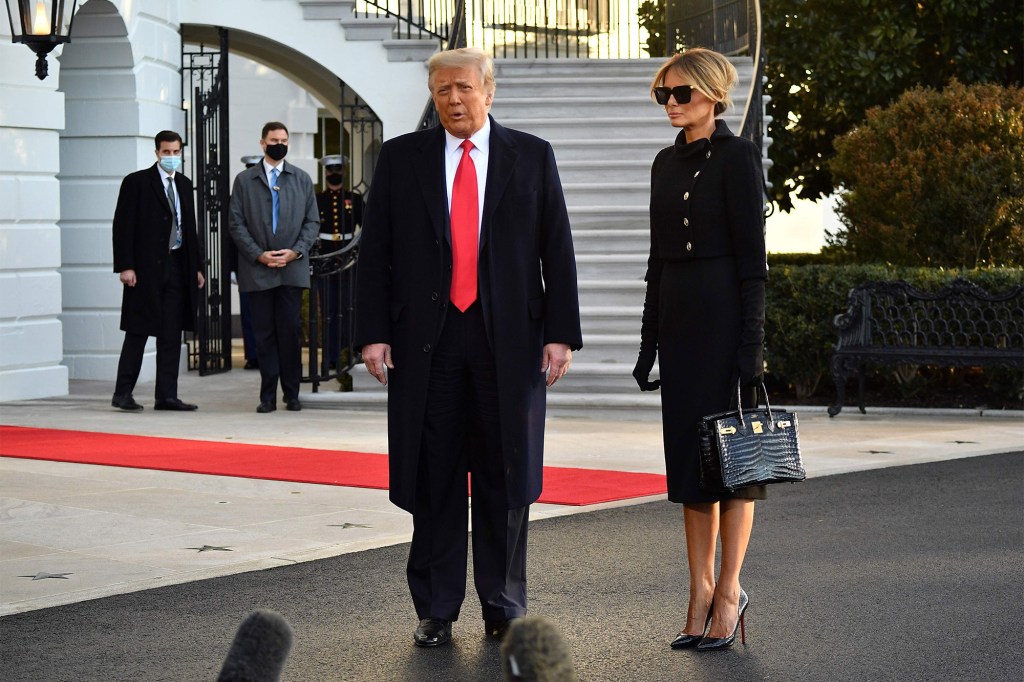 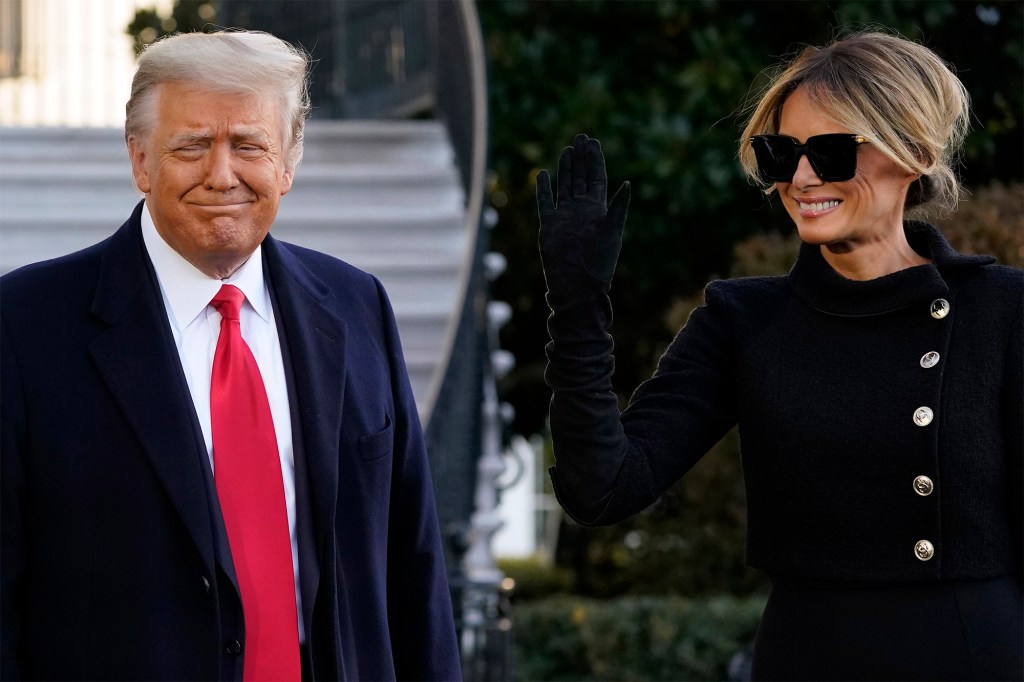