ONE of Pornhub's most searched adult stars could have her videos removed from the site, after a petition to do so hit 1.5 million signatures.

Mia Khalifa made 11 adult films during a three-month period in 2014, and recently admitted they will "haunt her until she dies". 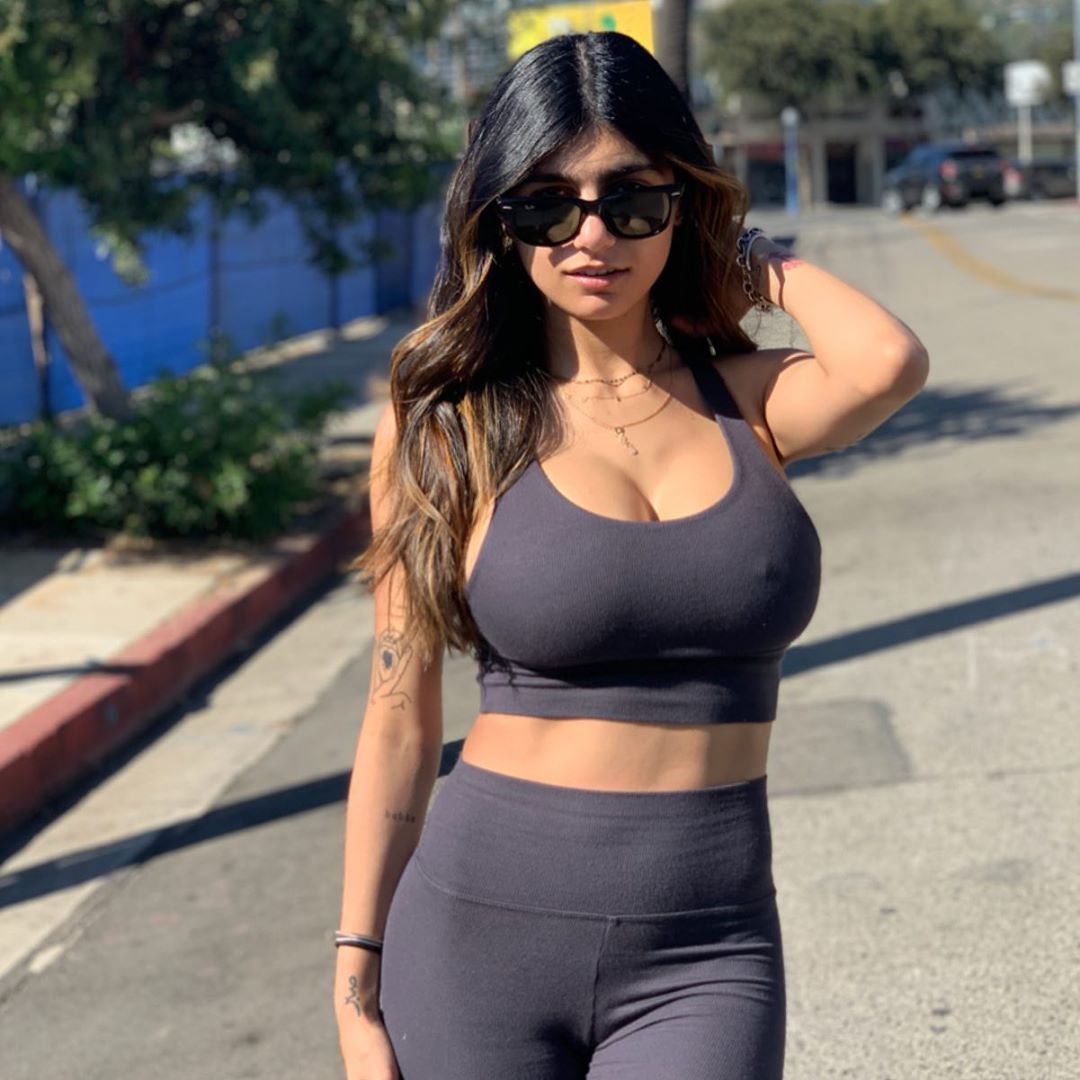 Despite retiring from the adult industry six years ago, her videos – for which she says she was only paid $12,000 (£9,760) – are still extremely popular and she remains one of Pornhub's most searched for stars.

Now 27, the Lebanese-American actress and sports pundit has even received death threats from terrorist group Isis – after she was filmed performing sexual acts in a hijab, which she claims she was pressured into.

But now her fans have created a Change.org petition, demanding they are removed. 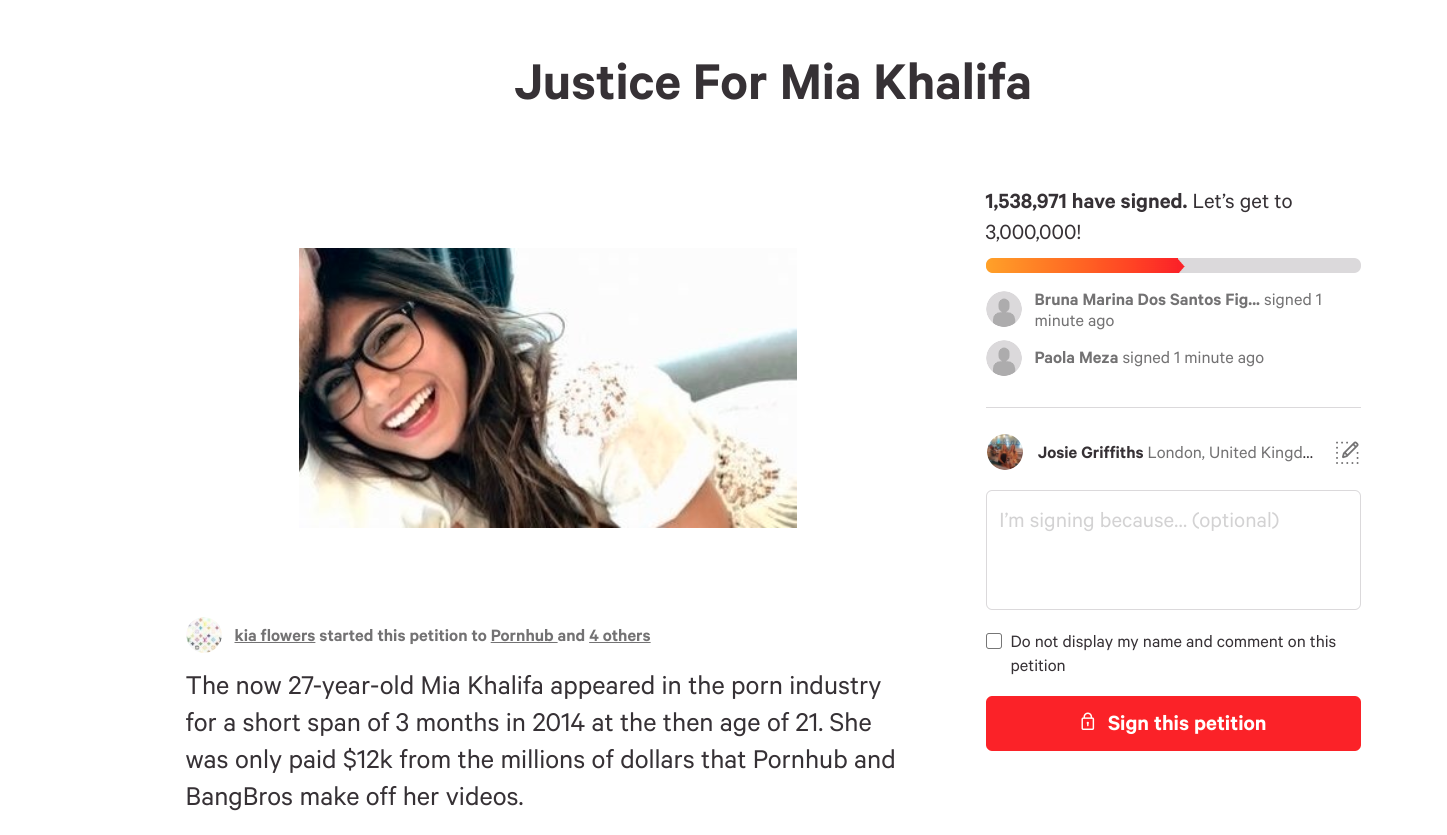 "The infamous hijab video has collected ISIS death threats that have targeted Mia from the video's release in 2014 to today.

"Mia attends therapy on a consistent basis for trauma, emotional distress, and consequences of bullying.

"Mia and her team have provided countless financial offers to the current owners of her domain name and pornographic videos to no avail.

"Big corporations are not giving Mia Khalifa a fair chance to demand her content in court due to financial advantage. 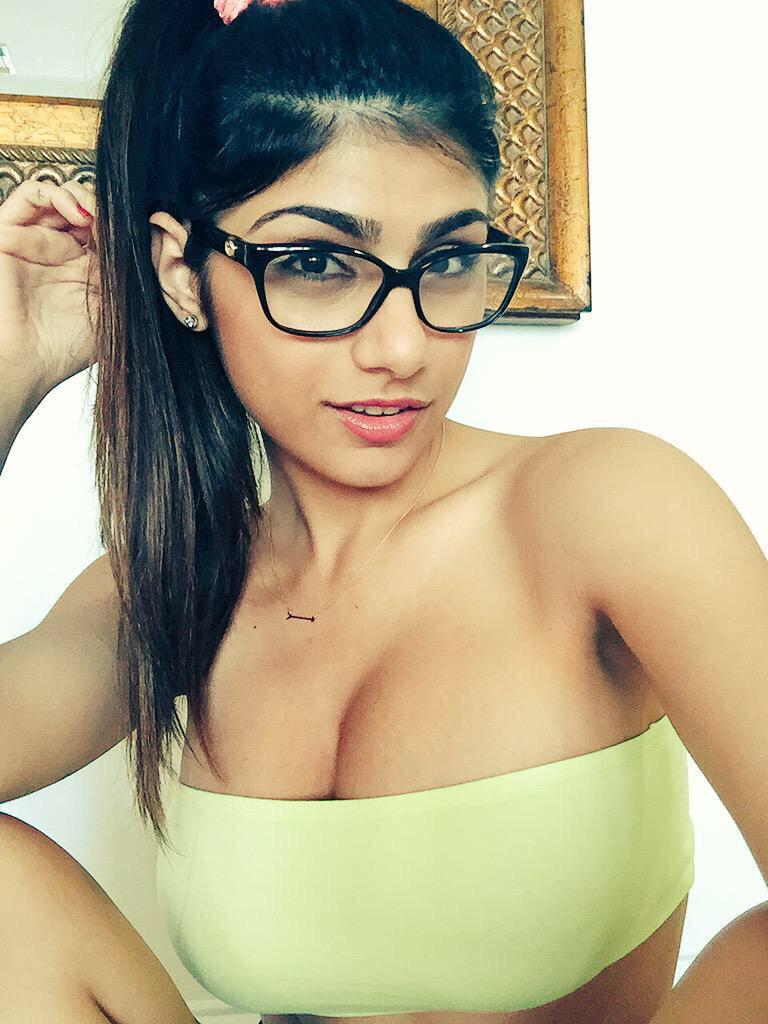 "Please consider signing this petition to support Mia Khalifa's future endeavours and to bring her justice."

It gained more than 1.5m signatures in less than a week. Mia thanked her fans and claims everyone who signs will be invited to her birthday party.

In her own video, she explained: "That hourly dissociative attack from remembering hundreds of millions of people's only impression of you is solely based on the lowest, most toxic, most uncharacteristic three months of your life when you were 21."

She wrote on Twitter: "I just want B*angbros to stop actively putting me in harm's way by promoting my 6-year-old videos like they're new, making millions of ppl think I'm still active.

"The death threats are emotionally crippling, I haven't felt safe even going to the grocery store alone in years."