Mind-bending optical illusion leaves people baffled – can YOU work out what's going on?

THIS mind-bending optical illusion has left people in a spin – but can you work out what's going on?

The baffling brain teaser has left people going around in circles while trying to decipher it. 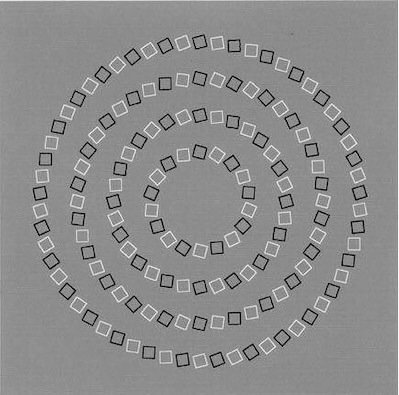 The trippy mind trick features what appears to be a lengthy spiral made up of tiny black and white squares.

When you look at it, the still image somehow seems to start spinning right before your eyes.

But it has actually just fooled your brain into thinking the formation is a spiral, even though it is just four concentric circles.

This is when a series of rings have a common centre – and in this case, can trick illusion lovers into seeing a rotating spiral.

get me out of there

The tiny squares which make up the diagram are each positioned at an angle, which distorts your vision of the image.

Even when explained, it's still hard to get your head around the amazing illusion is just a stack of circles.

If you are a fan of circle tricks, why not take a look at this mind-boggling optical illusion which appears to show different coloured spheres – even though they are all the same.

And this unbelievable brain teaser manages to make an image of simple circles and lines move – despite it being a still picture.

Another weird visual left viewers scratching their heads as a series of circles appear to vanish before your eyes.

Other optical illusions, including the debate over whether a dad and daughter are wearing green or blue, have divided the internet.

Another illusion can reportedly reveal a secret about your personality.

"Magic eye" optical illusions have also made a comeback with many people arguing over which animal is hidden in one. 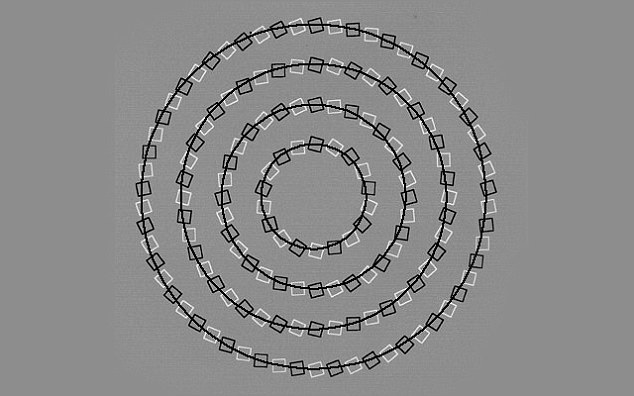