Home » Mum-of-10 shows of her whopping $1,199 monthly food haul – and there’s so much stuff it fills her entire kitchen

Mum-of-10 shows of her whopping $1,199 monthly food haul – and there’s so much stuff it fills her entire kitchen

A MUM-of-10 showed off her whopping food haul which will feed her family for a month – and the groceries fill her entire kitchen.

The mum, who lives with husband Solo, headed out to stock up for the month ahead, as she admitted she ‘hates shopping’ so tries to minimise the amount of trips she makes.

She said: “Today I’m showing you a grocery haul for a month for a family of 12 people.

“We do most of our shopping at the beginning of the month when we can, and we go back in the middle of the month.

“This time will just be some fresh fruits and some milk. Otherwise we get it all right at the beginning, which saves us multiple trips and impulse buying.

“And shopping. If you don’t like to shop it’s a good plan.”

Sarah films her fruit and veg, musing: “We’ll probably have to get more tomatoes.”

“We got three bags of frozen fruit. We rely heavily on fresh fruit at the beginning on the month, frozen fruit the second half of the month.” 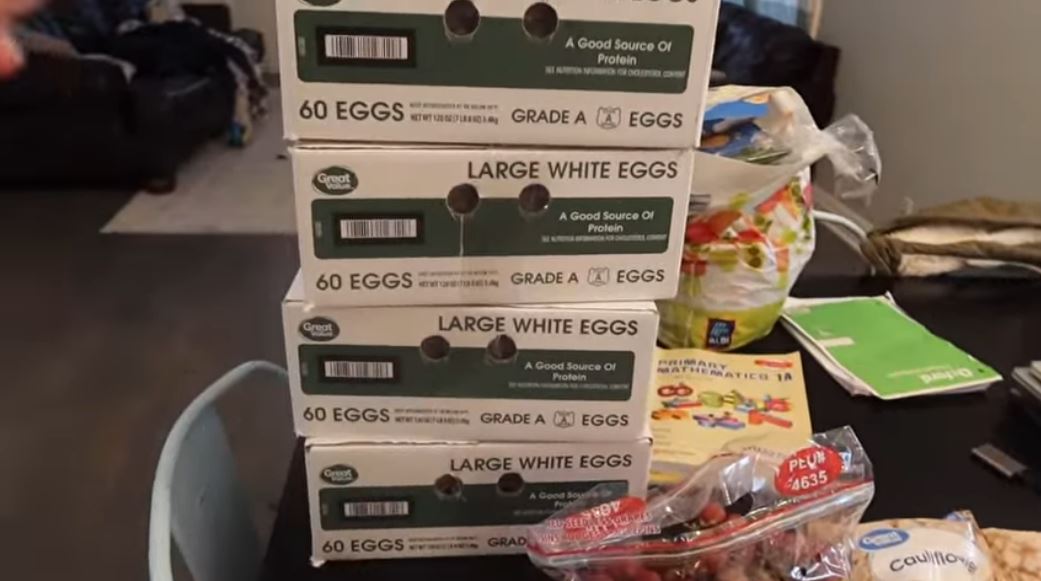 She picked up 12lbs of frozen fruit, six bags or oranges and three bags of apples.

“These large bags of oranges are 8lbs each, so they’re pretty big bags but we eat them real quick around here.

“Fruit does not go bad at our house often”, she added.

She also stocked up on cheese as it’s a firm favourite in her household, showing off feta, Babybels, string cheese, cheddar and parmesan cheese.

Sarah revealed that who entire chickens is one meal in her house, saying: “I’m going to cook these two chickens at once in our roaster.

“Then I will use the bones and skin and all the leftover bitty bitty bits  and make some chicken stock or chicken broth that I will cook with this month as we’re doing soups.

“This will be one dinner then the broth will help make several other dinners.” 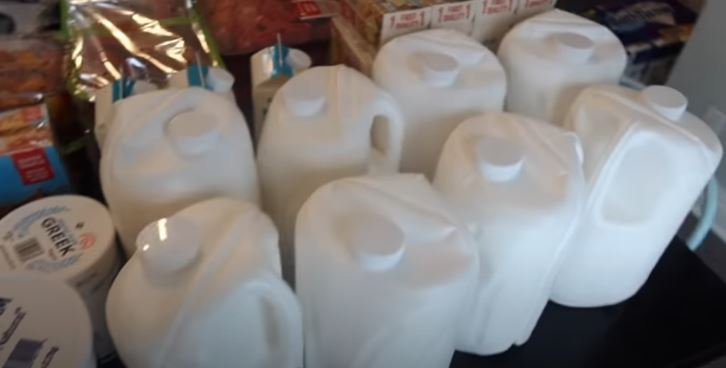 As well as the whole chickens she picked up three trays of drumsticks, two packs of chicken breast and five packs prosciutto ‘because we’re fancy’.

She also grabbed four packs stewed beef  to have ‘one a week’, eight tins of tuna, 240 eggs, 12 packs spaghetti, four bottles of honey and two of maple syrup.

As she films the haul she added: “My children are all hovering. They're waiting until I'm done so they can come and eat.”

As well as shopping for groceries, Sarah revealed she’s trying to make her own cream cheese, chocolate and bread, buying 50lb bags of oats and sugar.

And this mum-of-16 reveals what a fridge for a massive family really looks like – including an entire shelf just for eggs.

While this mum shares her intense daily cleaning schedule and people reckon it’s straight out of the 1950s.

Plus this struggling mum was blown away by HUGE kids’ holiday pack from school – filled with toys, food & cleaning products.