A MUM has revealed how she was able to transform her shabby steps into a chic staircase, and all for just £50.

Taking to the Facebook group, Extreme Couponing and Bargains, run by money saving mum Holly Smith, she shared her impressive before and after snaps. 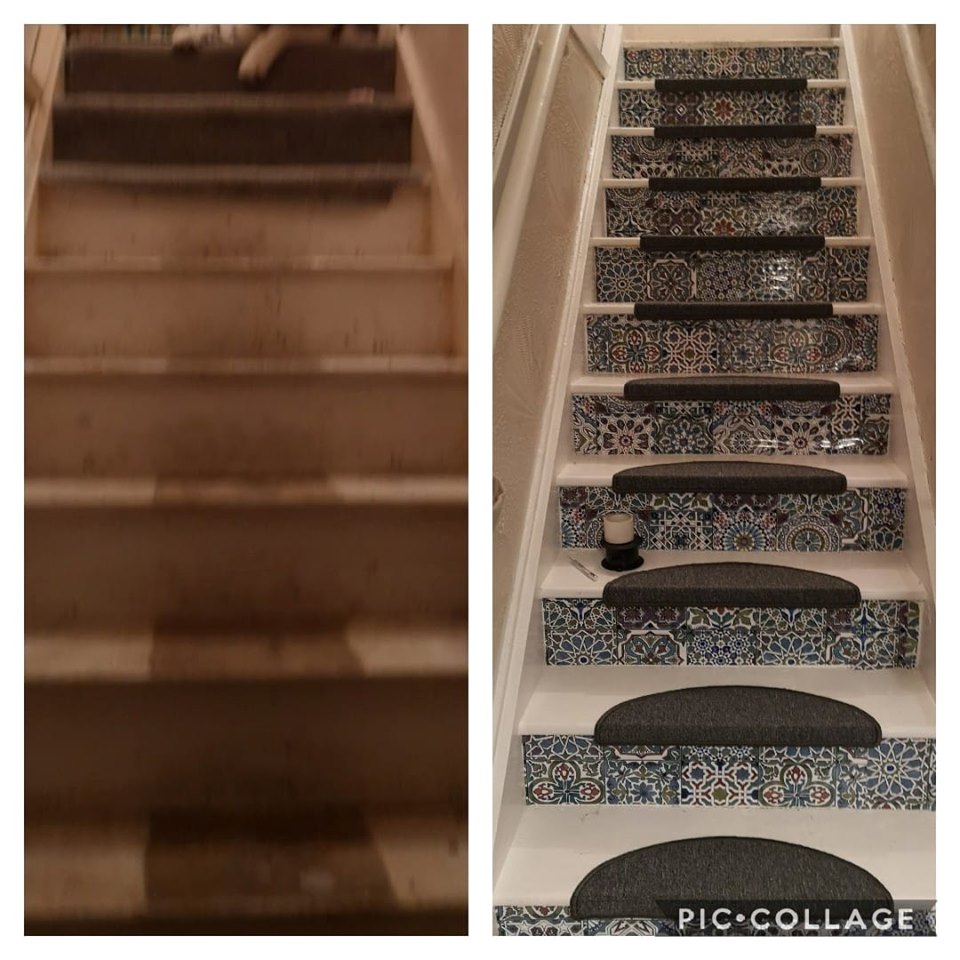 In the first photo her stairs leave a lot to be desired, without any carpet and in a serious need of sanding.

However, thanks to a lick of paint and some chic tile-effect stickers her space now looks more like a stairway to paradise.

Captioning her snaps she wrote: “After ripping up the ex-tenants carpet as it was a hazard, on the left was what we were left with.

“Didn't really want carpet as have a dog who, as most get things very muddy.

“Plus didn't want to spend a fortune. So glossed, fablon and some stair pads later we have this. Not to everyone's taste but we like it. All in cost about £50.”

She later added: “Just for the people asking. The Fablon is from Studio catalogue and the pads where from Amazon but eBay sell them too.”

And it seems that fellow group members were equally impressed with the transformation with the mum’s post amassing more than 10,000 likes and thousands of comments praising her handiwork. 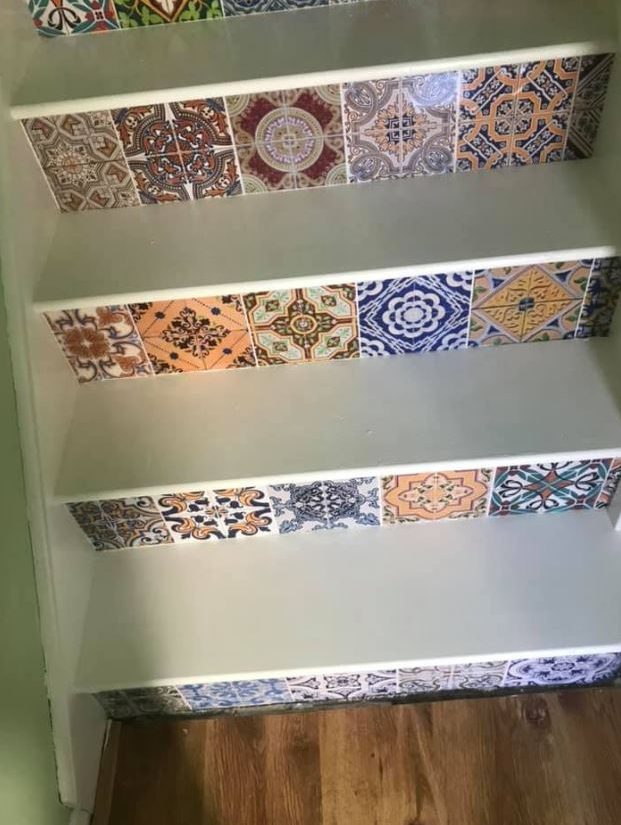 “Brilliant idea and looks amazing” wrote one with another adding “Looks amazing how creative!”

A third agreed commenting “I really like that. Such an improvement.”

Another said: “I love this, I think you have done a great job.”

Others even shared snaps of how they too had achieved a similar effect on their staircases using the tile-printed Fablon.

It comes just days after a mum revealed how she was able to transform her sofa using a £22 cover from Amazon. 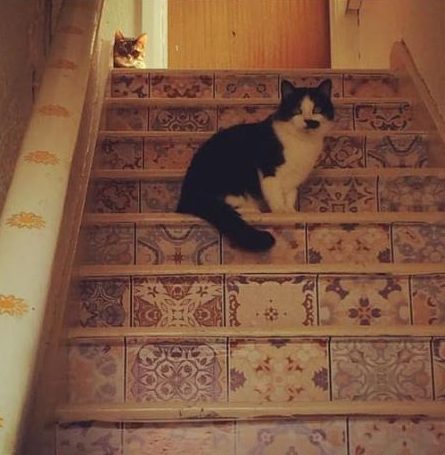 Posting about her enviable DIY skills, she wrote: “Quick cheap way to refresh the sofas or protect them from pets and kids £22 on Amazon.”

There a variety of designs to choose from, including birds, bamboo, floral and twigs, and there are matching cushion covers available, which cost £5.99.

We also shared this woman's transformation, after she gave her kitchen a new lease of life for just £36 by using B&Q counter stickers.

Meanwhile shoppers are raving about these £3 Ikea blinds which can fit any window.

And an interior design expert has revealed the ‘finishing touches’ you can make to revamp your home in minutes.