Home » Fashion » Mum who hates homeschooling her daughter, 7, comes up genius hack to get the grandparents involved

Mum who hates homeschooling her daughter, 7, comes up genius hack to get the grandparents involved

A mum who admitted to hating homeschooling her seven-year-old daughter has shared her genius hack that every parent can relate to.

Cheryl Scougal, 30, from Peebles in the Scottish Borders, said Mariana was getting bored with lesson time during lockdown, so she enlisted the help of the little girl’s grandparents instead. 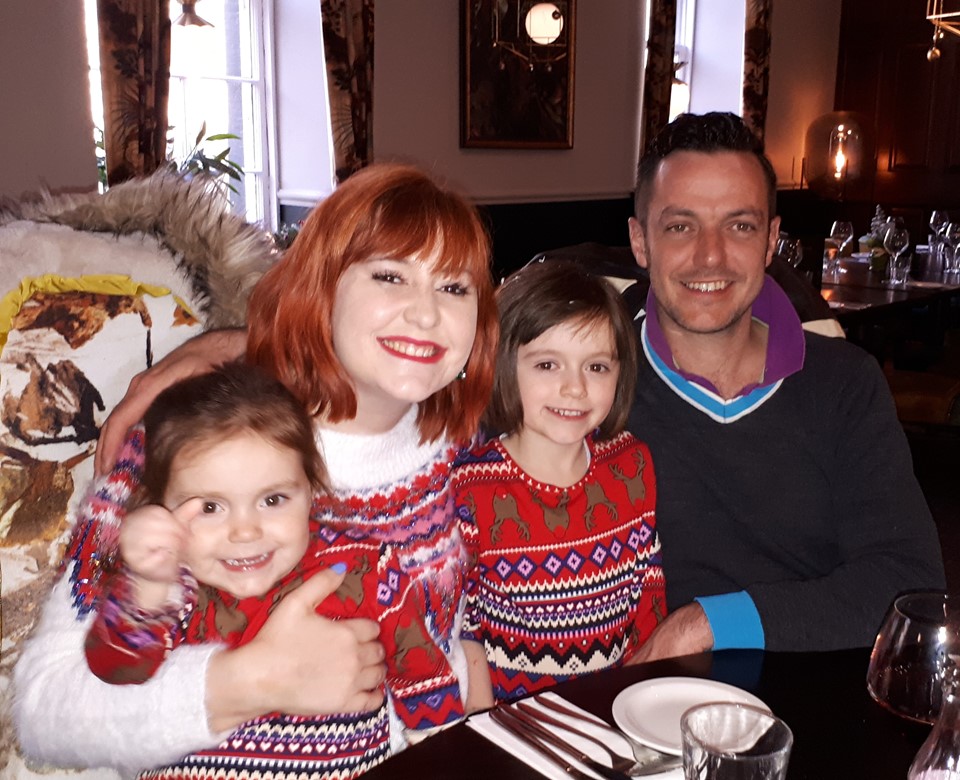 The art tutor at Red Button Drama Arts said it’s "hard work" to encourage Mariana to complete her schoolwork – but discovered her own parents were much more persuasive.

Cheryl started "grandparent school"  every day at 2pm, and shared the clever trick on Facebook not expecting it to resonate with so many people.

The post has since received more than 13,000 likes and 3,000 comments, with other parents loving the idea. 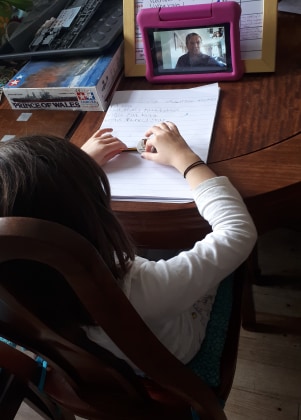 "Behold – GRANDPARENT SCHOOL – Send them the school sheets, set up Skype and thank me later!"

Cheryl said her 50-year-old mum Lydia Barlow came up with the idea of starting "Grandparent school" after revealing how much she was missing her two grandchildren – Mariana and Penelope.

She said: "I was on the phone to my mum complaining that it was hard work trying to keep on top of everything – and meanwhile she was complaining the days were all the same and she was bored. 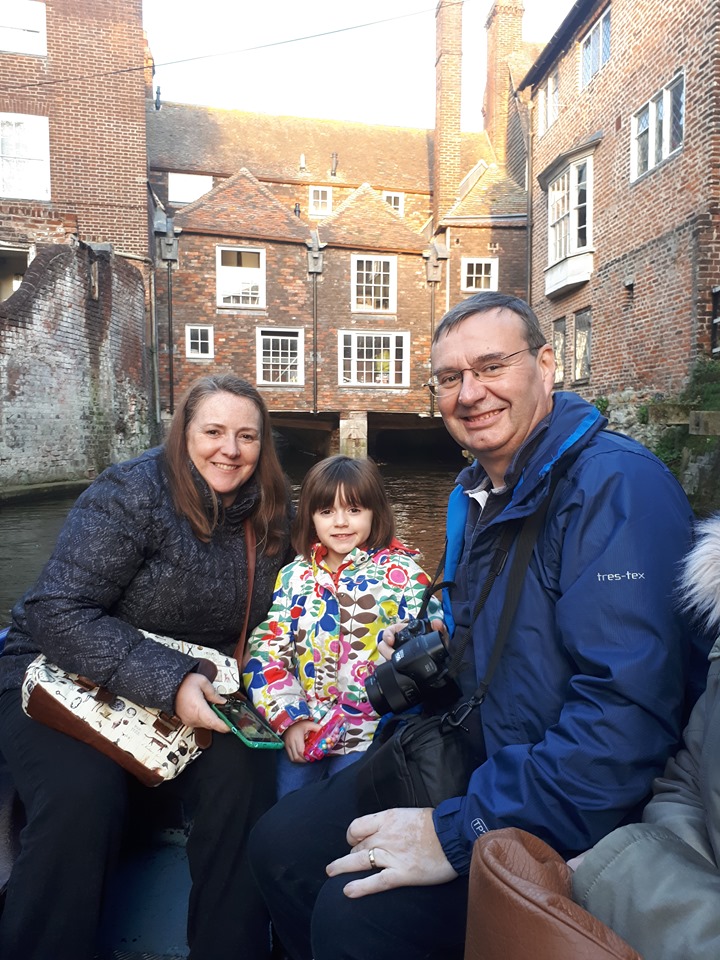 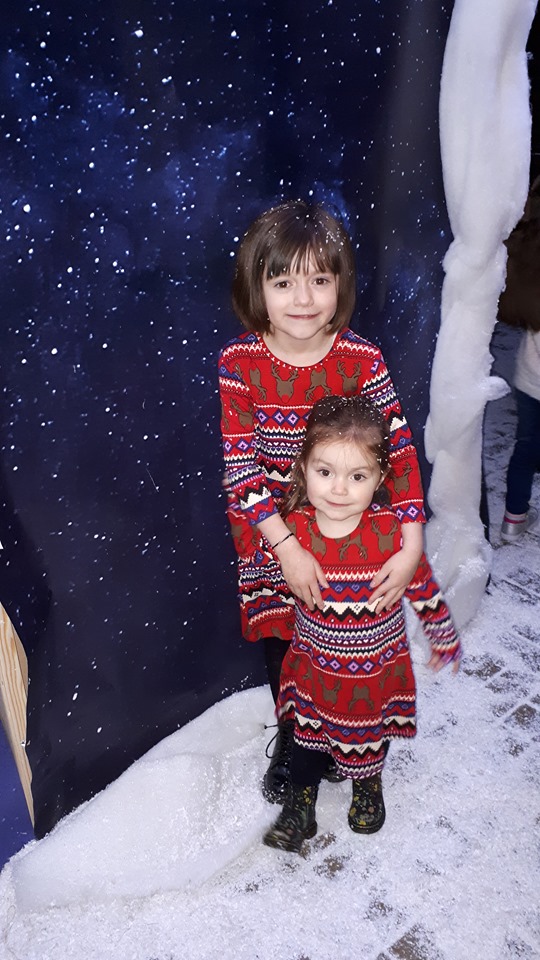 "She offered to do some of Mariana’s work with her, and volunteered my Dad to do the Maths – which is something I'm still not good at, and he had to help with when I was a kid!"

Before lockdown, Cheryl said Mariana and Penelope, two, would spend a lot of time with both sets of grandparents, so this was a great way for them all to continue seeing each other.

She said: "My Mum is super enthusiastic and has booked a slot for every day and while my Dad is still working from home, he happily joins in when he can.

"This week my in-laws have started to get involved too, as they are really missing the children." 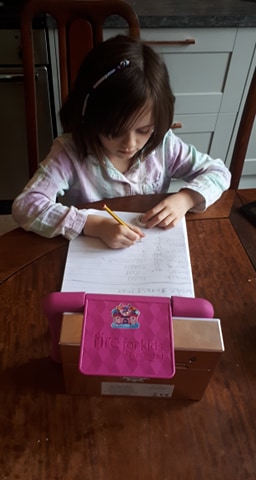 The parent said her daughter was enthusiastic straight away when she realised her grandmother would be taking over her school sheets.

She said: "Mariana finds it much more interesting with granny rather than mummy doing it with Penny hanging off of me.

"My girls are so lucky that they have four amazing grandparents who spoil them rotten, so they're always happy to see them."

Cheryl said "Grandparent school is much more effective as it gives their day a timetable and clearer structure. 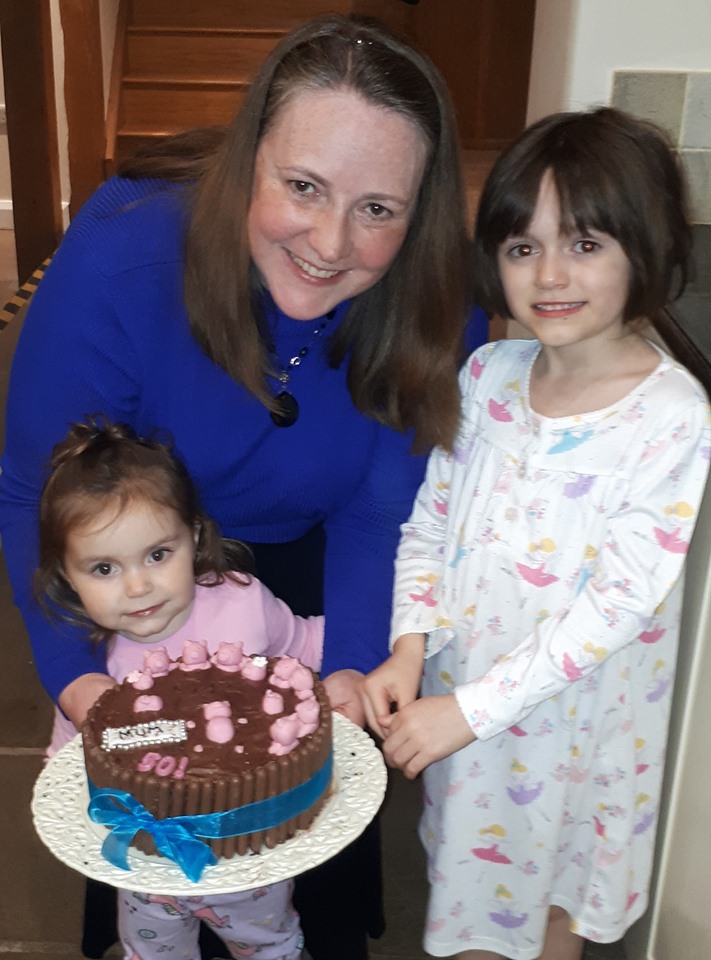 She said: "Mari knows that Granny will be on to do her spellings at 2pm, and it means we can structure the day around it.

"I can leave them to it and play with Penny, or just stick Frozen on and clear up a bit.

"It's made me think it's something we can carry on with homework, once lockdown is over. As long as Granny and Grandpa aren't fed up with it by then."

The mother faced some challenges when she tried to help Mariana with her school sheets alone – as her active two-year-old constantly demanded her attention. 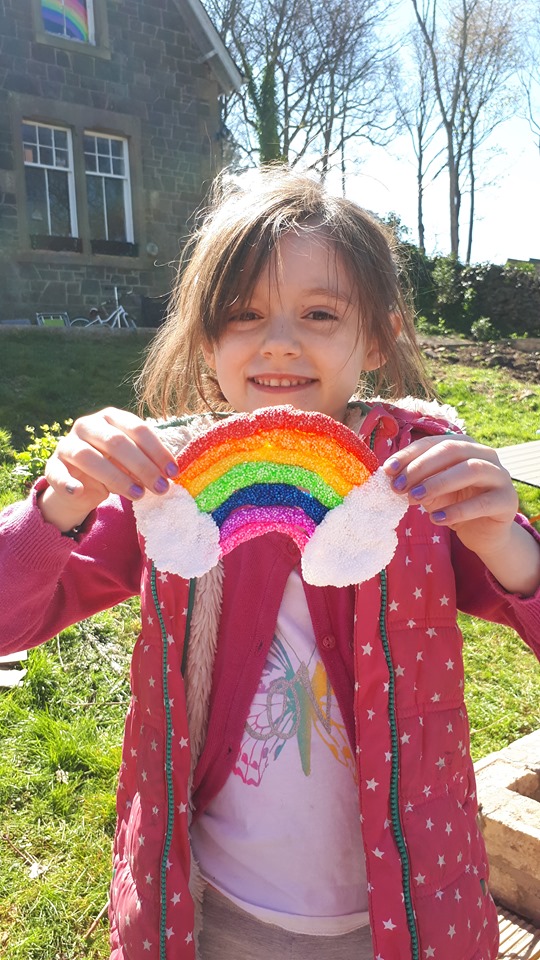 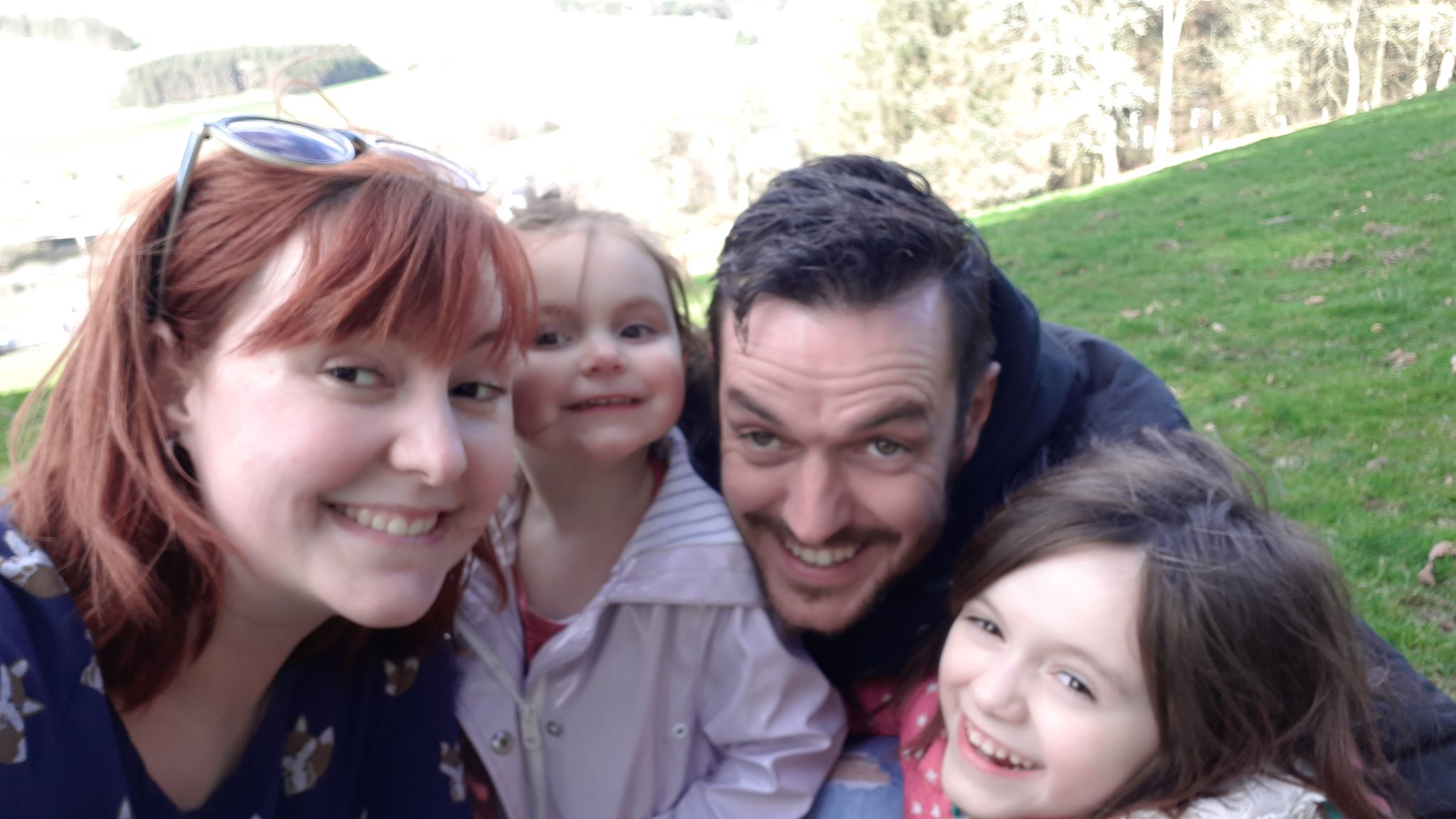 Cheryl said it is a big change from their normal routine as her youngest daughter Penelope usually spends most of her week in toddler groups, classes and at a childminder.

She said: ‘Homeschooling is hard work. We've got a lot of support from the school, and direct access to Mariana’s teacher, but she's not half as motivated when it's me doing the teaching.

"There was always something better to do in her eyes. I've been trying not to put too much pressure on myself, or on her.

"I struggle with anxiety anyway, but the guilt that she's potentially not getting what she needs is hard to overcome." 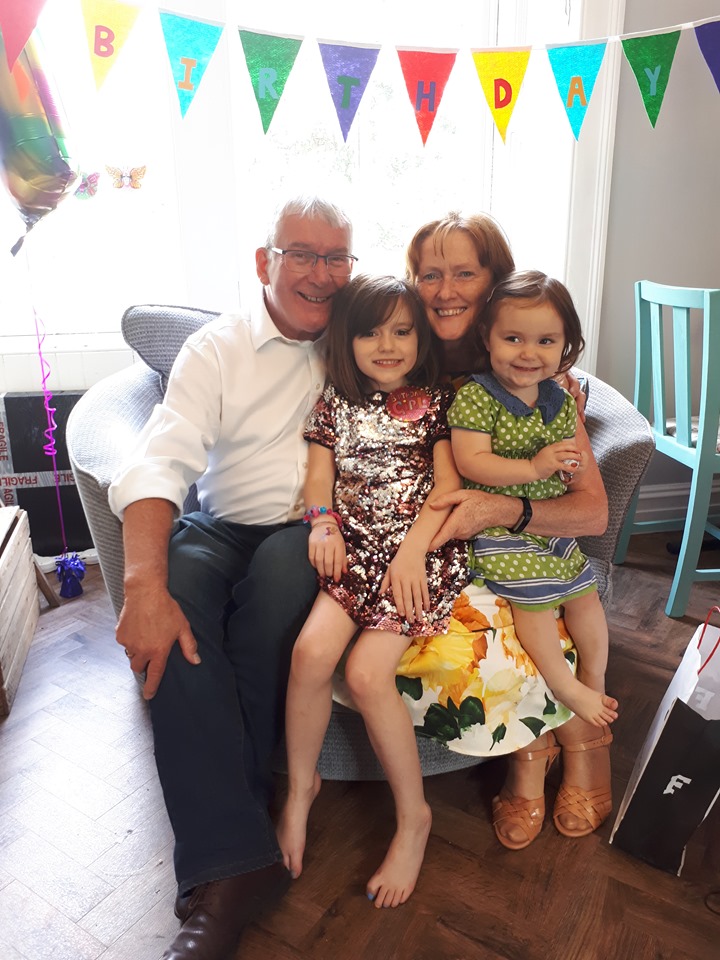 The parent said she found that asking the children to Skype their Grandparents for a conversation wasn't really working as they didn't have much to tell them.

She said: "Being kids with short attention spans, they were always ready to say goodbye before their Grandparents wanted to go."

Cheryl said despite her parents helping out with Mariana’s homeschooling – life in lockdown with two children is still hectic.

She said her husband is still working a few hours a day as he is a plumber and heating engineer working on essential repairs. 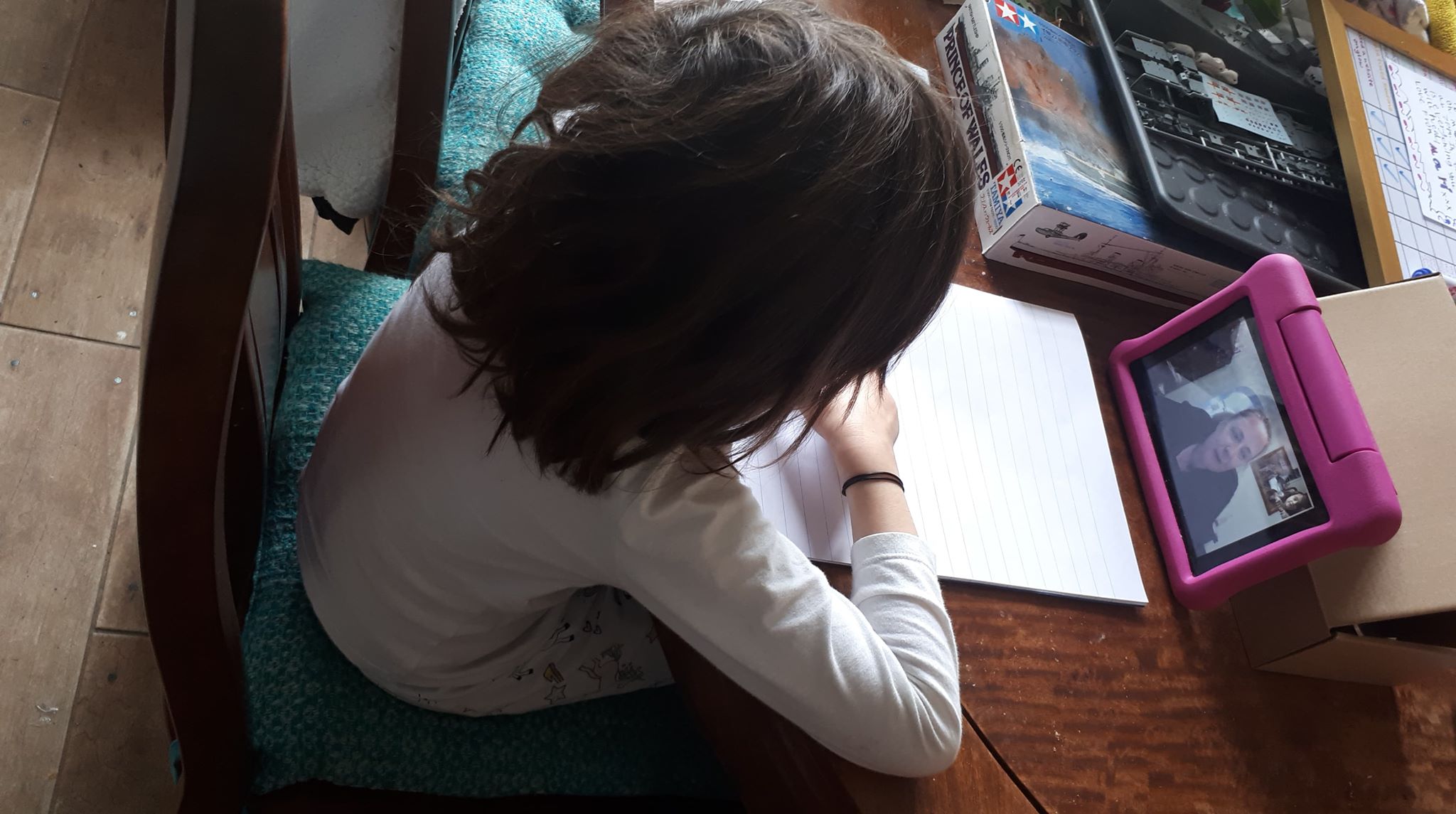 She added: "A lot of the day my husband is out working, so we can't tag team the children.

"The house is just constantly a bomb site when we've nowhere else to go, so actually finding space to do anything is a challenge.

"We've been doing some art projects, which I've then been able to post on my work page, as we obviously can't run our usual clubs at the moment, so have been trying some tutorials."

Cheryl said it went "crazy" when she posted her "Grandparent school" idea on Facebook and she couldn’t keep up with all the comments.

She said: ‘I've had a lot of people say they were going to try it, and some came back to say it's really helped.

"My Mum isn't on Facebook, so I have been sending her screenshots saying thanks on behalf of the nation.

"I'm one of the ‘fortunate’ parents who can't really work from home, so technically I have a lot of time to homeschool.

"I can't imagine what it's like to have to hold down a full time job as well, so I just genuinely hope that this idea helps some families out there who may not have thought of it."

We also shared how a woman was boozing and smoking every weekend at SEVEN months pregnant – but she had no idea she was pregnant.

And a mum revealed that she delivered her own baby on the bathroom floor after labour lasted just two minutes.

Meanwhile, desperate mums were forced to turn to eBay for baby milk after shops sold out – and were shocked to find it on sale for £155.