A MUM suffering from a rare disorder has been left with bright white and completely numb fingers.

Social media users were left baffled after daughter Julie O’Mahony, 23, shared the post about her mum Monica on Twitter. 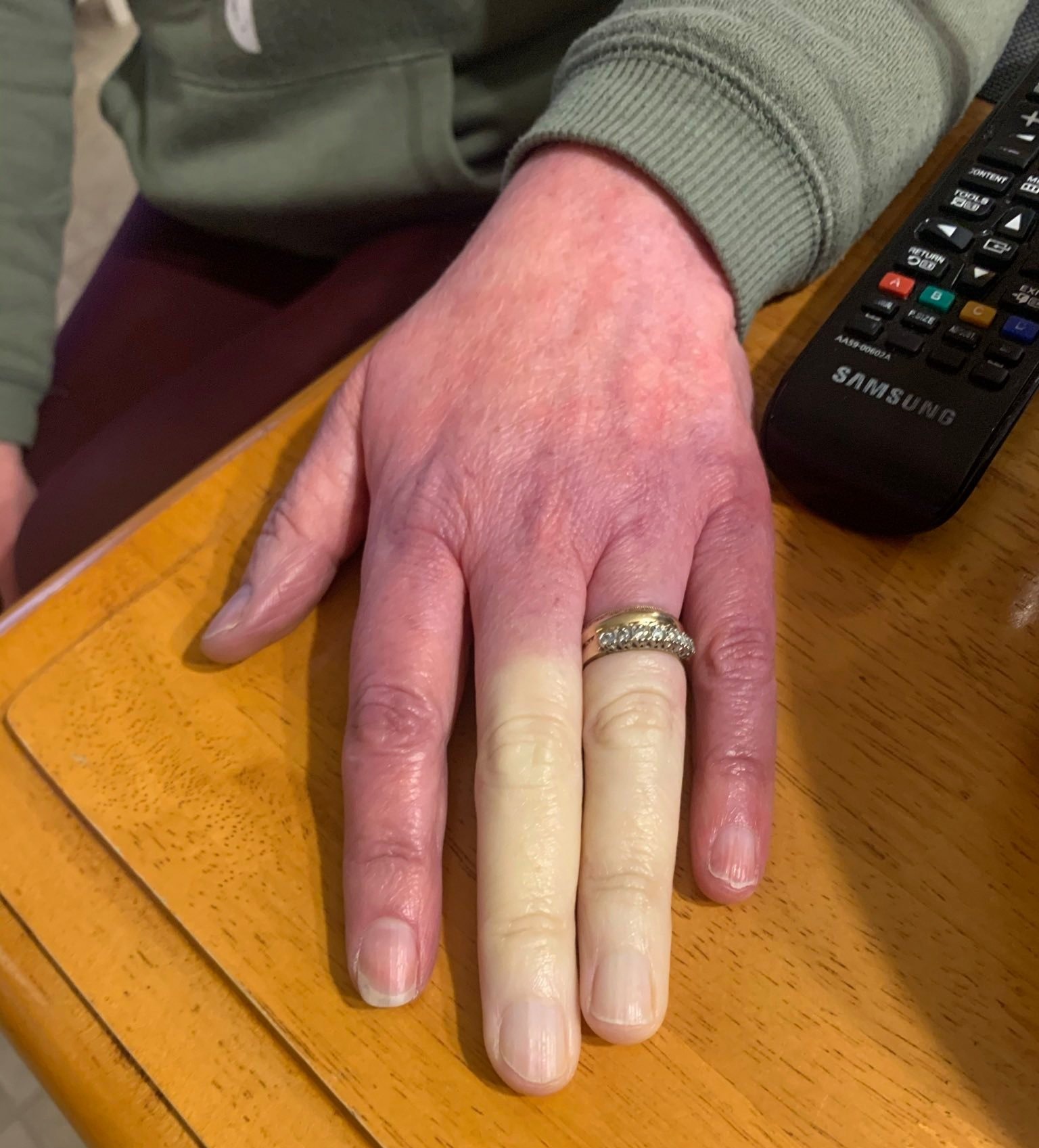 The condition is a rare disorder of the blood vessels, in which the vessels narrow when a person is cold or feeling stressed.

As a result, blood can't get to the surface of the skin and the affected areas turn white and blue.

This means that whenever it’s cold outside and Monica doesn’t wear gloves her fingers go completely white and she is no longer able to feel them.

Since Julie posted the picture last week she has received thousands of messages and the post has received over 32,000 likes.

Posting on Twitter she said: "Is it not the freakiest thing you’ve ever seen?".

Julie added: "My mum suffers from a condition known as Raynaud’s Syndrome and has had it for around 20 years. 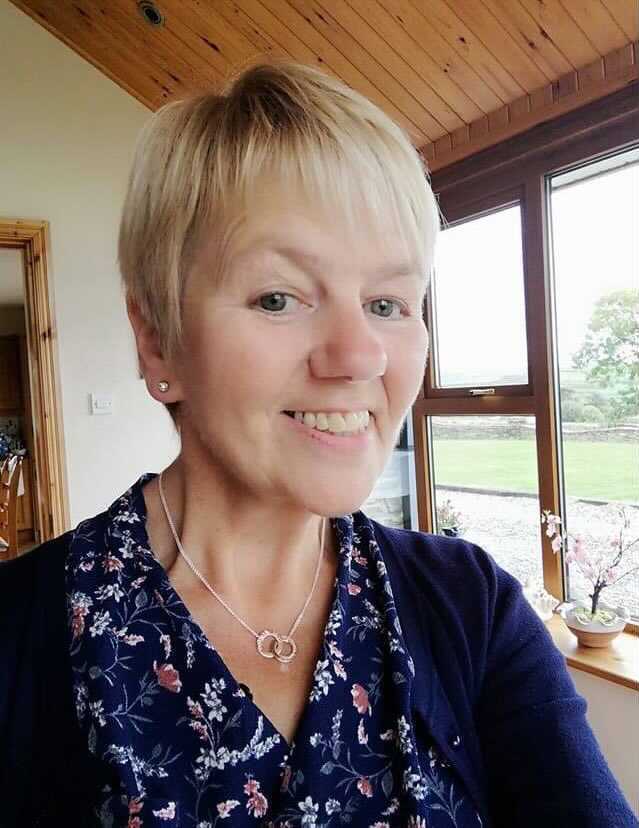 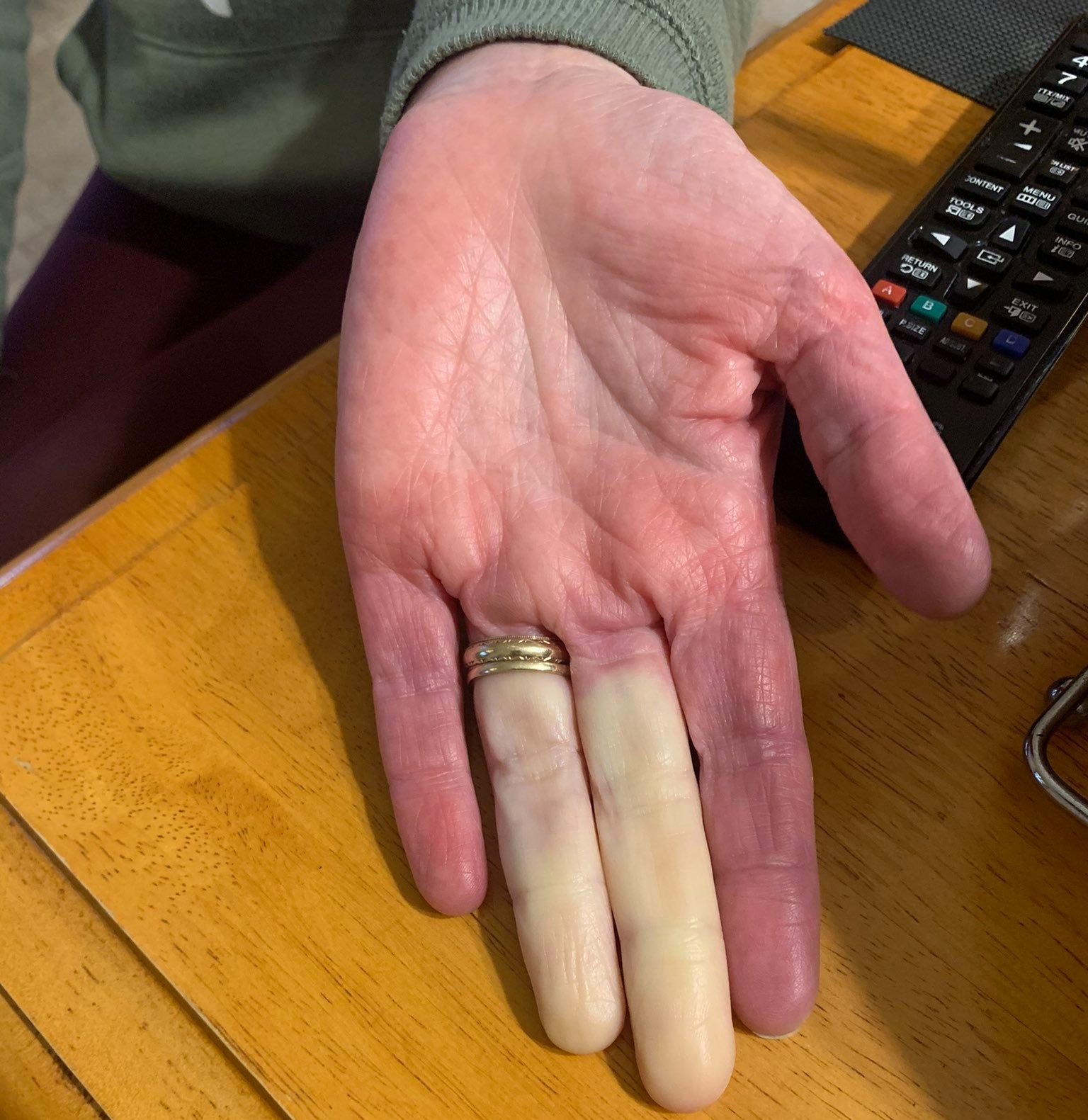 "It causes the blood vessels in her fingers to narrow so blood can’t get to the surface of the skin, causing them to go completely white and numb.

"This usually happens to my mum in winter or when there’s a sudden drop in temperature.

"It's definitely at its worst in January.

“Sometimes gloves help but if it’s anything below two-three degrees, it’ll happen regardless if she’s wearing them or not.”

But it’s not just the look of her fingers that is shocking, once the colour returns to her hands, Monica is left with a shocking pain, which she describes as “horrendous pins and needles”.

Julie said that at its worst, it’s “very painful” for her mum and added that it usually takes an hour or so for the pain to go away. 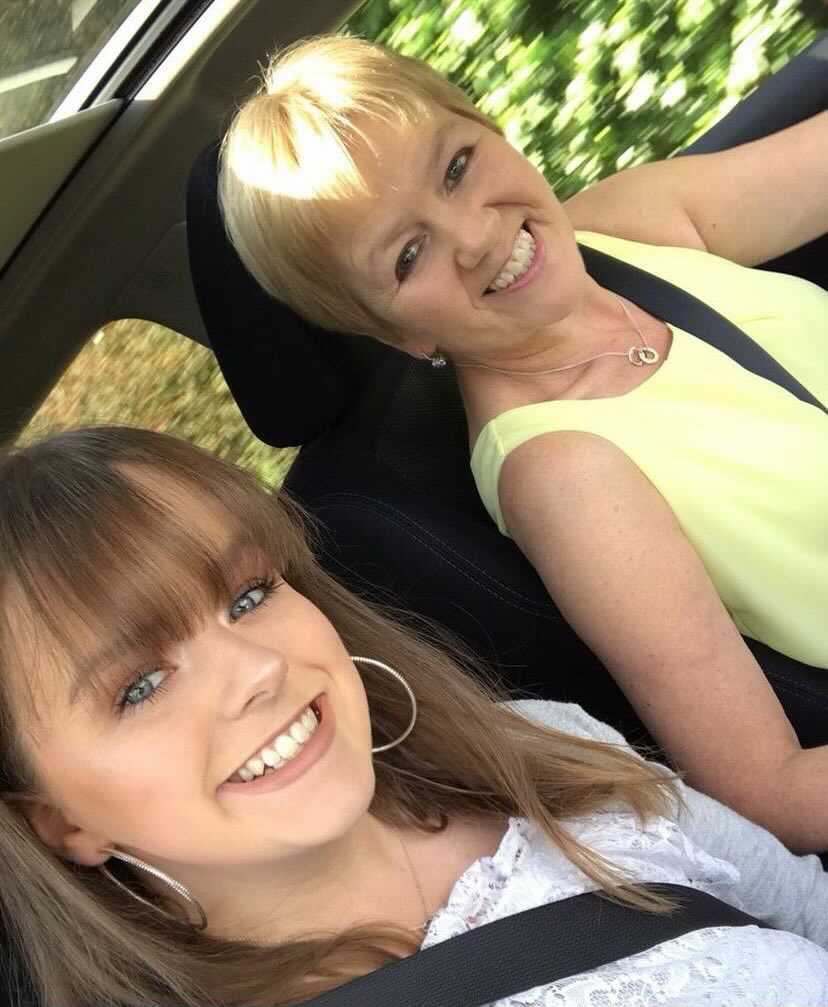 What is Raynaud’s disease?

RAYNAUD’S disease is a condition that affects your circulation — and can leave you with discoloured fingers and toes.

It is common and doesn't usually cause any severe problems — bit it can sometimes be a sign of something more serious.

You can often treat the symptoms yourself by keeping warm.

Some people also find their ears, nose, lips or nipples are affected.

The symptoms of Raynaud's may last from a few minutes to a few hours.

You should see a doctor if the problem is persistent or getting worse.

A usual flare up will mean that Monica’s two middle fingers are affected but sometimes it can affect all five on one hand.

Julie said: "When that happens, it's awful because she can’t do much until the throbbing stops."

After sharing the post Julie received messages and comments from thousands of people saying that they suffer from the same condition.

One user wrote: "I feel like I’ve found my family on this thread, Raynaud's is very annoying”.

Another added: "Every bloody time I go outside this happens and it also happens in my feet".

Julie said she has been shocked by the response and said her mum has now become a local celebrity because of the post.

She said: "A lot of people have replied with their own experience with Raynaud's and the post took off from there. 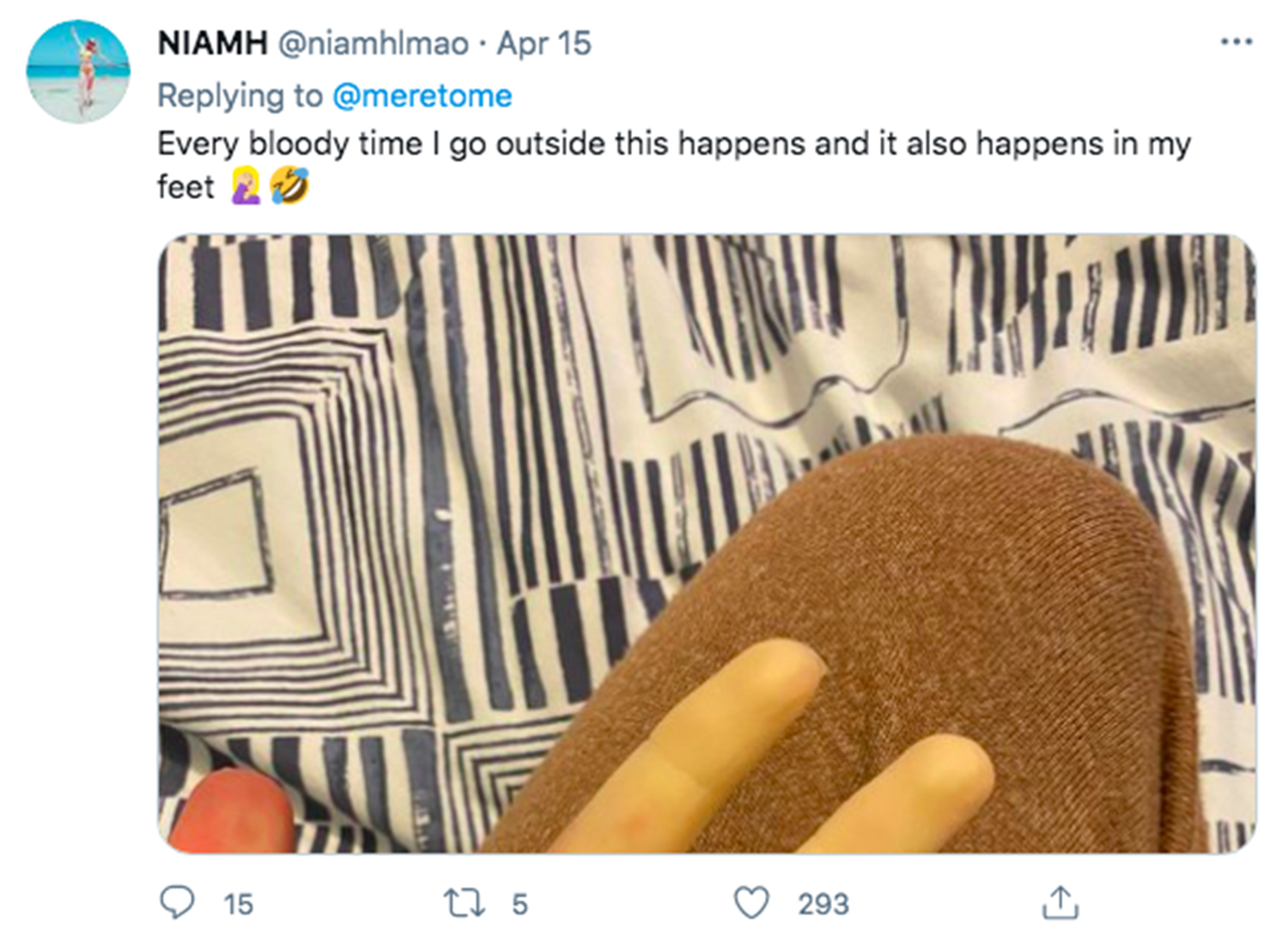 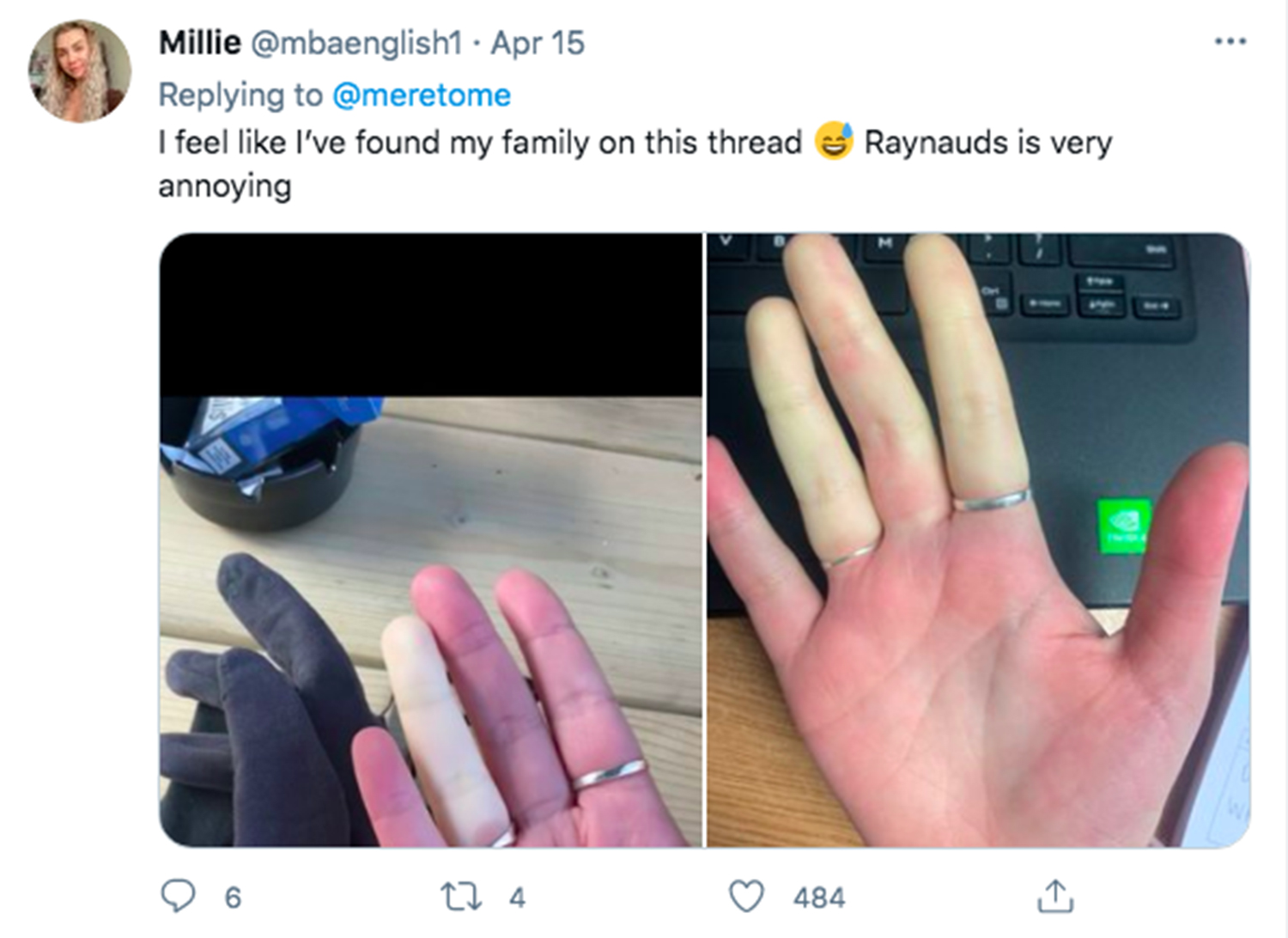 "Safe to say my mum is more shocked than I am, she’s not too familiar with Twitter but when I said it got over 30,000 likes her jaw more or less hit the floor.

“She’s had so many people come up to her in our local town saying her weird fingers are famous!”

Julie added that her mum has previously been to the doctor before and is on medication for when the condition gets bad.

She assured people that the GP told her mum that there is “nothing to worry about”.