Home » Fashion » My abusive ex made me get tattoo of his name before strangling me – I’ve struggled to move on, says Teen Mom UK star

My abusive ex made me get tattoo of his name before strangling me – I’ve struggled to move on, says Teen Mom UK star

MUM-OF-ONE Mia Boardman feared she'd never see her daughter again when her jealous ex-lover pinned her to the floor and strangled her after she refused to have sex with him.

Christopher Brooks squeezed the neck of the former star of MTV’s Teen Mom UK so hard he left finger imprints and severe bruising. 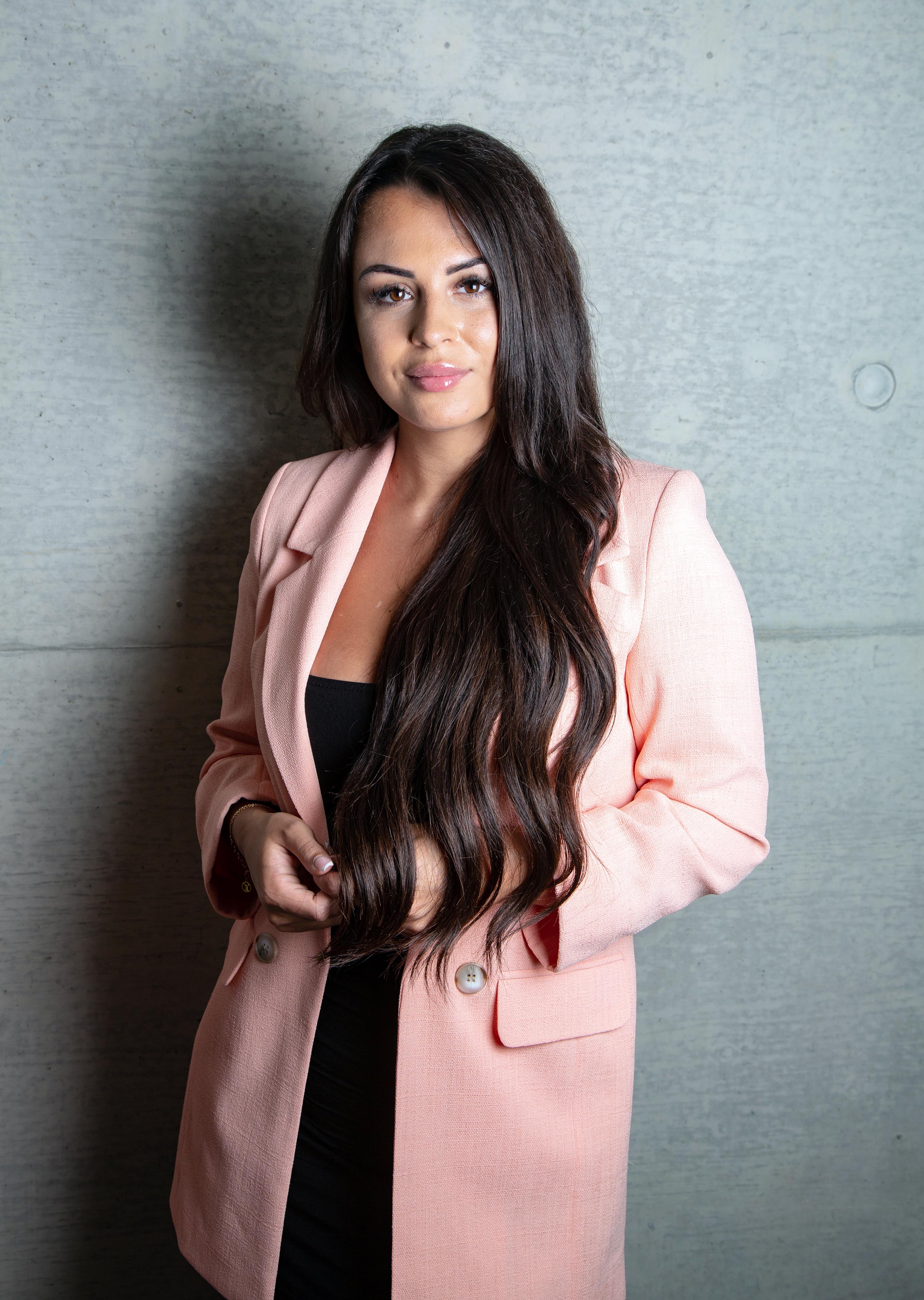 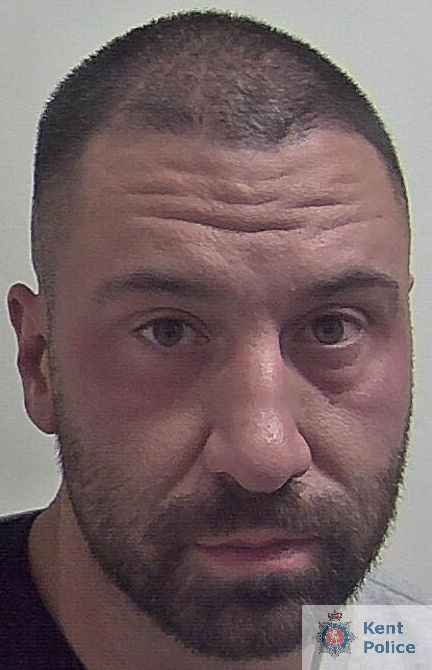 The vile attack was the culmination of 10 months of manipulation and abuse, which 25-year-old Mia says "felt like a lifetime".

The ordeal has had a devastating lasting impact on her and she's struggled to move on, despite the fact Brooks was sentenced to a year behind bars.

In a new documentary, Domestic Violence & Me: Mia’s Story, she opens up about that horrendous night, admitting she thought her ex would squeeze the life out of her.

She says: “I remember I was stood in the bedroom, he threw me to the floor and just started strangling me.

“I don’t think I’ve ever feared for my life the way I did then.

Forced to get tattoo of his initials

Mia met Brooks through a dating app in January 2019.

"I got a manly vibe from him and saw him all the time," she recalls. "It felt like a luxury lifestyle, we had the best dinners, went to the best bars, I loved it."

Looking back, Mia says Brooks was trying to control her "from the very start".

"He would tell me what to wear and what not to wear, and my logic would be, 'Oh, he loves me, why would he want any other man seeing his girlfriend's body?'" she explains.

Brooks – who was jailed for a year in March – even ordered Mia to get a tattoo of his initials, then complained "you can't even see it, it's tiny" when he saw the finished result on her arm.

Mia kept the true nature of her relationship with Brooks a secret from those closest to her and didn't tell them what he was really like until they broke up.

But the night he strangled her, it was her friends who came to the rescue.

In the documentary, Mia's friend explains how she had 53 missed calls from her pal after the incident.

“I remember walking into your house, and you were curled up in a ball in the corner of the kitchen with your hands on your face,” she says to Mia.

“I immediately saw the massive mark on the corner of your neck.”

She adds: “It could’ve gone a different way. You may not have been here telling us what happened.”

Over time the physical marks on Mia’s body disappeared, but her mental health was in tatters.

“I would genuinely rather have been strangled 10 times over than deal with the emotional abuse I received,” says Mia.

“The scars on my neck healed. It was scary. It hurt. But that had nothing on the emotional side of it.”

Speaking exclusively to The Sun, Mia explains how even now, when she feels like she’s “starting to move forward with her mental health” her mind will pull her back to the night of the attack.

“Sometimes I pinch myself because I feel like I’m back there,” she tells us.

“It's easy to get into day-to-day life, but I still get messages every day from people who’ve gone through similar experiences, and sometimes it's so overwhelming.”

In the documentary Mia goes to see a therapist for the first time, and she tells us how much speaking to a professional has helped her.

“I used to really brush my feelings under the carpet,” she explains. “But I went to therapy for the first time, which was so scary, and she told me that you can put all your emotions behind a door, but eventually that door’s going to fall open.

“And I remember that every day now.

“So now, if I’m feeling down, I allow myself to feel sad for a bit.

“I think the more you try and cover it up, the worse it gets eventually.”

'I thought I'd never see my daughter again' 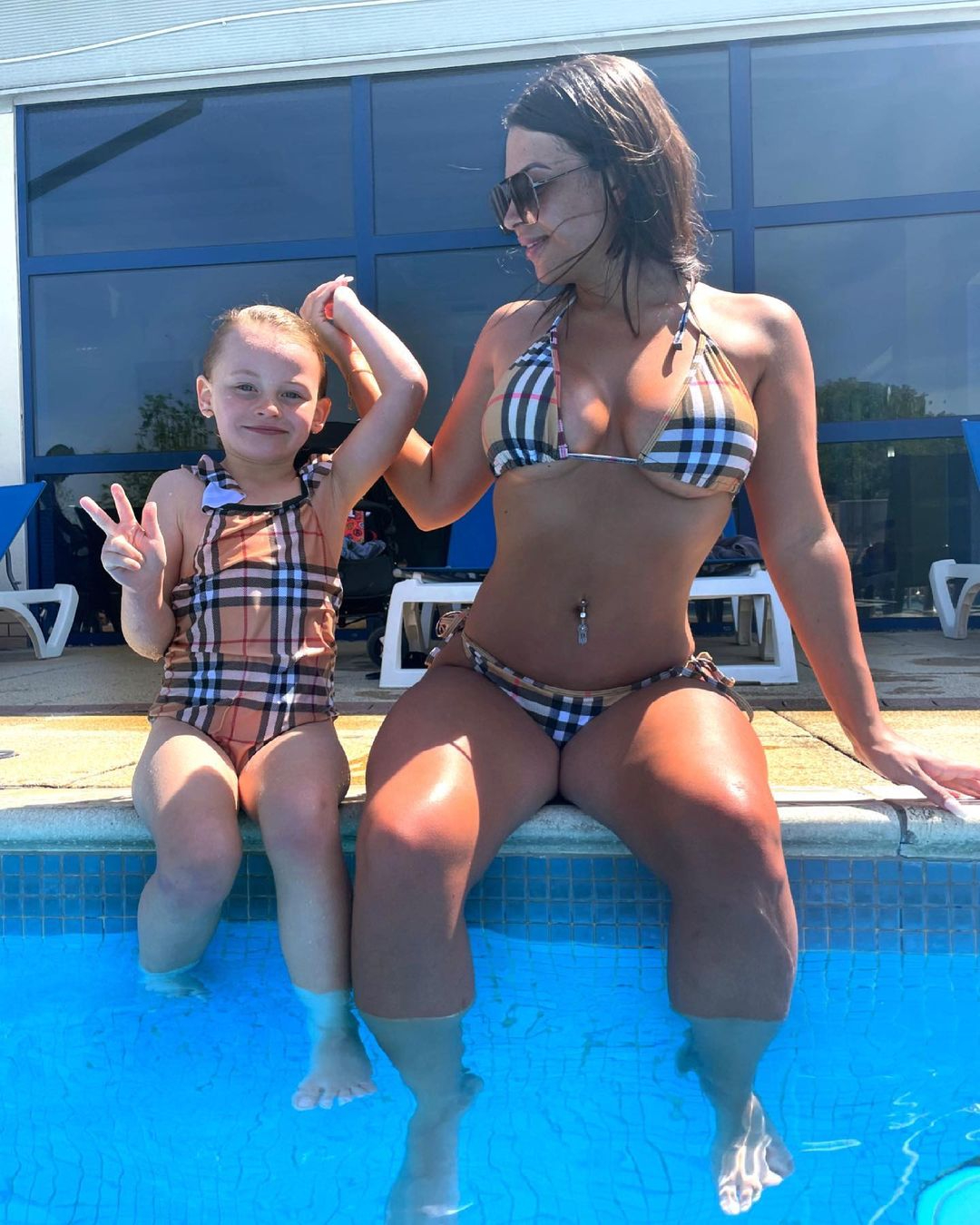 It was also Mia’s five-year-old daughter Marliya, whom she shares with her ex Manley Geddes, who helped her get through each day following the brutal attack.

“The thought that I wouldn’t be here to see Marliya grow up makes me feel sick,” she confesses.

“Everything became about Marliya and keeping her safe.

“She became my priority. There’s no one in this world I love more than her.”

She continues: “I look at life differently now. I think before I looked at life very baby pink, like everything's just great.

“But when something happens to you like that, it does change your perspective on life, and she is there to remind me that life's good.

“She's my reason for everything.”

Marliya was part of the reason Mia decided to make her new documentary, which airs on MTV this Wednesday.

“For a long time I always thought I'd shield her from all of it,” she tells us.

“But I look at her and I think, 'I never want her to go through anything like that,' but if anything ever happened to her, I want her to know that she shouldn’t be ashamed and there’s so many people that can help.

I look at life differently now… when something happens to you like that, it does change your perspective

“More and more women are speaking up now, and I want to teach her to be very open and help her understand the signs and the red flags.”

In the TV show, Mia meets with the sister of a domestic violence victim who eventually took her own life due to the trauma, as well as a man who sought help after regularly beating his partner.

She also visits the Northamptonshire Domestic Abuse Service, a charity for which she’s become an ambassador.

In her role, Mia has visited refuges and met six girls living there, two of whom have children.

“I think I cried for the whole day but it showed me the real devastating impact abuse can have on people’s lives,” she says.

“I've learned so much, but I think it's overwhelmed me to realise how big the problem is.”

Elsewhere in the documentary, Mia and her friends go down to the beach and write the names of women who were killed as a result of domestic violence on stones.

Mia says her pals have helped her through tough times more than anyone else.

“They’re literally my rock,” she tells us. “More than my family, I’d say, because I feel like I can speak to my friends more than I could speak to my family about certain topics.

“And they were the ones to pick me back up again, and tell me everything was going to be okay.

“Even if it wasn't just advice, even if they'd just ring me and say, 'Do you want to go get a drink or a coffee?' that was my biggest support.

“I don't know what I would have done without them.”

Mia is also seen getting her tattoo removed in the documentary – a tattoo her parents don't know she ever got, she tells us.

"I need it gone," she says in the TV show. "I thought it would cure all the arguments if I got it done at the time."

As she's getting it removed, she says: "I'm getting closer and closer to closure now.

"I’m so relieved my ex’s initials are nearly gone from my body. I’m moving forward and moving on."

Advice for other victims

Mia now wishes she’d just told one person before her relationship with Brooks got out of hand.

And having learnt so much throughout her journey and having read so many messages from victims of domestic violence, that would be her advice to others in the same situation as her.

She says: “Even if, for a couple months, nothing comes out of that, when you take the step to tell someone, everything will start changing.

“For me personally, I didn't tell anyone because I thought, ‘If I do, no one will like him anymore, and the relationship will end and he's sorry today for what he did yesterday'.

“But I think once you tell one person, even a close friend, the things they then start saying to you, it sticks in your mind, 'That isn't right, that isn't love, you need to leave'.

“Even if you don't take those steps straight away, it helps you more than you'd ever believe.

“Just tell one person and that is your first step to freedom."

Domestic Violence & Me: Mia’s Story airs on Wednesday at 9pm on MTV. 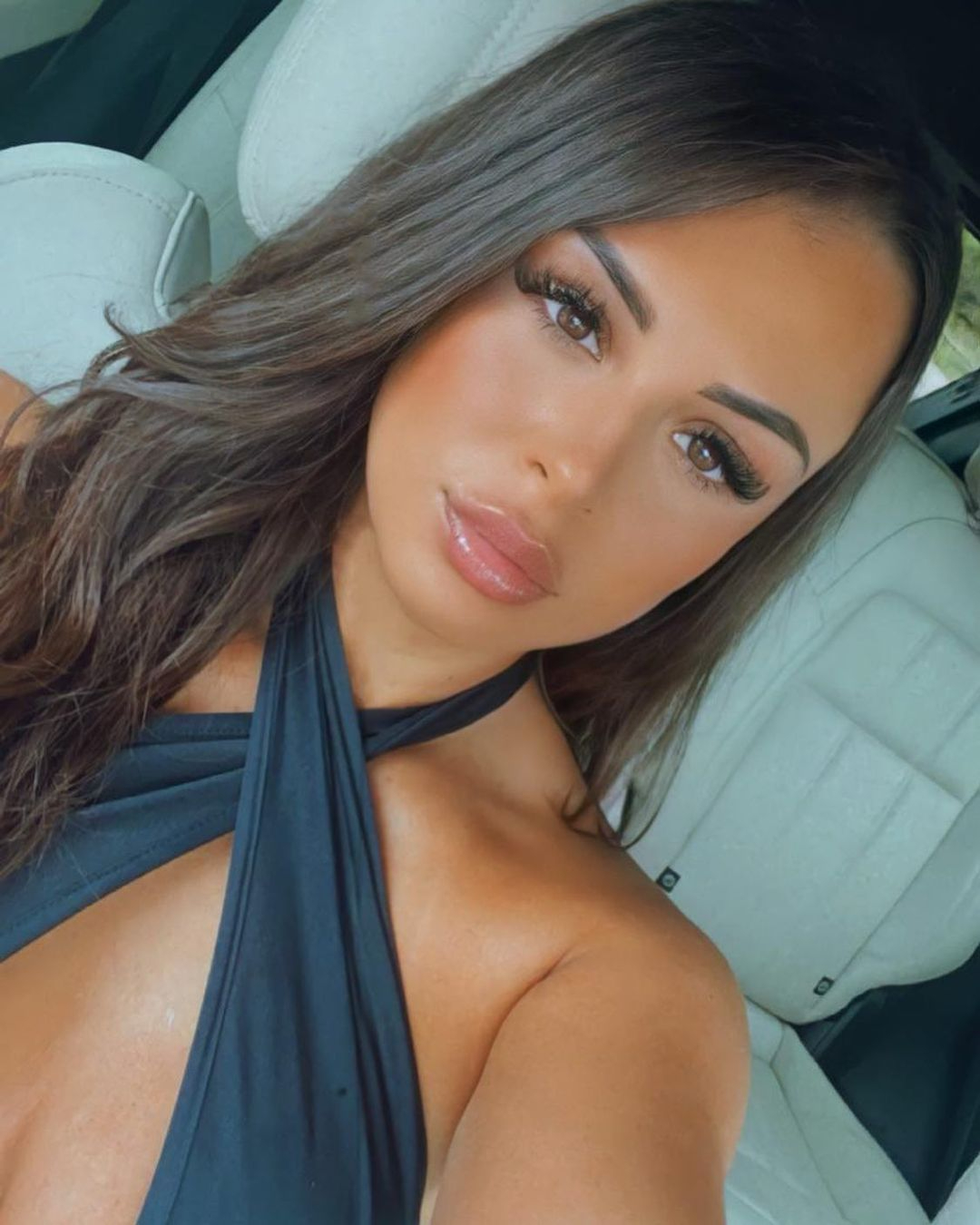 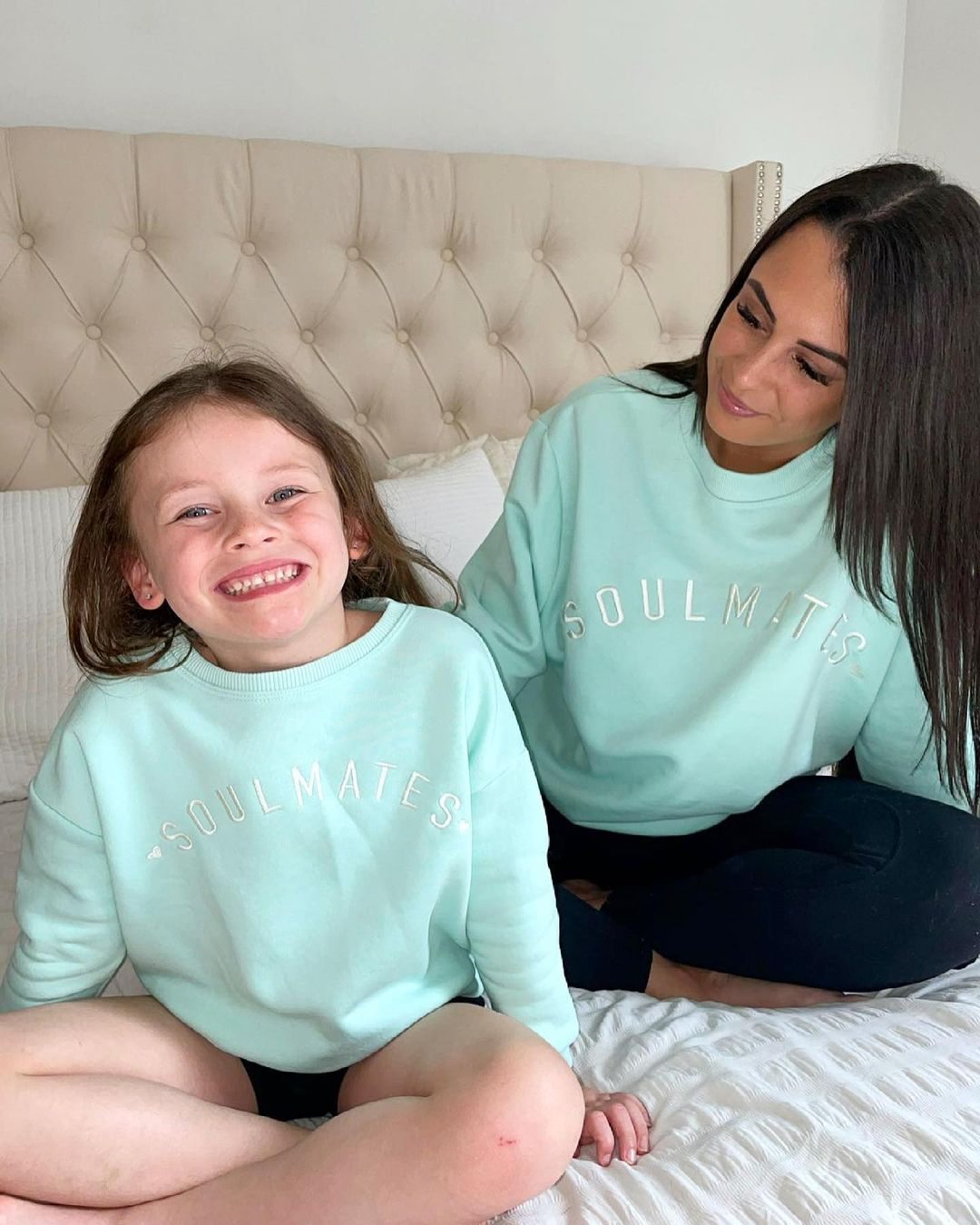 abusive, Ex, Get, made, Me, My, Tatt
World News