IT'S only natural to feel slightly on edge around your partner's parents – because let's be honest, your every move is probably being closely monitored as they weigh up if you're worthy of their child.

So when this 23-year-old TikToker was invited to have dinner with her boyfriend's mum, she thought it'd be a nice way to get to know her better – and also make a great impression, obviously. 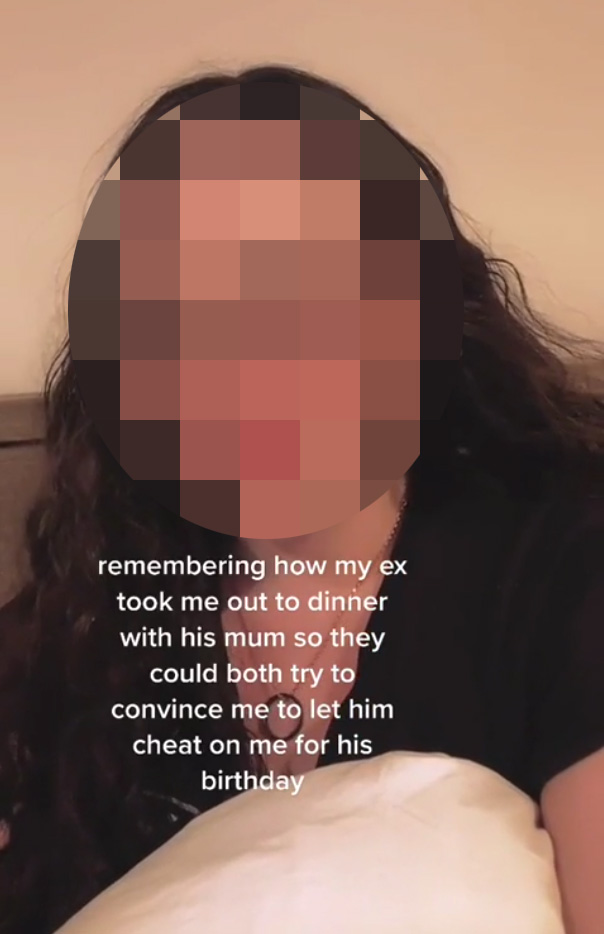 However, the evening didn't quite go as planned after it became apparent that her boyfriend and his mum were using it as an opportunity to convince her to let him cheat.

That's right – while most mothers probably wouldn't be best pleased if their teen son cheated on his girlfriend, this man's mum was actively encouraging it.

She wrote: "Remembering how my ex took me out to dinner with his mum so they could both try to convince me to let him cheat on me for his birthday."

In a follow-up video, the woman explained how she was just 15 years old at the time and her boyfriend had only recently reconnected with his mum.

As she was underage, the woman gave her blessing for her boyfriend to go out clubbing with his mates to celebrate his upcoming 18th birthday.

Describing how it came up in conversation, she said: "He and his mum had obviously spoken about this before because they were very much on the same page.

"[His mum] was like, 'well he wants to have the full club experience […] and hook up with girls and take girls home.'"

Naturally, the first thing that jumped into the woman's head was that her ex must have been breaking up with her… in front of his mum and her boyfriend.

She continued: "No he just wanted my permission for him to cheat at the clubs. 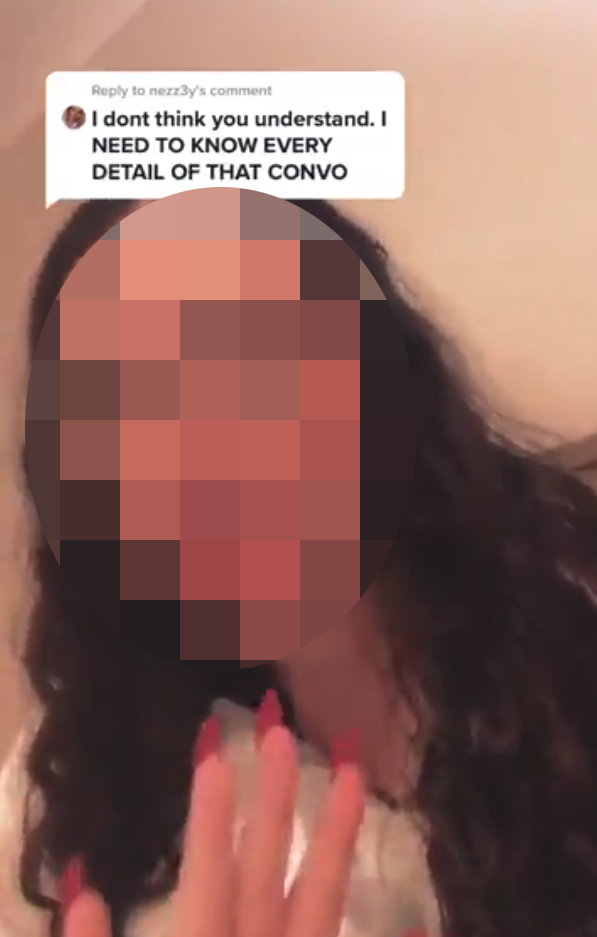 Trying to reach a "compromise", the mum then suggested the girlfriend only allow it "just for his birthday" – which needless to say, she refused to agree to.

She continued: "He was annoyed at me when we went home because I'd embarrassed him in front of his mum and all that.

"But I do want you to know, he was ALREADY cheating one me. Like a lot.

"And he continued to cheat on me after this so I don't know why he was so set on getting my permission about the clubs."

Unsurprisingly, viewers were quick to reassure the woman that she'd done the right thing by standing her ground.

One replied: "The amount of red flags in this story is truly astronomical."

Another added: "PSA: You don't have to cheat to have fun!!"

Meanwhile, a third joked: "My jaw dropped. WHAT IN THE MISOGYNY?!"

For more relationship stories, this woman proudly showed off the engagement ring that was ‘bigger than she wanted’ & everyone is saying the same thing.

And this is the cheating capital of the UK – see if your town is on the list.

Plus this man shamed his date for paying for their meal with coins and got absolutely savaged.

boyfriend, dinne, For, Me, My, took
World News