A WOMAN has been slammed after she revealed that her family is selling her sister’s furniture because she’s been expelled.

Posting an advert for the little girl’s chest of drawers on Facebook Marketplace, the sister explained why they were flogging her furniture. 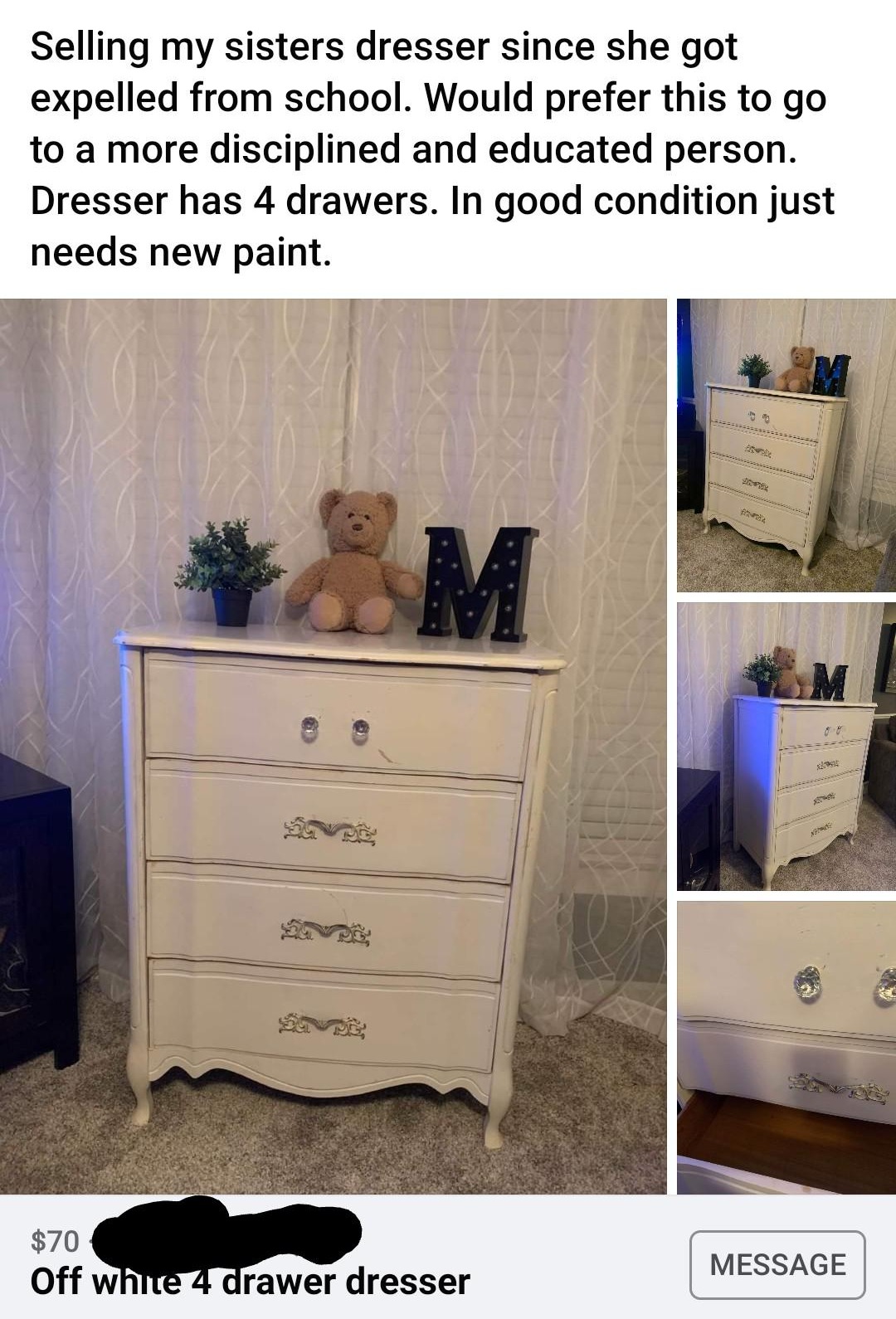 She wrote: “Selling my sister’s dresser since she got expelled from school.

“Would prefer this to go to a more disciplined and educated person.”

She goes on to explain that the dresser is in good condition and simply needs a lick of paint to update it.

The advert has since been shared on Reddit where users have been left outraged by the bizarre punishment.

Commenting on the post, one wrote: “This is just petty sibling rivalry.”

“The fact that parents would do this,” added another. 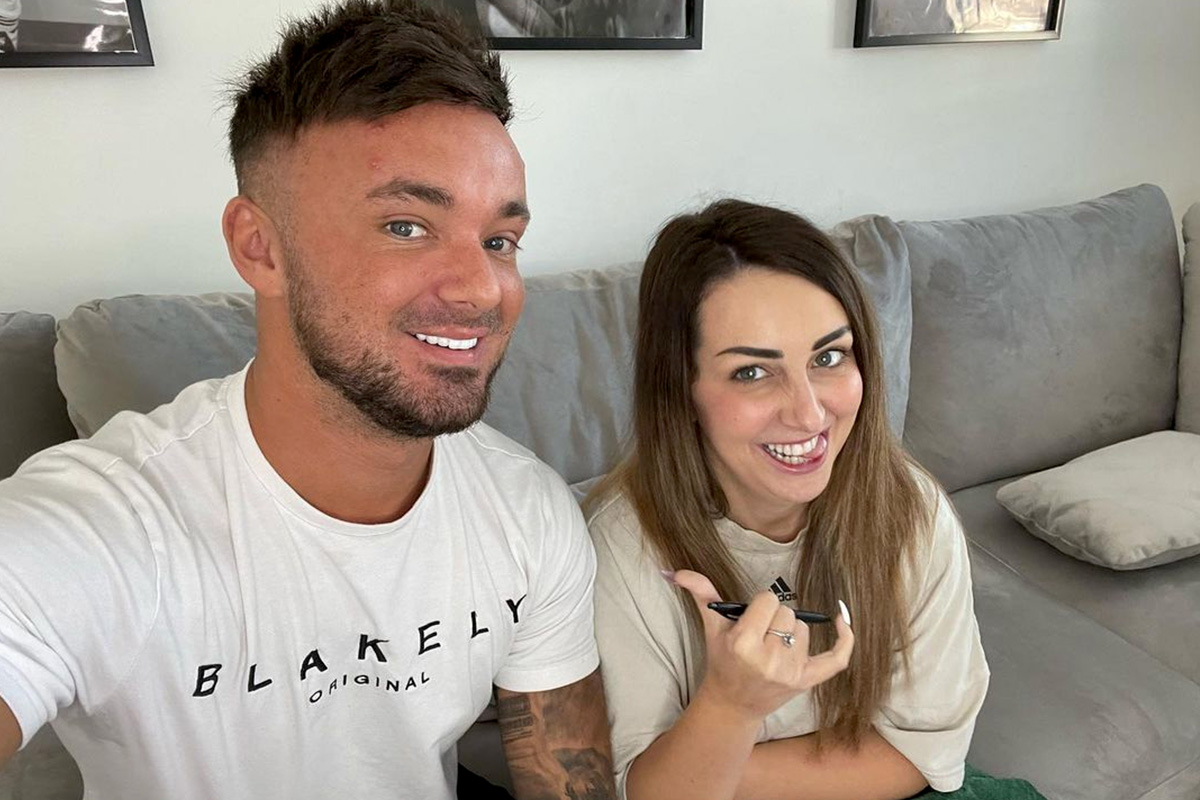 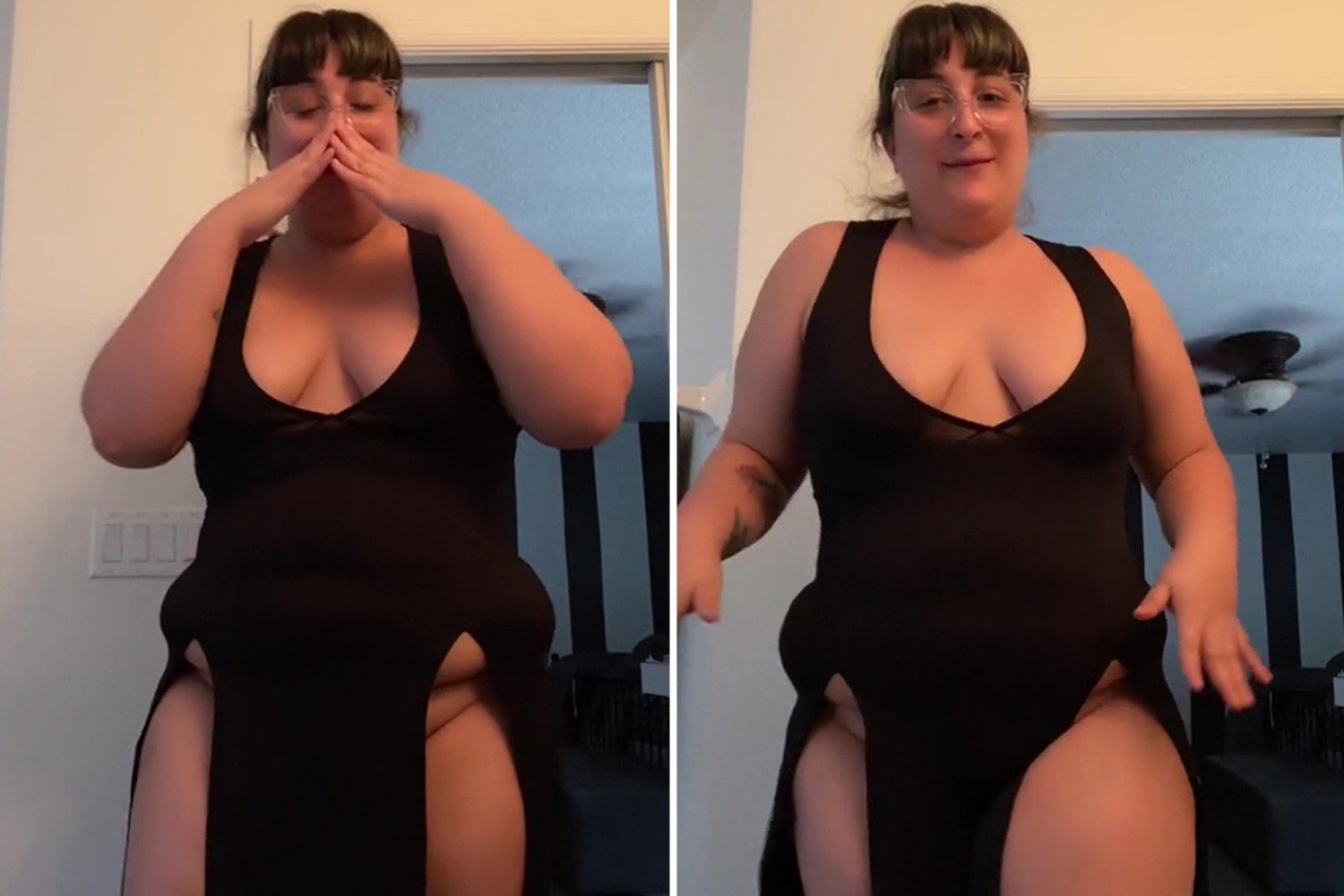 Woman mortified after ‘cute’ dress she bought online covers nothing

Meanwhile others revealed that they had been victims of similar punishments when they were younger.

One wrote: “Sadly, I can relate. I failed gr 10 math and for punishment my parents took everything out of my room except for my clothes.”

A second revealed: “Yeah my mom did that too.”

For more parenting stories, a mum said she picked the perfect baby name but trolls say her son will be bullied for life.

And a mum of FIVE kids under five & people always want to know what my bedtime routine is like…(prepare to be exhausted).

Meanwhile, a mum-of-three says her kids have the same birthday.