More than a hundred of the best-known clothing companies in Australia aren’t paying the workers who make their clothes enough money to afford the basics of human life on a living wage, despite the growing efforts from the fashion industry and consumers to make more ethical choices.

A new ethical fashion report that surveyed 120 companies operating in Australia found just one in 10 paid workers in some or all of their factories a “living wage”. Brands that scored a zero in the field included Industrie, Novo Shoes, Nine West, Wittner, Windsor Smith, Sheike and Shein. Companies making “good” progress towards living wages include Nobody Denim, and those making “some” progress include Kmart, Country Road, Cue and Nudie Jeans Co. 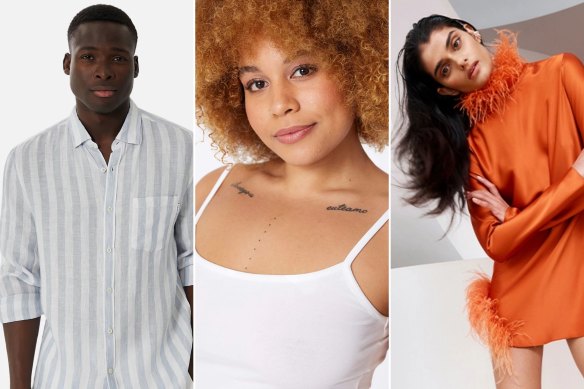 Who’s paying factory workers a living wage? Of these three, only Mighty Good Basics (centre), according to a new report.

One of the report’s co-authors, Baptist World Aid corporate advocacy lead Sarah Knop, said while companies showed some improvement in several areas of clothing production, “for garment workers, earning a living wage has been a lifelong struggle we are failing to make progress on”.

A living wage, which varies by region and is measured by a number of internationally recognised standards, covers what a worker needs for food, housing, healthcare and clothing, as well as some discretionary income. It is not a minimum wage, which Knop said can be as little as half of “what a worker actually needs to survive”.

“Calls by shoppers for greater transparency around this issue are increasing … but, unfortunately, it’s just not on the agenda for some companies,” Knop said.

Workers earning a living wage were more productive, were less likely to leave for better-paying work and were healthier, while those who earn less are under greater pressure to work overtime or pull their children out of school to work, Knop said. 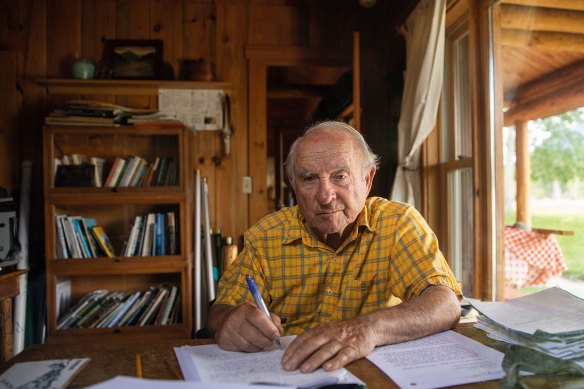 The report, which awarded scores out of 100, assessed companies on issues such as workers’ rights, environmental sustainability, and corporate governance.

Perhaps more surprising is the inclusion of Inditex, owner of fast-fashion giant Zara, in the top five.

Knop explains that although fast-fashion brands have “contributed to really destructive cultural change … the reality is some are doing more than others to mitigate worker exploitation”. 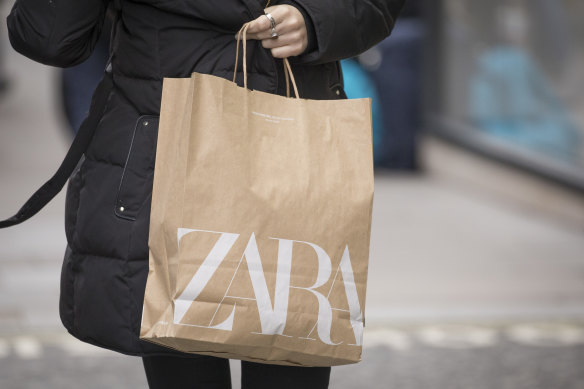 Zara ranked high on the list, despite its reputation as a fast-fashion giant.Credit:Bloomberg

She said the report focused on companies with more than $50 million annual turnover because larger employers “stand to cause the most environmental harm, but they stand to have the greatest impact if they improve their practices”.

One positive was the increased number of brands that have transparency over their final-stage factories where garments are actually made. That figure has risen to 80 per cent since the report was first published in 2013.

But given the average total score was 29 across the 120 companies surveyed, Knop said even companies that ranked in the top 20 per cent “still have a long way to go”.

“There are some good news stories, but we want to see companies escalate the pace of change,” she said. 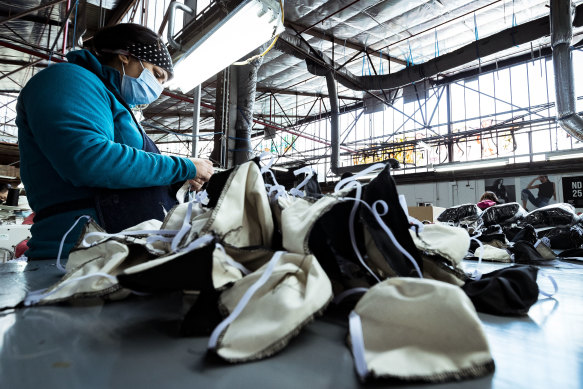 Melbourne-based Nobody Denim showed progress towards paying a living wage to its factory workers. Credit:Getty

Julie Boulton, a sustainability strategist at the Monash Sustainable Development Institute, said metrics such as the Ethical Fashion Report are “immensely valuable for drawing attention to the issue”. She said a vast number of people still aren’t habitually thinking about where their clothes come from.

“We know we’re producing and consuming [goods] at rates far too high for what the world can cope with,” said Boulton, who co-authored a report on how the fashion industry can transition to a sustainable future.

Research for the Australian Fashion Council estimates the average Australian buys 56 new items of clothing a year. However, a high proportion of that is cheap, with the average item costing just $6.50.

Tamzin Rollason, a lecturer at RMIT University’s school of fashion and textiles, says while reports such as this drive awareness of ethical fashion, she doubts they are able to change consumer behaviour.

She said more legislation is needed to create a level playing field, so consumers can shop with greater confidence. “That would mean the standards are clearly defined and … consumers don’t have to do a bunch of work every time they want to make a purchase,” she said.

Lucianne Tonti, author of Sundressed and sustainable fashion advocate, said it can be confusing “when brands operating at a fast-fashion pace rank well on reports like this”.

“Internationally, the industry has acknowledged there is a … lack of consensus on what is sustainable and ethical,” she said. “I think in the coming years we will get more clarity and hopefully figure out a way forward. Until then consumers should approach all sustainable claims with discernment.”