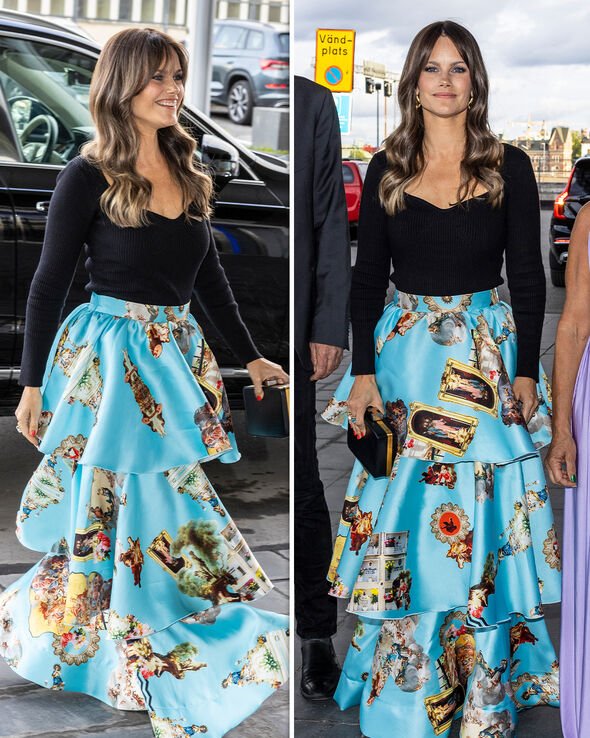 Princess Sofia, the wife of Prince Carl Philip of Sweden, looked very chic donning a statement skirt to attend the Funkisfestivalen which takes place in Stockholm, Sweden, every year.

Princess Sofia donned a black long-sleeve top from By Malina which she combined with a stylish long skirt.

The ruffle skirt from maxjenny! is the Sicily Light Blue Triple Skirt design and retails for 840 euros, around £726.

The chic blue skirt, which features a baroque print, is described on the designer’s website as an “amazing skirt made specifically to take over the event, just totally”.

“It’s long, it’s triple layered, it’s pink, it’s great, it’s fab, it’s crazy cool! The skirt is made in our lovely silky woven viscose with three skirts on top of each other, equipped with an inner lining for best comfort and an invisible zipper at back.” 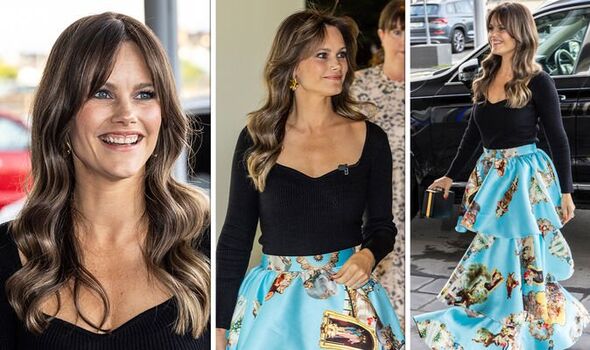 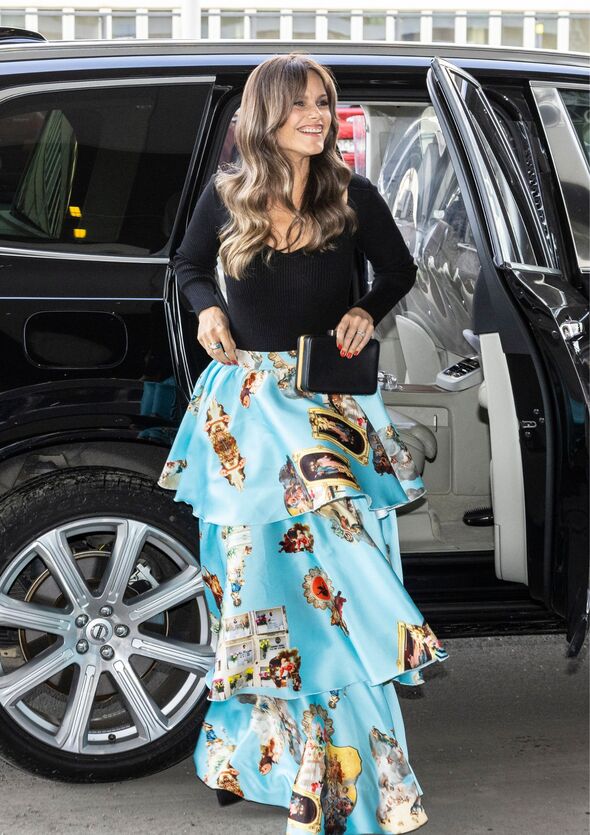 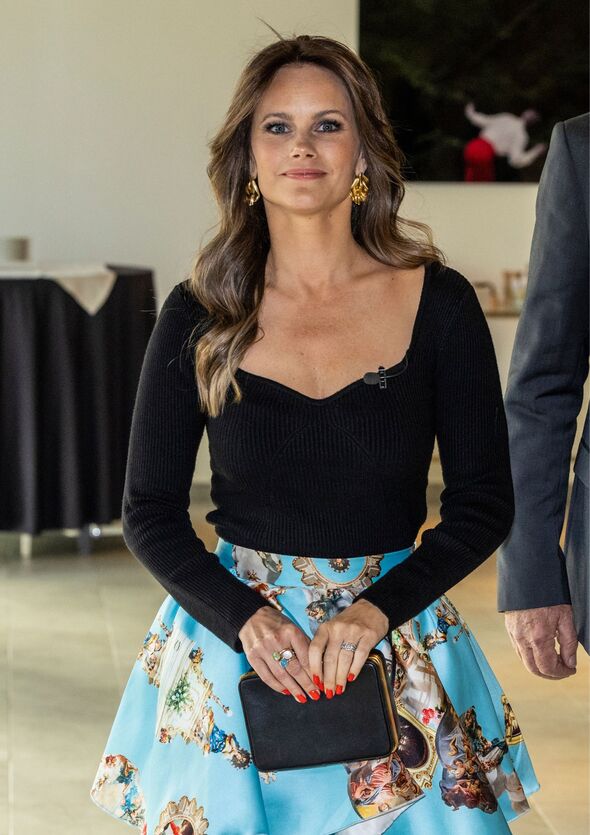 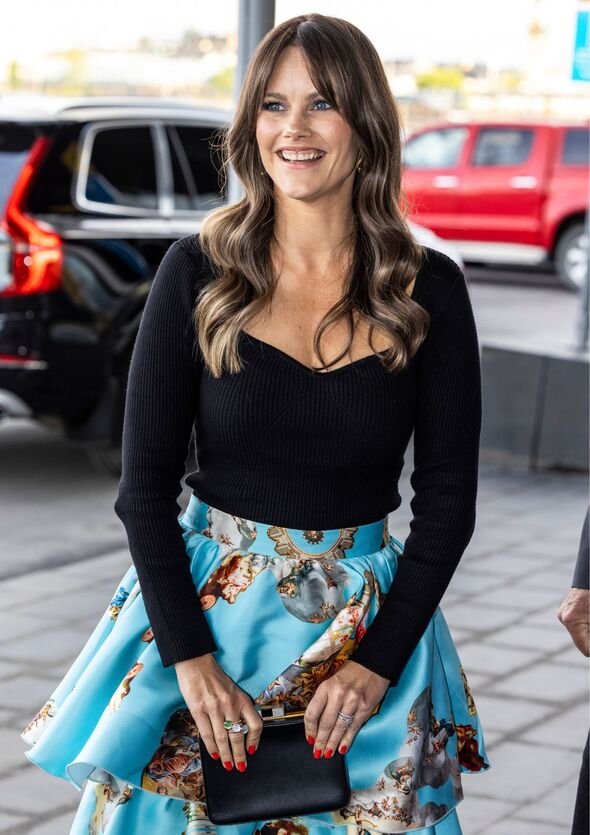 Princess Sofia finished her look with a black and gold clutch bag from SUSAN SZATMÁRY and black suede pumps by Swedish designer Stinaa.j.

She was also spotted donning a third maxi ring from the same jewellery brand: the Mini Sweety Ring in London Blue Topaz.

Princess Sofia looked stunning but broke the royal protocol to attend the festival as she wore red nail polish. Despite being a casual event, the royal protocol reportedly states that female members of the Royal Family are only allowed to use nude or neutral colours.

Daena Borrowman, a marketing manager at jewellerybox told Express.co.uk: “Royal women are not permitted to wear bright or dark nail paint on their fingernails. Only nude shades, sheer whites and light pinks are allowed.”

“It’s a super-classic, clean look. It looks timeless and royal-appropriate. While we’ve all heard rumours of rules, I know royal nails are always pretty, polished, and perfectly manicured.”

Royal fans, however, loved Princess Sofia’s look and praised her stylish and fun outfit on social media with @unc94gal saying: “Sofia rocked it!” 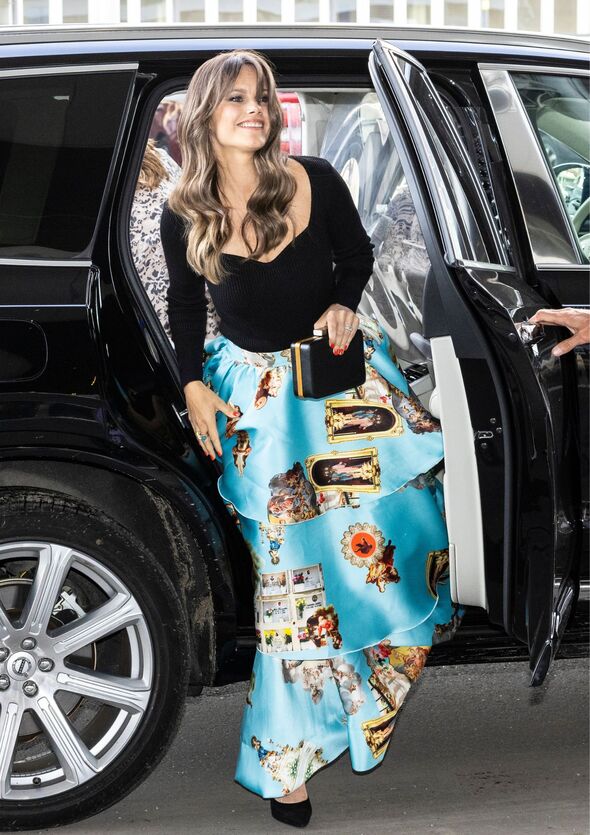 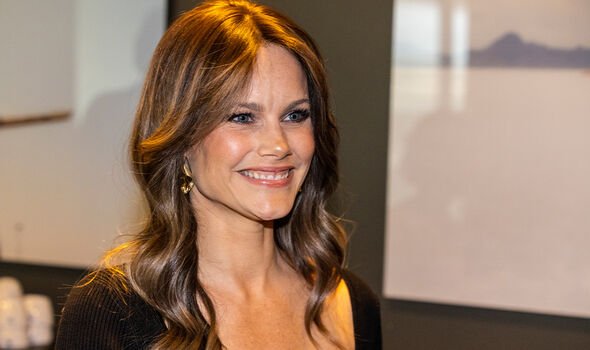 Another royal fan, @hazelthabethe1, added: “I absolutely love this look on her, usually we see Crown Princess Victoria with bright skirts so it is wonderful to see her wear something different.”

Princess Sofia, 37, was a model and reality television contestant before she married Prince Carl Philip and joined the Swedish Royal Family.

Princess Sofia and Prince Carl Philip reportedly met at a nightclub after being introduced by mutual friends. The couple later described the meeting as “love at first sight”.

In 2010, the Swedish Royal Court confirmed the relationship and in 2011, the couple moved in together in Djurgården Palace, in Stockholm.

Princess Sofia and Prince Carl Philip announced their engagement in 2014 and married at Slottskyrkan in Stockholm the following year.