The Queen has turned time and again to Queen Alexandra’s Kokoshnik Tiara when she needs to add a touch of glamour to an ensemble. A family heirloom, the tiara was created in the 19th Century and was a firm favourite of Alexandra and her daughter-in-law Queen Mary.

Queen Alexandra’s Kokoshnik Tiara, as the name suggests, is based on the “kokoshnik”, a traditional Russian headdress.

The style gained momentum in Western courts, and the British Royal Family were firm fans.

Queen Alexandra was thought to have requested a tiara similar to the one owned by her sister, Empress Maria Feodorovna of Russia.

And like many of the jewels in the Queen’s collection, Queen Alexandra’s Kokoshnik Tiara has transformable qualities.

Queen Alexandra’s Kokoshnik Tiara, as the name suggests, is based on the ‘kokoshnik’, a traditional Russian headdress.

The style gained momentum in Western courts, and the British Royal Family were firm fans.

Queen Alexandra was thought to have requested a tiara similar to the one owned by her sister, Empress Maria Feodorovna of Russia. 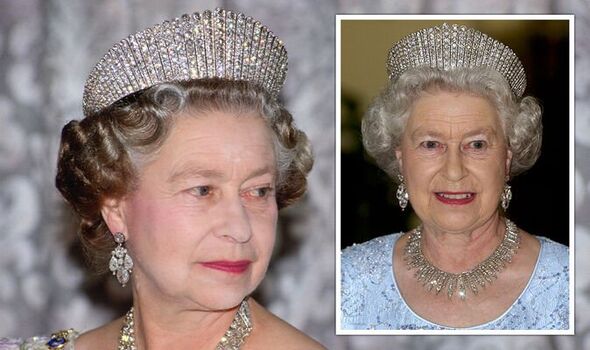 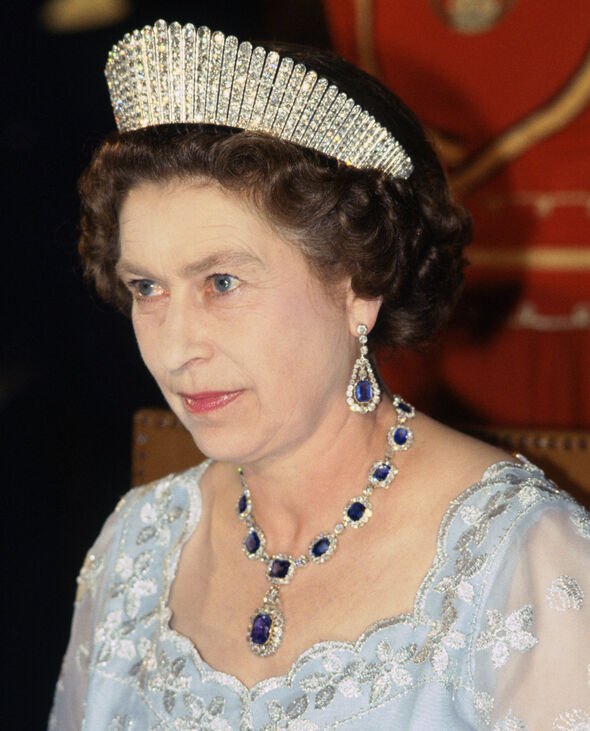 The Royal Collection Trust explained: “The perfect matching of the diamonds in each of the 61 bars which form the tiara required tremendous skill by the jewellers, Garrard’s.

“The tiara was presented to Queen Alexandra, when Princess of Wales, for her 25th wedding anniversary in 1888 by the ‘Ladies of Society’ (365 peeresses of the United Kingdom). The tiara can also be worn as a necklace.”

According to Royal Central, the stunning piece is encrusted with 488 glistening diamonds.

The jewel got perhaps its most famous outing in 1893 when Alexandra wore it to the wedding of her son the future King George V and Queen Mary.

The Queen has also worn it on countless occasions since she inherited it upon Queen Mary’s death in 1953.

Queen Alexandra’s Kokoshnik Tiara is lauded as one of the royal collection’s most timeless pieces.

The fringe style makes many appearances in the royal jewellery collection, and Queen Mary commissioned a similar tiara in the early 1900s.

Queen Mary’s Fringe Tiara is instantly recognisable as the tiara worn by the future Queen Elizabeth II when she married the Duke of Edinburgh in 1947. 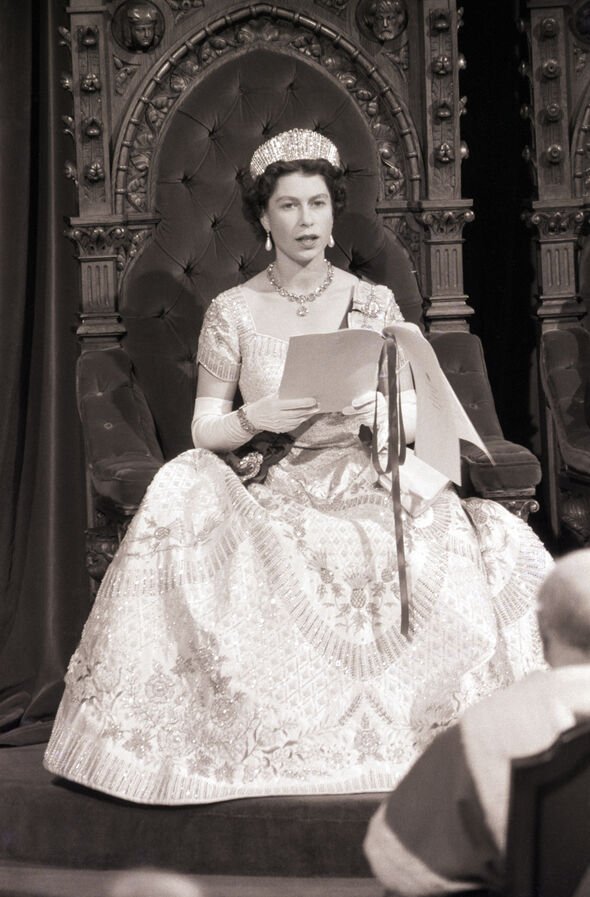 Famously, the tiara snapped when the bride was getting ready to walk down the aisle.

Amid the ensuing panic, the Queen Mother reportedly uttered the words: “We have two hours and there are other tiaras.”

Fortunately, the tiara was quickly mended by the royal jeweller and looked perfect in photographs from the big day. 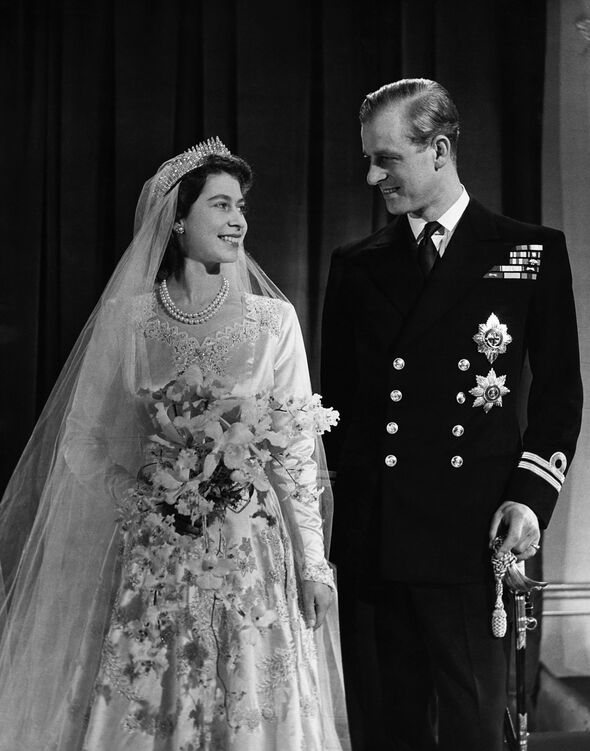 This tiara actually started off as a necklace which had been gifted to Mary by Queen Victoria for her wedding in 1893.

The tiara has been worn by three generations of royal women on their wedding days.

After the Queen, Princess Anne wore it when she married Captain Mark Phillips in 1973, and Princess Beatrice also wore it to her wedding to Edoardo Mapelli Mozzi in 2020.