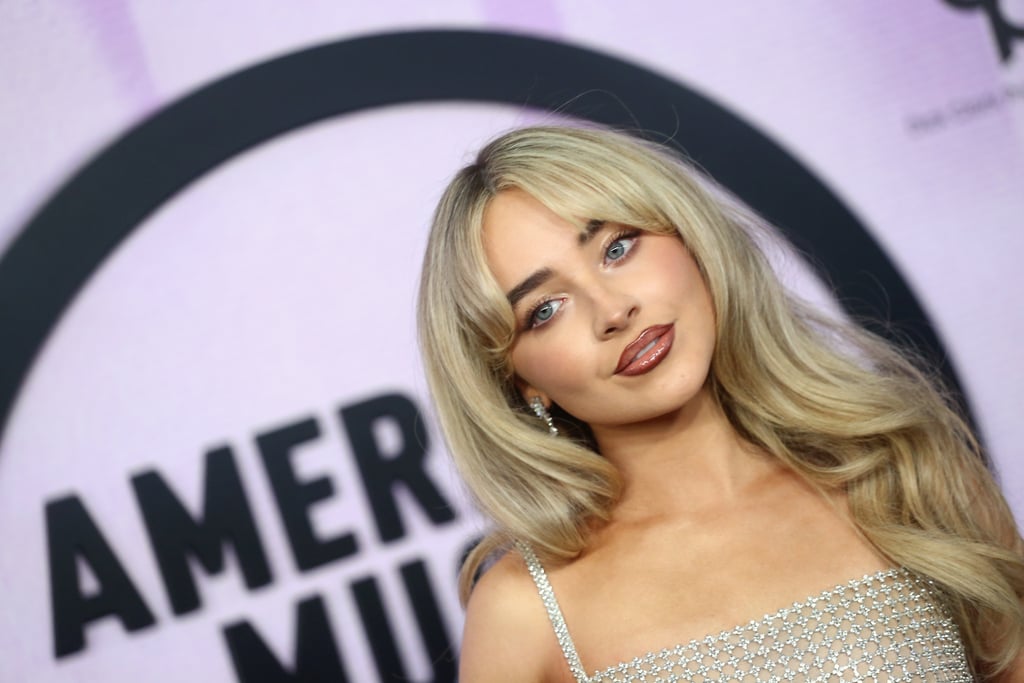 Sabrina Carpenter is ready to dance in a disco fringe set at the 2022 American Music Awards in Los Angeles. The singer stepped out onto the red carpet at the Nov. 20 award show wearing a matching bra top and miniskirt covered in crystals.

The two-piece set by Oscar de la Renta brought classic fringe up a notch with countless crystal strands dangling from mesh layered over nude undergarments. Though the crystals look like diamonds from afar, they’re actually shaped more like flowers if you take a closer look. Apparently Carpenter’s cat was also interested in the simultaneously futuristic and Roaring Twenties-inspired gown: in an ABC red carpet interview, Carpenter said her cat ate one of the beads from her dress.

Jason Bolden and John Mumblo, who also previously styled Carpenter for the MTV Video Music Awards in August, helped the singer complete the festive look. To complete the outfit, Carpenter wore silver stilettos and kept her jewelry simple, opting for a diamond tennis bracelet and diamond ring from Wempe NYC. Together, this stunning, silver outfit looked like a futuristic take on the flapper dress.

Keep scrolling for a closer look at Carpenter on the red carpet of the AMAs.