IF money were no object, we'd have a spa-worthy bathroom complete with a waterfall shower and a TV above the tub – but until we win the lottery, we're making do with our lacklustre loos.

That said, one savvy woman has revealed how she transformed her otherwise ordinary lav into the bathroom of her dreams thanks to some stellar eBay & Poundland bargains. 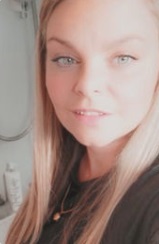 Speaking to Latest Deals, Lisa-Marie Hibbs, 33 from Colchester, explained how the dramatic transformation of her mum's old loo only set her back £100.

"After my mum died, I took over the tenancy on her house. I needed to change it dramatically as all it had was memories and it didn’t feel like my home," she explained.

As she worked her way through each room in the house, Lisa-Marie says she kept returning to the colour grey – which is how she settled on the theme for the bathroom.

Before she got stuck in, the walls were mostly covered in white tiles except for a few splashes of black which ran round the middle of the room. 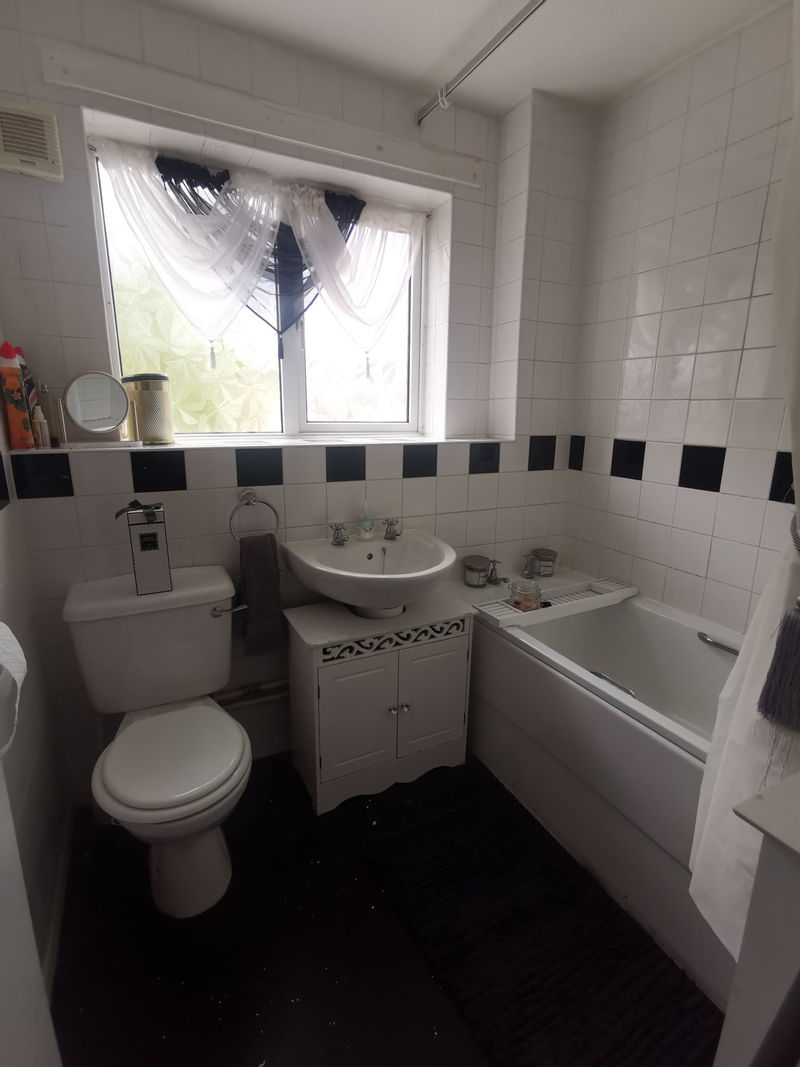 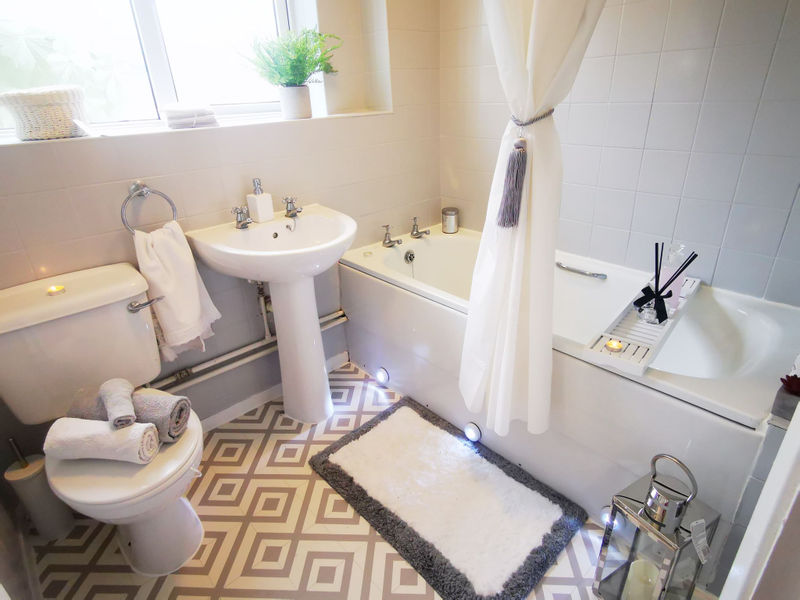 But as she didn't have the budget to rip it out and start again, Lisa-Marie decided to cover them in V33 soft grey tile paint – which she bagged for £36 in B&Q.

She added: "Once I was home I scrubbed the tiles down thoroughly – as the bathroom is covered in tiles from floor to ceiling, it took six hours to clean."

Kicking off the epic job, the DIY fan started by painting the grout grey and then going over the tiles with a foam roller – but it did mean she couldn't shower for 24 hours while it dried.

In order to make the room a bit brighter, Lisa-Marie then covered the dark flooring with some geometric lino that she'd bought from eBay for £30. 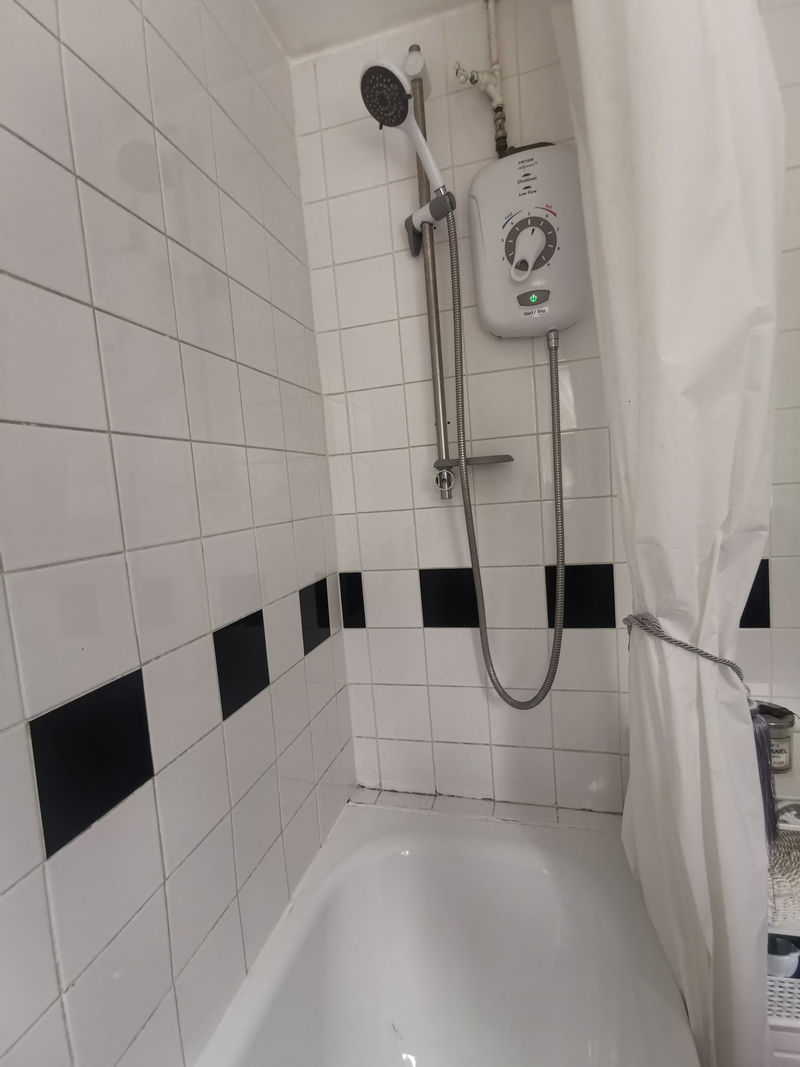 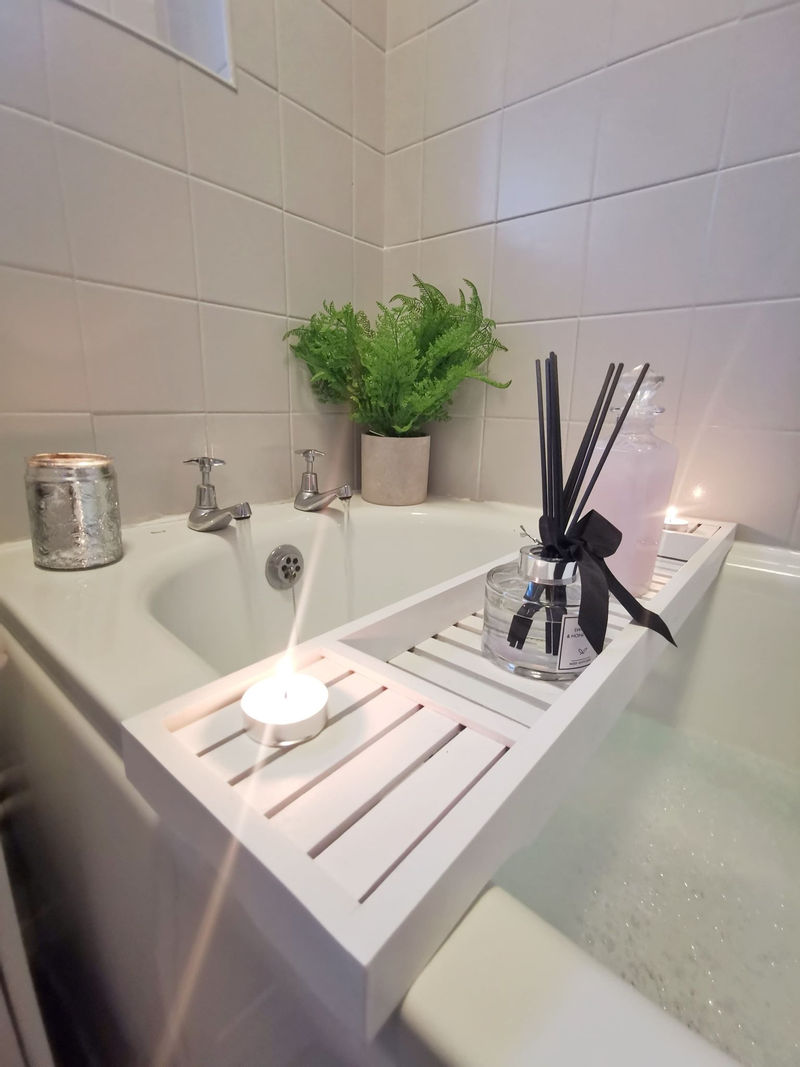 To finish off, Lisa-Marie added some decorative pieces she picked up from Home Bargains, Poundland and Shein.

She continued: "The lights are stick-on and battery operated, priced at just £1.50 each from Shein. The towels were easy to switch out as I already had them.

"I purchased the two lanterns from Home Bargains – the big one was £15 and the medium one was £9.99. The fake candles are from Poundland and cost £1 each.

"In total I only spent £97.50 on the entire room transformation, including the paint, lino and decorations."

For more amazing home transformations, Stacey Solomon transformed Rex’s Wendy House with a lick of paint & it looks as good as an actual house.

And this woman quoted £450 for her hallway did it herself for a fraction of the price with eBay bargains.

Plus this DIY fanatic quoted £500 for new worktops gives hers a B&Q makeover for just £21.