Home » Fashion » Straight Out of the ‘Mad Men’ Era, a Furniture Designer Re-emerges

Straight Out of the ‘Mad Men’ Era, a Furniture Designer Re-emerges

At the International Furniture Fair in Milan last month, a wingback chair sat in the exhibition space of the Italian furniture company De Padova, seemingly waiting for someone in a tea-length dress to sink into it with a cocktail.

The chair, with its matching, swooping ottoman, was a revival of a 1956 piece by Paul McCobb, an American designer from the “Mad Men” era. As recently as last year, the only McCobb furniture you could find was in vintage shops and auction houses. Then the first reissues began to trickle out. Now, a half-century after his death, freshly manufactured McCobbs are flowing back to the market. 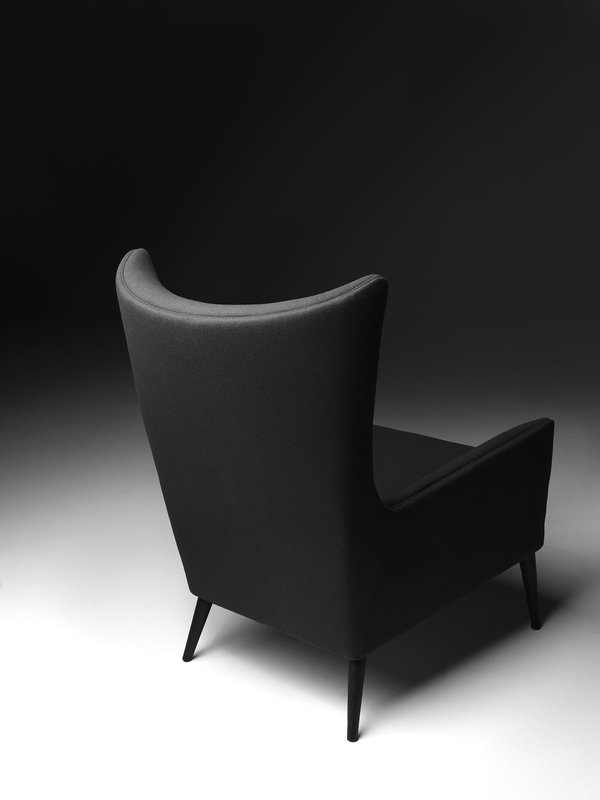 What took so long? Paul McCobb was the quintessential designer for the middle class who outfitted starter homes in postwar subdivisions as gracefully as he did the suburban colonials of law partners and business executives. His gift for producing fine quality at a reasonable price has arguably never been matched.

In his time he was as famous as Charles and Ray Eames. Maybe more so. In 1957, Bloomingdale’s showed 15 McCobb room settings, stocked with 348 designs. “We treat Paul’s furniture like sugar in the grocery store — it’s a staple,” the store’s modern furniture buyer told The New York Times that year.

Indeed, a classic 1961 Playboy Magazine photo of leading furniture designers posing with their chairs (because industrial design was actually considered sexy in those days) was supposed to have included McCobb, along with Charles Eames, George Nelson, Edward Wormley, Harry Bertoia, Eero Saarinen and Jens Risom.

“You see him in photos at the party the night before; his furniture is at the Chicago mansion,” said Jonathan Goldstein, a New York-based design historian and McCobb authority, who interviewed two of McCobb’s staff members about the event. “But the next day in the morning when it’s time to come downstairs for the shoot, he was too hung over.”

Mr. Goldstein described McCobb as charismatic, but said he believed the designer’s irascible personality, corrosive business dealings and lack of champions in the decades that followed his death at the age of 51, from complications of chronic hypertension, helped write him out of the historical record.

The turnaround came in 2016, when Form Portfolios, a Danish-American company that works with furniture manufacturers to bring back midcentury modern pieces, acquired the design rights from McCobb’s estate. At last month’s Milan fair not just McCobb’s 1956 wingback chair was on display, but also furnishings and accessories revived by the Danish companies Fritz Hansen and Karakter.

In July, Ralph Pucci in New York will reissue five McCobb pieces including the 1962 Symmetric sofa, which has curving arms and a ribbed upholstered back.

“Discovering Paul McCobb was an act of instant love mixed with wonder for his clean, linear forms and sparsely elegant designs,” Form Portfolios’s director, Anders Brun, writes in “Shapes of Paul McCobb.” Published last month by Ark Journal in Copenhagen, the book promotes what Mr. Brun describes as “the second coming” of the designer. “It felt like the excitement of hearing a new artist and thinking, ‘why is this guy still unsigned?’”

A native of suburban Boston, with strains of William Shatner and John F. Kennedy in his looks, McCobb took art classes and was self-trained as a designer. After working as a window dresser in Boston, he served briefly in the United States Army Corps of Engineers’ camouflage corps during World War II. In 1945, he set up an independent studio in New York and designed furniture, textiles and decorative objects for a mosaic of companies, including some in which he had an ownership stake.

Thunderous success came with the 1950 release of the Planner Group. The pieces, which were Shaker-simple and slim, in novel combinations of birch, maple and iron, fit the tight footprints of postwar houses and were finished in back so that they could go anywhere in a room.

Planner’s entry-level prices made it the Ikea of its time. It was the best-selling furniture collection in the United States from 1950 until 1962.

But unlike Ikea, which it never matched for affordability but far surpassed in quality, Planner stuck with its youthful consumers as they grew up and earned more. As the name intimated, buyers could start with a few pieces and later add from the group, with each acquisition slipping harmoniously into a room setting. Or they could shop from McCobb’s more expensive lines such as Directional and Widdicomb, which he upgraded with custom finishes and materials like walnut and brass.

To understand further what made McCobb a rock star, I asked two designers to join me on different trips last summer to the Gallery at 200 Lex Powered by Incollect at the New York Design Center in Manhattan. Both of my companions looked with love upon a pair of Planner night stands from 1953. The wood, iron and bamboo set had cost about $30 at the time it was released (about $286 in 2019 dollars). In the unchained vintage realm, the tables were now priced at $8,800.

Mark Goetz, who designs for Herman Miller and Bernhardt Design among other companies, praised the machine-made dovetail joints, the simple wood bracket supporting the drawer and the bamboo shelf imparting delicacy to a composition of multitextured planes. The rough welds at the iron frame corners had “a handmade quality” that McCobb was “not apologizing for, and is very direct and simple,” not to mention economical, Mr. Goetz said.

Gregory Beson, a custom furniture maker with a master’s degree in industrial design from Parsons School of Design, said of the nightstand, “This is how I would build it if I were going to make something like this.” He pointed out that the iron brace at the bottom wasn’t structurally necessary but added to the floaty feeling. And he was charmed by the drilled-out finger pulls that allowed each drawer to slide open with an easy tug, no hardware involved.

As furniture companies revive McCobb, they are tweaking the pieces to fit modern bodies and aiming at a far more affluent audience than starter homeowners. A publicist at Ralph Pucci said the new McCobb Symmetric Group sofa would be recognizable as such, but its seat cushions would be “a little more comfortable and not as much midcentury slim.” It is expected to cost $20,500. (In 1963 you could buy it for $529 at Macy’s, or about $4,395 in 2019 dollars.)

Last year, Christian Elving, the chief executive of Karakter, said that his company had to strengthen the legs on the 1952 Planner steel-legged console table to better withstand the weight of a prototype Planner-adapted drop-lid cabinet, which could be placed on top to create a desk. “Many of the original pieces are actually poorly engineered and executed for actual use,” he said. The console table is listed for 2,531 euros (about $2,820) on Karakter’s website.

McCobb fans — including collectors who outfit entire homes with his midcentury furnishings and accessories — have much to celebrate with the resurgence of their hero. But it is a reflection on modern economics and the shrinking middle class that these new pieces are destined for the homes of the elite. We are reacquainted with the products but not the populism.

Jonathan Goldstein, the McCobb historian, who consults with Form Portfolios, said he believed that this turn of events was inevitable. “I doubt that McCobb could achieve the economies of scale today that he achieved in the 1950s,” he said, referring to the low costs of domestic materials and labor that made Planner’s success possible, along with the marketing push that came from McCobb’s celebrity. (Few designers at that time were brands.)

“It was a singularity,” he said.