A TANNING addict who shunned sun cream had to have the tip of her nose cut off after a tiny pimple turned out to be skin cancer.

Laure Seguy, 35, thought she had simply scratched the end of her nose, but when the mark was still there months later she started to get worried. 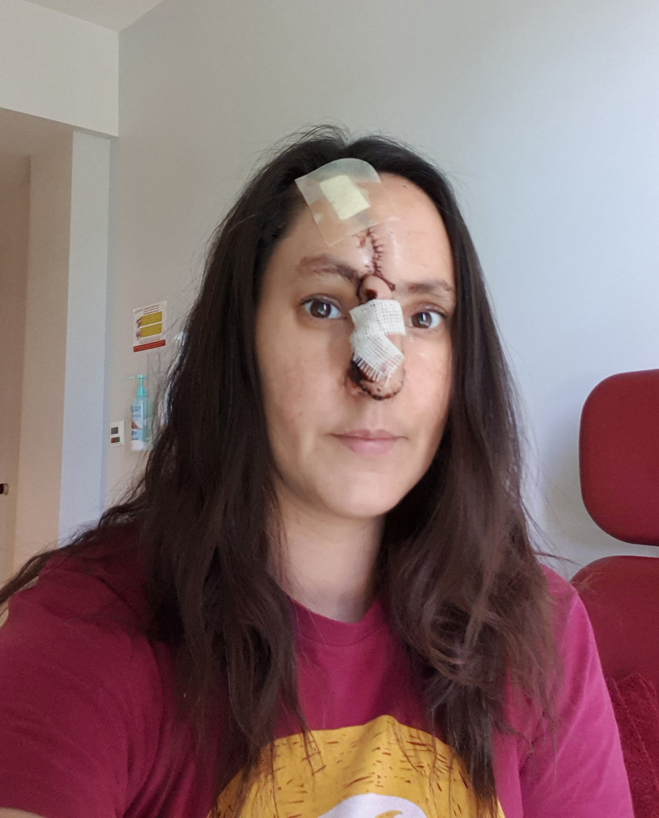 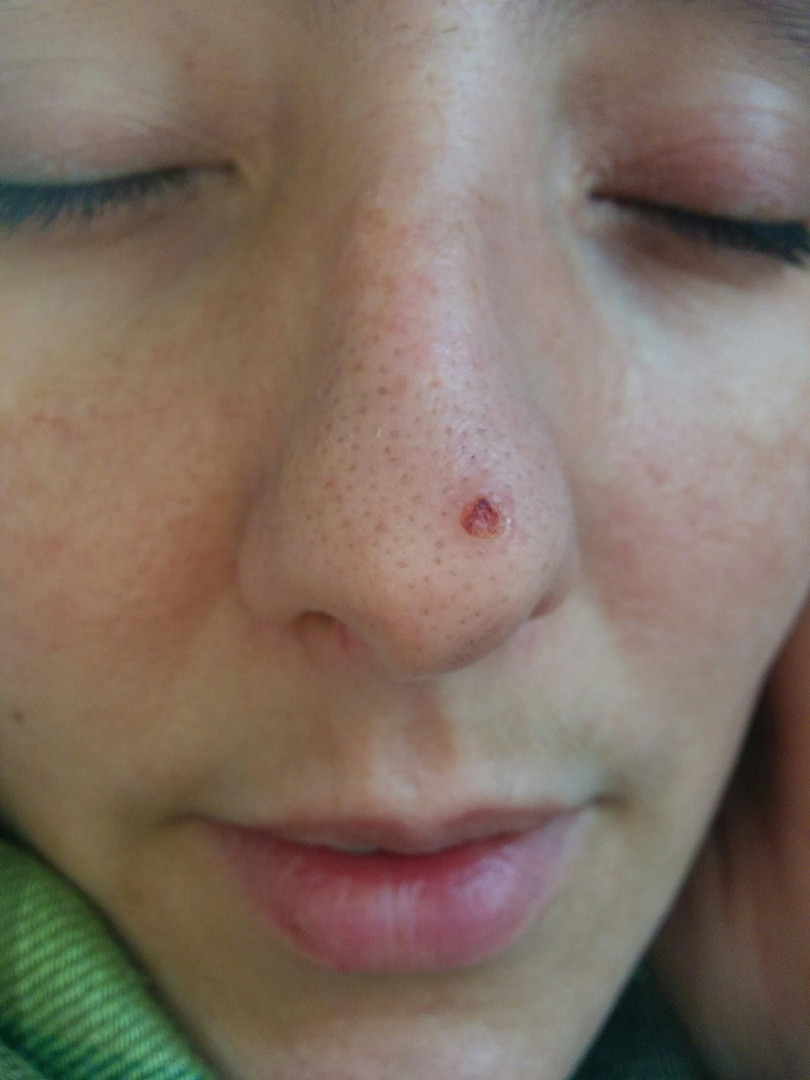 The mum-of-one says it would repeatedly bleed then scab over after exposing her skin to the sun's rays.

Eventually, in October last year, Laure decided to see her GP – but was told it was probably an infection and she was sent off with an anti-bacterial cream.

When that didn't work her doctor advised speaking with a dermatologist who said the next available appointment was in February.

Laure, who lives in Toulouse, France, said: "I told them I had a spot on my nose that bled every now and then and had been there for five months.

"I remember hearing a blank on the other end of the line before the dermatologist said, 'OK, we have an appointment for you in 15 days.'

"That's when I knew it was really serious."

A sun worshipper since childhood, Laure, who has naturally dark skin, rarely thought to wear sun cream on holiday or during the sizzling summers.

She said: "I don't have freckles and I have quite tanned skin anyway, so I never really burn, only a little bit sometimes at the start of the summer."

But a biopsy of the pimple in November revealed that she had basal cell carcinoma – a slow-growing form of non-melanoma skin cancer. 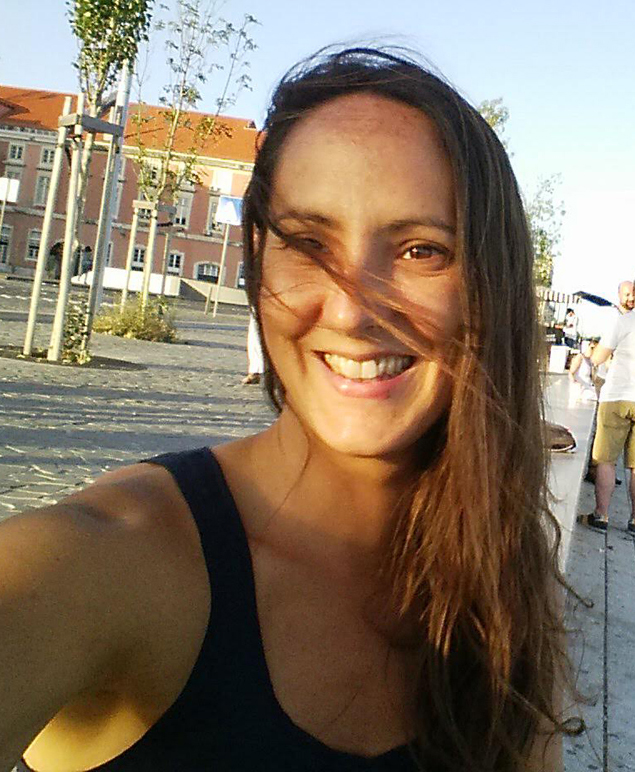 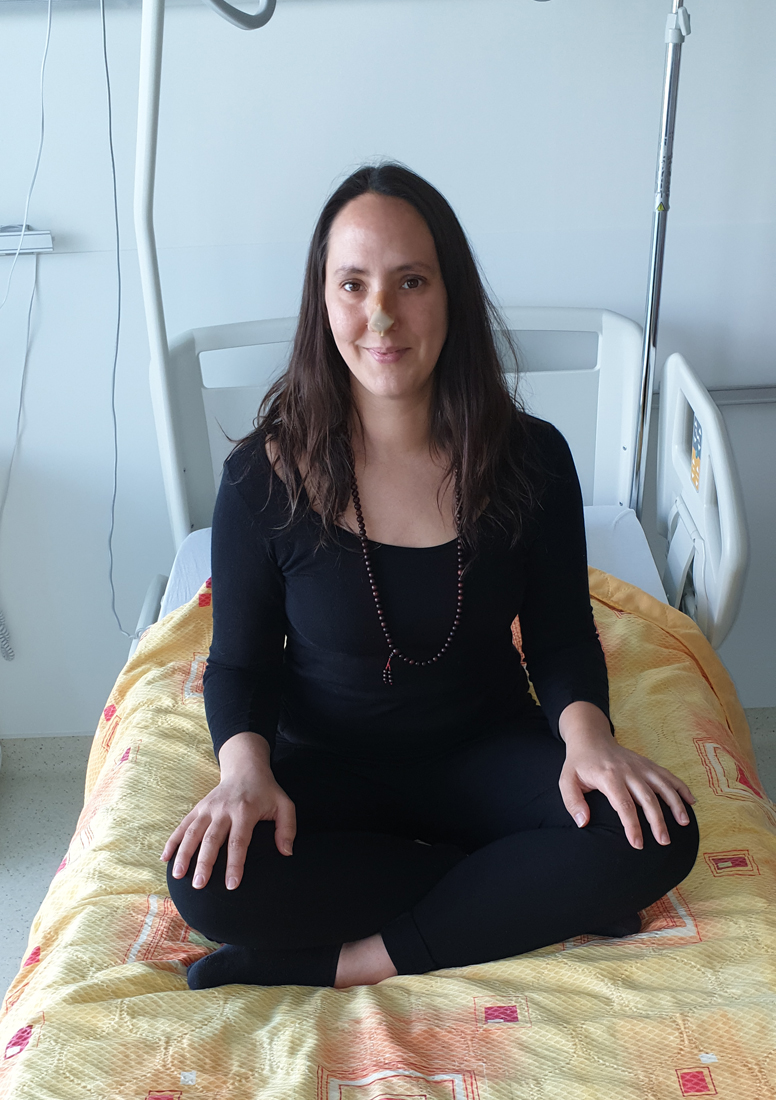 She was told she would need surgery to remove the cancerous cells, but Laure was in the middle of doing a yoga teacher training course in Paris.

She decided to wait until the following May for her operation.

Laure, who has a three-year-old daughter named Ayla-Rose, said: "I was obviously a bit concerned about leaving it so long, but the doctors said that because it was very slow growing it was OK to wait."

Last month, she had the first of three procedures, cutting 11mm off the end of her nose, removing both cancerous and healthy cells, to make sure all the carcinoma had gone.

A week later, having analysed the cells, surgeons were confident Laure was cancer free.

Next, a week later came the second two-hour surgical procedure to cut a piece of skin from her hairline and pull it down, attaching it to a hole in her nose, called a reconstructive skin flap.

Waking up groggy from the general anaesthetic, Laure recalled her shock at seeing her new face, which she said looked "utterly bizarre."

Self conscious about her strange appearance, she was reluctant to leave the house over the next few weeks, while the transferred skin knitted into her nose.

Skin cancer is one of the most common cancers in the world.

Non-melanoma cancers are more common than melanomas, with 100,000 new cases being diagnosed every year in the UK.

The first sign of non-melanoma skin cancer is usually the appearance of a lump or discoloured patch on the skin that continues to persist after a few weeks, and slowly progresses over months or sometimes years.

Melanomas, on the other hand, is often characterised by a mole.

There are two common types of non-melanoma:

Basal cell carcinoma (accounts for 75 per cent of skin cancers): usually appears as a small, shiny pink or pearly-white lump with a waxy appearance. It can also look like a red, scaly patch. There's sometimes some brown or black pigment within the patch. The lump slowly gets bigger and may become crusty, bleed or develop into a painless ulcer.

Squamous cell carcinoma (accounts for the other 20 per cent): appears as a firm pink lump with a rough or crusted surface. There can be a lot of surface scale and sometimes even a spiky horn sticking up from the surface. The lump is often tender to touch, bleeds easily and may develop into an ulcer.

The most common sign is a new mole or a change in an existing mole. In most cases, melanomas have an irregular shape and are more than one colour.

The mole may also be larger than normal and can sometimes be itchy or bleed. Look out for a mole which changes progressively in shape, size and/or colour.

The ABCDE checklist should help you tell the difference between a normal mole and a melanoma:

Border – melanomas have a notched or ragged border

Colours – melanomas will be a mix of 2 or more colours

Then came her final operation, on June 3, to remove the flap which had been feeding the skin graft, by keeping it connected to her bloodstream through a vein running from her forehead to her nose.

She said she will never forget the first time she left the house a week after the second operation.

Laure said: "I felt really uncomfortable, as for the first time in my life I experienced what it was like for people to stare at you in the street.

"Strangers were coming up to me asking if I had been in a terrible accident, because my face was so mangled. I looked like a boxer who had been beaten up in the ring."

Luckily, her appearance has now greatly improved, but Laure said her traumatic experience has made her completely reevaluate her attitude to the sun.

She said: "My face was swollen for a little while after my last procedure, but gradually it got back to normal.

"My new nose is certainly much rounder than my old one at the tip and the texture and colour is different too.

My experience has completely changed my attitude to the sun, which I will have far greater respect for in future

"I also have scarring and a bump on my forehead where they pulled the skin flap down.

"It isn't like my old nose, which was quite slim and narrow, but it's a lot better than when I had a skin flap covering my face.

"Still, my experience has completely changed my attitude to the sun, which I will have far greater respect for in future."

Laure's brush with disaster has also reaffirmed what really matters to her and she is now considering a change of career, so she can spend more time with the husband and daughter she loves. 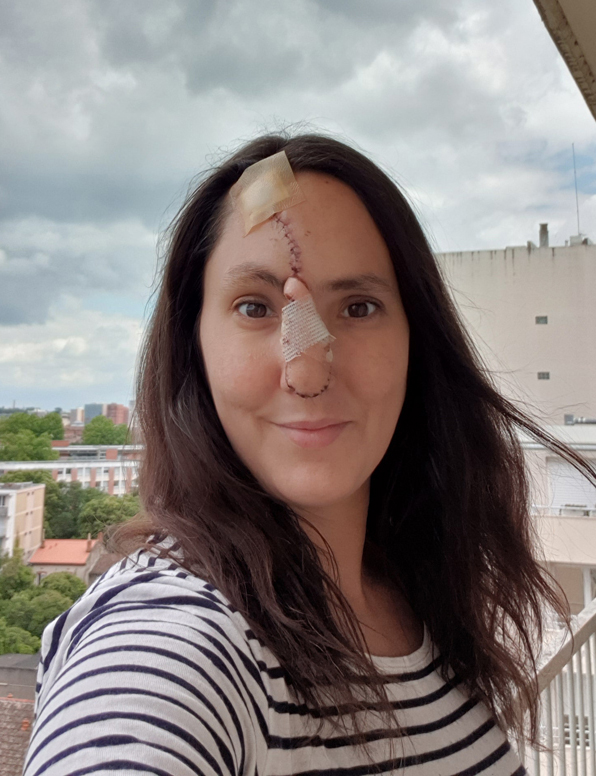 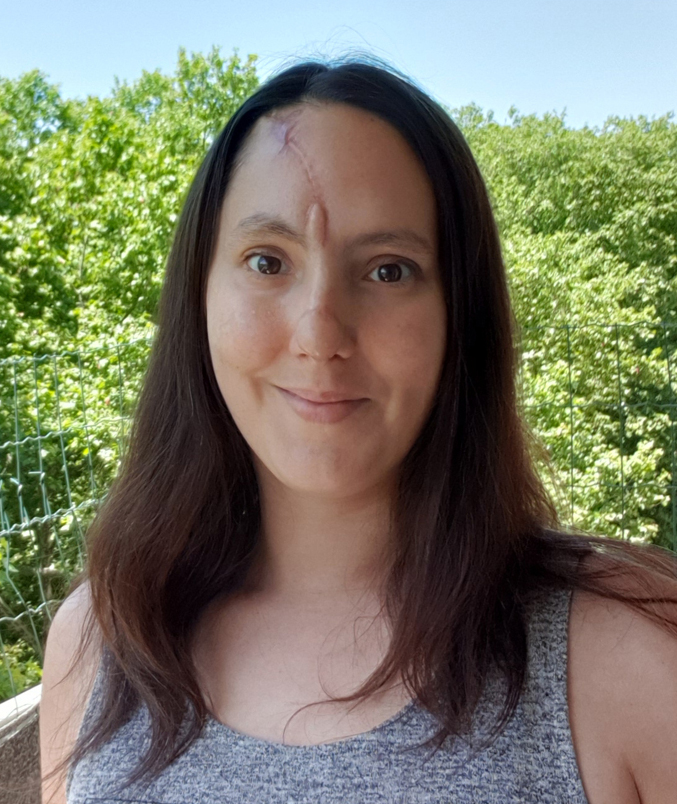 She said: "It has reaffirmed the fact that life is short and currently, in my job as a yoga teacher, I usually work at the evening, which means I don't see my family as much.

"So now I want to change path and find work that lets me see my loved ones, because really that is all that matters."

He said: "Basal cell carcinoma is a non-melanoma skin cancer and it's the most common type of skin cancer, accounting for over 80 per cent of all skin cancer cases in the UK.

"The commonest cause is too much exposure to UV light from the sun or from sunbeds. BCC can occur anywhere on your body, but is most common on areas that are often exposed to the sun.

"It’s always important to protect your skin from the sun’s harmful UV rays. As many as four out of every five cases of skin cancer are preventable." 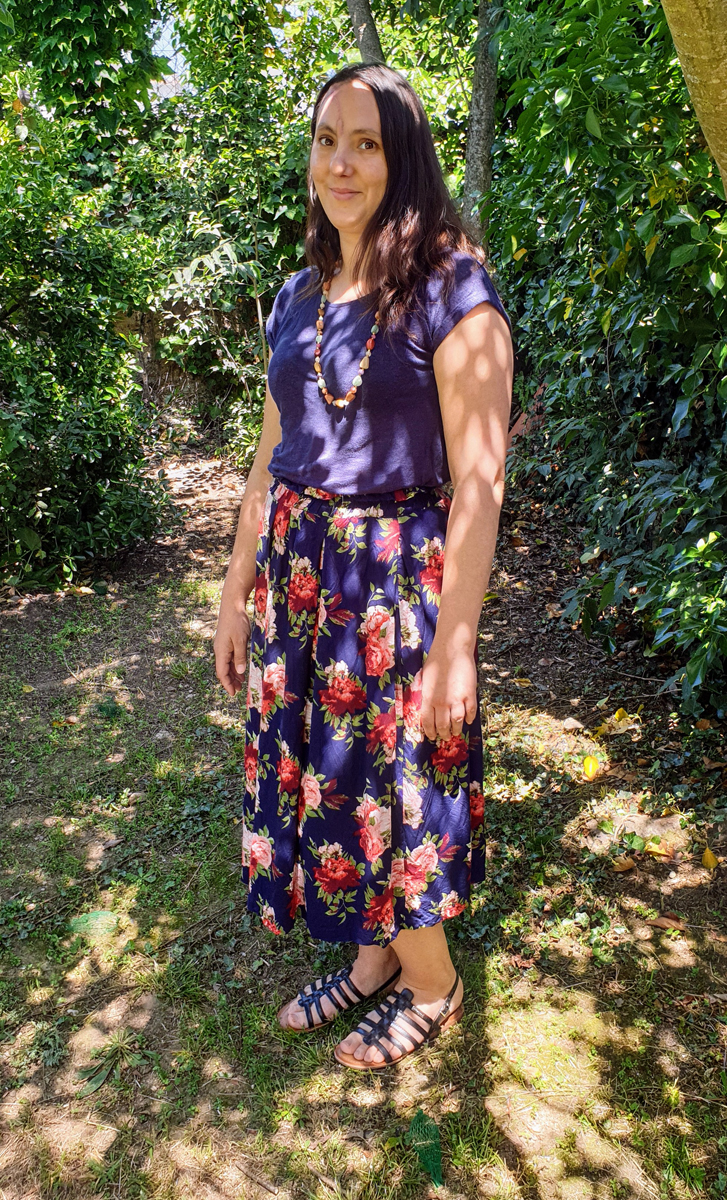 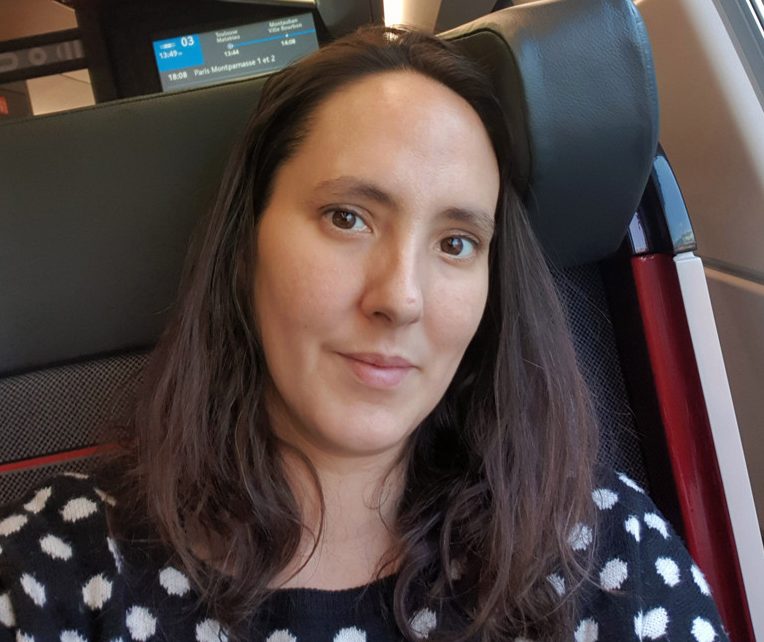