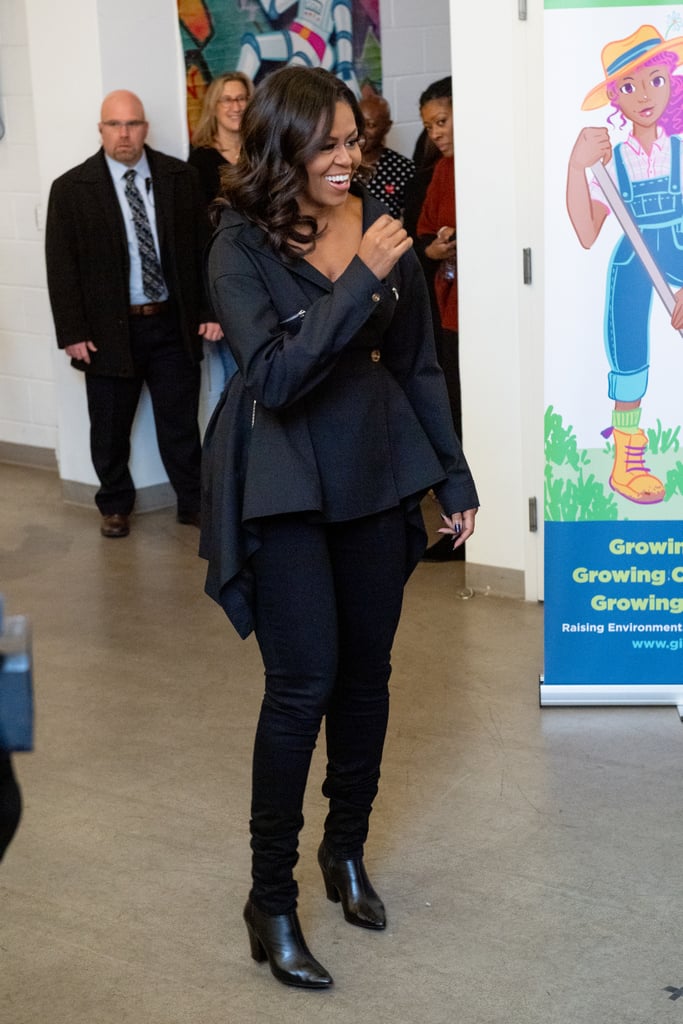 Ever since she first stepped into the limelight as the First Lady of the United States, Michelle Obama has taught us many a valuable style lesson, one of which being that jeans really do belong in everybody’s wardrobe. Sure, she might have worn some pretty memorable and magnificent gowns over her years in the White House, and she somehow always manages to give her own surprising spin to an elegant look; but some of our all-time favorite looks remain the ones that include a little bit of denim and a touch of comfort.

Whether at the White House Easter Egg Roll, at a sporting event, giving a speech, or during the promotion of her bestselling memoir, Becoming, Michelle Obama has completely redefined the meaning of power dressing, and she’s more than once skipped patterned dresses in favor of jeans — a move that’s even approved by royalty. But then again, we would never expect anything less from the former FLOTUS. After all, jeans are a fashion girl staple, and considering Michelle’s fashion sense, we bet she loves denim as much as the rest of us. Ahead, get a closer look at some of her best denim moments over the past few years.