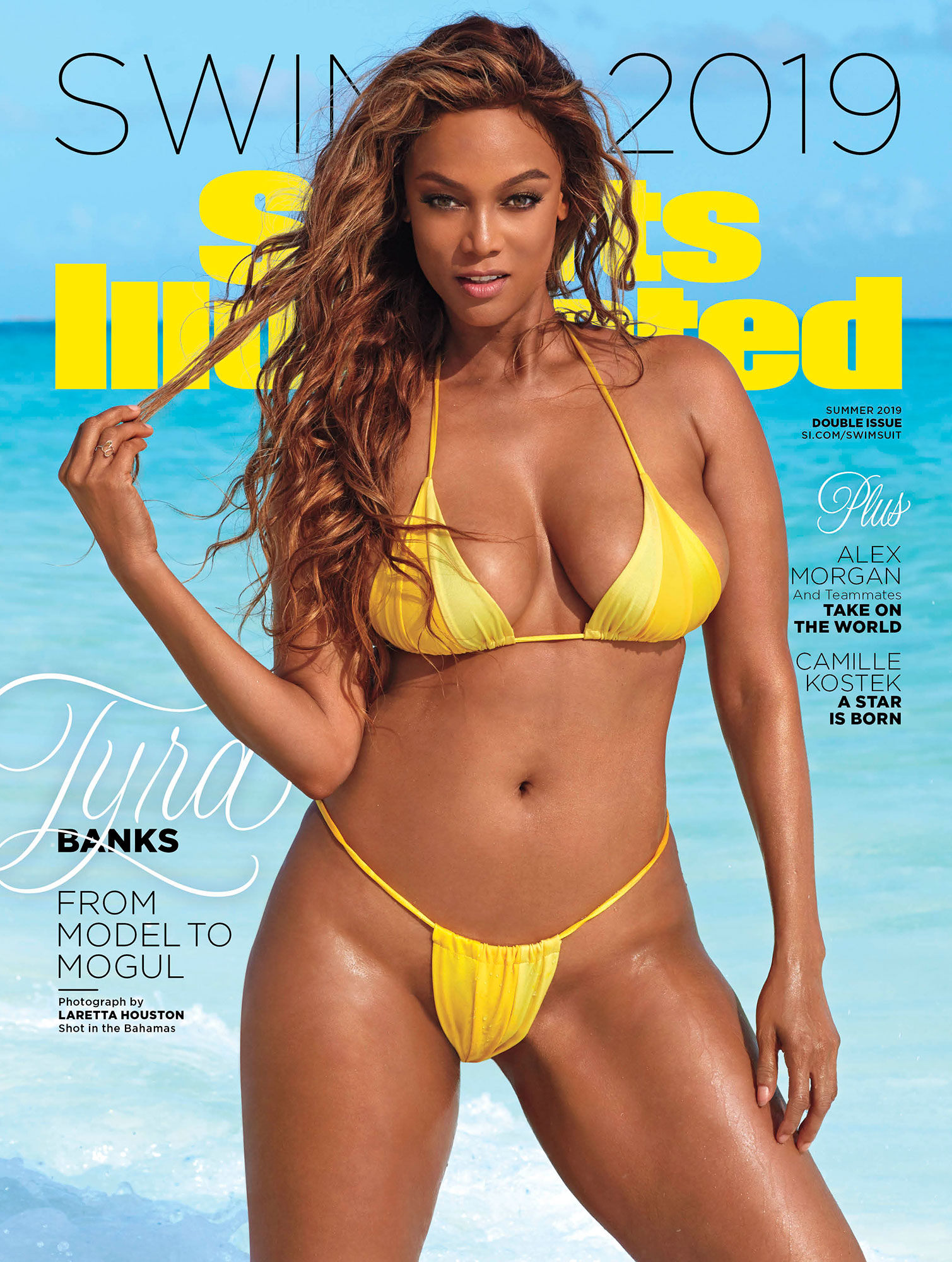 Tyra Banks just made the most epic return to modeling. The 45-year-old stunner came out of retirement to cover the Sports Illustrated 2019 Swimsuit issue.

Wearing an itsy bitsy teeny weeny yellow string bikini from Andi Bagus, the America’s Next Top Model creator delivered her iconic smize as she posed on a beach in the Bahamas.

“My first one was 23 years ago, how crazy is that,” Banks said on Good Morning America where she revealed her new cover. “I’m like damn — I’m 45, dog!”

The TV personality has had a long history with the magazine. She made her S.I. debut back in 1993. Then in 1996 she appeared on the cover for the first time with Valeria Mazza, which really got her career off the ground. But it was the following year she actually made history, as the first black woman to earn a solo cover spot.

The magazine paid tribute to this moment in the latest cover, shot by photographer Laretta Houston. “We couldn’t find the exact one in the archives – it was the polka dot bikini so we recreated that bikini,” she said on GMA. “I recreated it — 25 pounds heavier.”

The Best Celebrity Beach Bodies of 2019: Stars in the Cutest, Trendiest Bikinis and Swimsuits

Banks is just one of three stars who are getting their own cover for the 2019 Swimsuit issue. U.S. national women’s soccer player and Olympic gold medalist Alex Morgan and 2018 S.I. Swimsuit Model Search winner Camille Kostek also have their own steamy covers.

This year also marked the first time the issue has featured a model wearing a burkini and hijab. On Monday, April 29, the magazine announced that Somali-American Halima Aden would be featured in the issue wearing her traditional muslim beach attire.

The magazine continues to prove that all women — no matter their background, age or size — can feel sexy and confident in a swimsuit.