Home » Fashion » ‘We are not alone any more'

‘We are not alone any more'

IMAGINE being forced to leave your homeland and seek sanctuary in a foreign country where you don’t know a soul and can only speak a few words of the language. You’re isolated, scared – then Covid hits.

That’s the situation Ratna, 32, an asylum seeker from India, her husband Dharan and baby found themselves in last year when they arrived in Ashington, Northumberland. 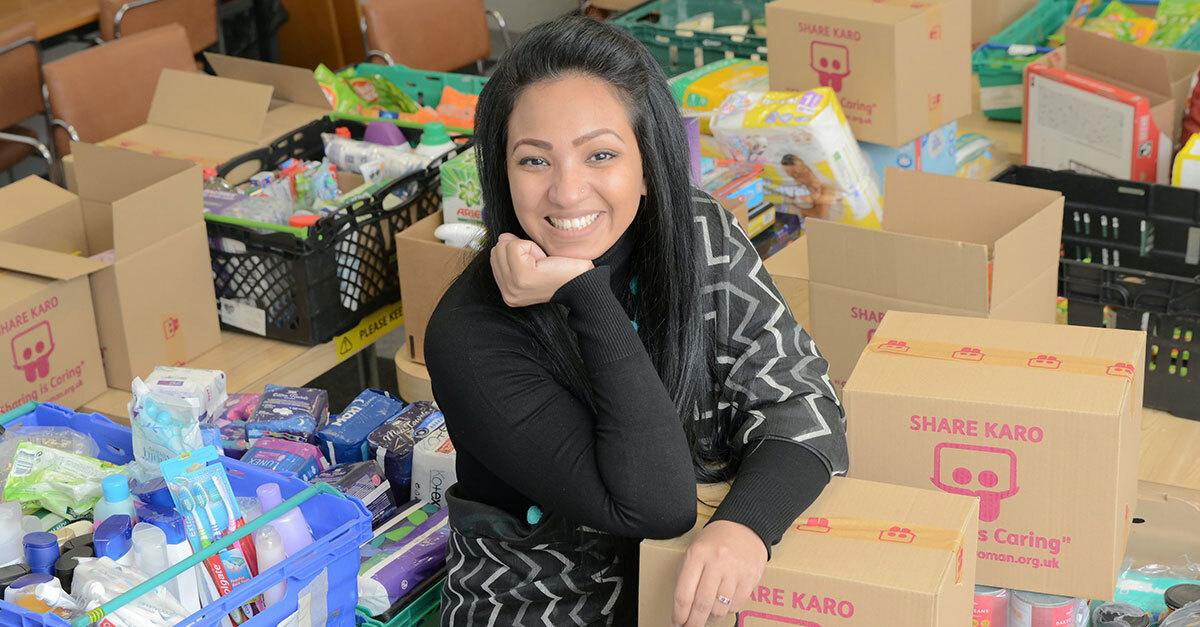 But someone was there to help – Fareeha Usman, founder of Being Woman, a charity that brings people like Ratna, from isolated communities, together.

Fareeha and her team have worked tirelessly throughout the pandemic, delivering food and essentials, giving online England classes and ringing people for a chat, all with the help of National Lottery funding.

Being Woman is one of the many projects who have been helped by National Lottery funding. In fact, over the past year, players of The National Lottery have helped raise £1billion to help projects and communities across the UK in these unprecedented times.

“We were totally alone when we came here during the first lockdown,” Ratna says. “Then someone told me about Being Woman and the English lessons it offers to asylum seekers. We were given a laptop with wi-fi to join lessons online two days a week and I made friends through those classes. I’m not alone any more.”

Fareeha, 35, founded Being Woman three years ago to “amplify black, Asian and ethnic minority voices in Northumberland while promoting equality, diversity and inclusion”. Stories like Ratna’s inspire her. 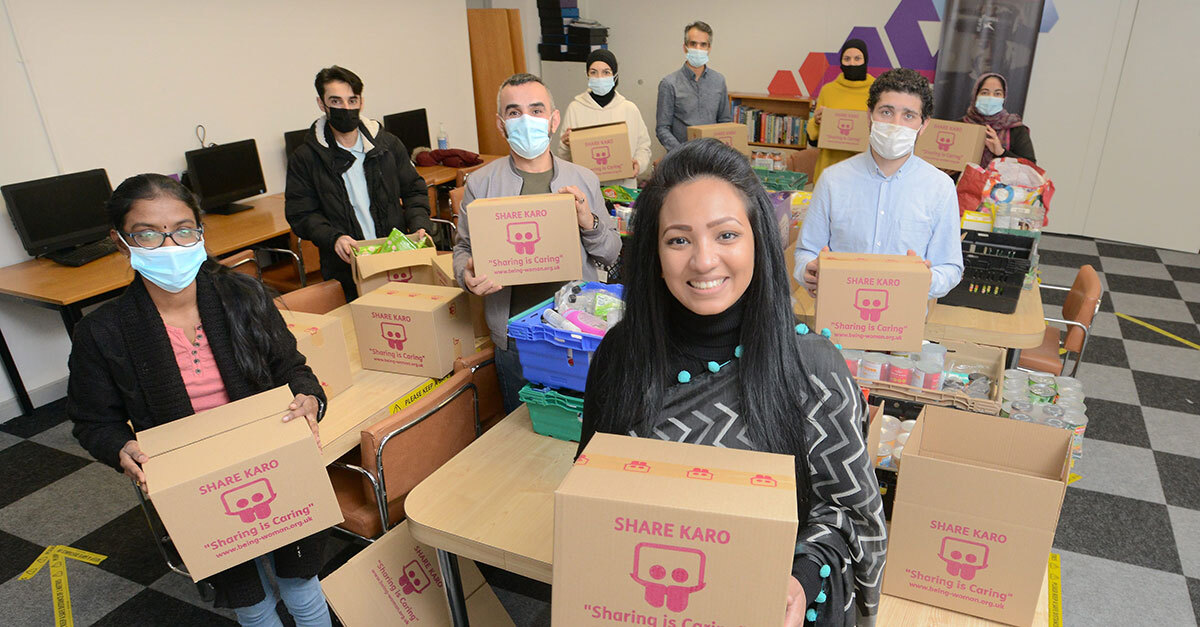 “I’m so proud of Ratna,” Fareeha says. “Her English is improving and her confidence is growing. She smiles now.” Fareeha understood from first-hand experience the need for a charity combating loneliness in minority groups. She moved to the UK from Pakistan when she was 15 and lived in a multicultural area just outside London.

“The beaches and countryside were beautiful,” Fareeha says. Inspired, they visited the area, and decided to move there to build a better life for their son Kashan, now seven, and daughter Parivash, six. “We wanted them to grow up with all that space and freedom.”

But their early months in Ashington were tough. Imran, a bus driver, struggled to find work, and while locals were “generous and kind”, Fareeha felt isolated.

“There was little representation of people from black, Asian and ethnic minority communities – most places I went, I was the only one,” she says.

Fareeha is a chatterbox with perfect English so she made herself go out and talk to people. But she worried how someone who spoke little English and lacked her confidence would cope.

Then one day Fareeha attended a fundraising event for the homeless at YMCA Northumberland. “The CEO and I clicked,” she says. “I talked about my experiences and he gave me a tiny room in the YMCA to use as an office. 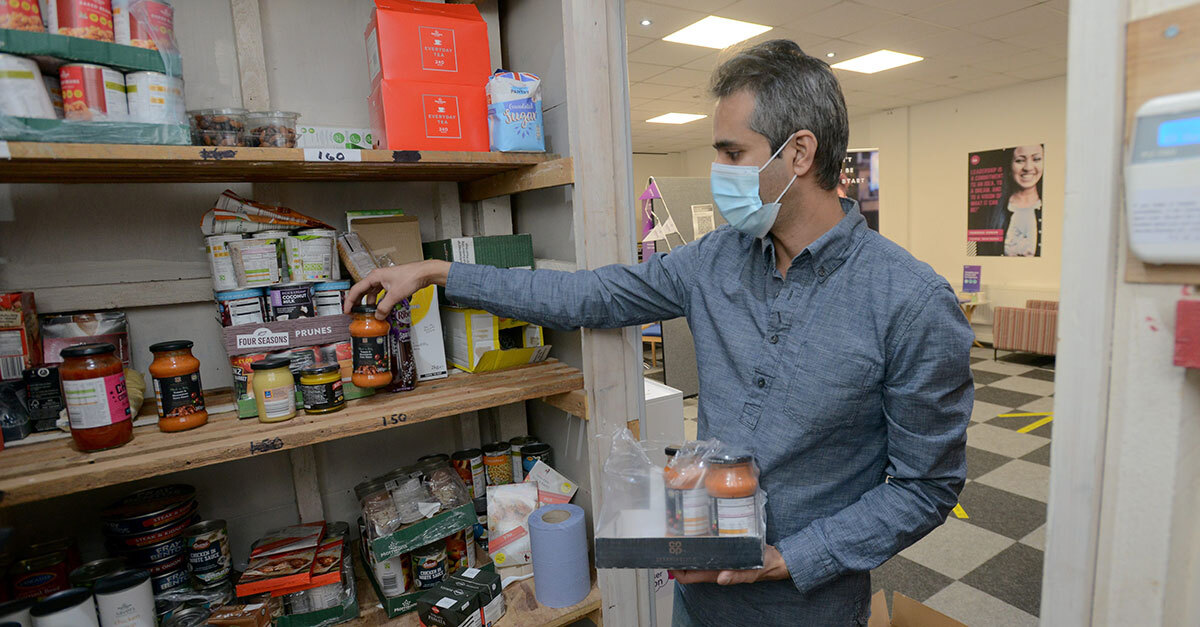 “There, through word of mouth, I reached out to underrepresented black, Asian and ethnic minority groups, including asylum seekers and refugees, offering internet and English classes.”

Being Woman was born and Fareeha – a self-described “housewife and mum” – was the driving force of an organisation that quickly ballooned. She upgraded to a space in the YMCA with purpose-built offices and two halls that can hold 80 people.

From an initial two volunteers, Being Woman soon had 24. Last March, in lockdown, classes went online. While its offices closed, the need for Being Woman was greater than ever.

Through check-in calls with service users, Fareeha realised that some, trapped at home, were suffering domestic abuse while others were having flashbacks of abuse from the past. “I’d talk to them and refer them to the appropriate agency,” she says. “Now we’re training specialist domestic violence advisers.”

Hard and often harrowing work but then in April 2020, some good news – Being Woman received charity status. “That gave us wings to fly,” Fareeha says.

Next, in July, Being Woman received £45,000 of National Lottery funding. That enabled them to carry on delivering food and essentials bags, as they had in the first lockdown, through the next two lockdowns.

“Thanks to that funding, we’ve delivered 3,500 food and essentials bags to 250 people in need,” Fareeha says.

She has roped in her whole family to help. “Imran volunteers, delivering food parcels,” she says. “Being Woman is open to men too – as service users, on the board and, like Imran, as volunteers.

“My children pack bags and, over Christmas, delivered presents. Kashan teaches English to asylum-seeking children. ‘I’m a little volunteer,’ he says, proudly. And Parivash understands how important it is for women from different backgrounds to uplift each other.”

Fareeha has now influenced her parents in Pakistan. Dad Shakir drives people to mental health sessions in Islamabad, the capital, one of which Fareeha persuaded her mum Bushra to attend. “We don’t talk about mental health in Pakistan – it’s taboo,” Fareeha says.

Tears ran down her cheeks as, via video link, she watched her mum talking about her feelings in front of a group of other women.  “That’s probably the first time Mum’s spoken openly about her emotions like that,” Fareeha says.

This month, Being Woman was awarded further National Lottery funding – £120,000 over the next three years. “I’m so grateful,” she says.

“My dream is to make Being Woman a nationwide charity.” Being Fareeha, there’s little doubt she’ll achieve just that.

BEING Woman is one of many organisations helped by the £1billion National Lottery players have raised for good causes during these unprecedented times.
Money raised from playing The National Lottery has been a lifeline for so many projects, big and small, indoors and out.
There’s probably a group that’s benefited on your street – on average 220 projects have been funded per postcode district across the UK.
National Lottery funding has helped community gardens bloom and grassroots sports teams remain in the game.
So next time you choose your numbers, you’re also choosing to help charities like Fareeha’s. And that deserves a billion thank yous.

Rules and Procedures apply. Players must be 16+.

There’s more…
To find out how your numbers are making amazing happen, visit national-lottery.co.uk/news. 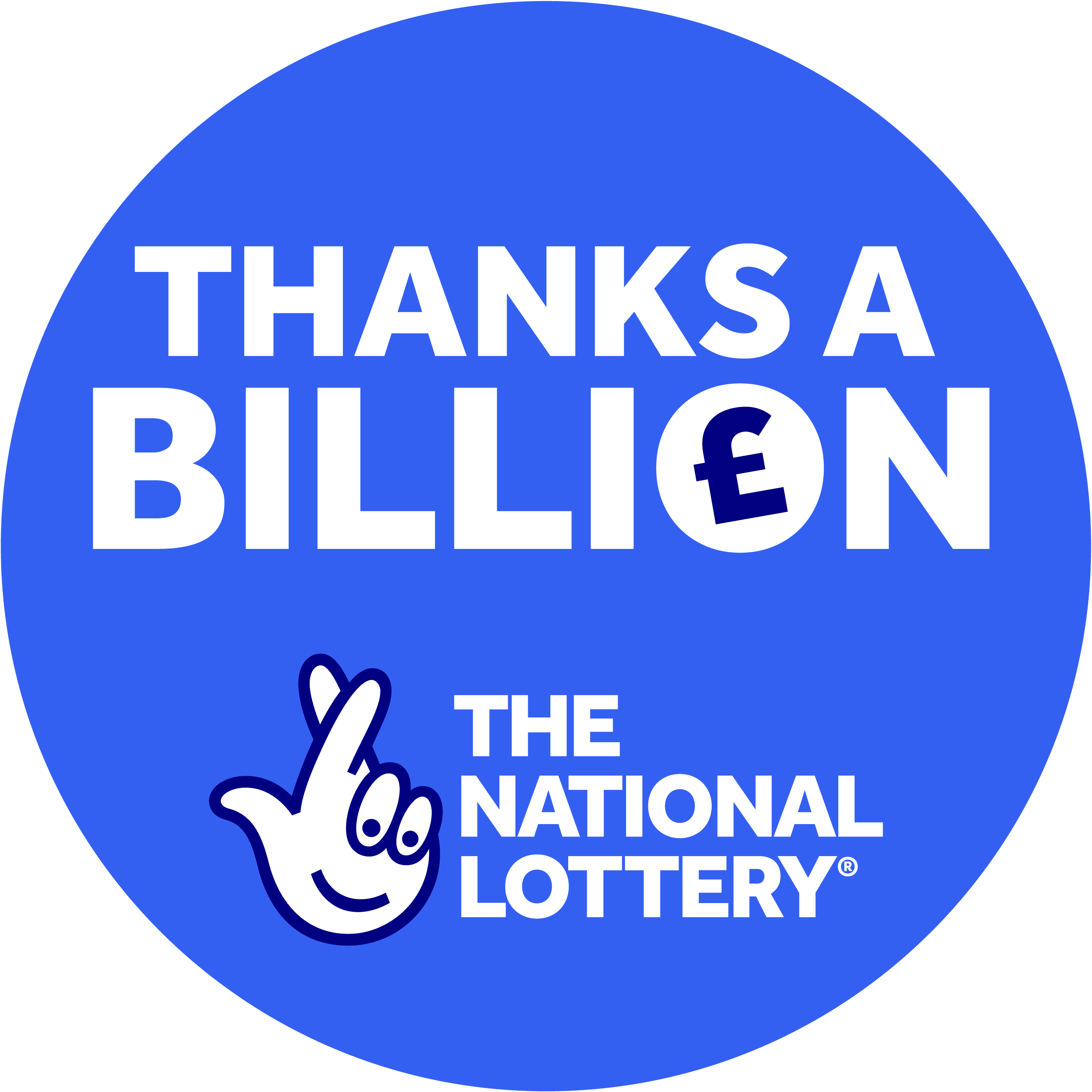