Home » Fashion » We’ve saved over £60,000 on holidays to Paris and New York by swapping our homes with strangers – here's how you can too

We’ve saved over £60,000 on holidays to Paris and New York by swapping our homes with strangers – here's how you can too

NOW that going on holiday is so much easier with just seven countries remaining on the red list, many Brits are keen to get away for some half term sunshine.

But a trip abroad doesn't have to cost the earth, as these two ladies who have spent years globetrotting on a small budget can attest. 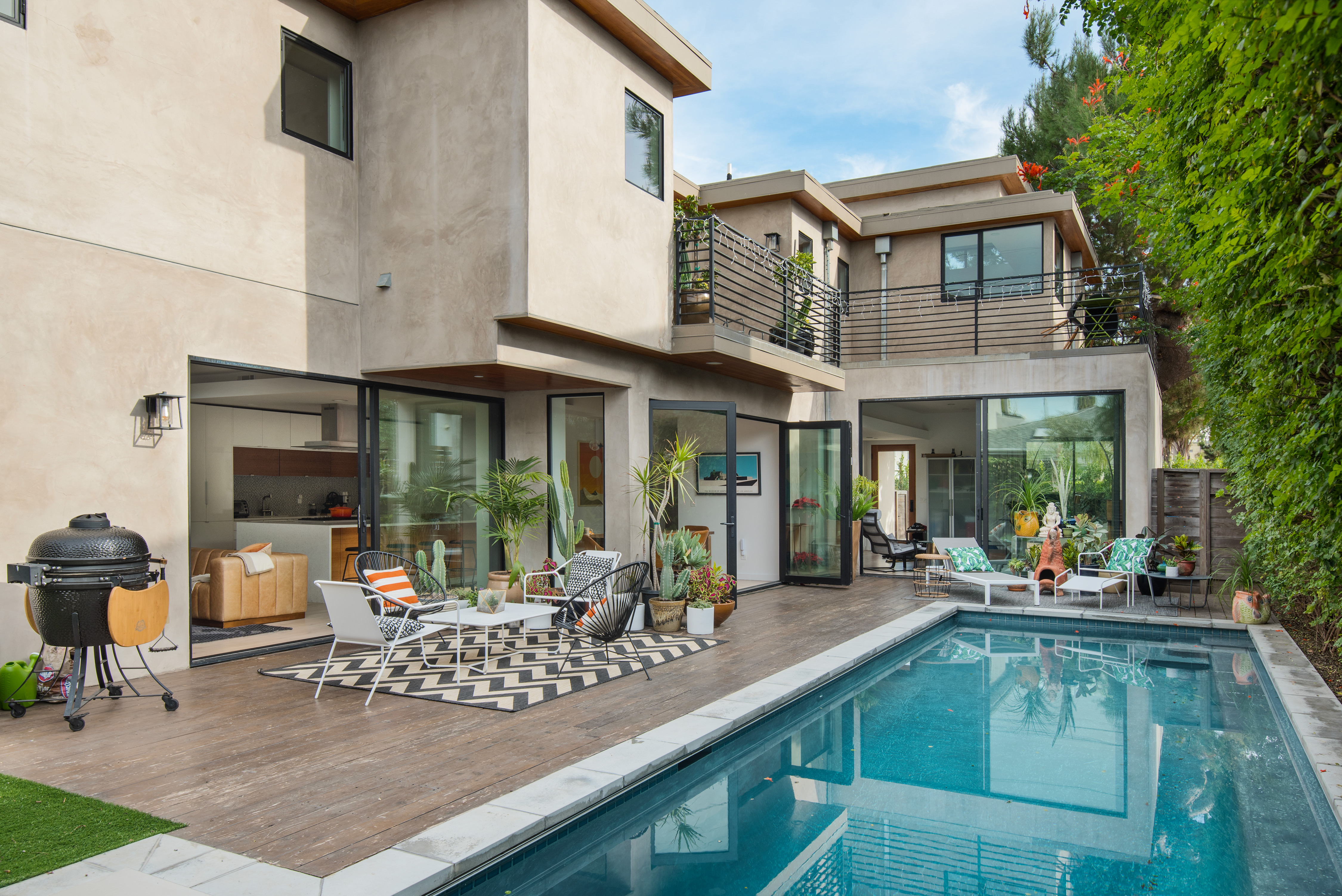 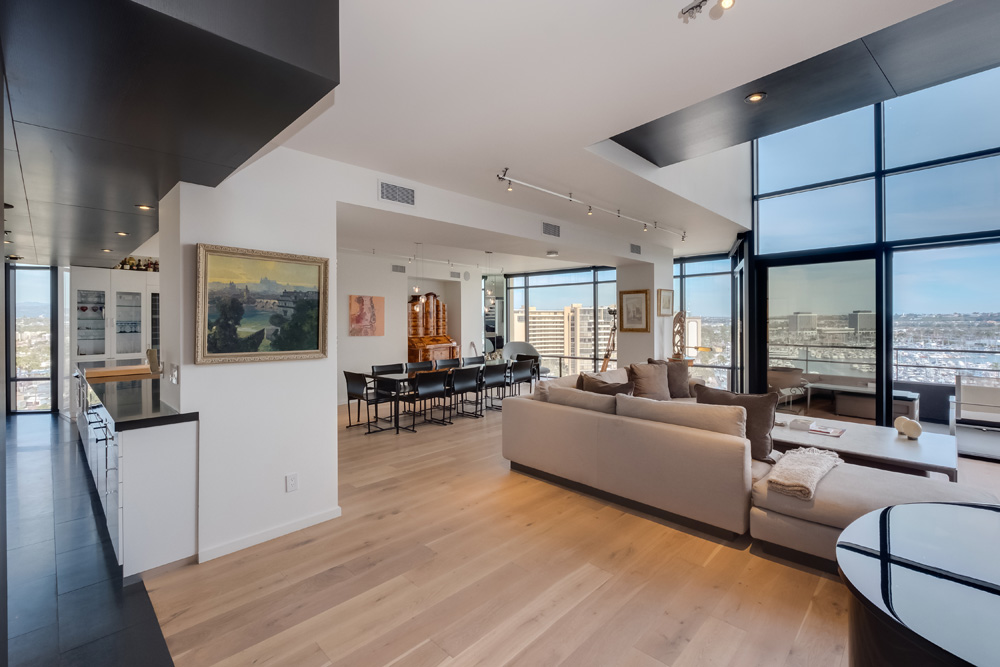 Dawn Holt, from Derbyshire, and Amanda Starling, who lives in the US, have ditched hotels in favour of home-swapping.

The concept involves two families – who could live in opposite corners of the globe – staying in each other’s houses for a small annual fee.

It means you could travel anywhere from New York to Paris and only have to pay for the flight there.

There are various house-swapping websites, notably Home Base Holidays, Love Home Swap and Home Exchange, each containing thousands of listings of people looking for potential swaps.

Most offer a free trial of two weeks before charging a membership fee.

Dawn and Amanda reckon they've saved thousands over the years, while both have stayed in luxurious accommodation they couldn't normally afford.

'I've saved at least £40K and stayed in amazing places' 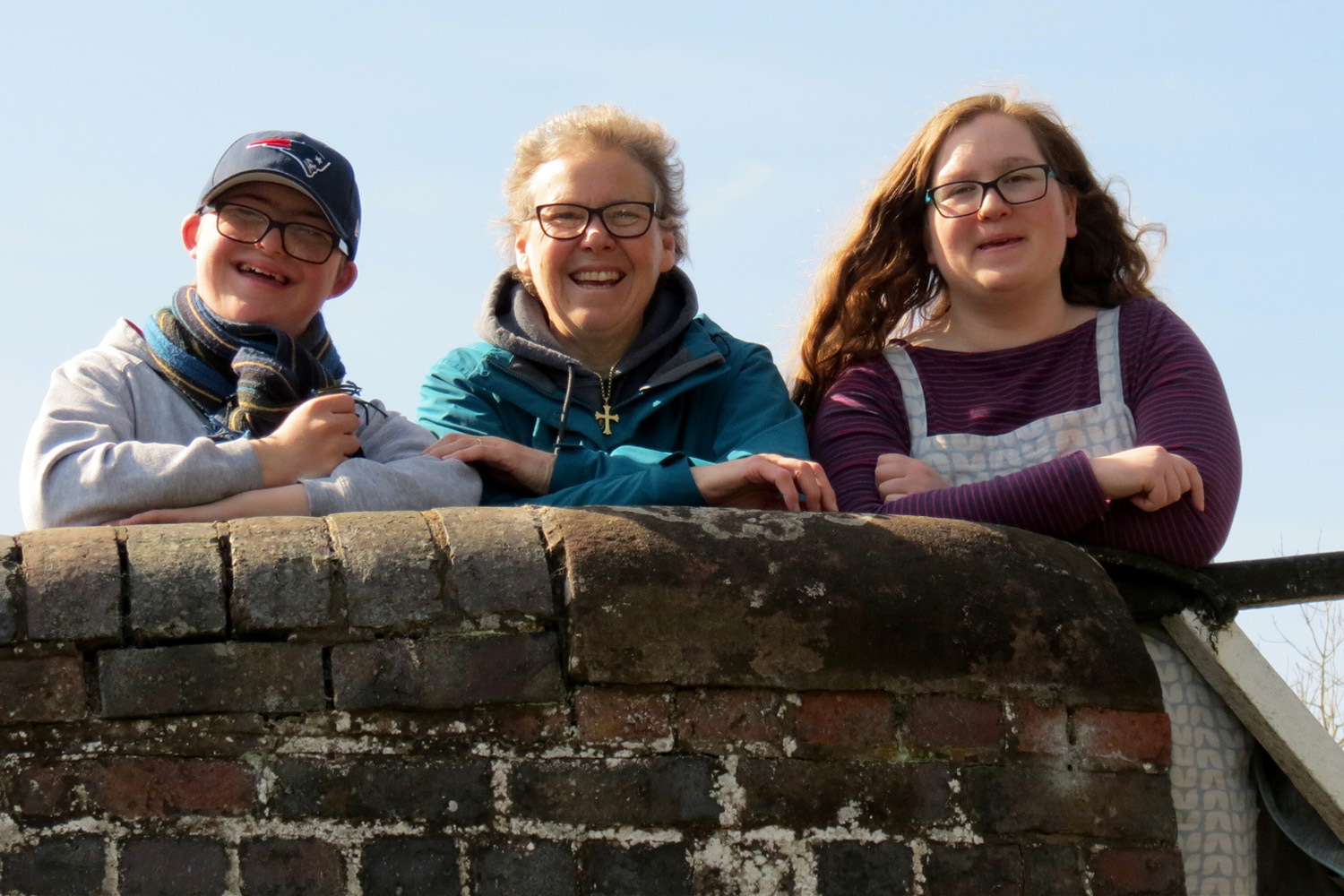 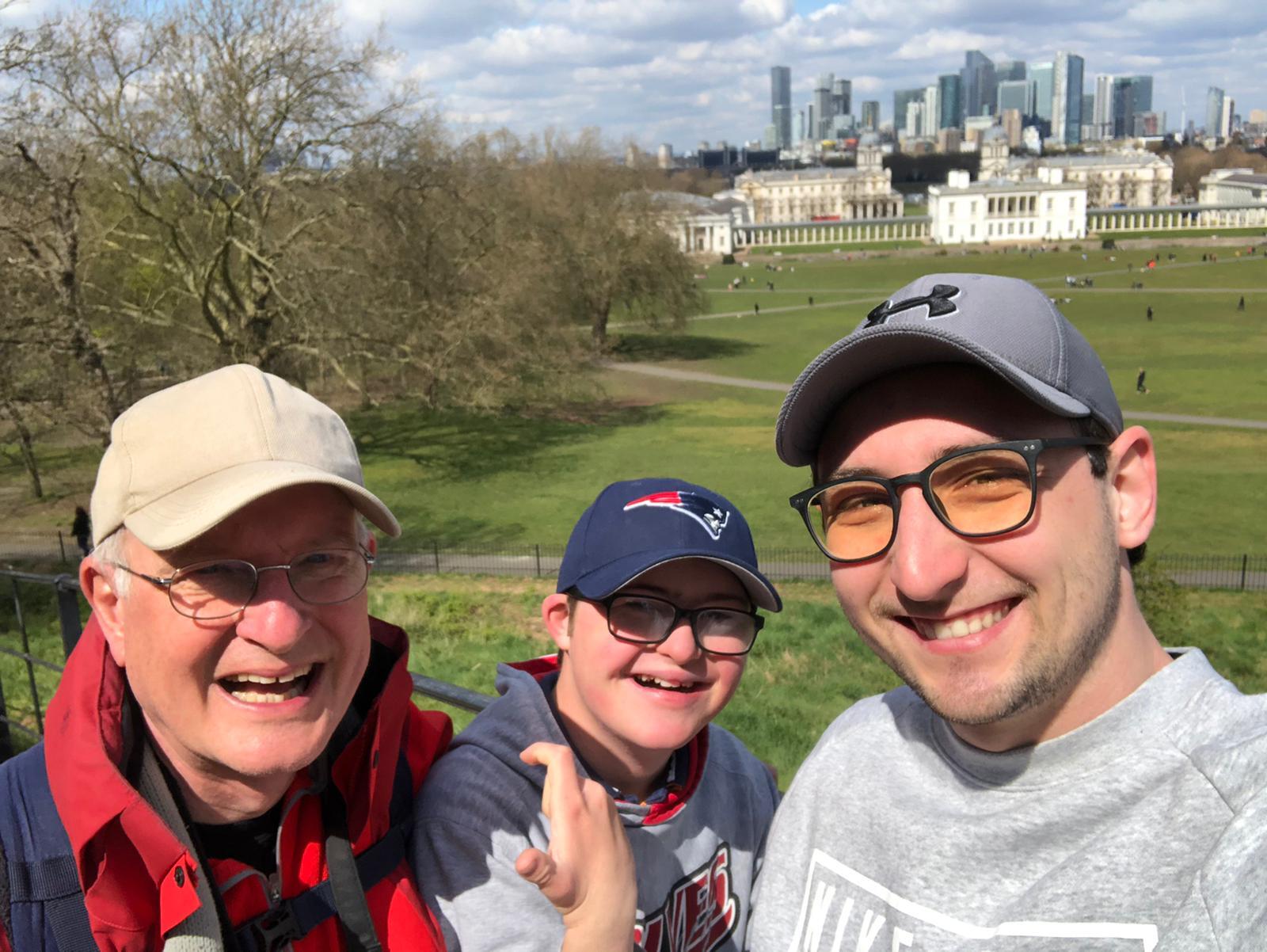 Mum-of-three Dawn Holt, 57, lives in Derbyshire, and reckons she’s saved at least £40,000 by home-swapping over the last two decades.

She first got into house-swapping when she discovered the National Childhood Trust had a register 19 years ago, when her children Esther, 20, Reuben, 15, and Jacob – who sadly died aged 20 last year – were babies.

As a stay-at-home mum with “not a lot of money”, Dawn was drawn to the free aspect of house swapping, but also because swapping with other families with young children meant they had all the stuff they’d need.

“You didn't have to take a cot or a high chair, and they had toys and play equipment there, so it was great not having to take so much,” Dawn says.

“One house we went to had a zipwire, which was fantastic. That kept them really happy.

“Someone else had a sandpit and a playhouse and, at that age, they were far more excited about somebody else's toys than their own!”

You didn't have to take a cot or a high chair, and they had toys and play equipment there, so it was great not having to take so much stuff

Dawn and her family’s first experience with home-swapping was a long weekend in Bury St Edmunds, followed by a two-week break in Devon.

“What we realised straight away that first year was it's more relaxing, being in somebody else's house than in a holiday rental place, because it feels like home,” says Dawn.

“It's got their pictures on the wall and the magazines around, it's a normal place.”

Since their first home swap, Dawn and her family have now done it around 30 times across Great Britain.

“We even had two summer holidays in the Netherlands, one in France, and one in Switzerland,” she adds.

But some of Dawn’s favourite places have been here in the UK.

“We had a beautiful barn conversion in Sussex one time,” she recalls. “And in Dorset, we had one of those tall, thin old properties, where it was three stories tall and one room wide. It was beautiful with an Aga and a flagstone kitchen.

“We had a very luxurious steading conversion in Edinburgh for a week one New Year, and a very old wood-clad house in Kent that had a little chapel and an old privy with chickens in it in the garden.

“We certainly wouldn't have stayed in such nice places had we not been home-swapping.”

Dawn insists “you don't have to have a posh house” to sign up for house swapping, and thinks anyone can do it.

We wouldn't have stayed in such nice places had we not been home-swapping!

And when it comes to the worry of someone else living in your house, Dawn insisted she’s never had a problem, and has never heard of anyone else having one either.

“Clearly, you know where each other lives!” she laughs. “Security-wise, it's better to have someone in your house who's there with a friend rather than leave it empty.

“But also, the people who stay would feed the pets, water the plants, pick and eat the fruit, or get eggs from the chickens.”

Dawn’s advice for anyone wanting to get into home swapping is to “be flexible” as you may not always be able to find somewhere available in the location you’re looking for.

She explains: “Let’s say you want to go away for the October half term, what you do is decide which country you want to go, how big a house you want, and you send the same message to the 10 or 20 houses in that area or the 20 houses.

“Then you hopefully get two or three replies saying they're interested and you can look at them and decide which one's the best.”

'I've saved at least £22K travelling around the US and Europe' 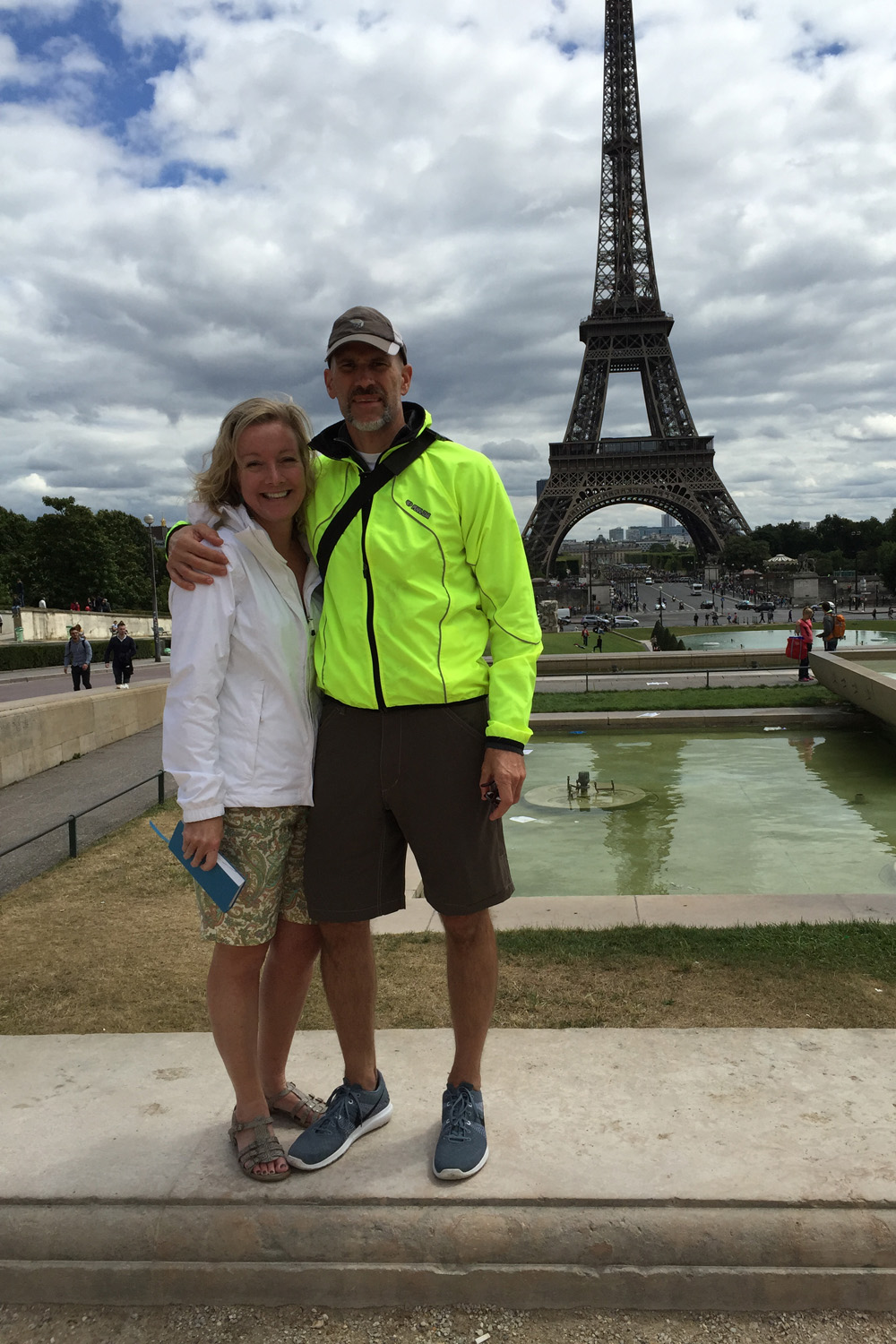 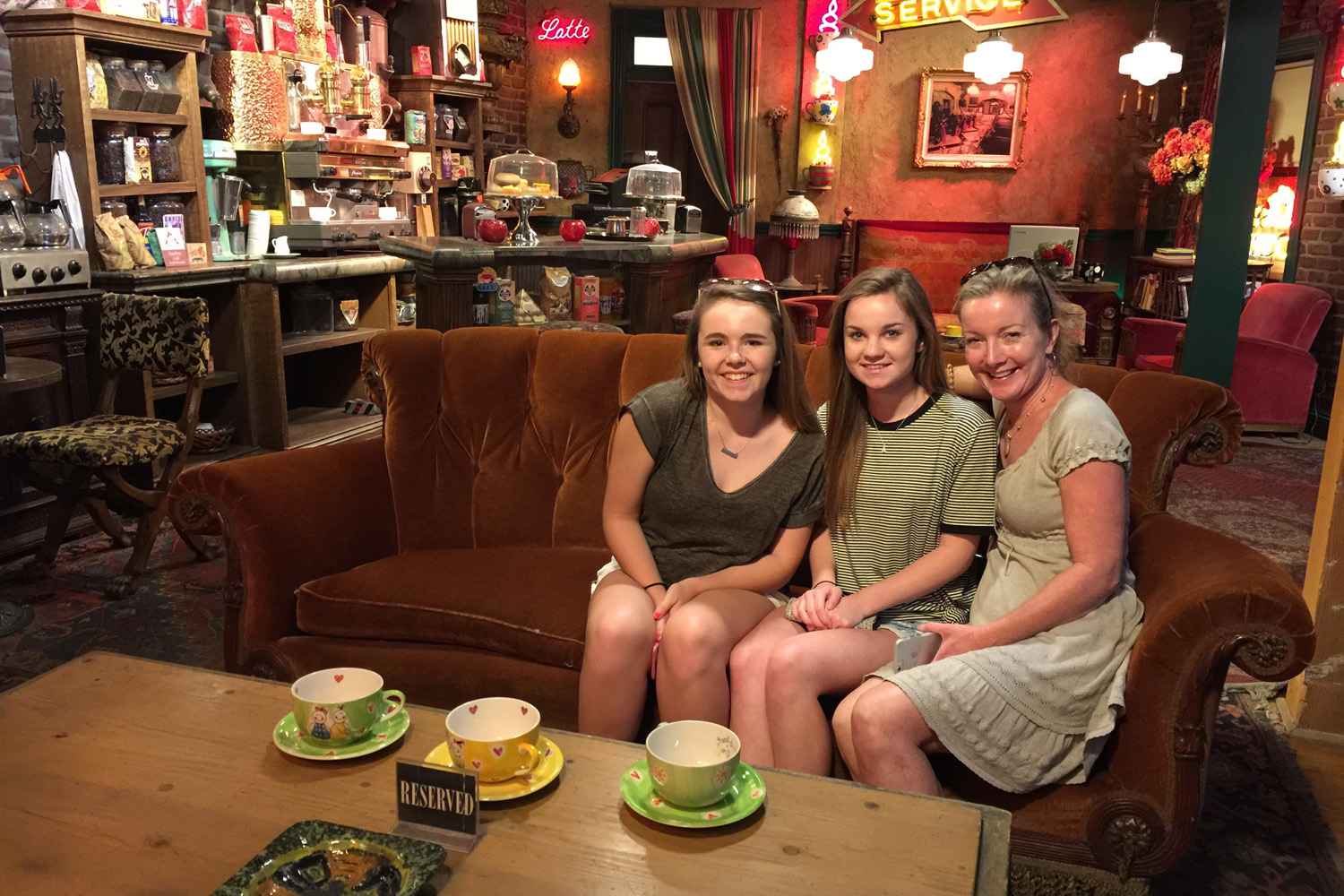 Amanda Starling, 50, is someone else who’s obsessed with house-swapping, having been doing it for almost 11 years.

The mum-of-two lives in Hahira, Georgia, and has her Tennessee holiday home in Bluewater available for swapping – an eight hours’ drive away.

Amanda – who calls the concept “the best thing ever” – has travelled all over the States; she and her family have been to New York, Los Angeles twice and Chicago several times.

“We’ve also done lots of beach trips to Florida because that's near us and my kids always want to go there for spring break,” she adds.

But they’ve come all the way over to Europe, too.

They’ve visited Dublin, where they stayed in a "beautiful big home on a park close to the sea", and a quaint stone cottage in Scotland that "makes Amanda's heart hurt remembering it”.

But for her it’s Paris, where she’s holidayed twice, that’s "always a winner”.

The most famous example of home-swapping is the fictional film The Holiday, in which Kate Winslet and Cameron Diaz’ characters swap their California and English countryside homes.

In the film, the two women stay in touch once the swap is done. While Dawn tells us that’s never happened to her, Amanda has become friends with some of the people she’s swapped with.

Having stayed in one home in Chicago three times, the owner of the property came and met Amanda for lunch once when she was in the city on a girls’ trip.

Due to growing up with home-swapping, Amanda’s two teenage daughters look set to be holidaying in the same way as their mum.

Amanda tells us: “They're both into it big time. The older one, who is getting close to graduating from college, is already trying to make sure that her living situation enables her to swap.

Home Base Holidays offers a six-month membership option at £29 and one-year membership at £49.

Love Home Swap costs between £96 to £144 a year depending on the level of service you want, like if you want free airport lounges or to list more than one property.

With Home Exchange you either pay £10 per night of exchange, or £110 a year to do as many exchanges as you want.