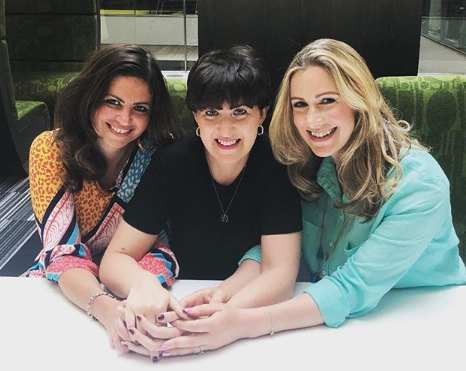 Then there is the day cancer takes one of your best friends.

A year ago I lost my wonderful friend and colleague Rachael Bland.

She died at the age of just 40, two years after being diagnosed with breast cancer.

Her death knocked me for six, I knew it was coming, we had talked about it – but nothing prepared me for actually not having her in my life every day.

The thing is, while we only knew each other for a short period of time, she had a huge impact on me.

When I got diagnosed with stage 4 bowel cancer, I made a whole new group of friends.

I've got school friends, uni mates, work friends and friends I've made since being a mum.

Now, I have my cancer friends – and Rach was up there with the best of them.

She understood exactly what I was going through, she shared my fears and was always there at 3am to reassure me. She was my rock.

A year from goodbye

And a year on from saying our goodbyes, I have learned so much from her – in life and death.

Rach died on my son Hugo's birthday – it means while celebrating hopefully many more birthdays with him, we can always raise a glass of vino to Rach at the same time. 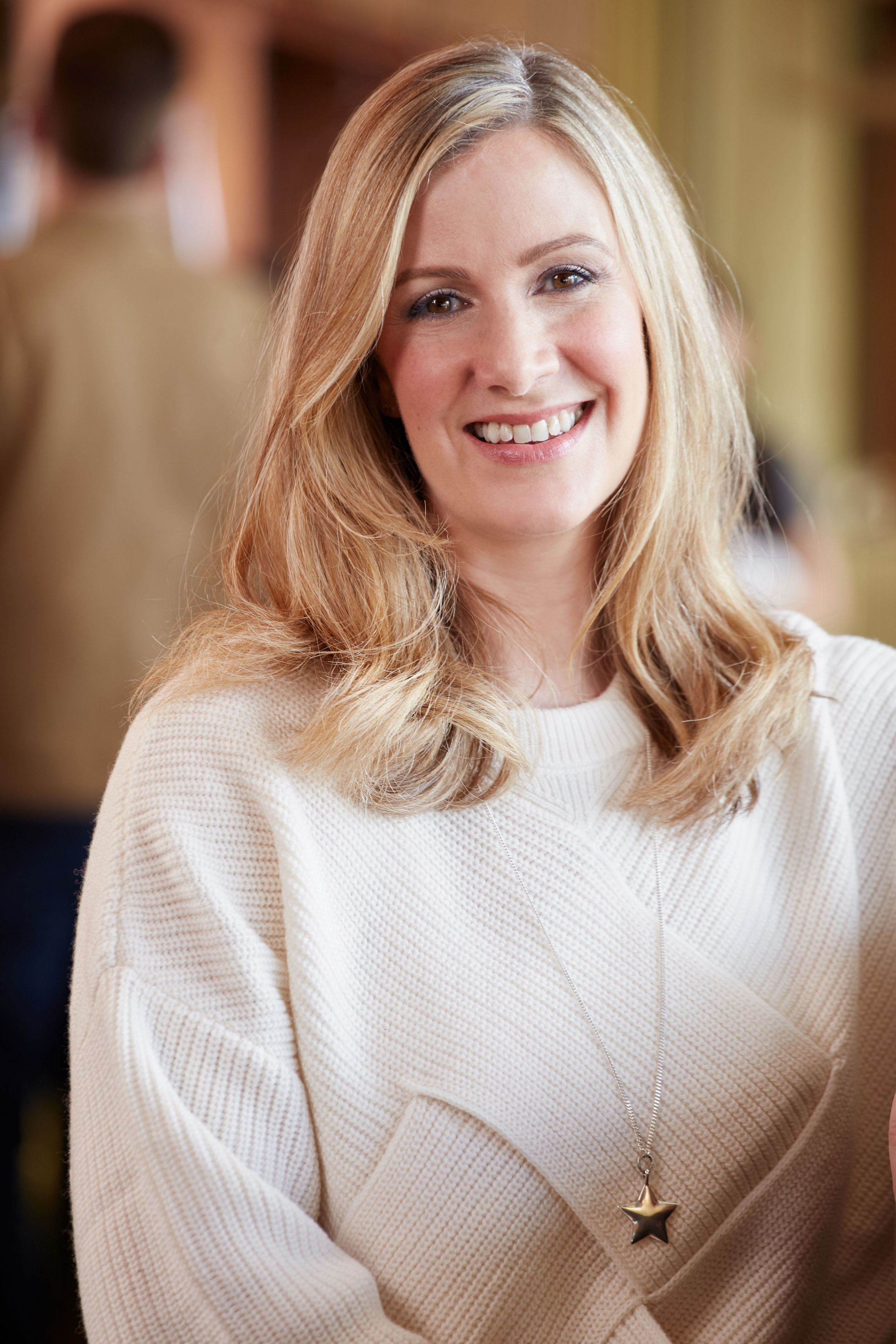 This first milestone, the first anniversary of her death, is tough.

It's a year since I last spoke to her, messaged her, joked with her, laughed and cried with her.

I think about her and miss her everyday.

Some days I feel bitter and angry, while others I am utterly amazed at how strong human beings can be.

It’s OK to not be OK

After Rach died, I collapsed. I hit numerous brick walls in the weeks and months that followed.

My cancer was progressing and I fell into a dark place. I pushed it away, I ignored the enormity of it all and inevitably it all came crashing down around me.

Grief hit me when I least expected. Steve, Rach’s husband said it too – I spent so long trying to prove I was OK, that I didn’t really allow myself the space to not be OK.

Rach’s death has taught me it really is OK to not be OK. It’s normal to feel like this and it’s important I give myself the space to breathe and reflect when bad things happen.

The emotional bit aside, one of the things I found really hard was to actually accept she died.

Yes, OK that is almost certainly my emotions still talking but I couldn’t comprehend it. It felt like a bad dream.

I live in a world full of cancer, and I know that people run out of options. I know people, friends, good friends die.

But while I am the first to say it’s important to talk about death, the reality is I live in complete denial that it might really happen to me. 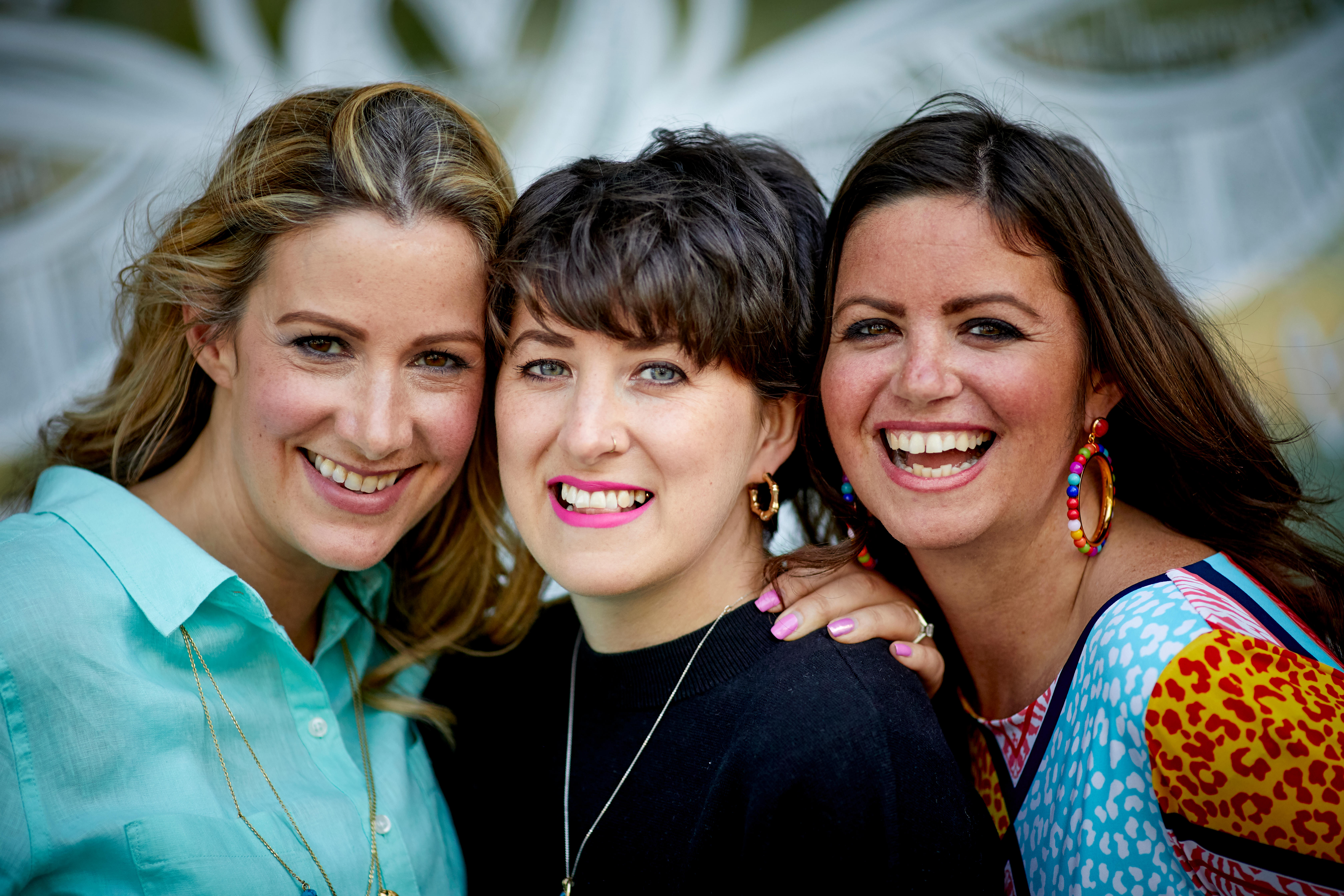 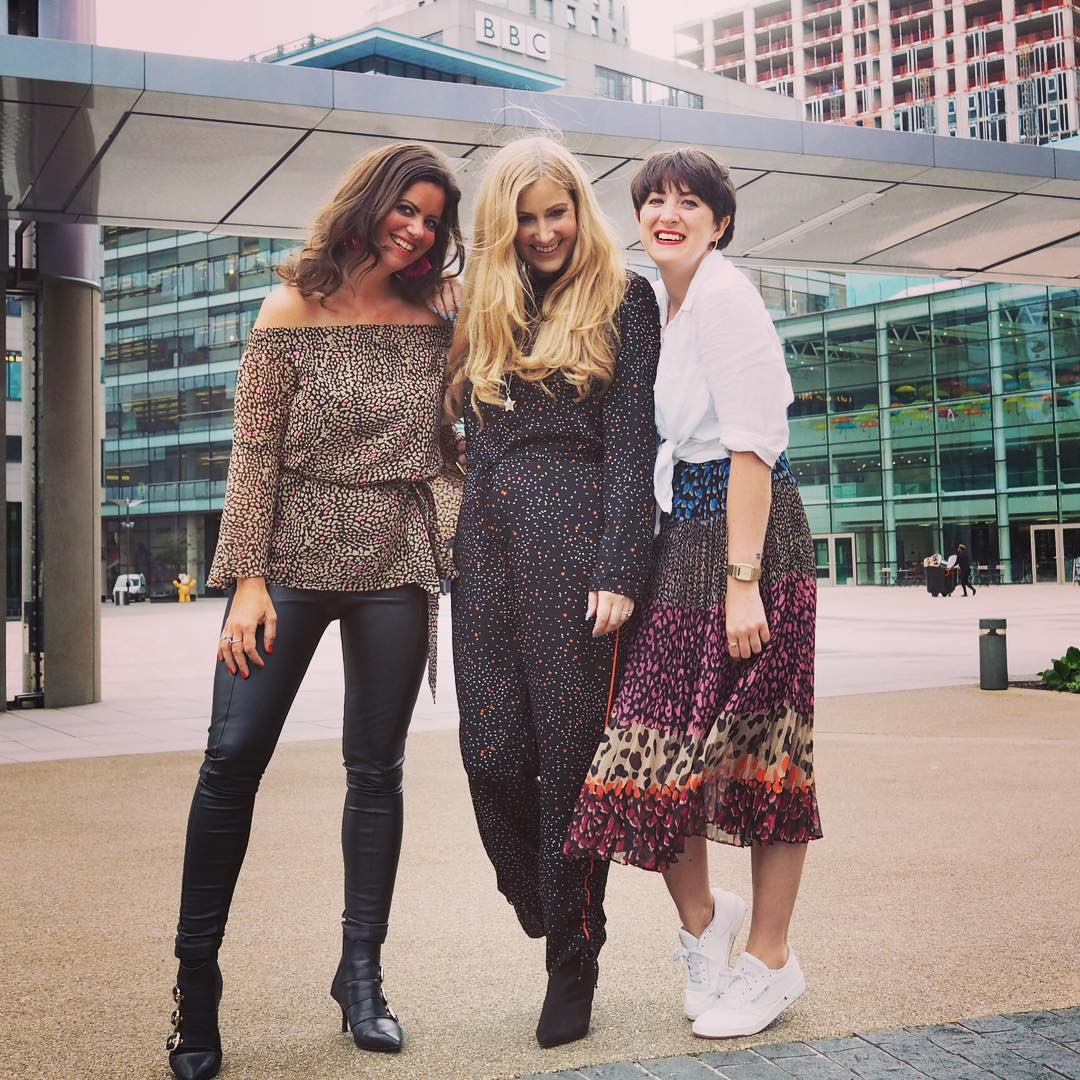 I know it most likely will, and probably much sooner than it should, but I hold on to a belief that I will be kicking around, dancing through life for a while yet.

But then, I believed Rach would too.

On paper she should still be here. On paper – I shouldn’t.

Her legacy lives on

As painful as it is, her anniversary is a good time to reflect and remember her legacy.

She will never leave me, the impact her death has had on me is monumental.

But her impact goes much further.

When she died, people talked about it. The day she shared on social media that she had just days to live, I was walking down Oxford Street. Her face was all over the news.

That was why she shared her story. It’s why I share mine.

She wanted to see her son Freddie grow up. Cancer took that from her.

So her consolation was that by sharing her story and raising awareness she might help another mum see their Freddie grow up and get old.

Rach hoped that by starting the conversation around cancer she could help other women avoid getting cancer too.

She was a force for change when it comes to how we talk about cancer.

It was her sheer determination and bravery at helping to break down taboos that will live on for generations to come. 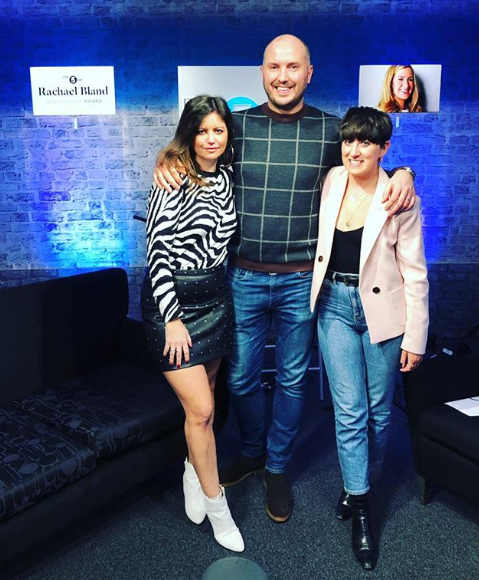 Social media is changing how we all see cancer.

The public are a fly on the wall, when I have treatment and share it on Instagram it’s like having an army of complete strangers holding my hand through it – good news and bad.

Cancer or no cancer, people can see what it’s like. There’s a better understanding now.

Cancer doesn’t just happen to old people, unhealthy people – it can affect anyone, of any age at a time in life when you least expect it.

Rach was proof – she was a young mum, wife, friend and colleague – just like you.

Get busy living with cancer

Rach showed me how to live with cancer. Even in her darkest days she was determined to show that cancer doesn’t get to take over.

On our You, Me And The Big C podcast – Rach’s brainchild – she made that a reality.

Along with Lauren and myself, her aim was to rip up the taboos and show that even with cancer you can still date, drink wine, love clothes, party, excel at work.

She helped remind me to get busy living with cancer, rather than worry about dying from it.

Don’t get me wrong it’s not easy.

Living with cancer – or any long-term disease for that matter – comes with 100s of areas of complexity.

Relationships, money, work, side effects, emotions… the list goes on.

Facing Rach’s death made me face my own

One thing we never really realised when we started the pod was that we might end up recording our deaths.

But real life got in the way and that’s where we ended up, with Rach facing her own death before we had to face coping without her. 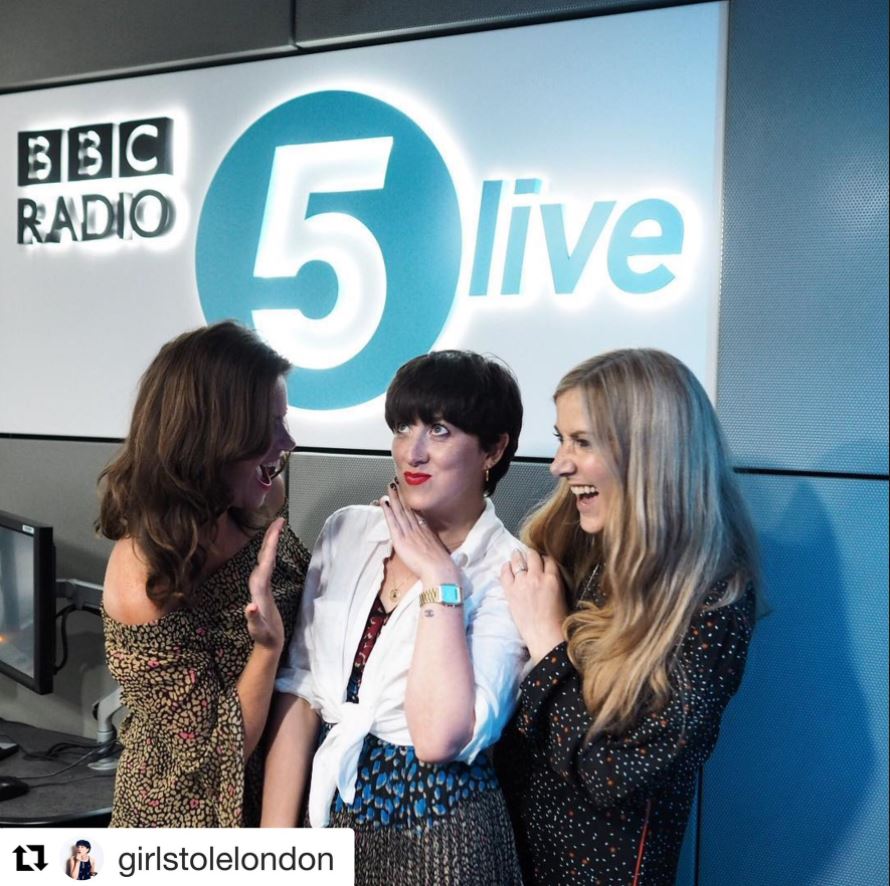 She showed me how to cope with the reality of my own death.

But watching Rach do it with such grace and humour, served as a lesson to me and I know, so many other cancer patients.

Rach started, so it’s up to us to carry on

When Rach died I wrote her a letter. I talked about her legacy and the impact of her death.

Everything I wrote was true – she did change the cancer conversation.

But, a year on, it’s important to realise that while Rach started it – that was only the beginning.

It’s up to each and everyone of us to continue to make that change happen.

There is still so much more that needs to be done.

Rach died far too young. She is one of millions who are dying way before their time is up – and it’s not fair. It’s not right and it needs to stop.

Talking about cancer, it’s symptoms, how we can help prevent it, live with it helps to raise awareness.

Early diagnosis saves lives – catch most cancers early enough and most people will have a fairly good chance of surviving.

No one can completely cancer-proof their lives but everyone can be more aware.

We can all do our bit to try and stop cancer in its tracks.

Holding on to hope

One year on, and I miss Rach like crazy.

We started this job of talking about cancer together and neither Lauren, Steve nor I are going to turn our backs on it.

We’ve got an uphill struggle, we’re only taking the first steps on a very long road to wiping cancer out for good.

The reality is, a year after Rach died the cancer conversation is still only really getting started.

But, I hold on to hope. I hope that we can continue to change that.

I hope I won’t have to say goodbye to more friends, I hope my kids will never have to live in a world where cancer kills and I hope that I get more time.

And I hope, Rach’s legacy lives on in everyone with cancer, their friends and family and we all vow to carry on what she helped start.